The Patriots currently have two tight ends under contract for 2014 -- Rob Gronkowski and D.J. Williams. It's a certainty that they will be adding more.

So this is a slam dunk when it comes to the team's most obvious need on offense. But is it the greatest need? I think it is, for the following reasons:

• Gronk's recent injury history. Word is that Gronkowski is doing well in his recovery from a torn ACL, but there remains a question as to when he will return to the field. And when he does return, how long will he remain there? With this in mind, layering the position with depth is critical.

• Williams remains an unknown. More of a "move" tight end who had solid production at Arkansas but is now on his third NFL team in four years, Williams was signed during the 2013 season with '14 in mind. He is a top candidate to fill Aaron Hernandez's old role but should expect competition.

• Hoomanawanui and Mulligan and dynamic play. Veterans Michael Hoomanawanui and Matthew Mulligan did a solid job in 2013 in filling their roles. Winning teams need players like them. But they aren't as dynamic in the passing game and contribute more as blockers, so the Patriots' dynamic play from the position was limited. Tight ends who are dual threats can be matchup nightmares, and the Patriots would be wise to attempt to bring that back to their offense.

Edelman's return is key to it all

When declaring wide receiver as the Patriots' biggest offensive need this offseason, it comes with a caveat: Julian Edelman is a big part of the equation.

If Edelman returns, the need doesn't go entirely out the door, but it certainly carries a lower priority. The Patriots invested in three players last offseason -- Danny Amendola, Aaron Dobson and Josh Boyce -- who they believe can be productive within their offense.

Add Edelman back in the mix, and the team has a four-man band that has experience within the offense.

If Edelman departs in free agency, the need grows exponentially. While Amendola, Dobson and Boyce have a year with the Patriots under their belt, Edelman was the only sure thing for the Patriots at receiver last year. His 105 catches were unexpected but needed when other Tom Brady pass-catchers ran into a multitude of injury issues.

With Brady set to turn 37 at the opening of training camp, the Patriots understand that surrounding him with capable targets is of primary importance.

Edelman is a player who fits that mold. If not him, then the team must find a viable replacement for the 2014 season. 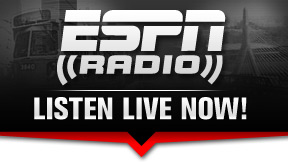