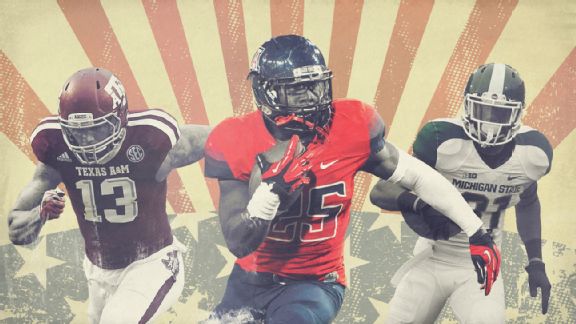 No. 1 Florida State and No. 2 Auburn will play Jan. 6 at the Rose Bowl in the final BCS National Championship, but they weren't the only big surprises in college football this season. There isn't a single repeat selection on ESPN.com's All-America team. Then again, only six of the players from the 2012 team returned to school this season. FSU, which will finish 14-0 if it wins its first national championship since 1999, leads the way with four All-American selections. They're among the nine All-Americans from the ACC. Auburn, which went 3-9 and lost each of its eight SEC games in 2012, doesn't have a single player on the All-America team. Maybe that's why coach Gus Malzahn is ESPN.com's Coach of the Year. -- Mark Schlabach