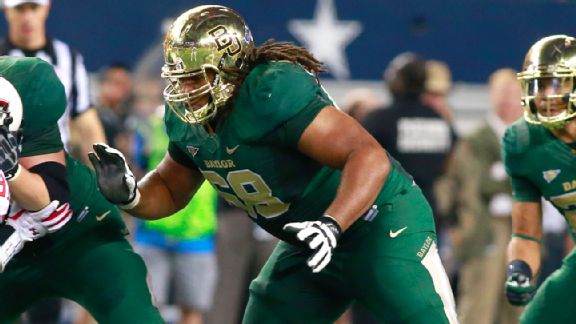 Richardson established himself as the most dominant lineman in the Big 12 last season and lived up to expectations in 2013. The 6-foot-5, 340-pound senior leads the line for a Bears offense that will go down as one of the most prolific in FBS history. Baylor is averaging 55.4 points and 635.1 yards per game, and its line is allowing just 1.2 sacks per game. Richardson has led the Bears in knockdown blocks in every game this season and had 67 through his first nine games. He was one of three finalists for the Outland Trophy and won Big 12 Offensive Lineman of the Year for a second straight season.
-- Max Olson