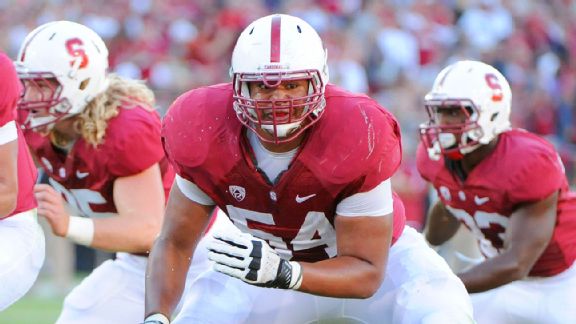 In leading the Cardinal to their second straight Pac-12 championship and fourth straight appearance in a BCS bowl game, Yankey emerged as a quiet yet dominating leader of one of the top offensive lines in the country. He helped running back Tyler Gaffney rush for 1,485 yards on 284 carries with 17 touchdowns and anchored a unit that helped the Cardinal average 208.5 yards per game on the ground with 25 rushing touchdowns during the regular season. He was just as stout in pass protection. During the regular season, Stanford led the Pac-12 with only 11 sacks allowed -- five fewer than any other team in the league. -- Kevin Gemmell