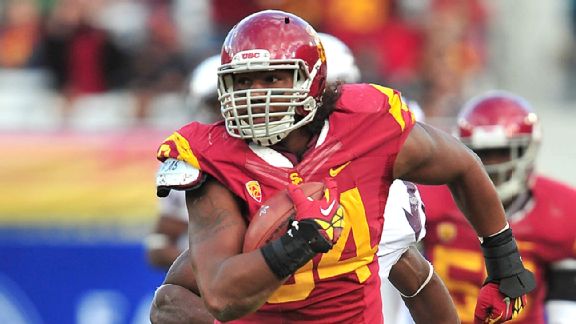 Williams, a true sophomore from Daytona Beach, Fla., was a dominating force in the middle of the Trojans' highly rated defense. Longtime defensive coach Ed Orgeron called him the best defensive lineman he has coached. Williams finished the regular season second on the team with 73 tackles. He also had 13.5 tackles for a loss, 6 sacks and 4 other quarterback hurries. He forced two fumbles and grabbed an interception. He was the best player on a defense that ranked 16th in the nation in total defense, 20th in rushing defense and 23rd in scoring defense.
-- Ted Miller