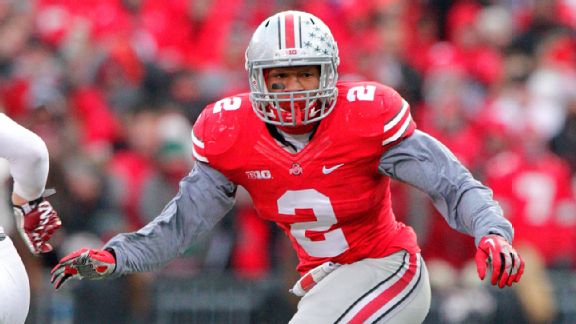 "Fear The Shazier" has become a rallying cry for Ohio State fans. It's also good advice for the Buckeyes' opponents. Ohio State's defense isn't elite this season, but things would be much worse without Shazier, the lone returning starter in the front seven. He led the Big Ten in tackles (122) and tackles for loss (21) and tied for the league lead in forced fumbles (4). He recorded 50 tackles in the final three regular-season contests. An All-Big Ten selection, Shazier was the lone Butkus Award finalist from a league loaded at linebacker. He understands and appreciates Ohio State's storied linebacker tradition and has become a team leader this season. -- Adam Rittenberg