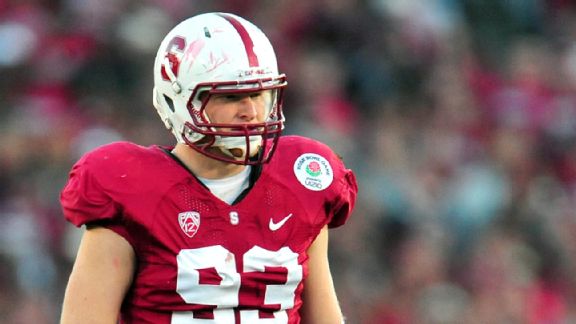 The explosive, athletic OLB led the Pac-12 with 13 sacks and was second in the league with 19.5 tackles for loss. Alongside a front seven considered one of the nation's best, Murphy headlined a Stanford defense that led the conference in scoring defense (19.0 points per game) and rushing defense (87.3 yards per game). Including the Pac-12 championship game, Stanford's rush defense ranks third nationally and allowed seven rushing touchdowns in 13 games. His ability to stop the run is exceeded only by his ability to rush the passer, which led to several Stanford turnovers, including a 30-yard interception and touchdown by Murphy. -- Kevin Gemmell