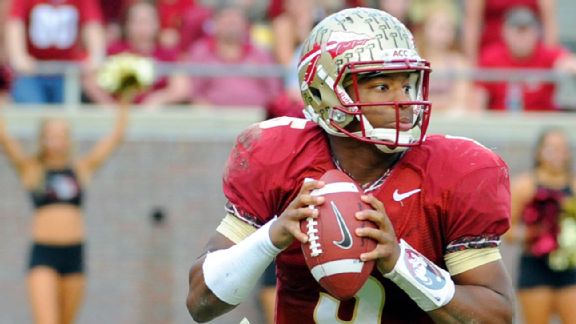 With just a little more than a week to go until Florida State's opener against Pitt, coach Jimbo Fisher still hadn't named his starting quarterback. The race between Winston and Jacob Coker was too close to call, he said, but the fans knew Winston would be the guy. He's been needed for just half of FSU's second-half snaps, but his 25 TDs in the first half are more than 108 qualified QBs have thrown all season. He leads the nation in pass efficiency, and throws a touchdown every nine attempts. He's the first freshman to win the ACC Offensive Player of the Year award, and is the second straight freshman to win the Heisman Trophy. -- David Hale