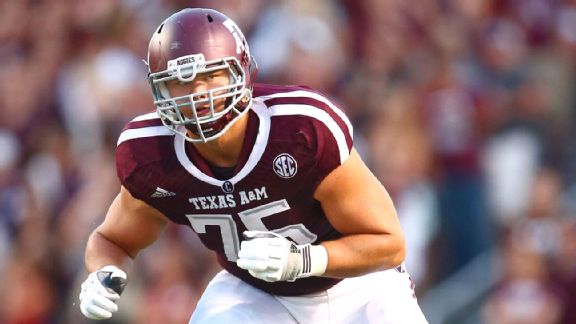 The 6-foot-5, 305-pound OT has been a solid, steady force since moving to the left side (he spent his first three years at right tackle) and was an Outland Trophy finalist. With Matthews, the son of Pro Football Hall of Famer Bruce Matthews, anchoring the line, the Aggies have the SEC's No. 1 offense in points per game (43.6) and yards per game (538.2). He has been versatile, too. He spent two games at right tackle as the Aggies shifted the line around when right tackle Cedric Ogbuehi missed time with an injury. He's projected by many scouts to be a potential top-five pick and likely the first offensive tackle taken in the draft. -- Sam Khan