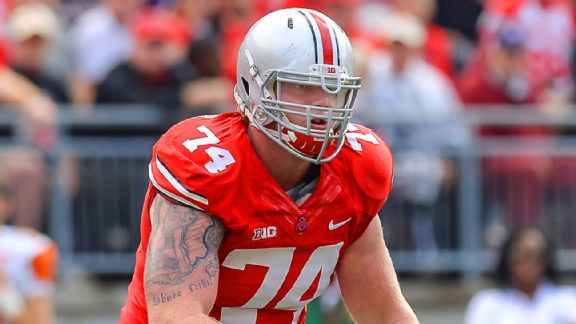 Urban Meyer may not like to single out performances, but the Ohio State coach has no problem identifying the most important leader on his team. The Buckeyes have never made it a secret who sets the tone, but saving the senior left tackle for the final introduction on senior day only offered confirmation of how critical Mewhort's contributions off the field have been as his college career draws to a close. On the field, he's obviously been no slouch, either, anchoring a line that opened up holes for the nation's second-ranked rushing attack and offered tremendous pass protection for a unit that collectively allowed just 15 sacks. -- Austin Ward