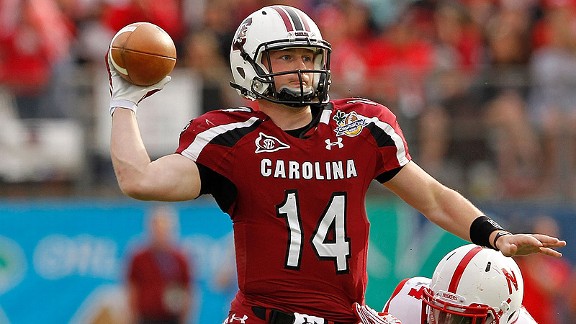 The Gamecocks have taken major steps each of the past two seasons, winning 11 games for the first time in school history in 2011 and making their first appearance in the SEC championship game in 2010. The obvious next step would be winning an SEC title, which remains Steve Spurrier's goal. Quarterback Connor Shaw ended last season playing his best football, and the "Head Ball Coach" loves Shaw's work ethic. On defense, the Gamecocks should again boast one of the best and most active front sevens in the league, and sophomore end Jadeveon Clowney is poised to go from talented freshman to one of the premier defensive playmakers in the league. The October schedule is brutal, but this is a program that's on the move. -- Chris Low, ESPN.com SEC blogger