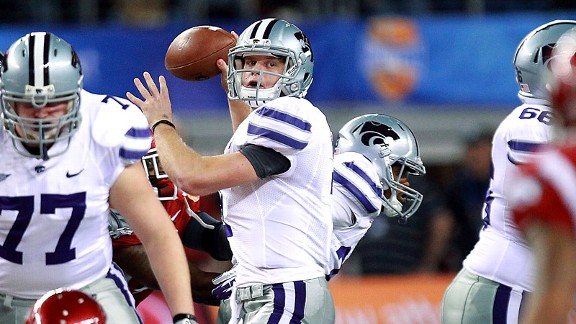 Quarterback Collin Klein and linebacker Arthur Brown are among 17 returning starters from last season's 10-win team that finished second in the Big 12, but Bill Snyder's Wildcats are still picked to finish just sixth in the league this season. The biggest reason why? The Wildcats won eight games by less than a touchdown, winning several with fourth-quarter comebacks, despite being outgained in total yardage. Still, this year, it's clear this team will have plenty to prove, even if it's only proving something to everyone outside Manhattan. The Wildcats will get a couple of chances early when they host Miami and travel to Big 12 favorite Oklahoma. -- David Ubben, ESPN.com Big 12 blogger