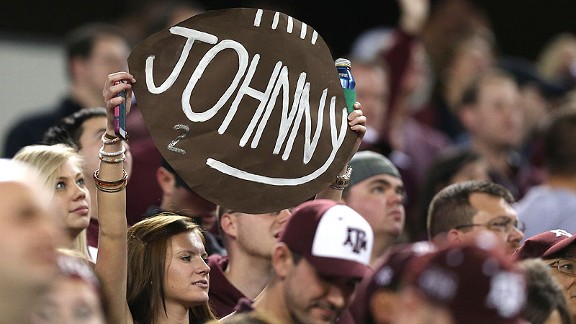 Expectations in College Station are as high as they've ever been with Texas A&M coming off an 11-2 season in 2012, the Aggies' first as SEC members. Heisman Trophy-winning quarterback Johnny Manziel, the first freshman to take the award, returns, although reports that Manziel allegedly was paid for his autograph have dampened the mood some. Around Manziel are five returning starters on offense, including leading receiver Mike Evans and potential first-round draft pick Jake Matthews at left tackle. The defense is where the questions lay -- the Aggies return just five starters there and are young in the front seven. But the Aggies have the look of real contenders in the SEC. -- Sam Khan