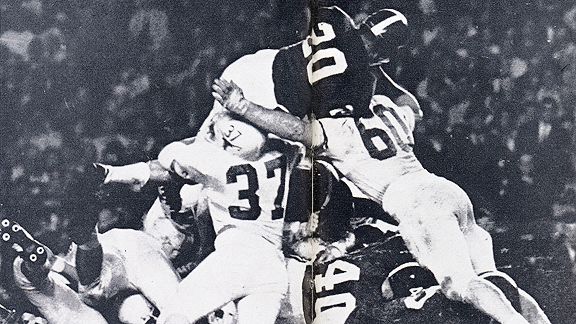 Jan. 1, 1965: Alabama was ranked No. 1 and possessed a clear shot at the national title heading into the Orange Bowl, which would be the first-ever night bowl game. An Alabama defense that had allowed 67 points all season was gouged for 21 in the first half, and the Crimson Tide was down 14 at halftime. Joe Namath rallied the Tide and had a chance to win the game on a fourth-down quarterback sneak from inside the 1-yard line. Namath insisted he crossed the goal line, but officials disagreed, spotting the ball short.