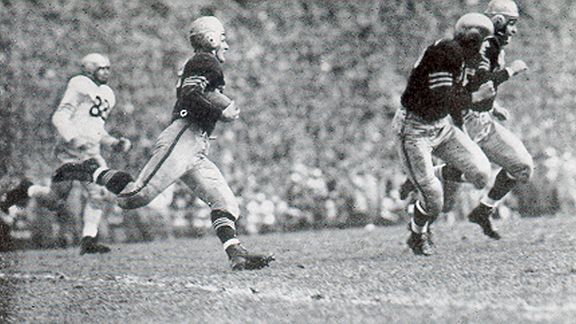 Battle On The Field

Dec. 2, 1950: Army was 8-0 and ranked No. 2 in the country. Navy was 2-6. But behind quarterback Bob Zastrow, the Midshipmen orchestrated the storied rivalry's biggest upset. In the second quarter, Zastrow ran for a touchdown and passed for another, leading Navy to a 14-2 victory at Philadelphia's Municipal Stadium. President Harry S. Truman witnessed the surprising outcome, but the rest of America could only listen. It was the last time the Army-Navy game wasn't televised.