What is Rangers' biggest need at trade deadline?

Lee, Darvish would be 1-2 punch

It's easy to lose sight of the top priority at the trade deadline when you're watching the Texas Rangers struggle at the plate and be unable to score runs.

The June swoon has featured an offense incapable of delivering a clutch hit. But quietly, it's also featured a pitching staff struggling to find any kind of consistency. The ERA has gone up by more than a run this month, and three-fifths of the rotation are young pitchers -- Nick Tepesch, Justin Grimm and Josh Lindblom -- still trying to find their way.

That's the area that Rangers general manager Jon Daniels and his front office staff must address before the trade deadline. As poorly as this offense has produced recently, pitching wins championships. And right now you're looking at Yu Darvish and Derek Holland and a hodgepodge of youth. That's not good enough come the postseason.

Daniels can't sit back and assume that Colby Lewis or Matt Harrison will be available or even productive at the end of the season. By then, it might be too late anyway to make a playoff push.

Does that mean overreacting? Absolutely not. And if Giancarlo Stanton is available, you go after him and put him in the outfield and in the middle of your lineup. But pitching has to be on the top of the Rangers' wish list.

Cliff Lee is one pitcher who could be on the market. The 34-year-old veteran continues to pitch well despite his team struggling. It's possible that the Philadelphia Phillies could work themselves back into playoff contention, but if they don't, it makes sense they'd shop Lee's high price tag before the end of July.

The Rangers can get Lee without giving up Jurickson Profar, if you ask me. I'm not even talking about trading Profar for an aging pitcher who is making $25 million for two more seasons after this, not to mention a buyout or vesting option for another year after that.

How much better does this rotation get with Lee and Darvish on top of it? All of a sudden, Holland is a No. 3 and things look a bit brighter in a seven-game series. But with this staff struggling, the Rangers not taking advantage of Darvish's starts and Holland pitching inconsistently, they need another top-flight arm on top of the rotation. Lee fits that bill.

And if not Lee, other top-flight starters could become available. And that has to be the priority.

If you had asked me this question a week ago, I would have said that the Rangers needed to focus on acquiring a pitcher at the trade deadline. Preferably a reliever.

Then this past week happened.

The Rangers' offense has proven through 70 games that it needs help, and it's only been magnified during this 1-7 stretch where they've scored only 10 runs in those losses.

The Rangers' outfield is the biggest area of concern. Corner outfielders are supposed to provide offense, and it's just not happening this season for Murphy. And after 2 1/2 months, a .209 batting average and .640 OPS (on base plus slugging percentage) just doesn't cut it.

Who could they deal for? Andre Ethier (Los Angeles Dodgers) is a name likely to come up. How about the Minnesota Twins' Josh Willingham? Or Carlos Quentin of the San Diego Padres?

Willingham has scuffled this season much like Murphy, batting .211 with 10 home runs and 31 RBIs. But he's always been a tough out with a career .839 OPS. Quentin (7 HRs, .838 OPS) is another guy who would provide pop in the middle of the lineup.

And the Dodgers will be looking to deal an outfielder with Matt Kemp soon returning from the disabled list and the emergence of Cuban phenom Yasiel Puig. Ethier, who has struggled this season at the plate and with an injury, could be an interesting fit, though a right-handed bat makes more sense for the Rangers.

And don't forget the elephant in the room: Nelson Cruz could potentially face a 50-game suspension as he's linked to the Miami Biogenesis clinic investigation.

Losing Cruz, whose 18 home runs are among the American League leaders, would be a major blow for the Rangers. Heck, the Rangers might need to trade for two outfielders at the deadline.

Factor in the inconsistent play of Leonys Martin and Craig Gentry, and it makes trading for an outfielder the No. 1 target for the Rangers as the July 31 deadline looms.

This team needs a bat so badly, maybe they should call the Angels about Josh Hamilton. Maybe he'll get hot.

I kid. But not about the other Josh -- Willingham. He'd balance out this struggling offense. Go get him. 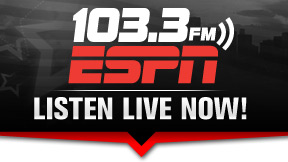 Nolan Ryan joins Galloway & Company to discuss the Rangers' six-game losing streak and how to get out of their slump.

Ron Washington joins Fitzsimmons & Durrett for his weekly visit to discuss the magnitude of Monday's win against Oakland, how he plans on using Jurickson Profar and how to handle a struggling ballclub.