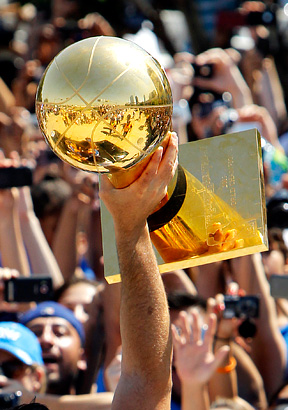 More than 200,000 fans lined the streets of downtown Dallas to share in the celebration, and the world champion Dallas Mavericks savored every moment. Tim MacMahon »

Parades Are Bigger In Texas

Led by Jason Terry's 19 first-half points (27 overall) and Dirk Nowitzki's 18 in the second half (21), the Mavericks proved to be too much for the vaunted Heat defense. The Mavs shot 50 percent from the floor and were 11-of-26 (42.3 percent) from 3-point range. The contributions were widespread as all nine players who logged minutes scored. DeShawn Stevenson made three 3s in the first half. J.J. Barea, 3-0 as a starter in the Finals, had 15 points and five assists. Shawn Marion had 12, Jason Kidd and had nine with two big 3-pointers and third-string center Ian Mahinmi scored four points, including a buzzer-beating jumper from the elbow to put Dallas up 81-72 after three quarters..

Dallas preached defense all season and made it count in the Finals. Miami shot 47.2 percent, but the Mavs managed to keep both LeBron James and Dwyane Wade under control. James finished with 21 points, but after scoring nine in the opening four minutes, he experienced a long drought that saw him with just 14 points after three quarters. Dwyane Wade was 6-of-16 from the field for 17 points. Again, the Mavs zone discombobulated the Heat offense, helping to produce 17 turnovers that the Mavs converted into 27 points. And the Mavs again got Miami into taking more 3-pointers than it would like -- the Heat made just seven of 23 (30.4 percent).

If not for Jason Terry's huge first half, Nowitzki's 1-of-12 start to Game 6 might have been fatal. He missed from just about everywhere on the floor and finished with three points in the first half thanks a technical-foul free throw. But Dirk doesn't stay cold forever and it was an ominous sign for the Heat that they trailed 53-51 at the half, despite Dirk's struggles. Then came the second half and like clockwork, Nowitzki drilled the first shot he took and he started to regain his touch. Nowitzki was 8-of-15 from the floor in the second half. He finished with 11 rebounds for the fourth time in the series and turned it over just twice in 39 minutes.

What more can be said about the job Rick Carlisle did during this entire postseason? He badly outperformed Heat coach Erik Spoelstra throughout the series. Even after switching up his starting lineup, he ran his rotation flawlessly, getting excellent performances out of role players who saw little playing time during the playoffs. Brian Cardinal came in and immediately hit a 3-pointer. DeShawn Stevenson again played solid defense and hit three 3-pointers. Carlisle's insertion of J.J. Barea now looks like a legendary decision. 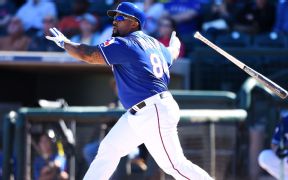 Last Season:
Did not qualify

FINALS NOW AND THEN: MAVERICKS-HEAT 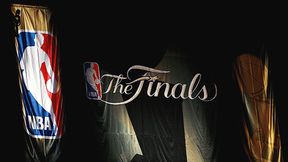 
Finals history then and now: Mavs-Heat

ORLANDO, FL - OCTOBER 9: Duncan Robinson #55 of the Miami Heat speaks to the media following Game Five of the NBA Finals on ...

Buy NBA Tickets and all other Basketball Tickets at StubHub!