ESPN.com-  Print-  Send to a Friend
The Art of Being Ichiro By Jim Caple
ESPN.com Senior Writer

When we hear how a Japanese craftsman sews his gloves by hand or how
he stores his bats in a hard-cover case with a chemical rod to
control the humidity, we want to think of Ichiro as a mystic from
the Far East. When he drops a quote on us as rarely as he does a flyball
and when he answers questions through a translator with his back turned
to reporters, we want to think of Ichiro as a Zen-like philosopher
sparingly dispensing wisdom.

We want to think of him as we do "Area 51," the nickname for the grassy
lawn he patrols in right field -- mysterious and alien.

But roll down those smoked windows and remove those sunglasses for a different
perspective. Then we see an Ichiro who speaks English (and Spanish) but reveals
little in any language because he dislikes reporters and enjoys his privacy, someone
who listens to hip-hop and rap, wears a goatee and dresses as if he's on MTV, reads
comic books, likes "Star Wars" and loves playing with his dog. And, of course,
someone who hits the hell out of a baseball.

Even Phil Jackson would tell you that's not Zen. That's American. [+] 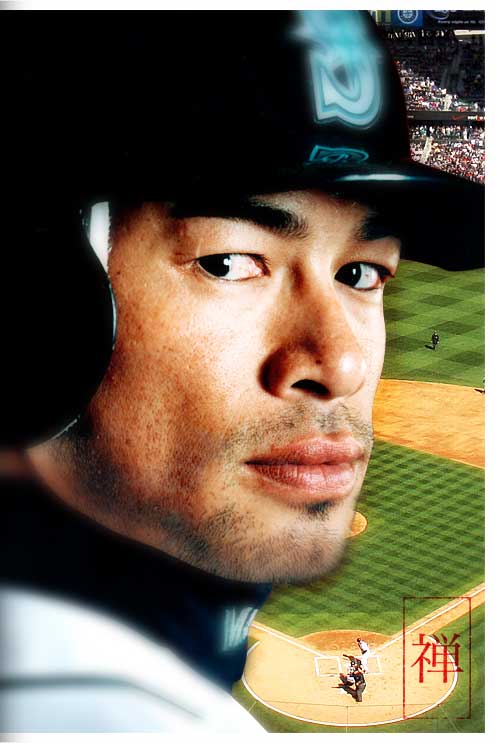