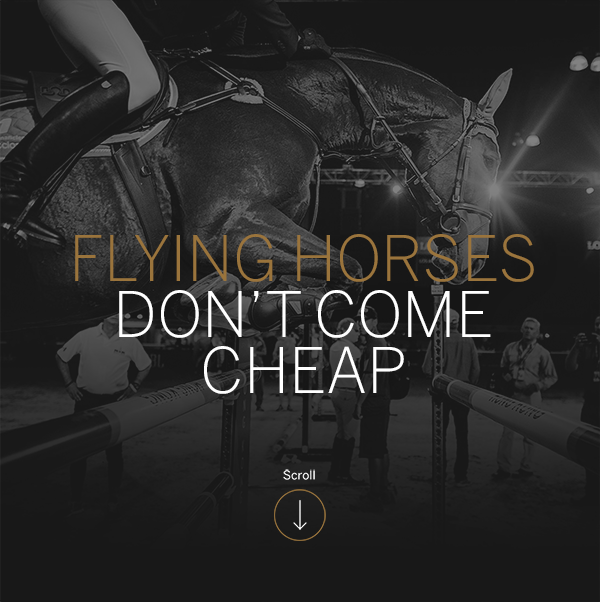 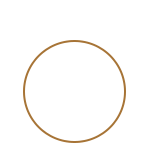 While the well-heeled drank $100 bubbly and tried not to stare at celebs, the rest of the Los Angeles Convention Center got down to business for the third leg of the Masters Grand Slam Indoor -- the world's most prestigious show-jumping competition, which drew horses from around the globe in September. For the full equine experience, hop on board with 51 European competitors for their nonstop flight from Belgium, a horse-flying hub, to L.A. For your safety and comfort, please remain seated with your seat belt fastened.

All by himself
A horse on the farm of Olympic gold medalist Rodrigo Pessoa in Belgium says goodbye to two friends who leave for their journey to LAX to compete in the Masters.
PHOTO BY MACIEK NABRDALIK

A little light cardio
This treadmill at Pessoa's farm offers an easy warm-up to get horses ready to compete -- and serves double duty as a leg-loosening walk before a long flight.
PHOTO BY MACIEK NABRDALIK

Long commute
All of the 51 European horses traveled by trailer to Liege, a preferred hub because of its central location and specialization in equine transport. From Pessoa's farm, it was just a 60-mile trip, but others came from around the continent.
PHOTO BY MACIEK NABRDALIK

Et Champagne gratuit?
Horses don't get free headsets, but there are upgrades. About half these horses fly economy -- three to a container -- while the others splurge on business class and have just one partner. (A major competition like the L.A. Masters pays to transport top-30-ranked entrants, but owners pay for upgrades.) "If a horse is a bad shipper, owners will opt for a double stall," says Richard Spooner, one of America's top riders in the event..
PHOTO BY MACIEK NABRDALIK

Bumpy ride
Horses are placed in the custom-designed stalls, loaded onto pallets and moved into the main deck of the aircraft by hydraulic lift -- about a three-hour process. "The most difficult part of the transport is the loading and off-loading," says Filip Vande Cappelle, whose company handles travel logistics. "The containers make noise and there's no suspension, so if they're not used to it, horses might get scared.".
PHOTO BY MACIEK NABRDALIK

Limited seating
This flight had seats for seven grooms, one equine flight attendant and one veterinarian. The grooms, selected based on their riders' rankings, make sure water, grain and hay are replenished and the animals are comforted. .
PHOTO BY MACIEK NABRDALIK

Horses' helpers
There's not much room to spare once the horses are loaded, which means it's important that those on board are comfortable with the job. "We want to have people on board who know what flying with horses is all about," Vande Cappelle says. "You can be a perfect horse groom, but if you're afraid of flying yourself, you're in trouble.".
PHOTO BY MACIEK NABRDALIK

Cross-continental
After a 12-hour, 5,700-mile nonstop flight, the horses arrive in L.A.

Unloading zone
Once the plane lands at LAX, the airport crew is in charge of unloading -- but the horse grooms are never far.

Partners in art
How many sporting events can say they have an art partner? For the L.A Masters, it's the Opera Gallery, an international art dealer with offices around the world. The competition features this "Chaplin" work by Lita Cabellut in the gallery's display.

Home away from home
Full stables are set up for each horse in the parking garage under the Convention Center -- more than 23 tons of shavings and food are brought in for the horses.

Intercontinental divide
The European and American horses are kept separate from one another to keep all horses healthy.

Lights up
Upon arrival to the competition, a rider warms up her horse in the ring and tries to acclimate the horse to its surroundings -- most notably the ad-filled LED perimeter screen, which can prove distracting. "The LED doesn't move ... it might scare the horses," says event director Matthieu Gheysen. "We do not move the ads for the 75 seconds when the rider is actually jumping."

Below deck
Padded carpet is added to the slippery concrete so horses don't slip -- especially during bath time, which happens often for these athletes.

Unconventional
This year's competition, the first major international equestrian event in L.A. since the 1984 Olympics, is held in more than 27,000 square feet of the Los Angeles Convention Center. It took "round-the-clock" work to prepare the space, Gheysen says.

Quarantine
The horses from Europe are the first to arrive to complete a 48-hour USDA quarantine. They're greeted by Dr. Richard Markell, the show veterinarian who oversees medical care for all 187 horses competing. "They get the same care as, if not better than, pro athletes," he says.

Prep work
The actual events aren't the only opportunities for the horses to get moving: They also perform long warm-ups before each event.

Top form
The success of any one horse is "one of the intricacies of the sport that makes it so intangible," rider Spooner says. "And when you win, it's so extraordinary, because everything has to come together on that day."

VIP treatment
Top dollar gets you a fine-linen-tablecloth dining experience, which can include caviar appetizers prepared by a Michelin-starred chef and a front-row view of the competition. VIP tables cost $18,750 for a seating of six and $25,000 for eight. But don't fret: If the price feels steep, there are seats in the grandstands available for as low as $30.

Costumes for charity
Hannah Selleck (scion of Tom Selleck) practices for a costumed charity run one night during the L.A. Masters. Her winnings go to JustWorld, which provides for impoverished countries, but there is also a total of $1 million up for grabs in other competitions: Belgian rider Jos Verlooy, winner of the top-level Grand Prix, will take home $156,750 for his win on his horse Domino.

From tennis courts to show courts
Andre Agassi and Steffi Graf attend the Pro-Am as ambassadors for Longines, a watch brand long associated with tennis and the title sponsor of the L.A. Masters.

After the party
There's the after-party, which keeps Saturday's show going in the convention center, featuring DJs, good food and drinks.

Famous folks
Georgina Bloomberg, tops among the celebrity offspring, takes third in the Grand Prix in front of her dad, Michael, the media mogul and former New York City mayor.