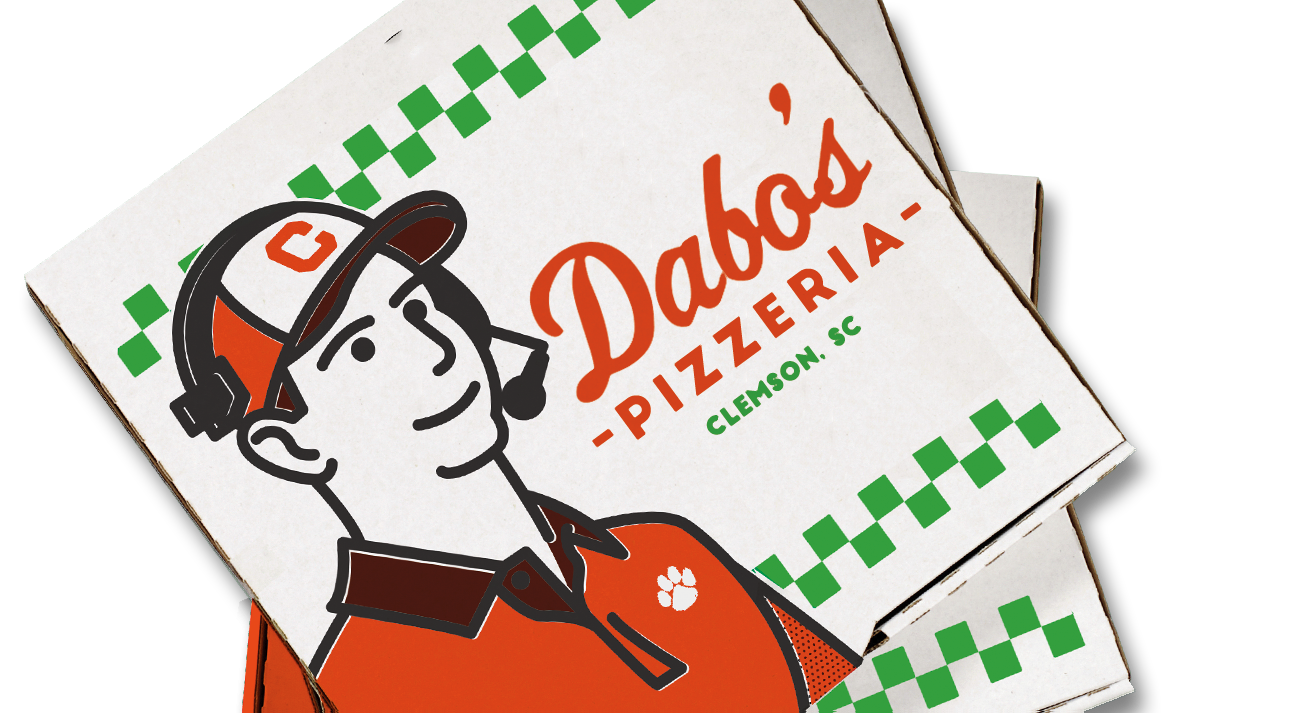 Dabo Swinney promises an epic party if the Tigers can reach the College Football Playoff. It would be a big undertaking for Clemson -- and for Clemson’s pizzerias.

In an effort to shrug off the significance of the first rankings released by the College Football Playoff committee -- rankings topped, it turns out, by Clemson -- Swinney promised the Tigers' supporters a pizza party at year's end if his team makes the playoff.

“I promise you we will have the biggest poll party you've ever seen,” Swinney said. “We'll open up Death Valley and serve pizza to everybody on December 6th. That will be a time to celebrate a poll.”

That's a hefty offer, of course. After all, feeding 81,500 hungry fans is no easy task. At an average of eight slices per pie, that's about 10,188 pizzas if everyone only gets one slice.

Turns out, feeding a stadium full of Tigers fans celebrating a playoff berth might be every bit as tough as making the playoff.

The video board at Memorial Stadium makes for good viewing of highlight plays. But at just 31 feet tall, it would be dwarfed by the pizzas delivered to Death Valley. Stack all those pizza boxes, and the tower would reach 1,380 feet -- or about 45 video boards. It would also be about 400 feet taller than the Eiffel Tower.

Dabo Swinney is one of the highest-paid coaches in the ACC, earning a base salary of about $3.3 million. So buying more than 10,000 pizzas won't necessarily force him to skip a mortgage payment, but it won't be cheap either. A large pizza at Peppino's in Clemson runs $13.99, which would put the price at about $152,000 (including tax). Oh, and don't forget to the tip the driver!

PIE OF THE TIGER

31 MILLION: Number of pushups the mascot would have to do to burn off the total pizzas' calories

It's tradition for the Tiger mascot to do pushups after each Clemson touchdown, and it would require a potent offense for him to burn as many calories as the fans in the stands might consume. On average, 100 pushups burns about 75 calories. The average slice of pizza includes about 285 calories. Add it all up, and the Tiger would need to do 31 million pushups to even out the caloric consumption of all those pizzas.

NO DROP IN THE BUCKET

637: Gatorade coolers' worth of sauce

If Clemson clinches a playoff berth, expect the players to soak Swinney with sports drink when it's over. Those Gatorade coolers typically hold about three gallons of liquid, though, which isn't all that much when you consider it would take 637 of them to hold all the sauce required to make 10,188 pizzas.

71 DAYS: How long it would take to make the pizzas one at a time

Kris Demchuck manages Peppino's pizza in Clemson, and he's a whiz at making a pie. He can whip up the dough, spread the sauce and dish out the cheese in less than 30 seconds, but it'll still take 10 minutes to bake. If each pizza Swinney bought was cooked one at a time, it would take about 71 days -- working around the clock -- to make them all.