he CONIFA World Football Cup had all the trappings of a bona fide international soccer tournament: a brand-new stadium, exciting matchups, a worldwide live stream and even souvenirs. But the 12 teams that faced off from May 28 to June 5 amid the bullet-riddled buildings of Abkhazia, a disputed region between Russia and Georgia, were missing one key thing: international recognition.

Not that it mattered much. While soccer teams from diplomatically challenged regions like Northern Cyprus, Kurdistan and Padania have long been shut out of FIFA, they've settled into a home of their own: the Confederation of Independent Football Associations.

Founded in 2013 and composed of some three dozen members from across the globe, CONIFA holds international competitions for de facto states, micro-nations and other ethnic groups that have few chances to play together. Born partly out of frustration with FIFA's membership requirements, the organization also serves a more humanitarian purpose: celebrating its underrepresented members and their fans. It held the first World Football Cup in June 2014 in Sweden, and the Abkhazia edition was the second global tournament.

For Amarvir Sandhu, a 20-year-old player from Panjab, a geographic region shared by northern India and eastern Pakistan, the tournament was a rare platform to showcase his team's talent. "I'm sure that a lot of people probably haven't heard of Panjab or don't know where it is and who probably -- definitely -- think we can't play football," Sandhu said.

Sandhu and his teammates proved the skeptics wrong: Panjab made it to the finals and was defeated only after Abkhazia equalized in the 88th minute and won 6-5 on penalties. Here's a look at how the rest of the tournament played out. -- Dan Peleschuk 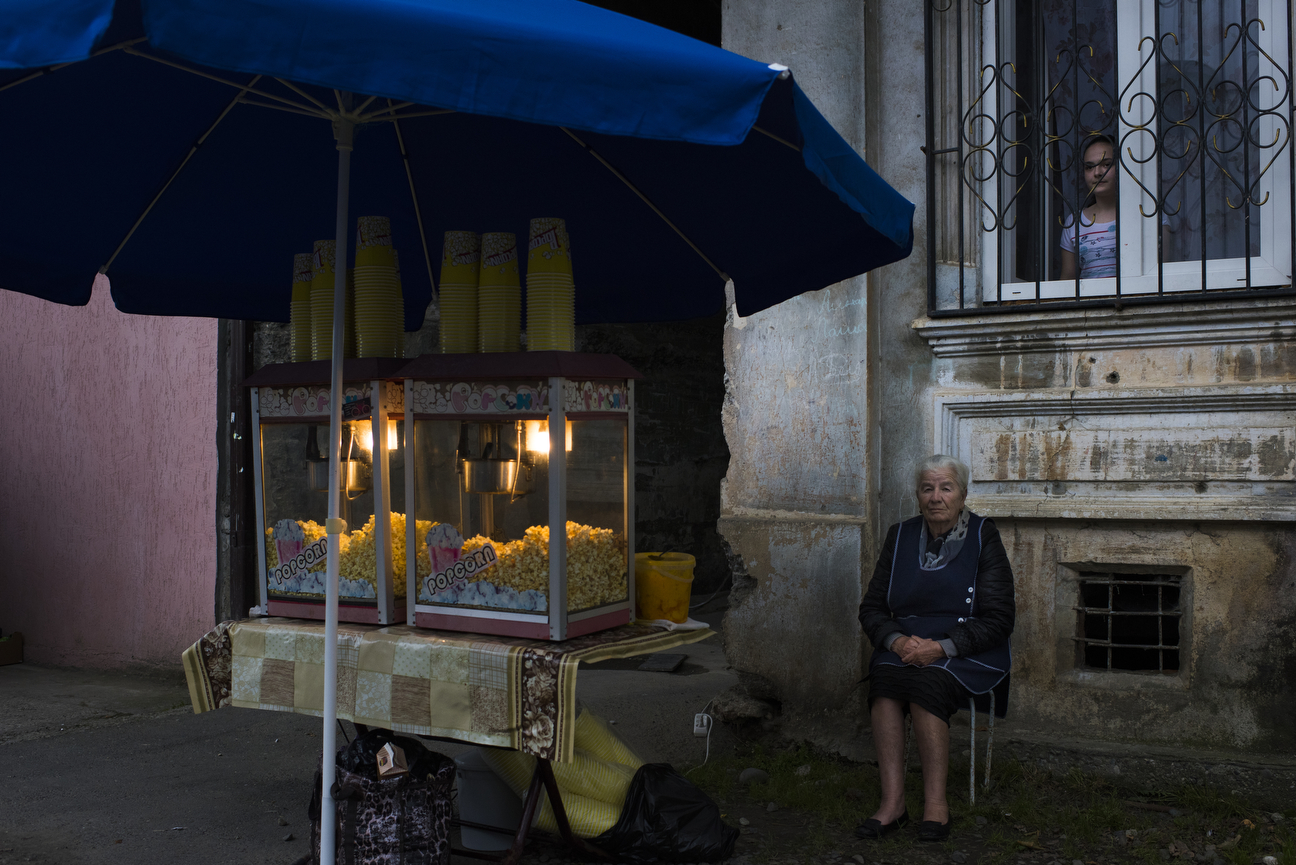 Lyuba Agrba, 79, sells popcorn across from Dinamo Stadium before opening day of the CONIFA World Football Cup in Sukhumi. 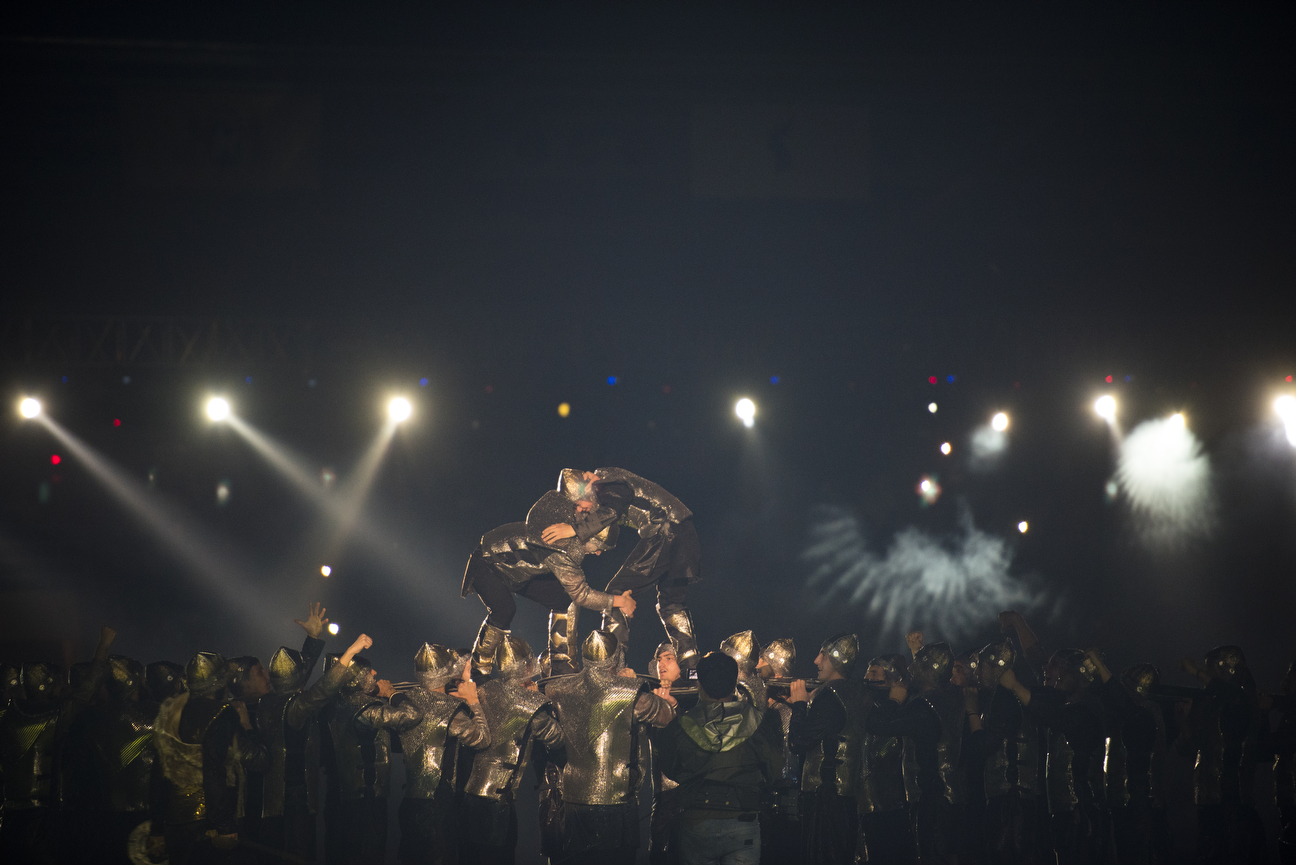 Dancers perform elaborate traditional Abkhaz dances during the opening ceremonies on May 27, which lasted several hours. 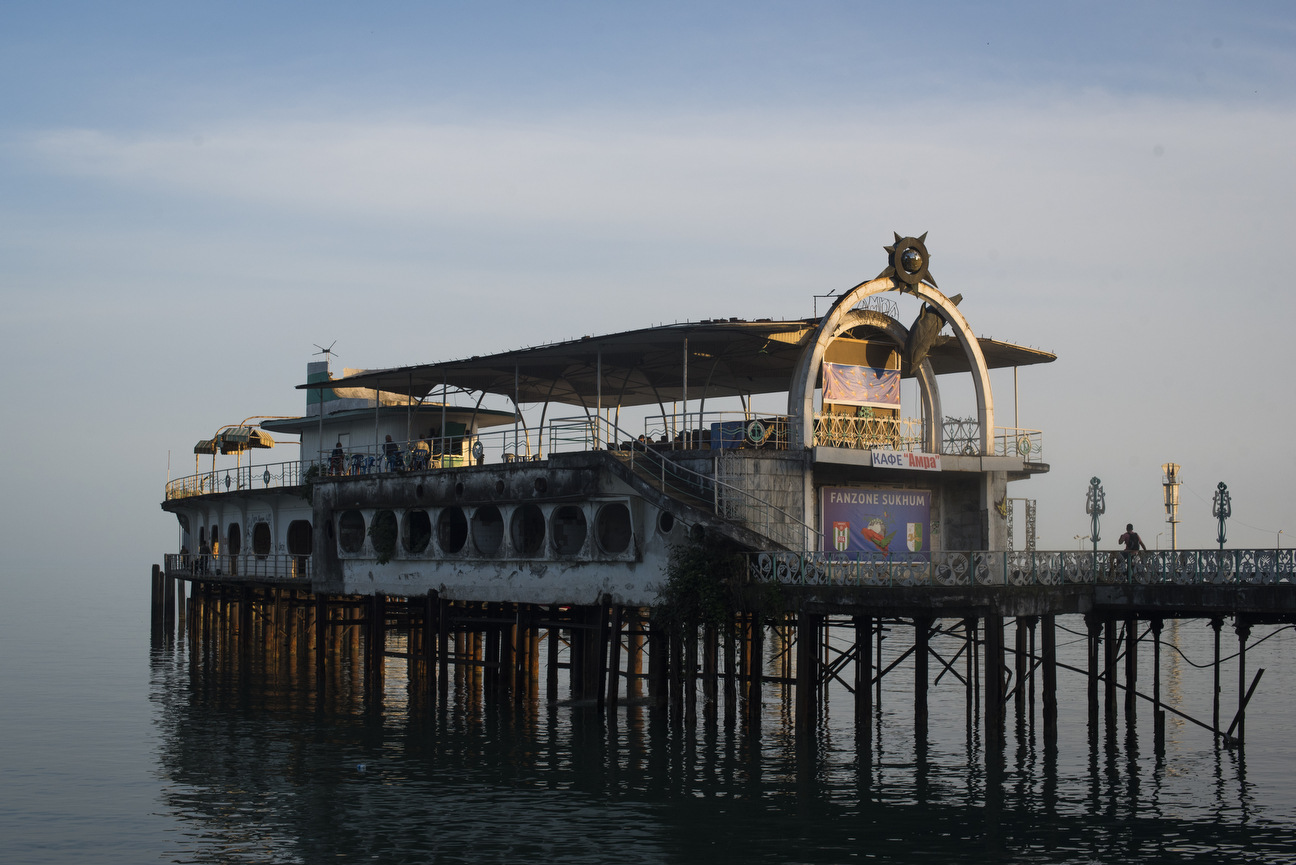 This dilapidated pier served as a "fan zone" for people unable to secure tickets to the matches. The fan zone features a cafe and a projection TV where fans gathered nightly to watch the matches. 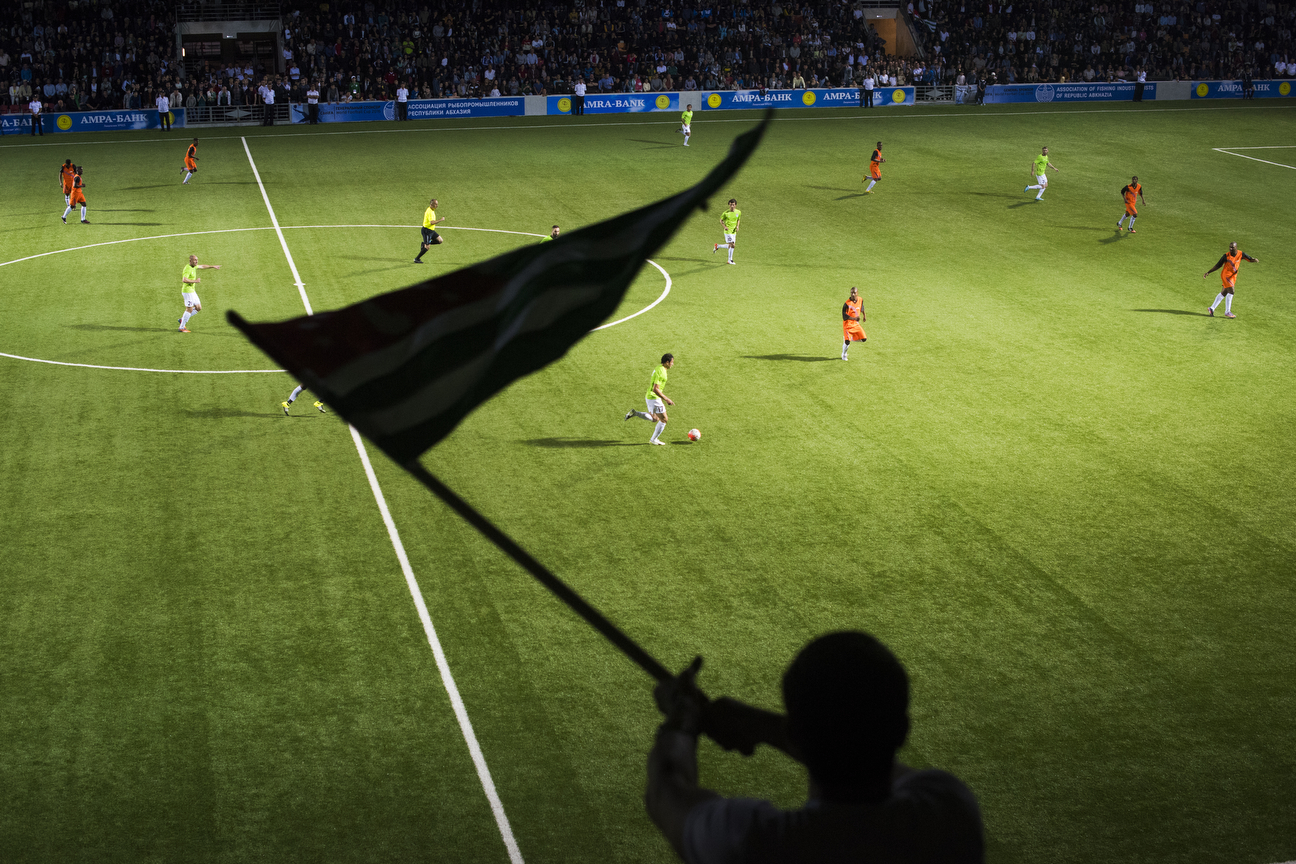 A fan waves the Abkhazia flag during his side's opening match against Chagos Islands, an archipelago in the Indian Ocean whose team finished last in the tournament. The Abkhazians won 9-0. 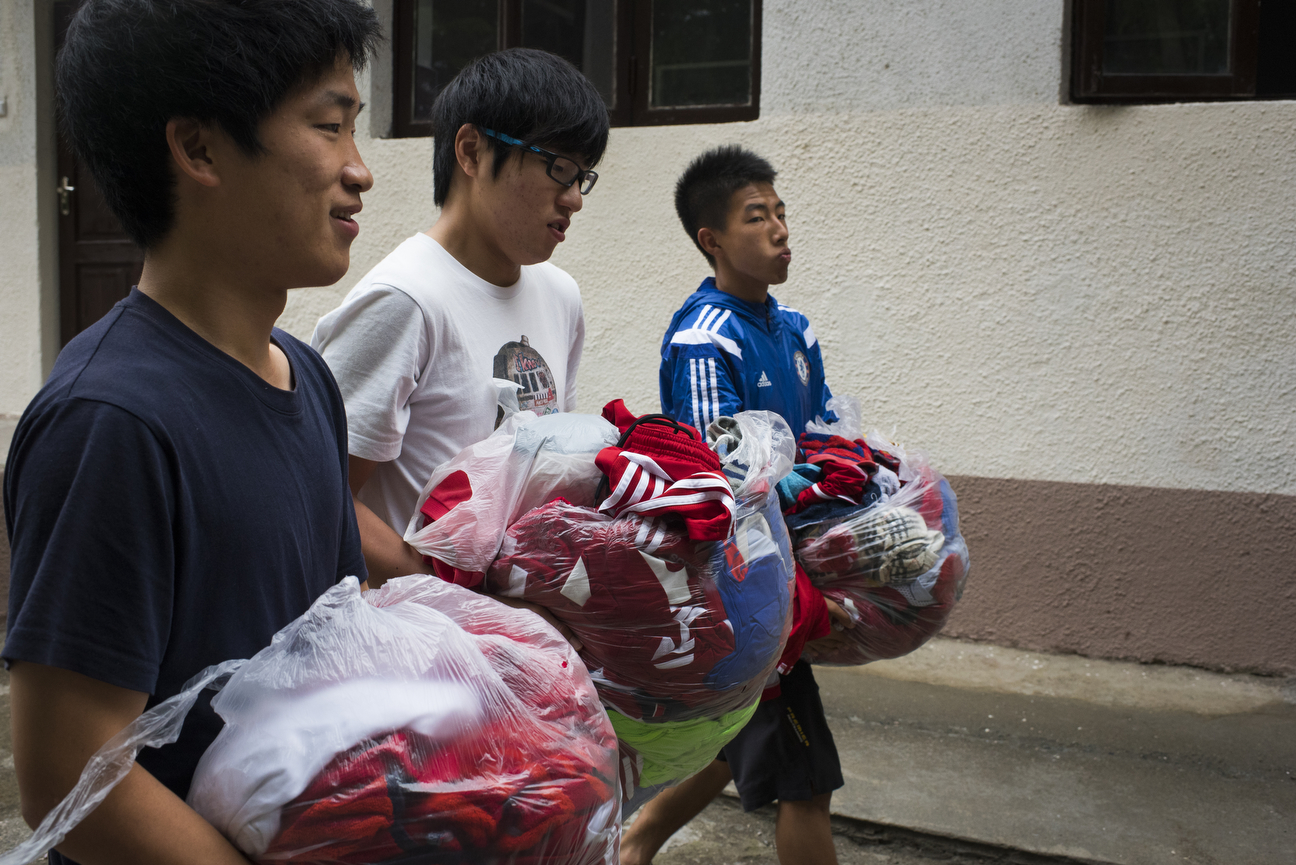 (Left to right) Lee Seon Cheoi, Kaito Akimoto and Chison Ko carry laundry for their team, United Koreans in Japan, to a facility at their hotel. Koreans living in Japan constitute one of the largest groups of ethnic minorities in the country. 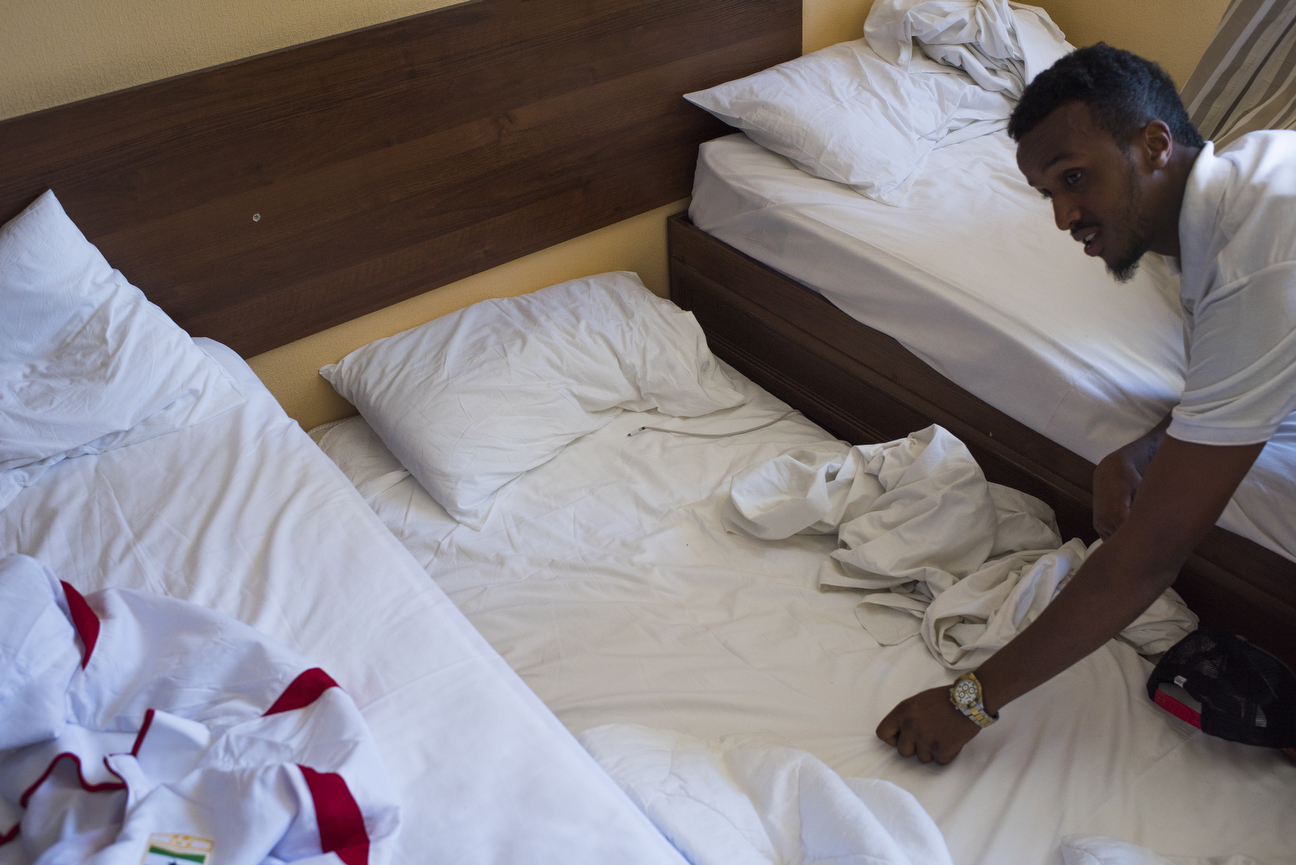 Space was tight in Abdillahi Nur's hotel room. One of his Somaliland teammates moved in on account of another teammate's snoring. Somaliland is a region of Somalia that declared its independence in 1991 but is nevertheless not recognized by any other country. 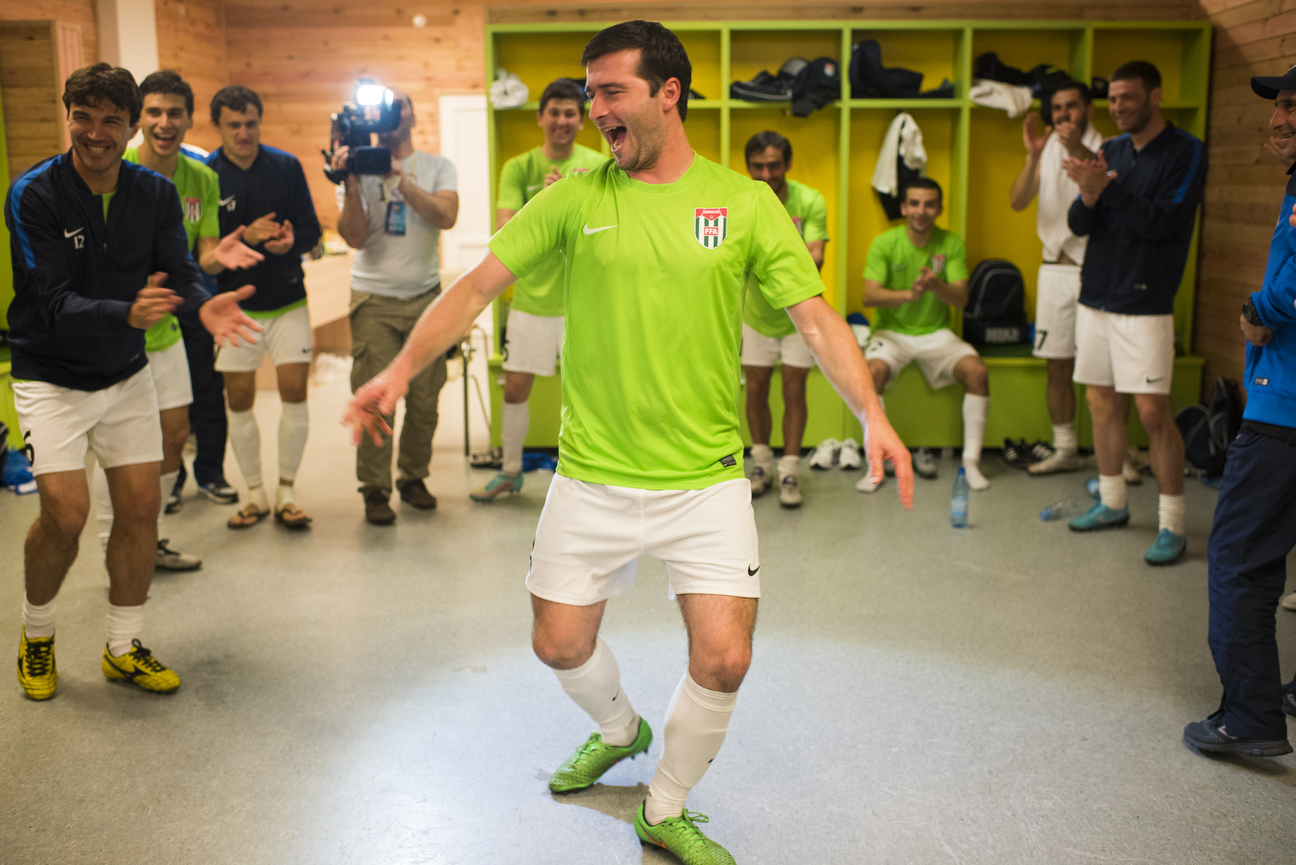 Abkhazia's George Djanaa performs a celebratory dance in the locker room after his team's 1-0 defeat of Western Armenia. 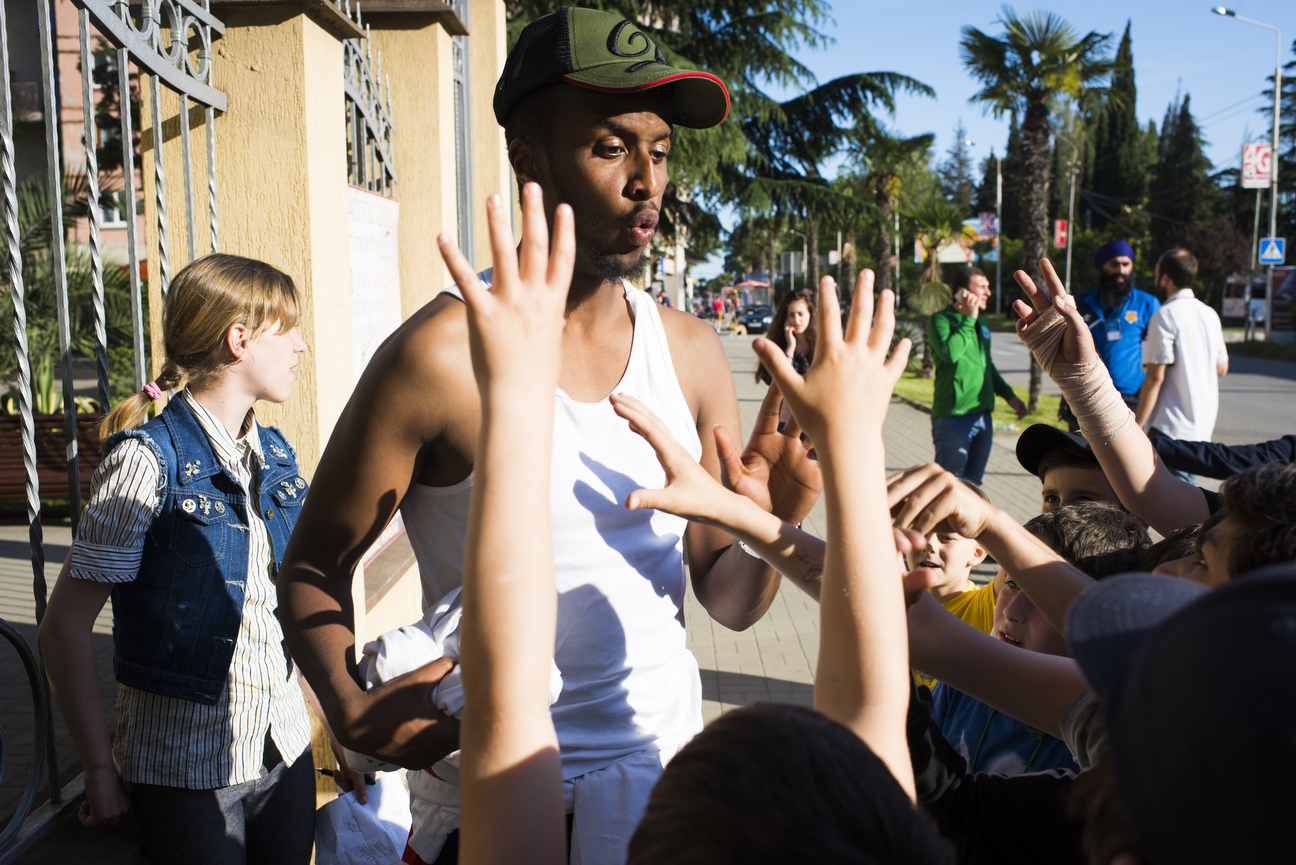 Nur gives away his shin guards, jersey and shoes to Abkhaz children after a 5-0 loss to Panjab. "I wish I had more stuff, but I don't," he says. 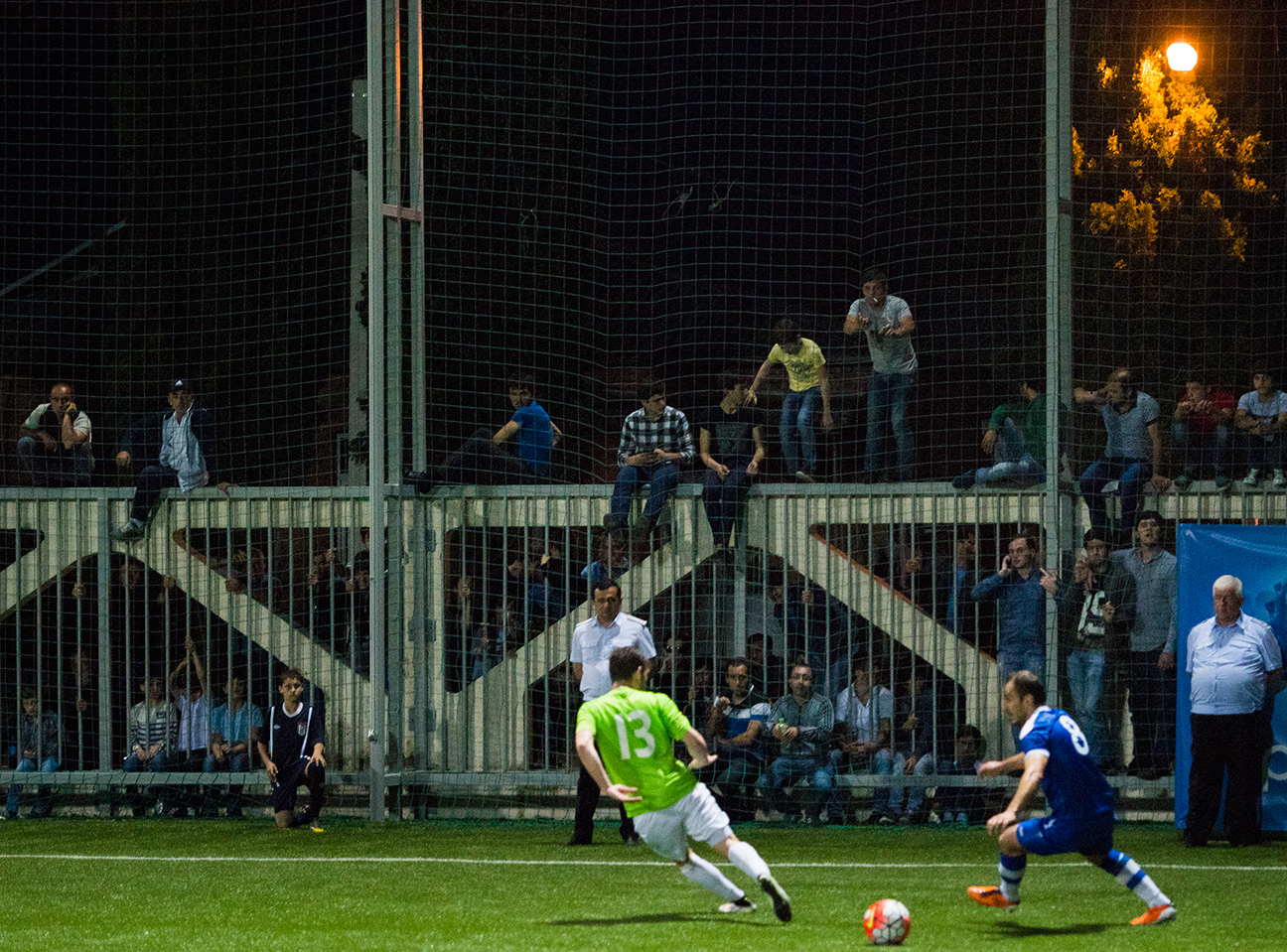 While some games were sparsely attended, opportunities to see the Abkhaz team play were eagerly sought-after. Officials estimated that there were 7,000 people in the 4,300-capacity Dinamo Stadium for this match. 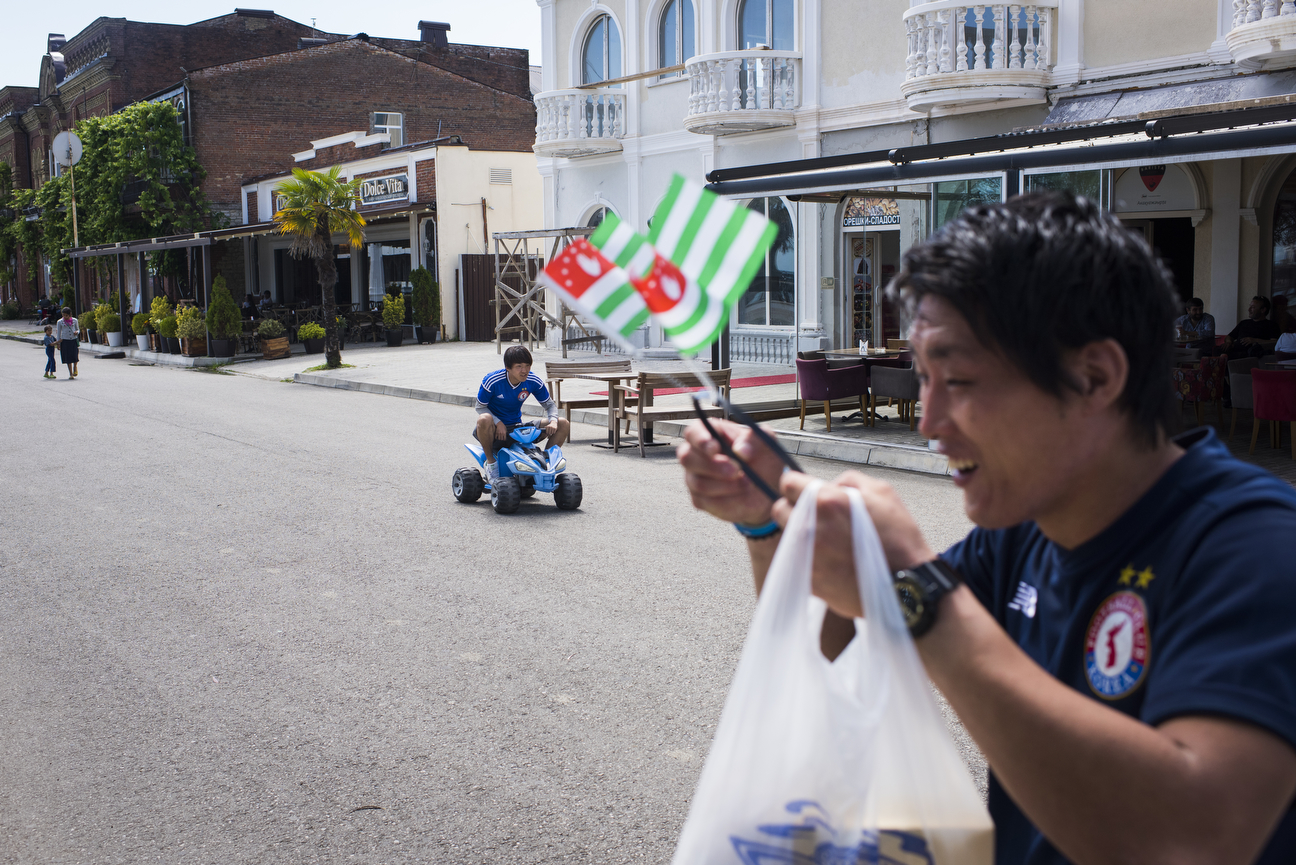 United Koreans in Japan goalkeeper Jae Gun Ri dons an Abkhaz flag headband after a trip to a souvenir shop. In the background is his teammate Jang Hwi Jeong on a toy vehicle. 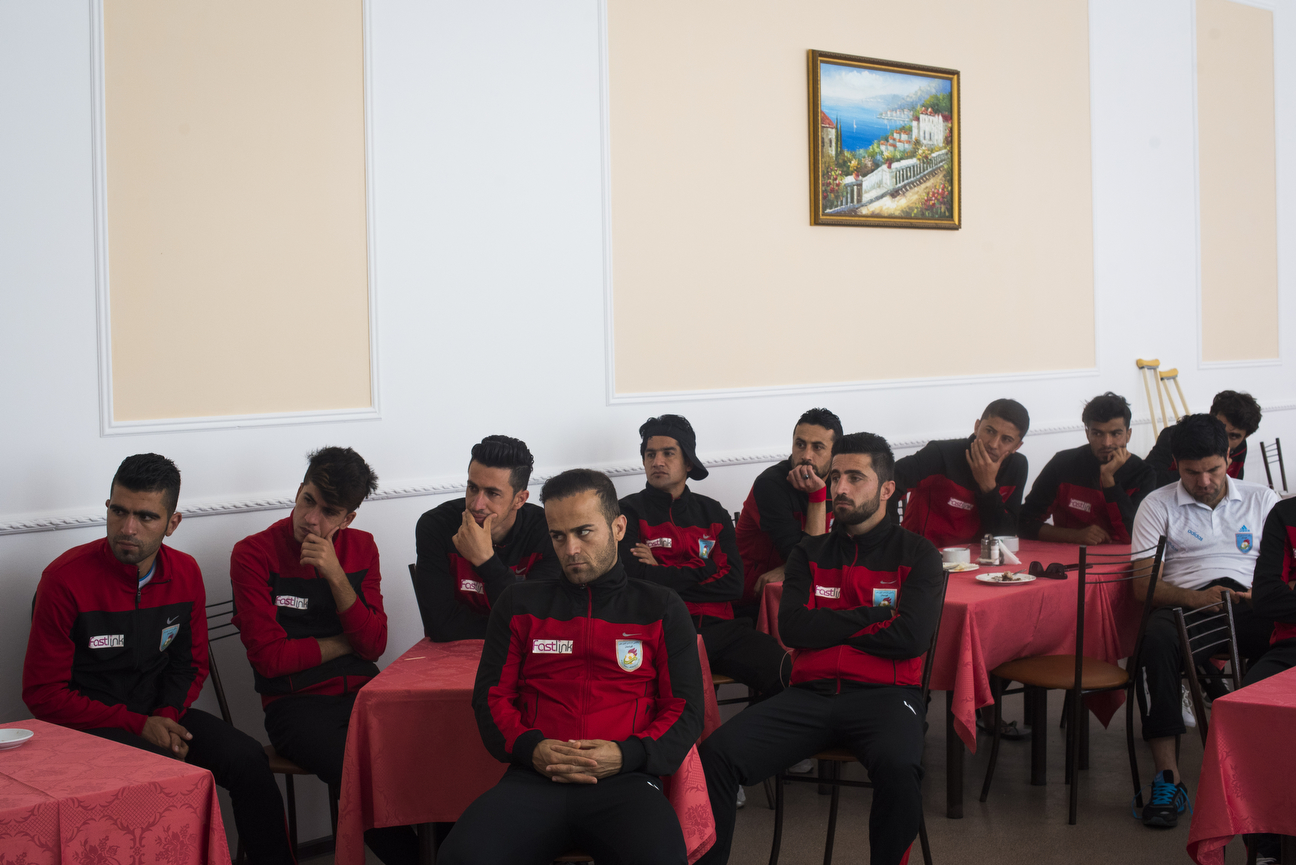 Kurdistan, which was composed of Iraqi Kurds and which brought one of the largest delegations to the tournament, was one of the early favorites. However, the Kurds were eliminated by Padania, a region of Northern Italy, on penalties in the quarterfinals. 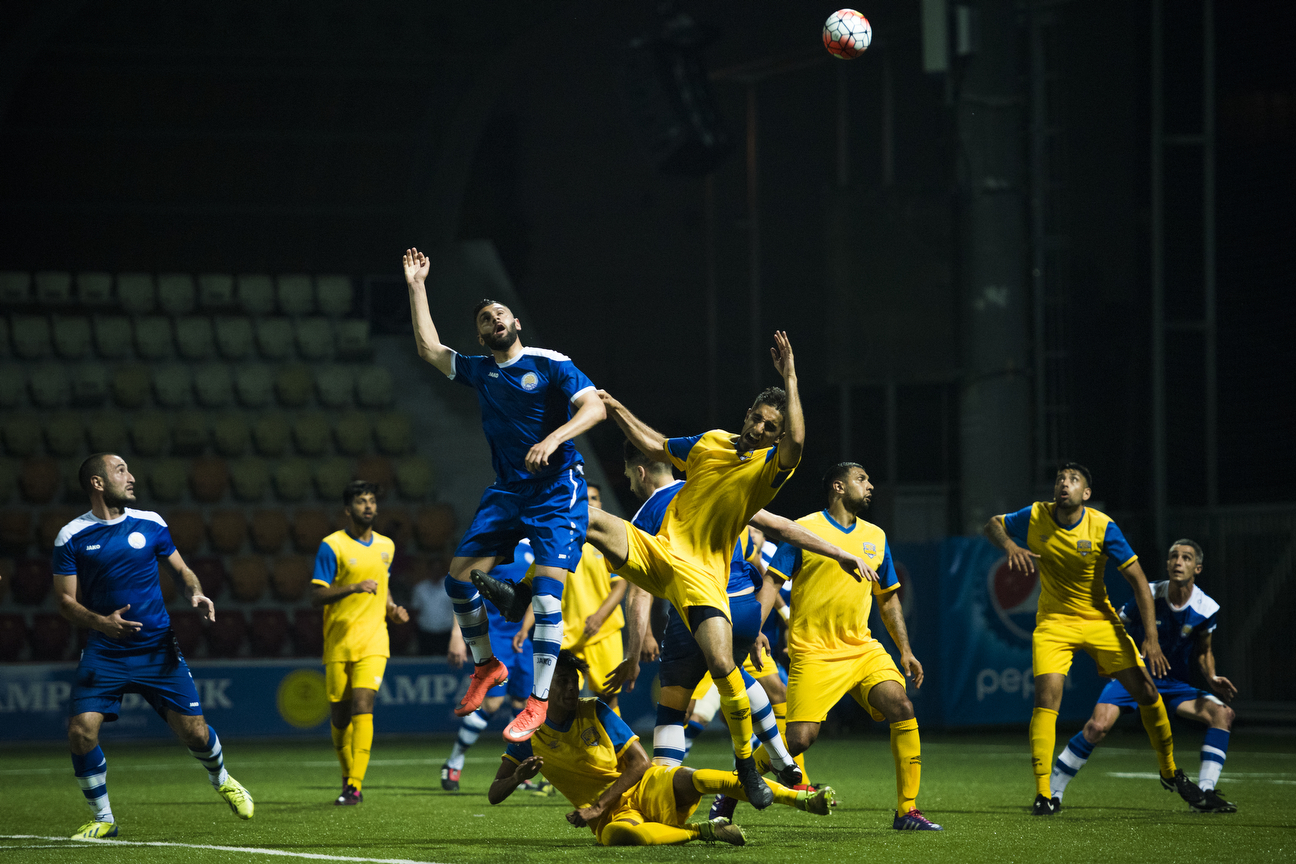 Panjab's Terlochan Singh, right in yellow, collides with Western Armenia's Raffi Kaya during a quarterfinal match. The hard-fought match ended in a scuffle that involved players, police and fans, many of whom were ethnic Armenians. 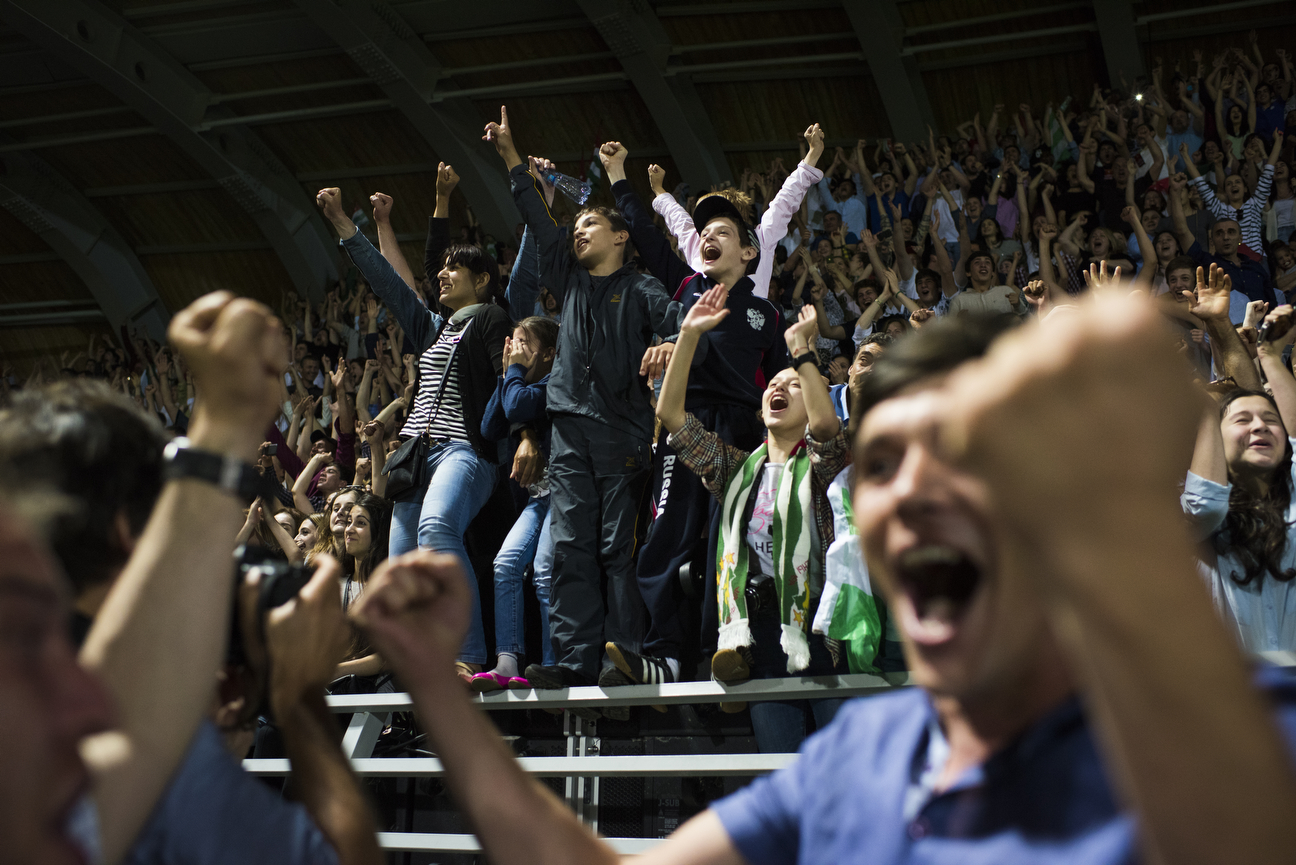 Abkhaz fans exult as their team draws even 5-5 on penalties after falling into a 3-1 hole during the final against Panjab. 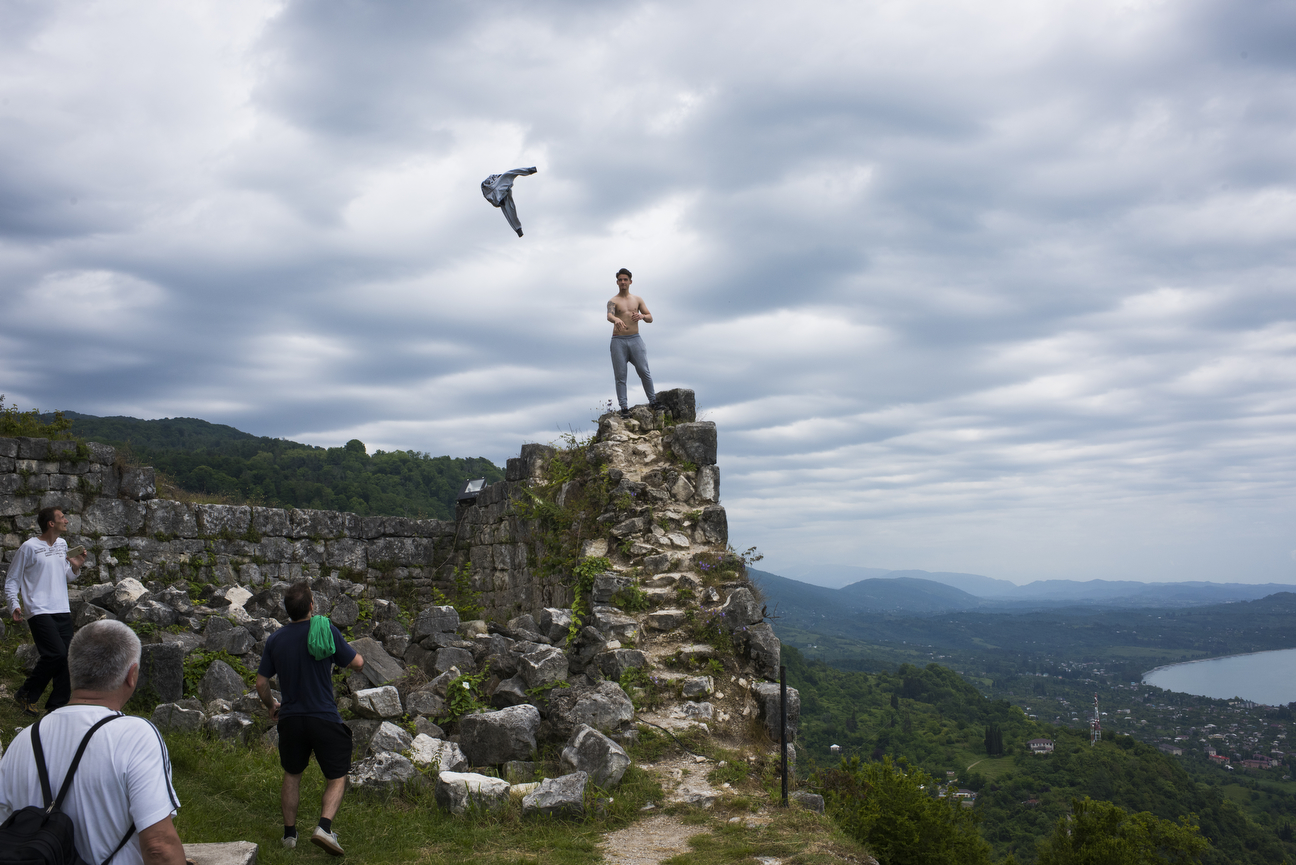 Many of the teams -- including Székely Land, an ethnic region in today's Romania -- took advantage of off days to visit the historical and natural features of the separatist nation. The Anacopia Fortress, constructed between the second and fourth centuries, was once the capital of the Kingdom of Abkhazia. 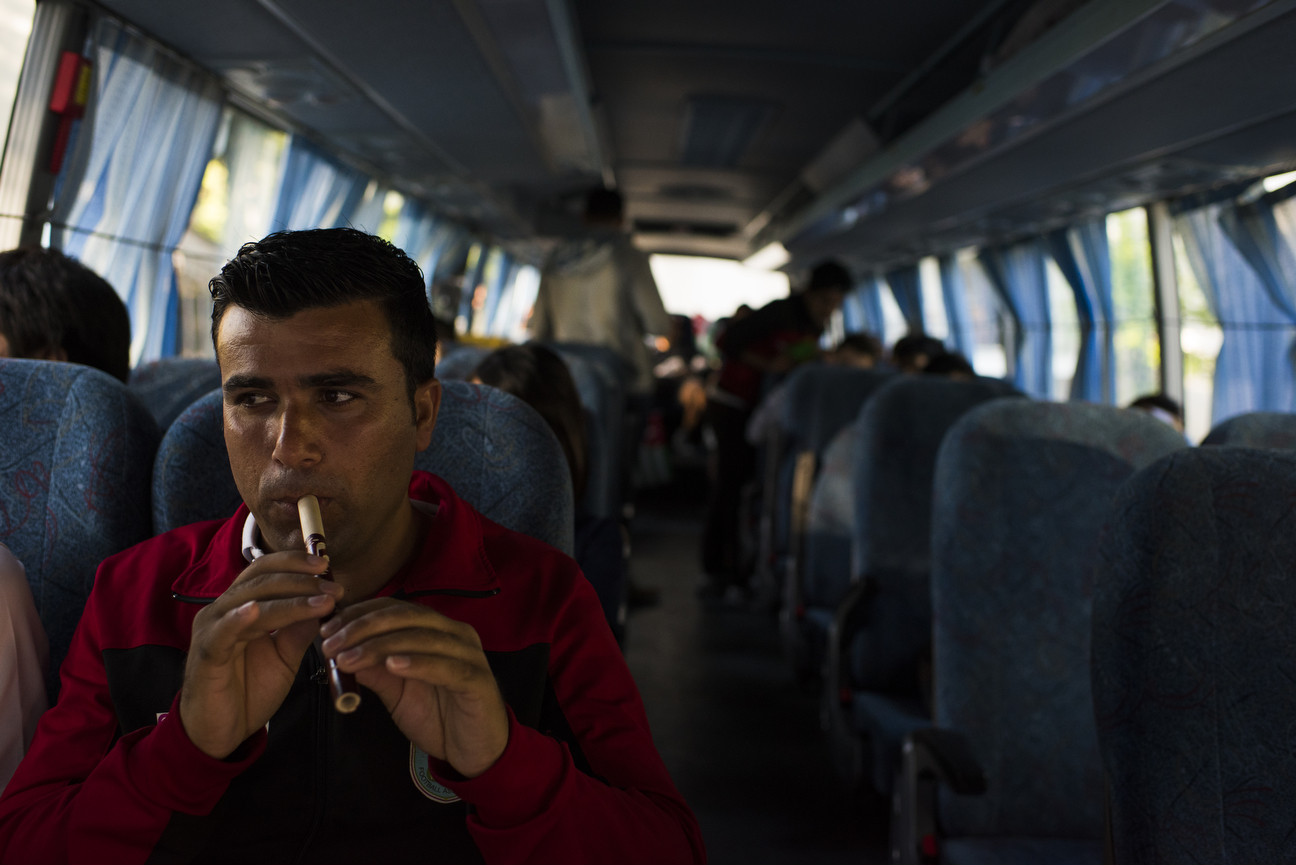 Before the final match between Abkhazia and Panjab, Kurdistan's Karwan Mantk plays a traditional instrument called a shimshal. 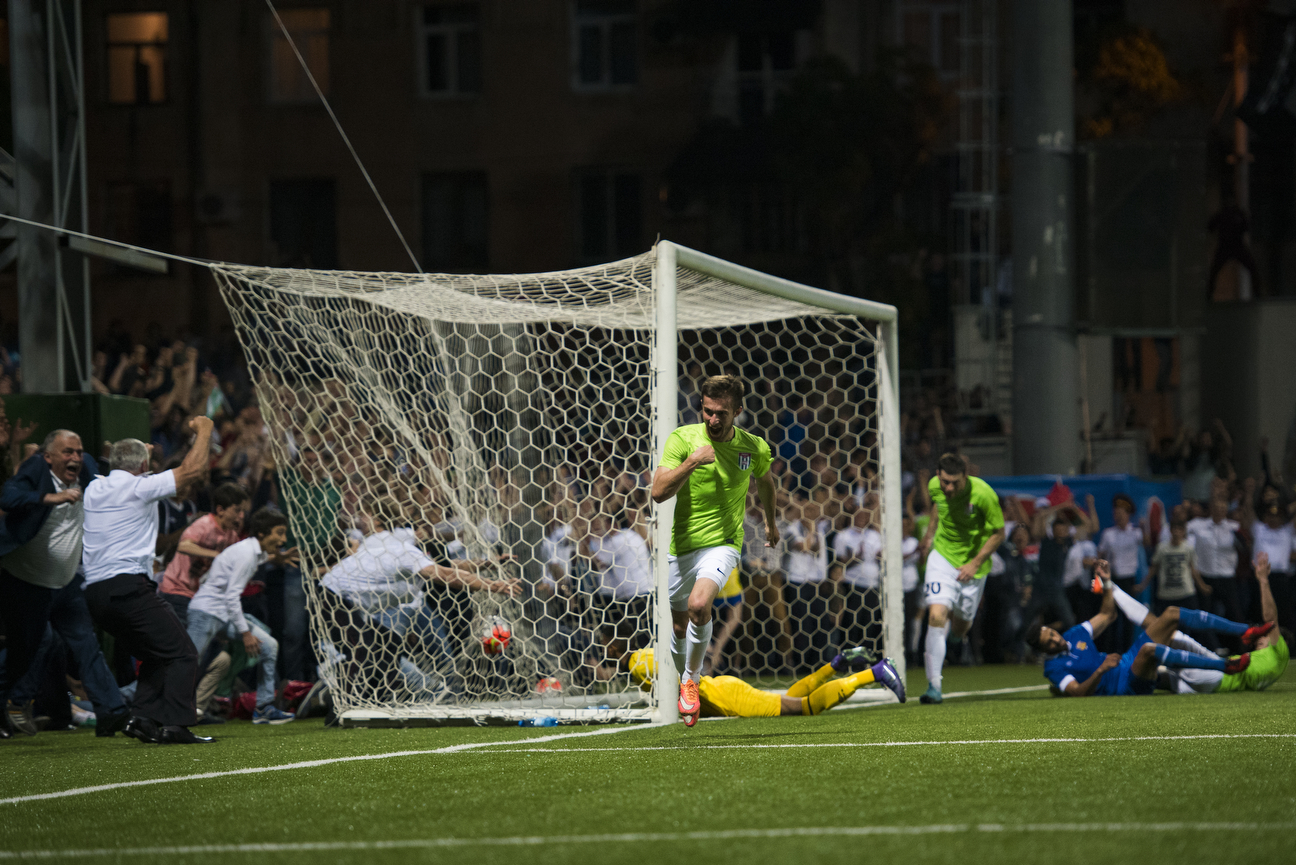 Abkhaz forward Ruslan Shoniya celebrates after scoring an 88th-minute goal against Panjab to even the score at 1-1 in the final. The game was decided by penalty kicks. 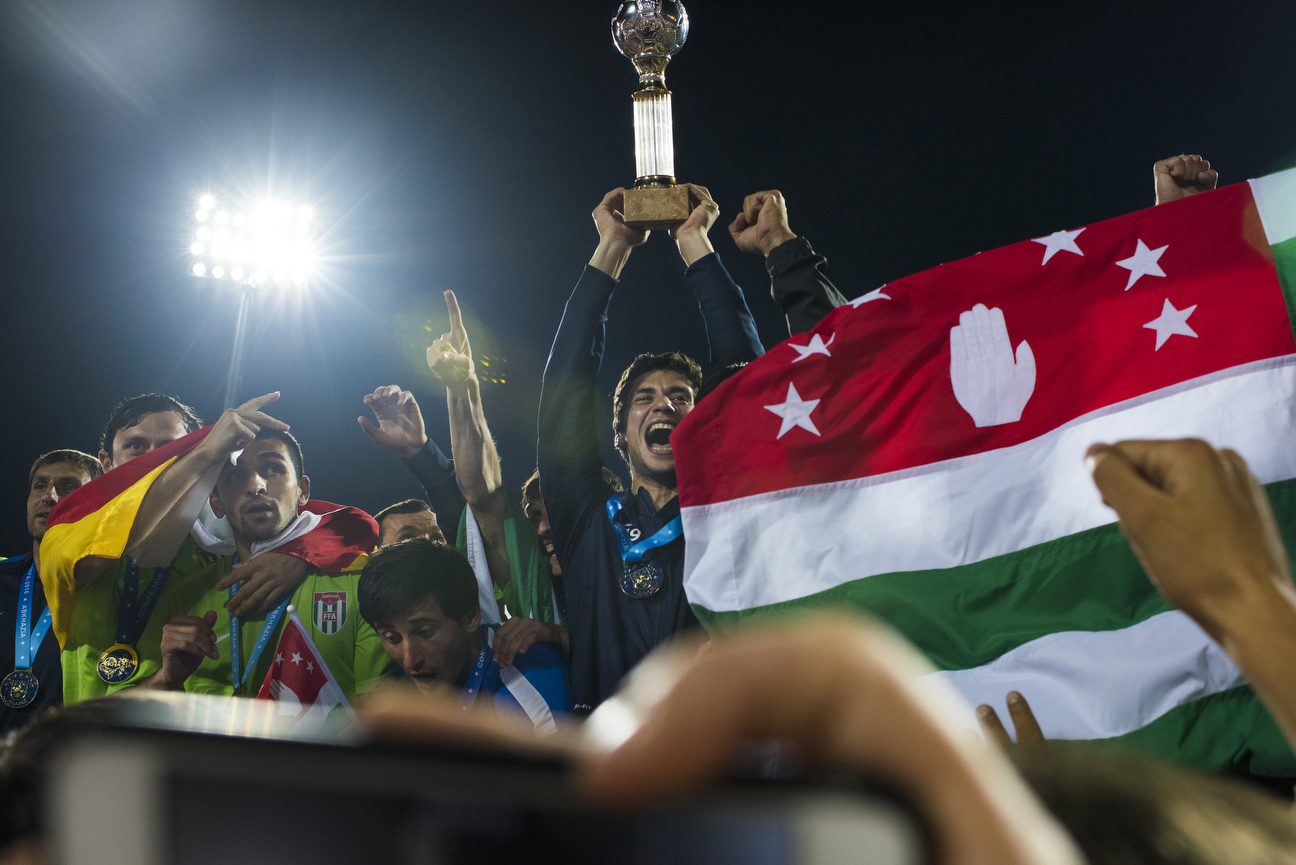 Georgiy Zhanaa hoists the CONIFA trophy after Abkhazia defeated Panjab in the final. At left, several of Zhanaa's teammates wear a South Ossetian flag in a show of solidarity with Georgia's other separatist republic. 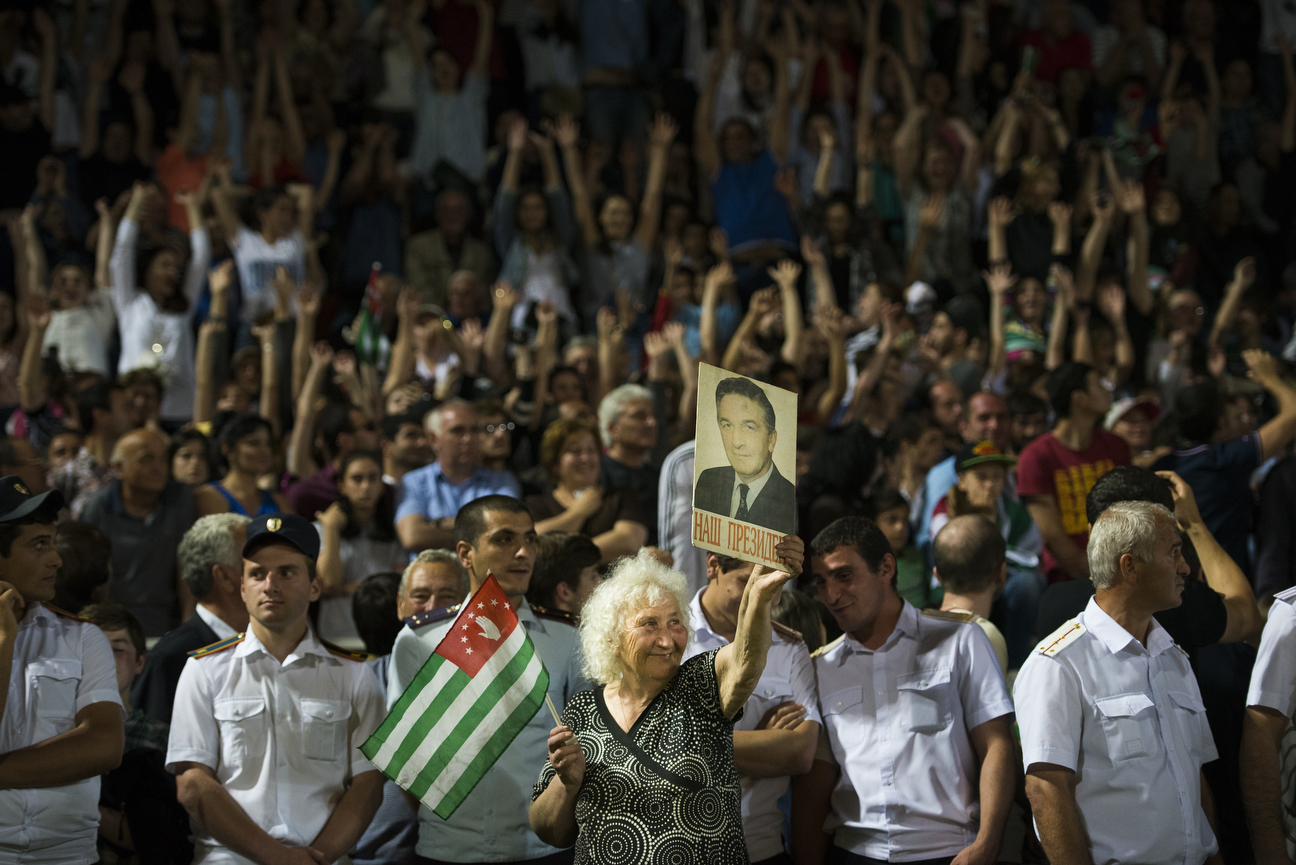 Lyuba, 79, holds an Abkhazian flag and a portrait of the Abkhazia's first president, Vladislav Ardzinba, after the team won the championship game. 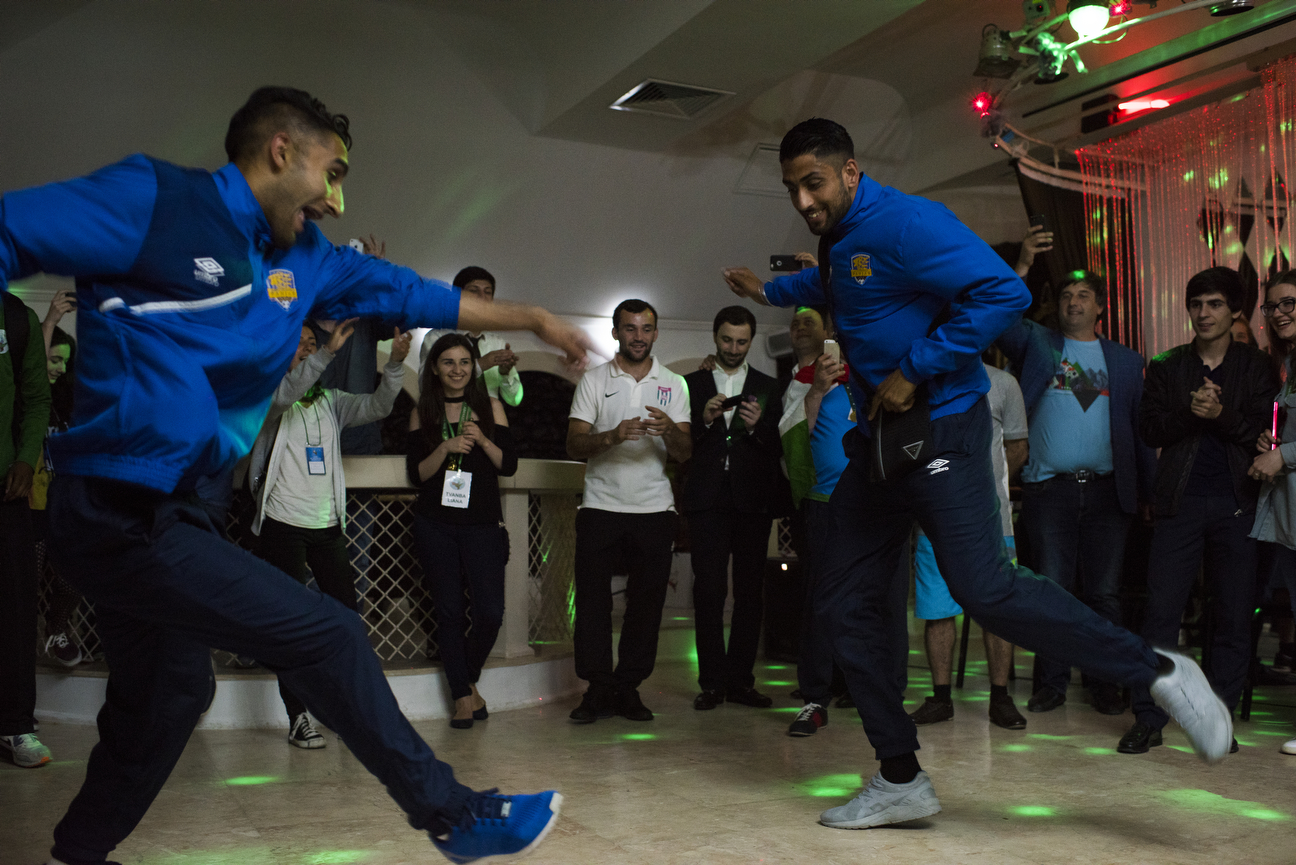 Panjab's Terlochan Singh, left, and Jaskaran Singh Basi dance at a celebratory banquet after the closing ceremonies on June 5. 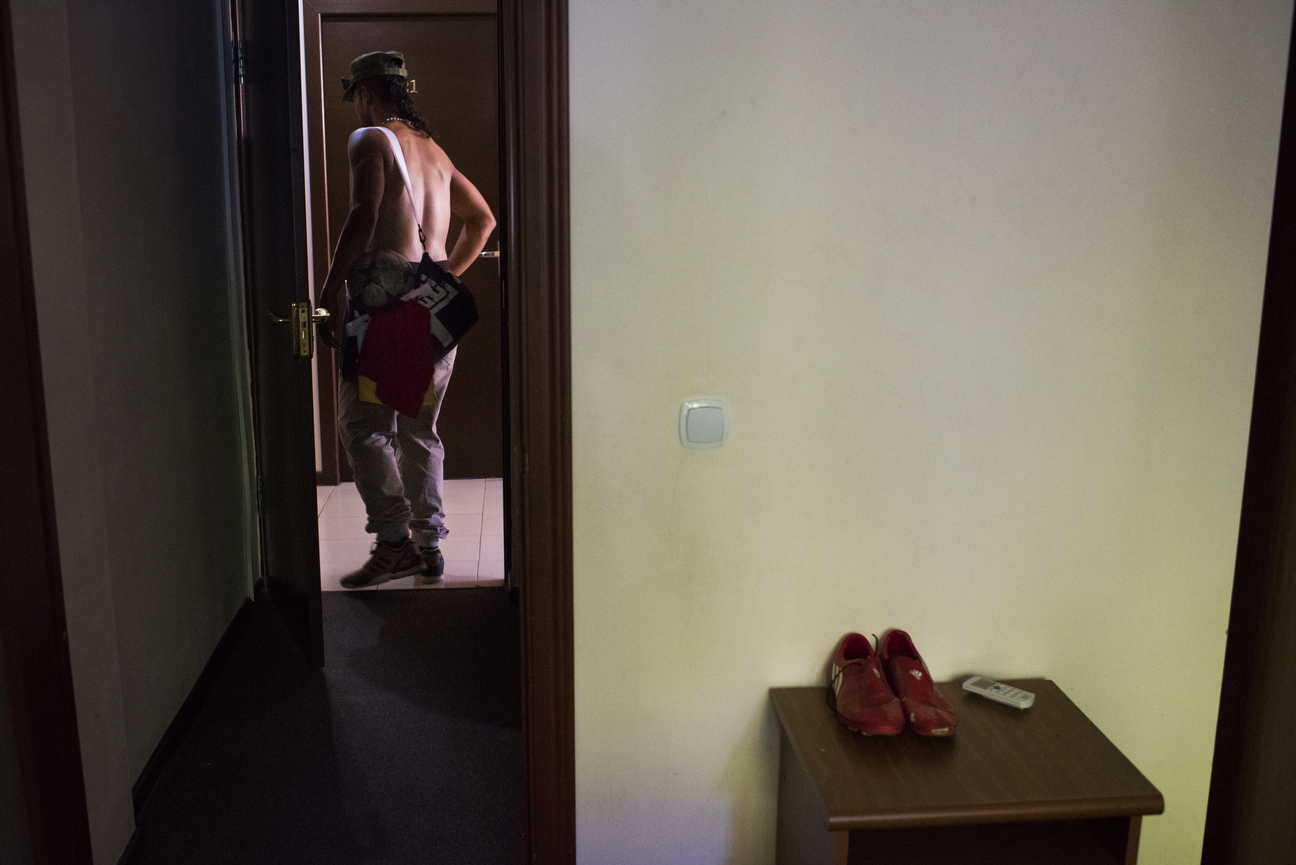 Mike Sakir, captain of the Chagos Islands team, checks out of his hotel room, his cleats left as a gift for the hotel staff.