An eyebrow or two were raised towards the end of 2013 when Nicola Cortese, then the executive chairman at Southampton, shared his views on the role of a manager at a "Leaders in Football" conference.

"The manager," Cortese said, "has an important role but is basically just a department head like the others." It was a neat enough summary of the club's technocratic approach; it also fitted the brief under which Mauricio Pochettino, Southampton's manager since the previous January, had been recruited.

Were Cortese still involved in football, he might revisit that assessment now. He will have seen Pochettino move to Tottenham and cement his reputation as one of the leading coaches in England. He'll also have seen that select group develop a life of its own. Never before has the status of manager been elevated to its present significance; never have England's top six clubs all been led (and in some cases defined) by the man in charge of the team but the forthcoming Premier League season will inescapably be hewn -- whether in perception or actuality -- by the fortunes of these individuals. 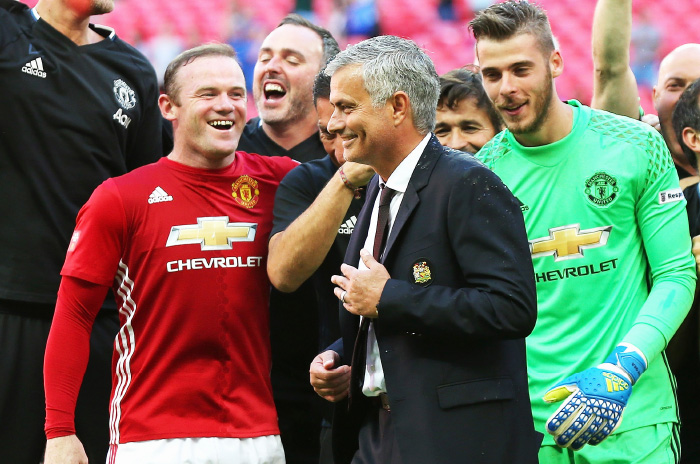 Jose Mourinho is off to a winning start at Manchester United but the ultimate goal for his reign goes well beyond the Community Shield. Barrington Coombs - The FA/The FA via Getty Images

Pochettino is one of them but he has rarely been at the front of the news agenda this summer. The arrival of Pep Guardiola at Manchester City has captured imaginations; so too have Jose Mourinho's long-expected unveiling across town with United and Antonio Conte's early days at Chelsea. Jurgen Klopp's first preseason at Liverpool may shape the rest of his tenure at Anfield and then there is the enduring presence of Arséne Wenger, who has outlasted most opponents during an often frustrating second decade at Arsenal but has never been presented with this level of challenge before. Then there is the unfancied Claudio Ranieri, who emerged from left field to win the title with Leicester and confirm his own place in this managerial pantheon.

The same goes for every member of this septet and if one thing sets Wenger apart, it is that none of his peers will ever spend 20 years -- the landmark he will, barring a huge surprise, bring up at Arsenal next month -- in the same role. The sport has changed too much; one or two may not even last 20 months. While the concentration of excellence in England's technical areas may thrill, equally compelling is the precariousness of it all: the fact that if achievement is measured in trophies, a number of these proven talents are about to fall short. A repeat of last season would be worse still.

Fail to walk that thin line, and the consequences will be exactly the same as they were for less compelling names (like David Moyes or Mark Hughes, to name just two) in the same roles elsewhere. 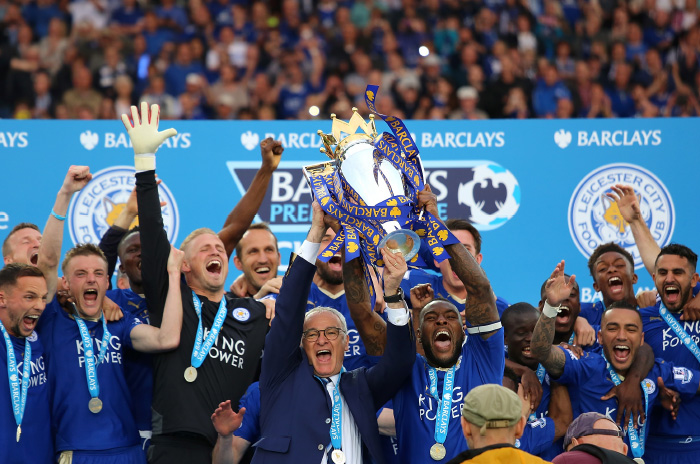 "When you give success to stupid people, it makes them more stupid sometimes and not more intelligent." Arsene Wenger on Mourinho, 2005

So why are they doing it? Pep Guardiola succinctly captured the allure of England's top flight during his official presentation on July 3. "[Man City] will be completely different. They all said it's tough. I don't know why. I have to discover that for myself. I have to see that." The Premier League was given an extra shine by Leicester City's runaway title win last season amid a continent whose top leagues are generally low on dramatic suspense at the business end.

Guardiola was the biggest, most high-profile managerial catch in the history of English football and brought with him an extra layer of legitimacy, too: if the challenges at Barcelona and Bayern Munich were relatively one-paced in comparison, the Premier League brings a change of speed and tone that may require a mastery of qualities quite different from the ones that brought him here.

There was a telling moment when Antonio Conte, who rivals Guardiola for the sense of possibility he brings to his new club, previewed the season at the end of July. A lack of Champions League football at Stamford Bridge didn't deter him from leaving the Italy job for the day-to-day involvement he was well known to have missed, and he commented on the difficulty of returning to Europe's elite.

"He likes having the ball, playing football, passes. It's like an orchestra. But it's a silent song. I like heavy metal." Klopp on Wenger, 2013

"It is going to be some battle between all the managers to reach the top four." While the remark was hardly profound, it exposed a modern-day truth. However much we look at the big picture of success and failure, the personalities in and around the dugouts are the ones who will channel, and in some ways propel, the season's narrative.

In many ways, that is hardly new. The Premier League has a history of managerial conflict at the very top, from Kevin Keegan and Alex Ferguson in 1995-96 to the latter and Arséne Wenger, to Wenger himself and Jose Mourinho. These have generally been framed as direct confrontations, leaders going mano a mano. The battles have been targeted, the mind games deliberate and the insults specific: in a high-profile recent example Wenger, according to Mourinho in February 2014, was a "specialist in failure."

The gut reaction in some quarters now that Mourinho, Guardiola, Conte, Wenger, Pochettino and Klopp are all in the same league has been to stoke the appetite for similar clashes. It works to a degree. Mourinho and Wenger barely acknowledge one another and when they meet again at Old Trafford on Nov. 19, there will be as much attention on their pre-match handshake as on the game itself. There has long been a more fiery enmity between Mourinho and Guardiola, whose opposition in Manchester conforms perfectly to what you suspect is the Premier League's desired script; in Mourinho's words, the relationship will be "normal" this season and both are "very professional."

These coaches are the epitome of excellence but sometimes, the intensity and passion of the beautiful game brings out all their emotions. 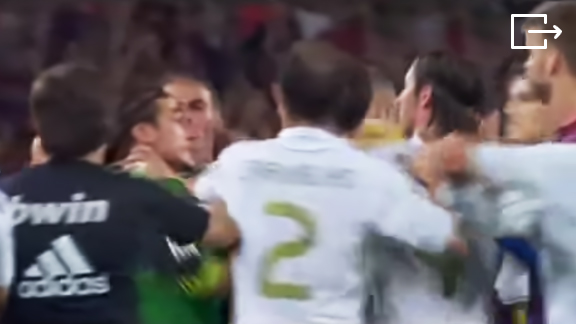 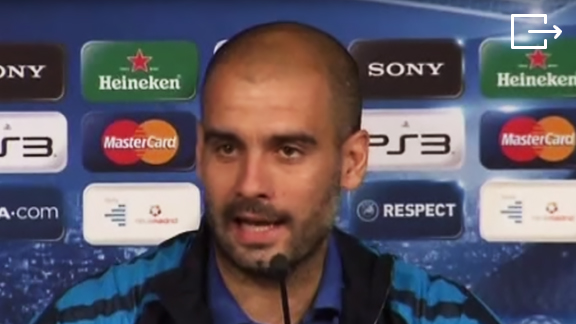 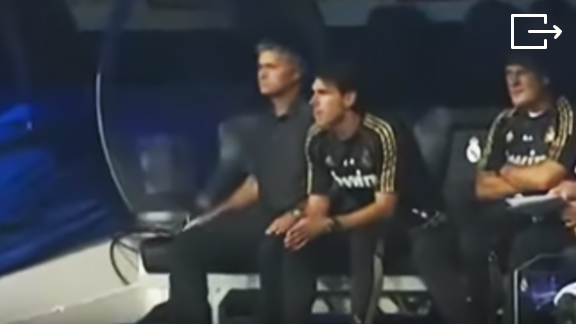 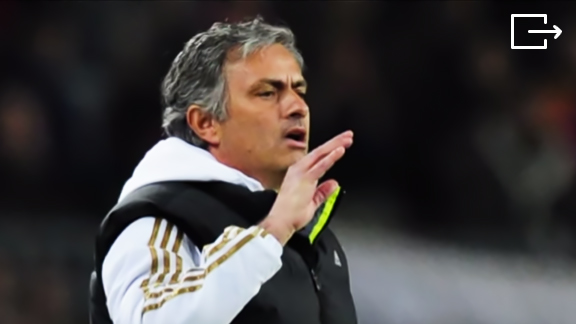 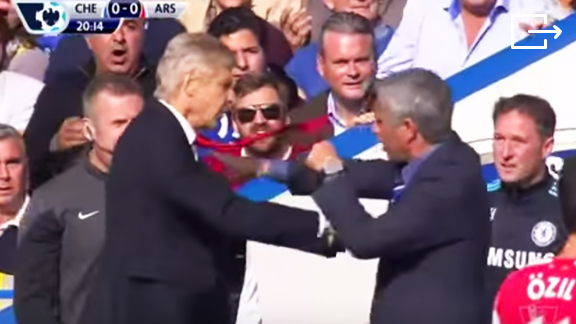 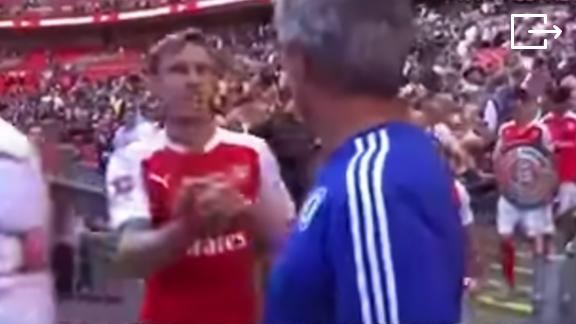 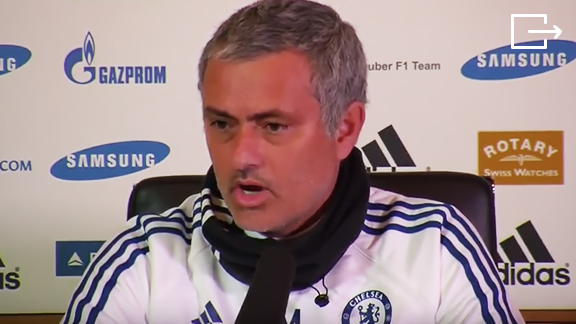 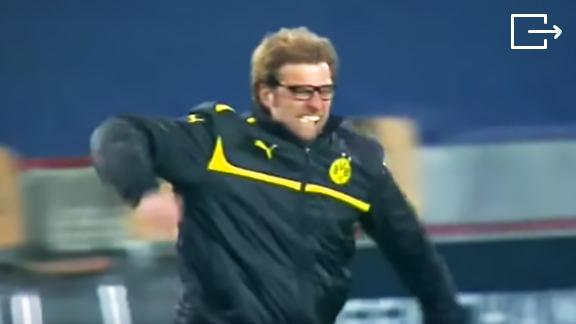 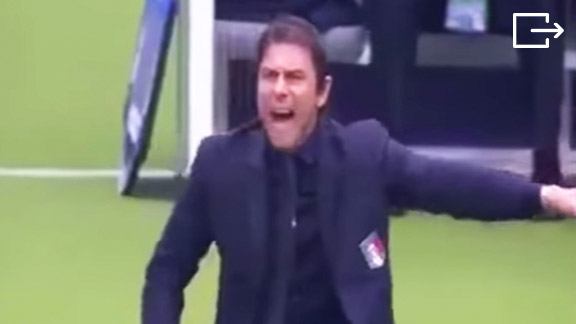 That sense of decorum may not last but there is a sense that this season's core of managers feel as intrigued by one another as they do threatened.

Klopp found himself rapt by Conte during Euro 2016, telling ESPN FC: "He was quite emotional [and] I thought, 'sometimes am I like this?'" Wenger described this year's Premier League as "a little bit like a world championship of managers ... all the best managers come to England to make our lives even more difficult." It is a concentration of talent that commands instant respect, like an elite group of mathematicians granted their own after-school class to finesse their ideas while outdoing one another.

Could it be that for all these personalities on show, the football will do most of the talking?

For a while, perhaps. This six-way contest may be best measured by reactions to that spectre of failure, which is more of a given than success. There is no guarantee that one of this new cabal will win the league; there is, though, the certainty that most will miss out and at least two will not even finish in the Champions League positions.

The best measure of a manager might be what their players, past and present, say about them. 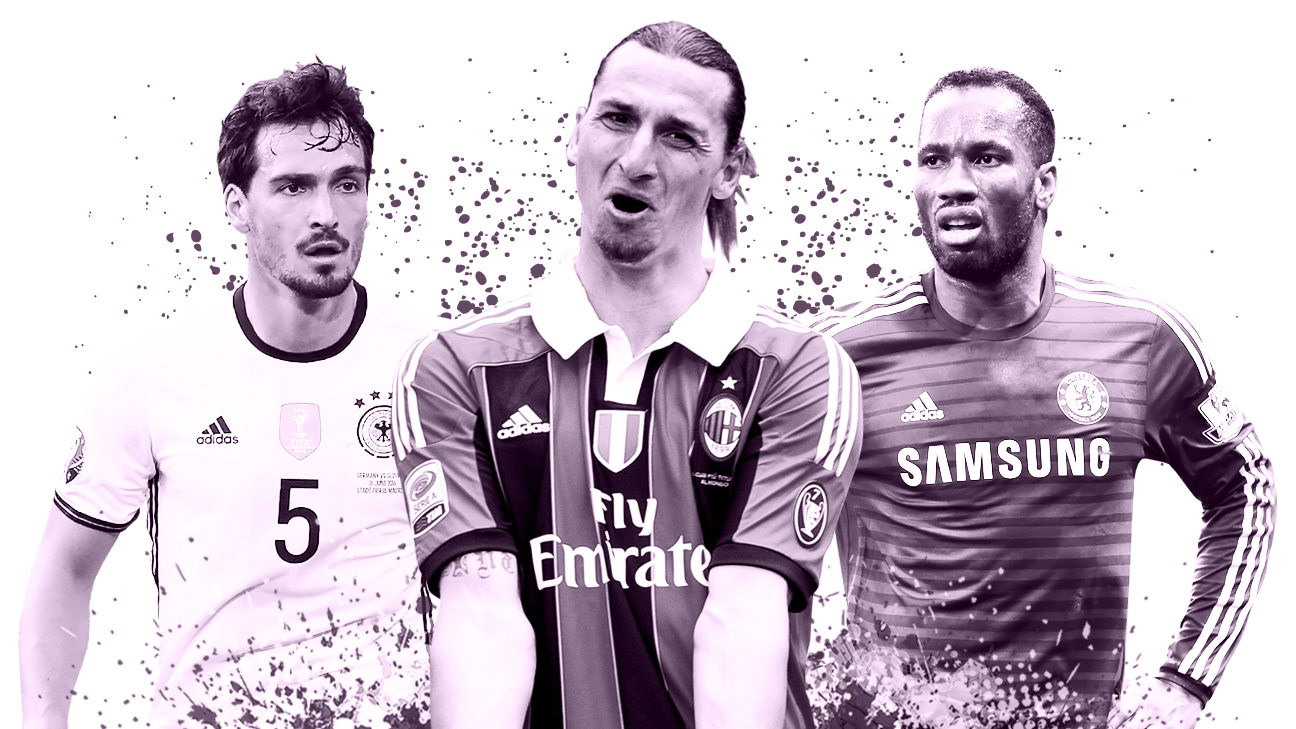 "He has been perfect because, always, he gives a balance to the team - between young, medium and experienced players" Pochettino on Wenger, 2015

In a climate whose demands for instant achievement become all the more acute, how would a place outside the top four look for the upwardly mobile (but relatively under-resourced) Pochettino and Tottenham after a concerted title challenge last season? What would something shy of a top-two place be for Mourinho and United, newly blessed with Zlatan Ibrahimovic, Henrikh Mkhitaryan and the €105 million Paul Pogba, regardless of last season's fifth-place finish? In a pack with such spending power and such highly skilled leadership, there is little shame in finishing behind anybody else. Try telling that to those with an emotional, and perhaps financial, stake in your progress; the league may have attracted greatness, but it will quickly enough prove not to be a respecter of it.

This competitive nature is borne out by the current transfer window. The Premier League's spend for this summer passed the half-billion mark on Aug. 1; it is an arms race now and even if fees and incoming signings are what keep supporters happy during transfer windows, the real skill will come in creating the few percent that make a difference.

Added fascination comes with the fact that it is far from an exclusive group. Ranieri turns 65 in October but his success last season confirmed his place among the league's big hitters; he showed exactly how to cross those fine margins by creating a wonderful, indomitable feeling around his squad. It's a sentiment echoed by Conte, who said in his first press conference: "I want my players to feel me very close. I suffer and I win with them."

The excellent Slaven Bilic could conceivably put West Ham on par with Tottenham and Arsenal over the medium term; Ronald Koeman will aim to keep his upwards trajectory going with Everton, while Aitor Karanka's education alongside Mourinho at Real Madrid looks suited for a top-flight campaign with Middlesbrough. Bournemouth's Eddie Howe will also surely coach his way to one of the league's leading lights before long.

For a role with such a short shelf life, the stock of the football manager couldn't be higher. If this season's protagonists are mere department heads according to Cortese, then a number of promotions seem well overdue. After all, these figures carry the immediate futures of the Premier League's most well-decorated houses, and perhaps even the league itself, on their shoulders.

Jurgen Klopp has brought some life back to struggling Liverpool in recent months but it'll take a lot more than that to restore the Reds to the top of English football. Andrew Powell/Liverpool FC via Getty Images 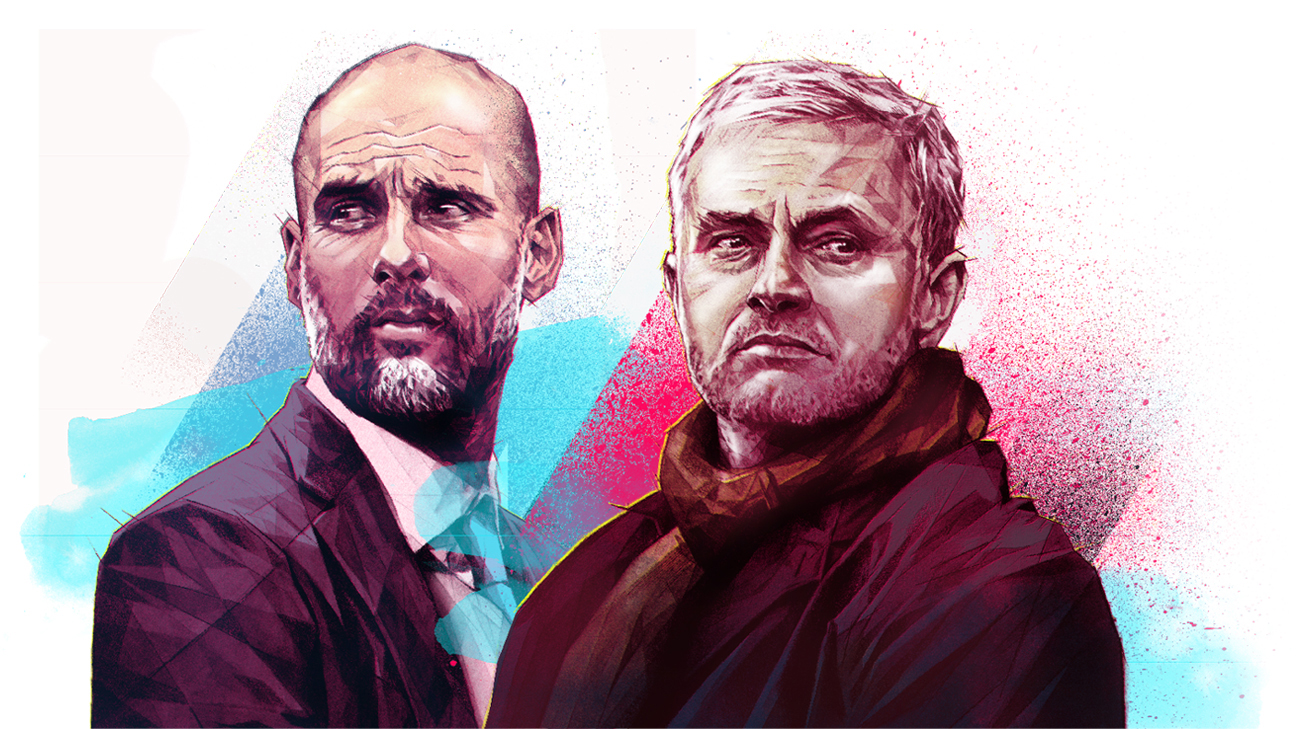 Even though both managers are keen to play it down, the rivalry between Pep Guardiola and Jose Mourinho has more explosive potential than any the Premier League has seen. It dates back to 2009-10, when they met four times in the Champions League with Barcelona and Inter Milan respectively; Mourinho's side prevailed in their semifinal despite clear stylistic differences. Things escalated the following year when Mourinho arrived at Real Madrid; by the following April, when the pair met in another Champions League final-four tie, they were openly at odds. 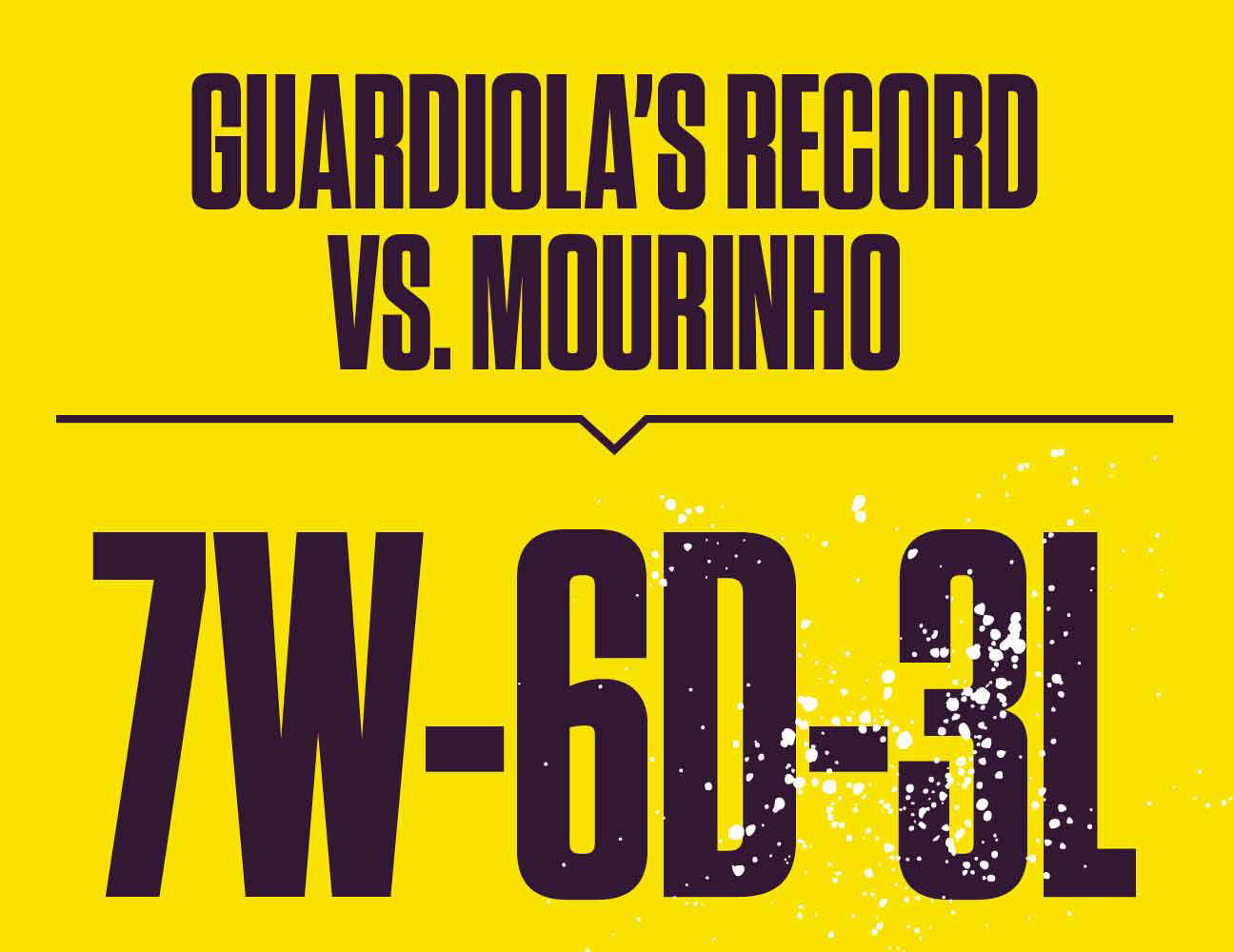 "He's been winning off the pitch all season. Let them give him a Champions League for it so he can enjoy it and take it home. In the press room he is 'el p--- jefe' ('the f---ing boss') and the one who knows more than everyone else," said Guardiola in response to assertions from Mourinho that he criticized referees too much.

"One day, I would like Josep Guardiola to win this competition properly," Mourinho said after Barcelona won a controversial first leg 2-0. It set the tone for a frosty relationship that continued during Guardiola's time at Bayern Munich. They may fire equally scathing salvos off the pitch, but on it Mourinho may feel he has scores to settle: Guardiola has beaten his sides seven times, while he has won just three of their meetings.

Nick AmesNick Ames is a football journalist who writes for ESPN FC on a range of topics.
Photo Gallery
Premier League Managers 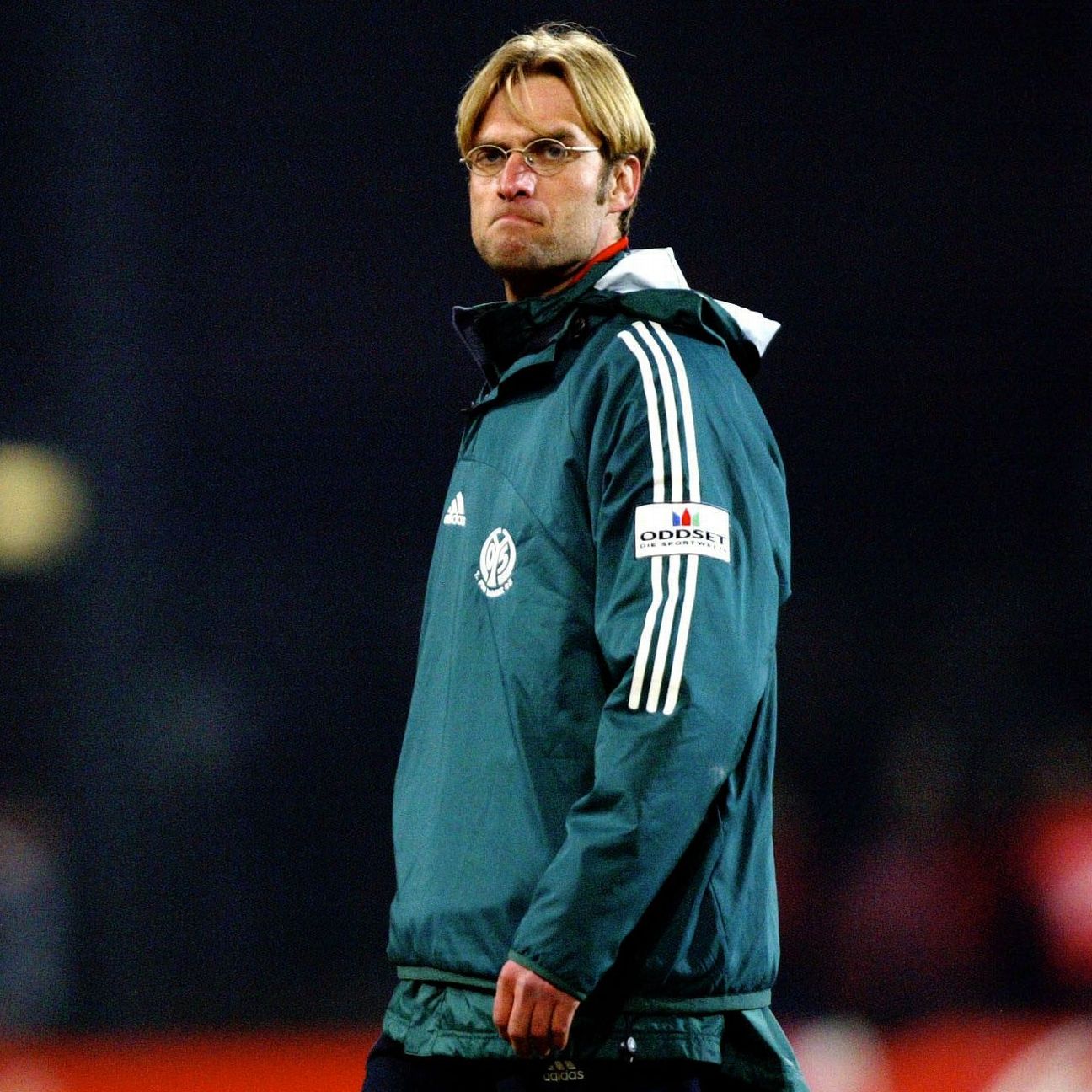 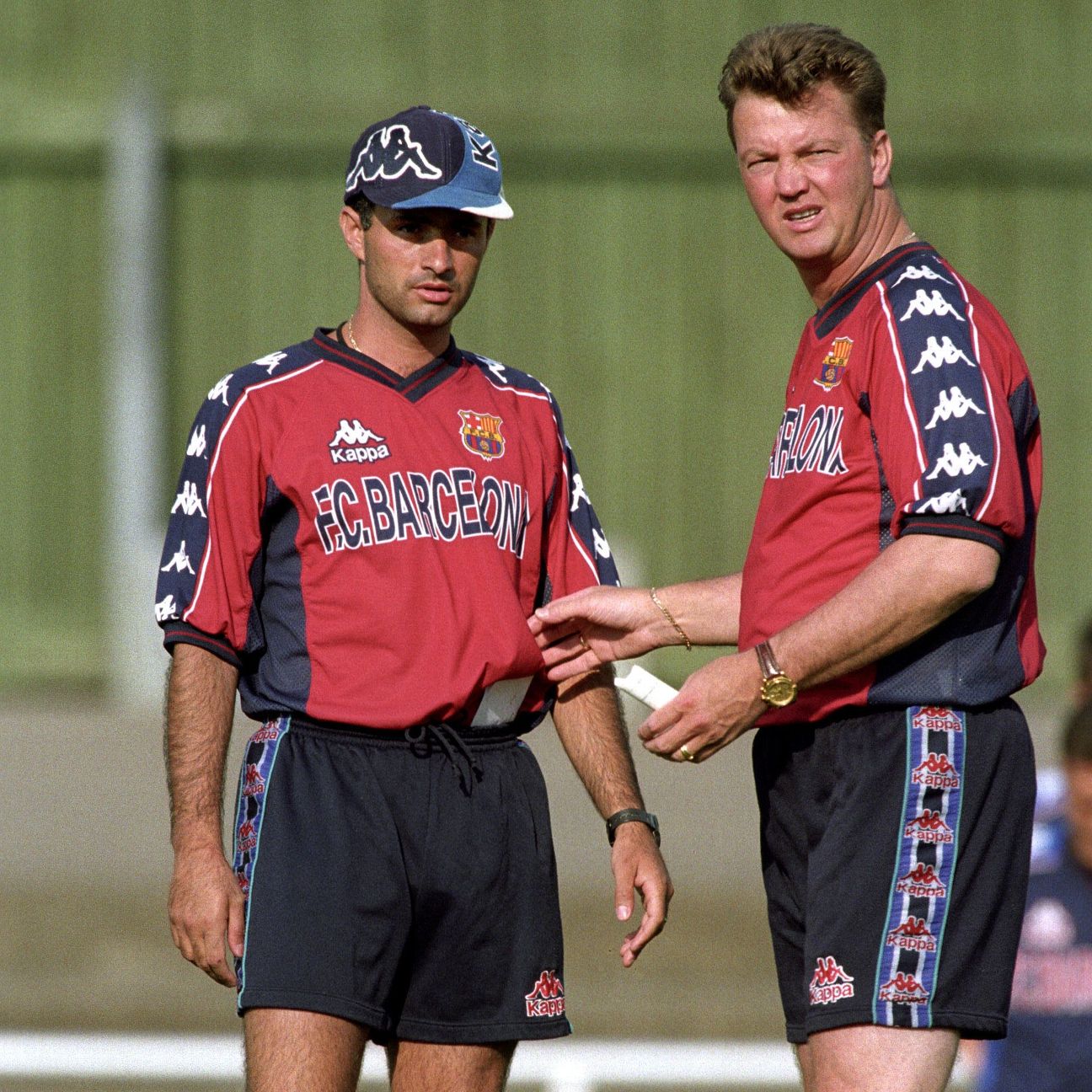 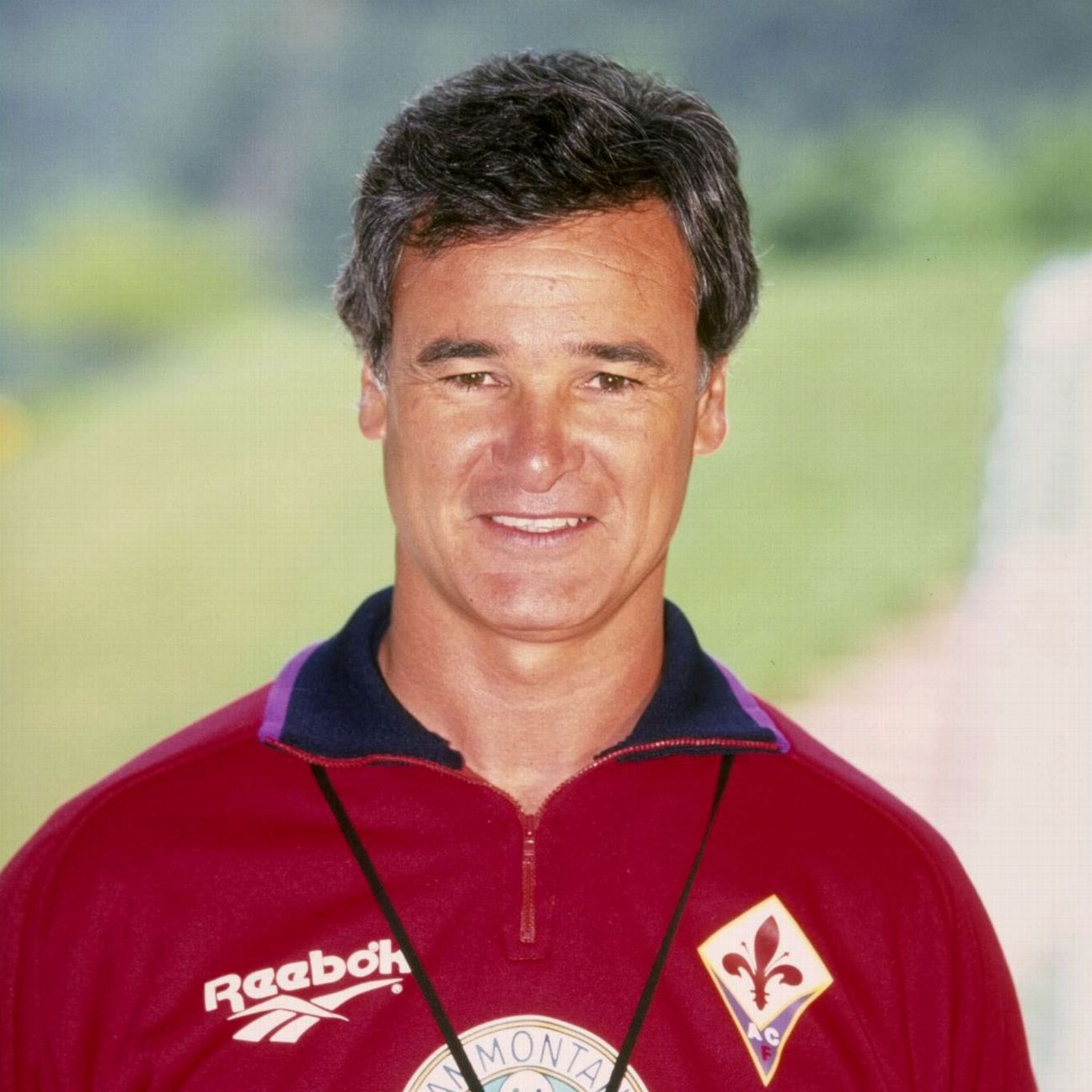 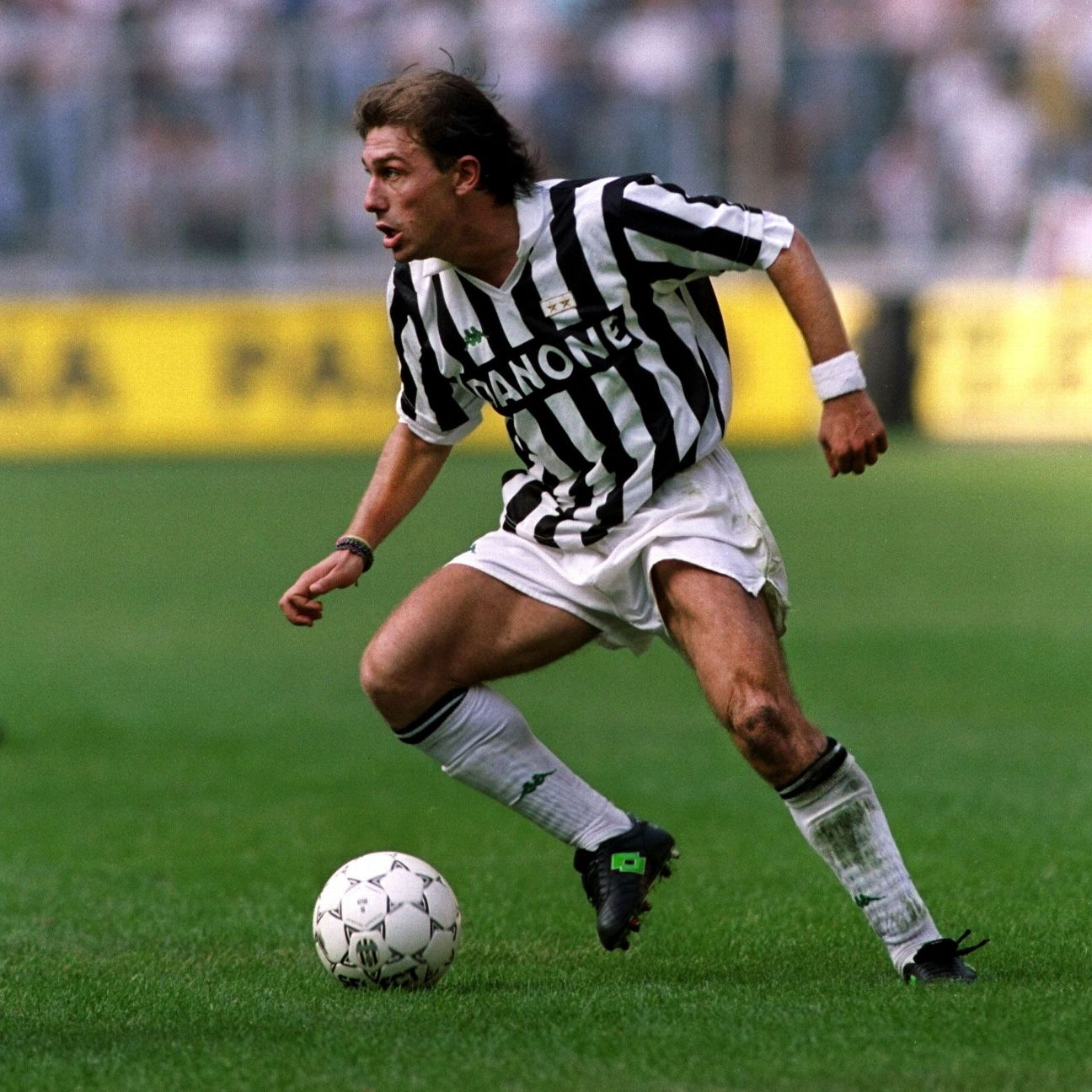 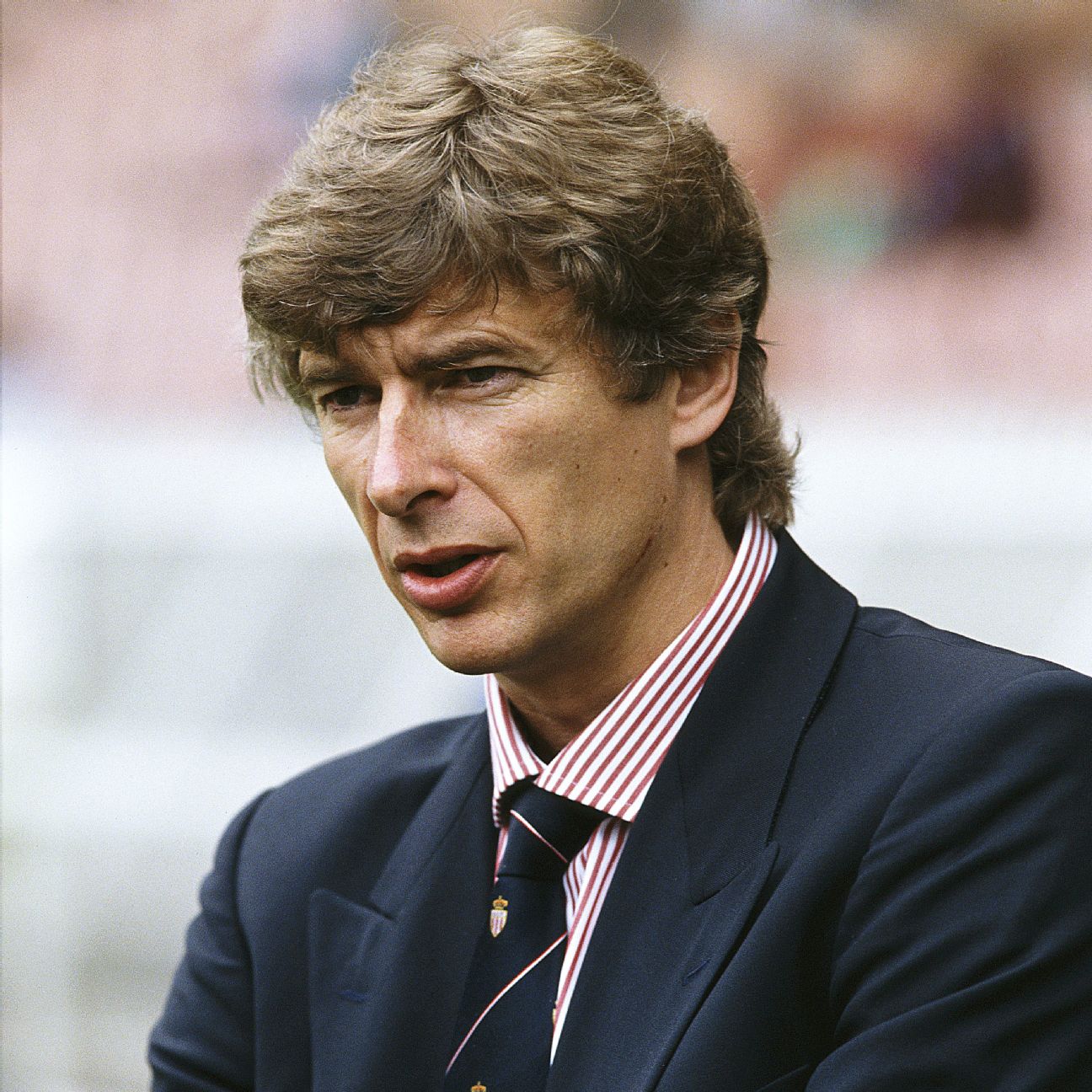 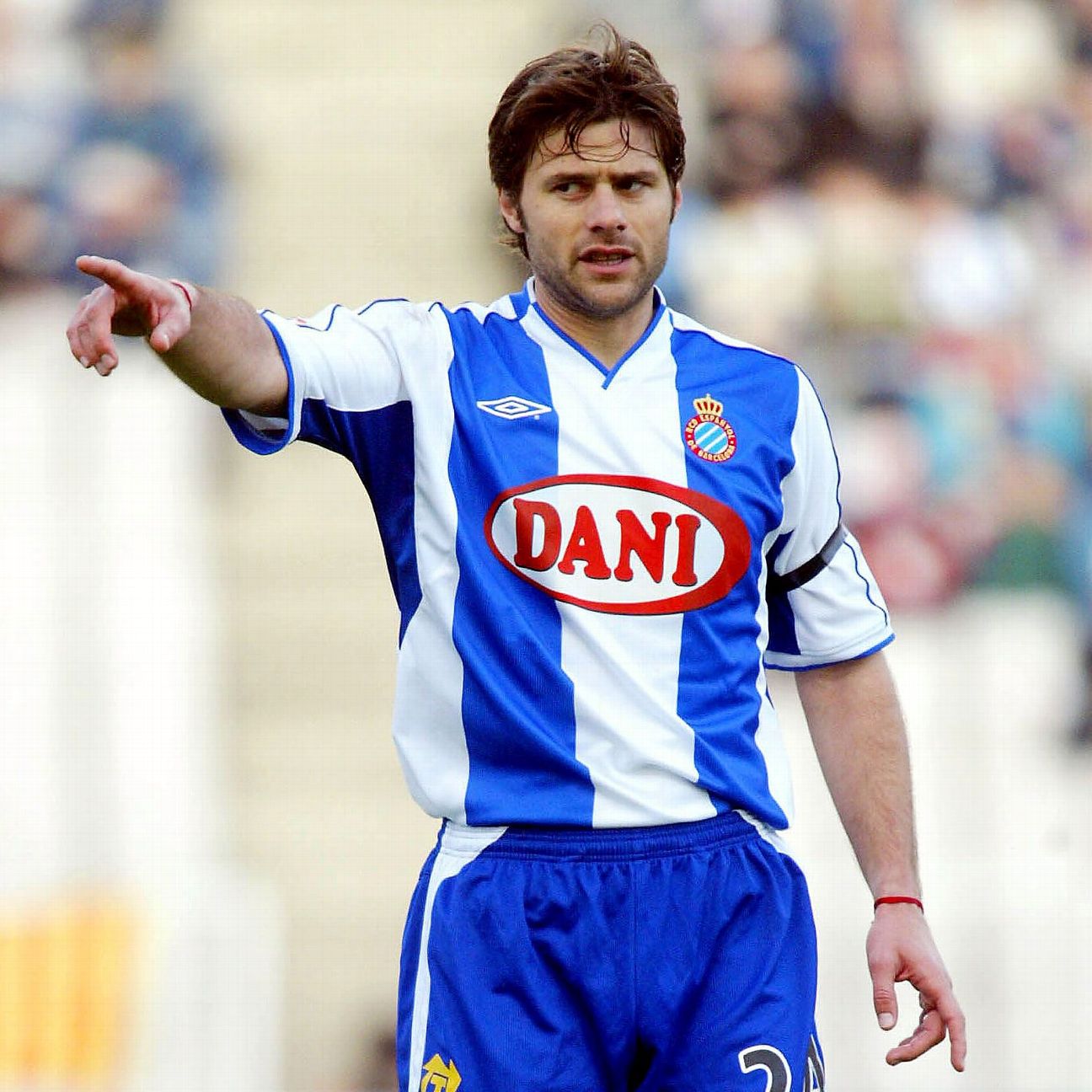