It's 4:15 a.m. in Scottsdale, Arizona, when minor league equipment manager Ricky Dominguez opens the front door to the Colorado Rockies' spring training facility. Once inside, he'll start making the morning coffee, finish some laundry from the previous day, rub up some baseballs, fill water buckets and complete countless other tasks before turning out the lights 15 hours later.

Meanwhile, Tyler Hines, the team's culinary nutritionist, starts cooking 80 pounds of bacon as part of the breakfast and lunch that must be prepared for the couple of hundred players, coaches and staff in camp.

The sound of arriving Rockies soon fills the building. Some head straight to the weight room, other batters welcome the morning by hitting at the outdoor cages, while pitchers loosen their muscles with massages and time spent in the jacuzzi. Manager Bud Black begins his day around 6:30 a.m., juggling meetings and interviews before the 1 p.m. start time of most spring training games.

As the major league clubhouse manager, Mike Pontarelli oversees every detail from putting names on every sock to making sure every player request is addressed for issues with bats, shoes, gloves and anything else you can imagine. Fifteen-hour days are his spring training norm as he prepares for a 162-game schedule with the same arduous work schedule. Mike still can't believe how early things need to get started, but he knows the whole operation wouldn't work without doing it this way. 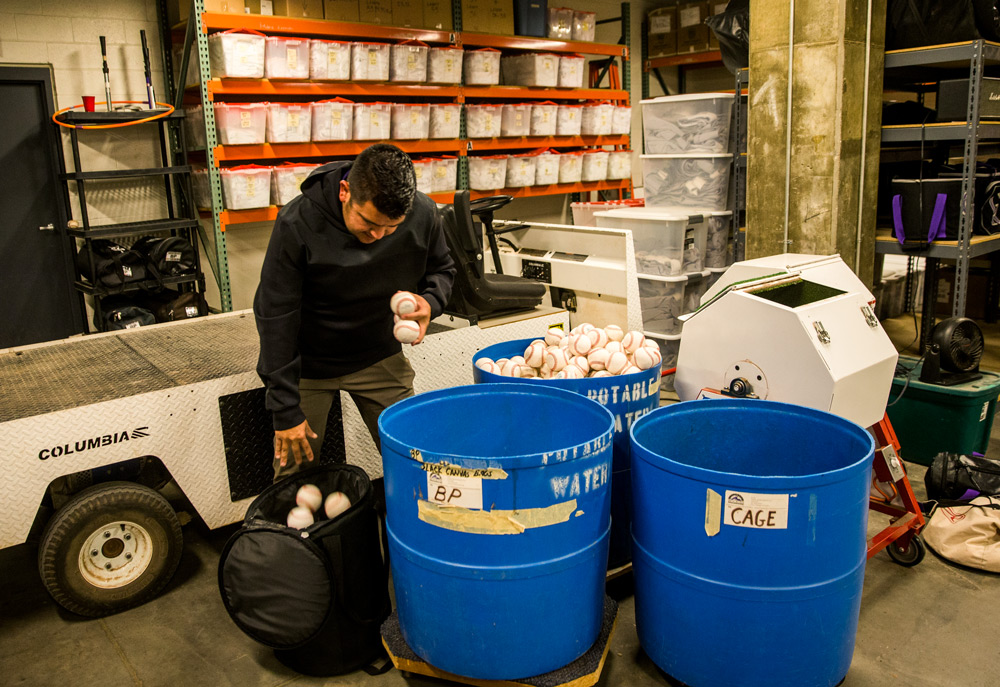 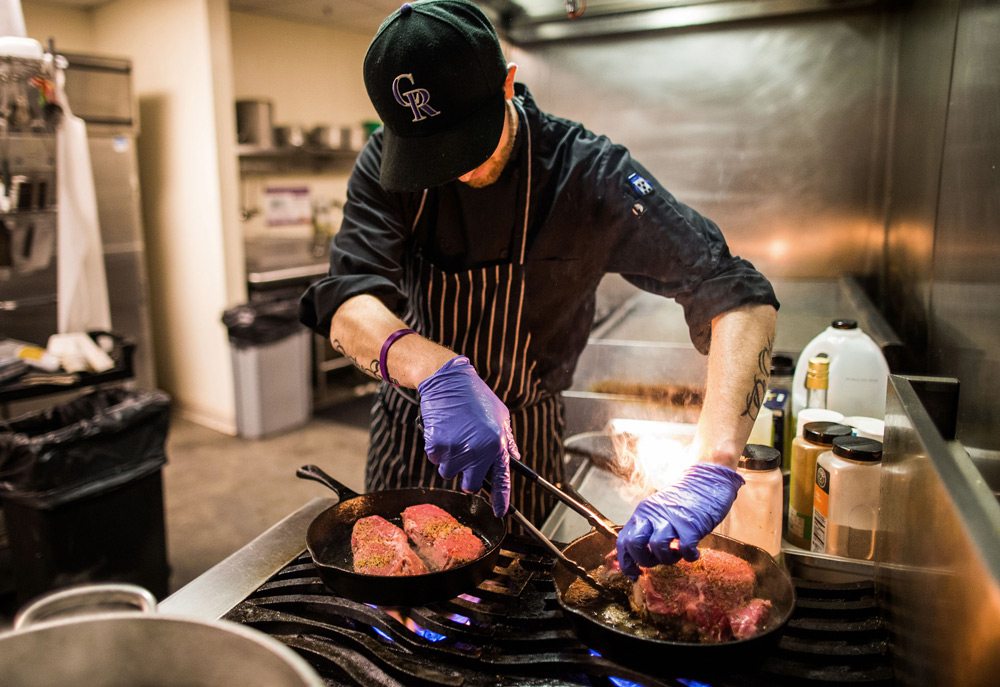 5:21 a.m., March 1: To cook 50 pounds of rib-eye and sirloin steaks, culinary nutritionist Tyler Hines had to begin his day at 2:45. You had to be an invitee of the major league camp to enjoy one though; the minor league campers were out of luck. 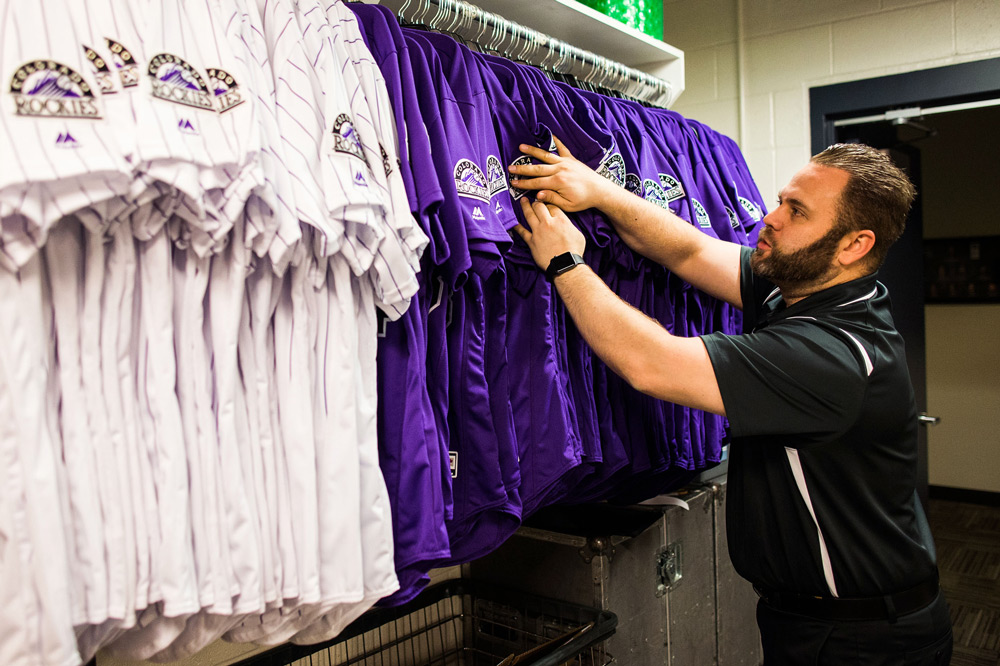 5:48 a.m., March 1: Last-minute decisions on spring training game appearances mean that jerseys often must be ready at a moment's notice. Clubhouse manager Mike Pontarelli sorts through the jerseys needed for the day. 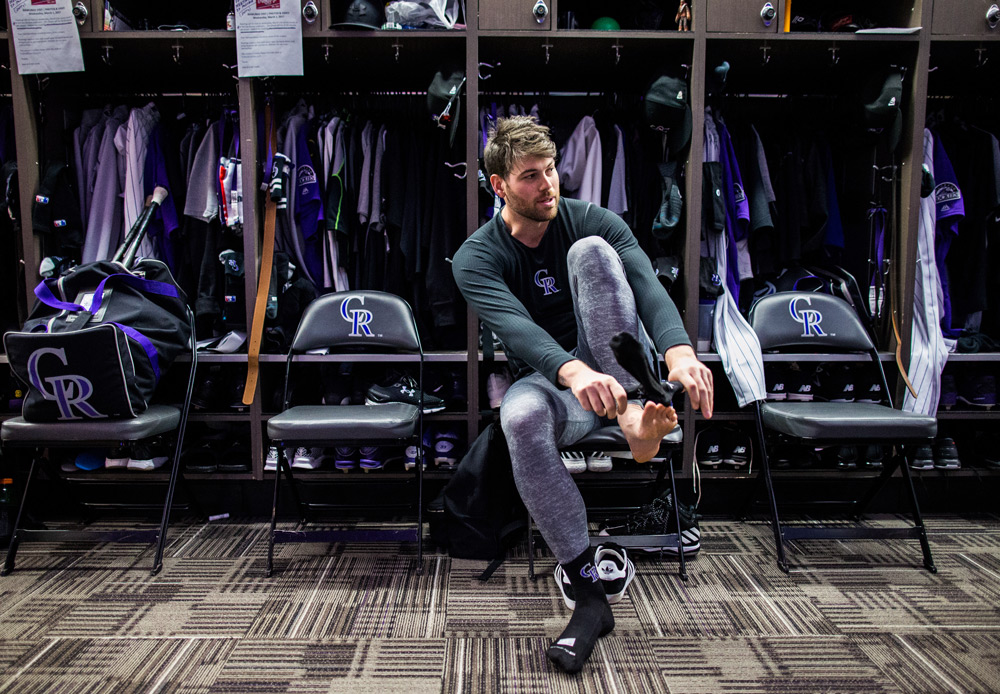 6:48 a.m., March 1: Relief pitcher Adam Ottavino prepares for the day, one sock at time, in the locker room. 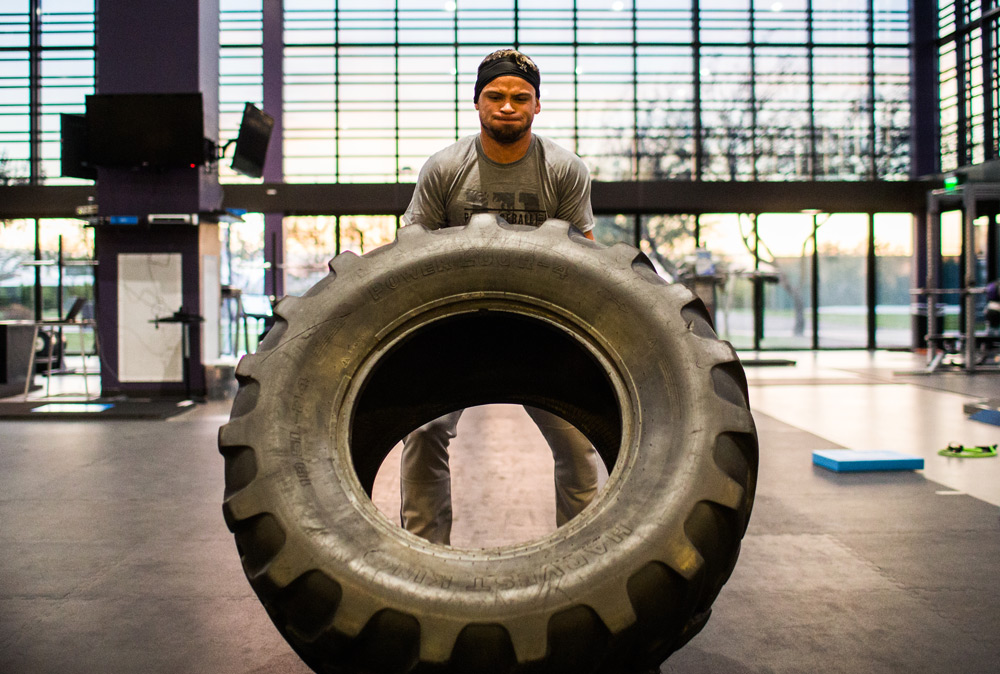 6:53 a.m., Feb. 28: It's never too early for tire flipping as outfielder Gerardo Parra gets in his morning workout. 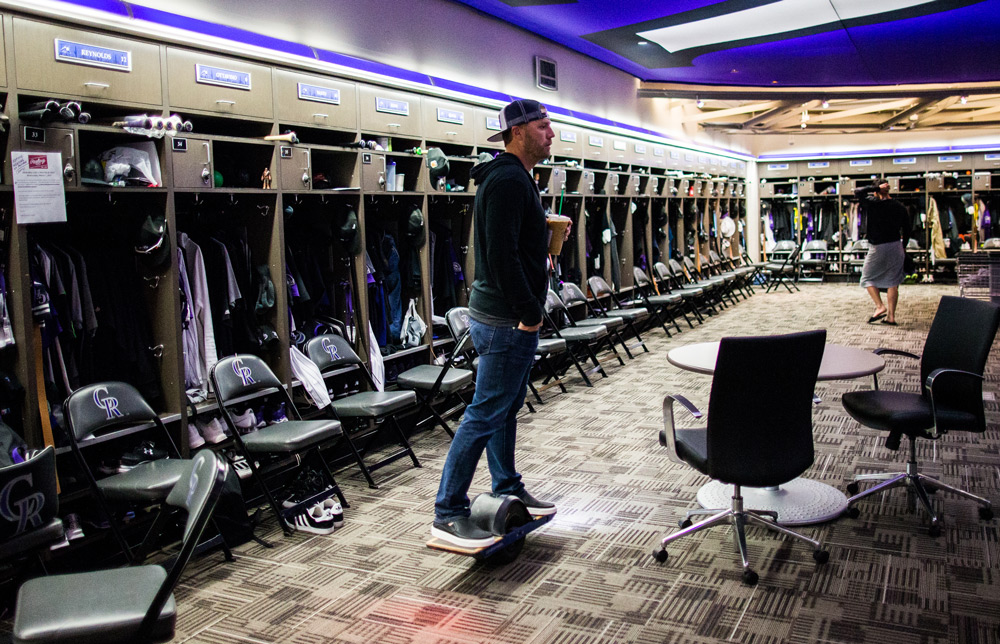 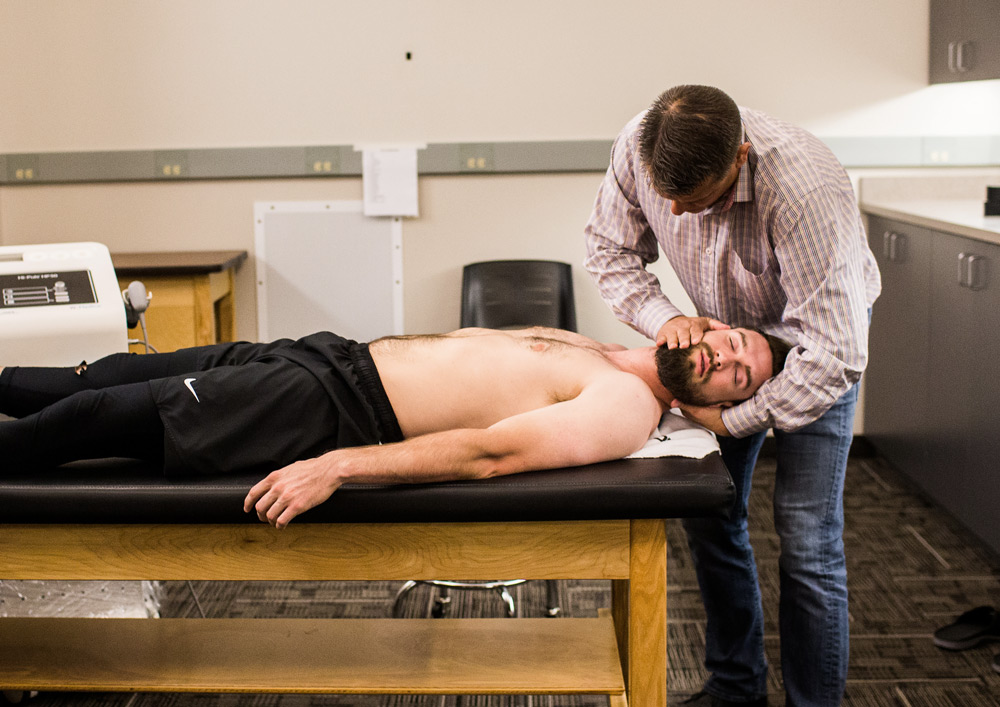 7:04 a.m., Feb. 27: Head athletic trainer Keith Dugger is especially busy in the mornings. Here he works with outfielder David Dahl, who is dealing with a sore back and a stress reaction of his sixth rib. 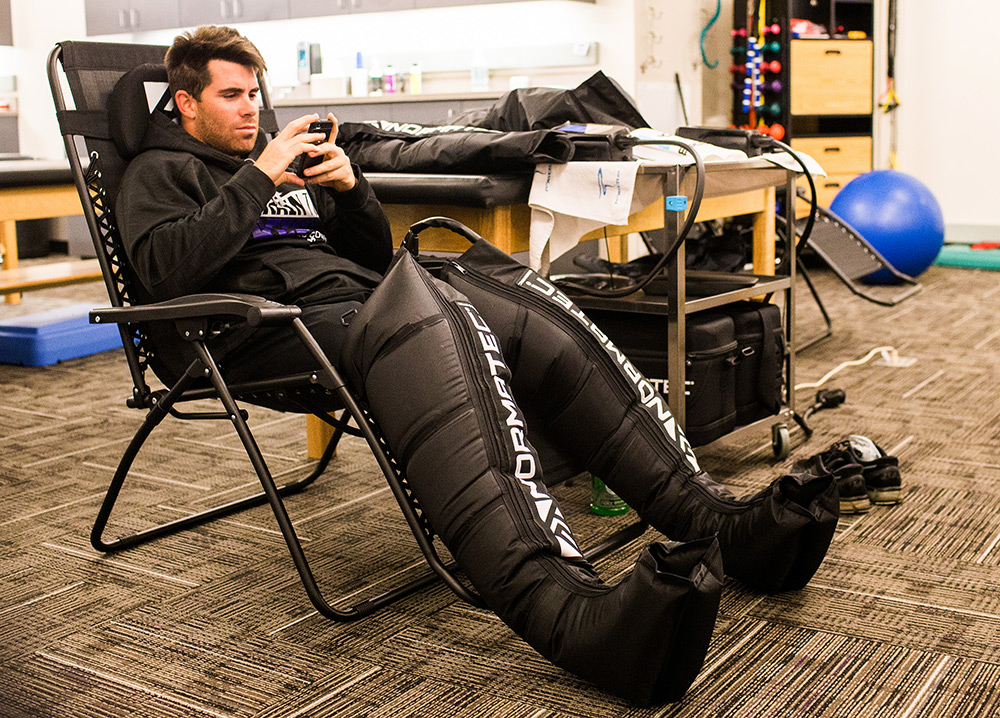 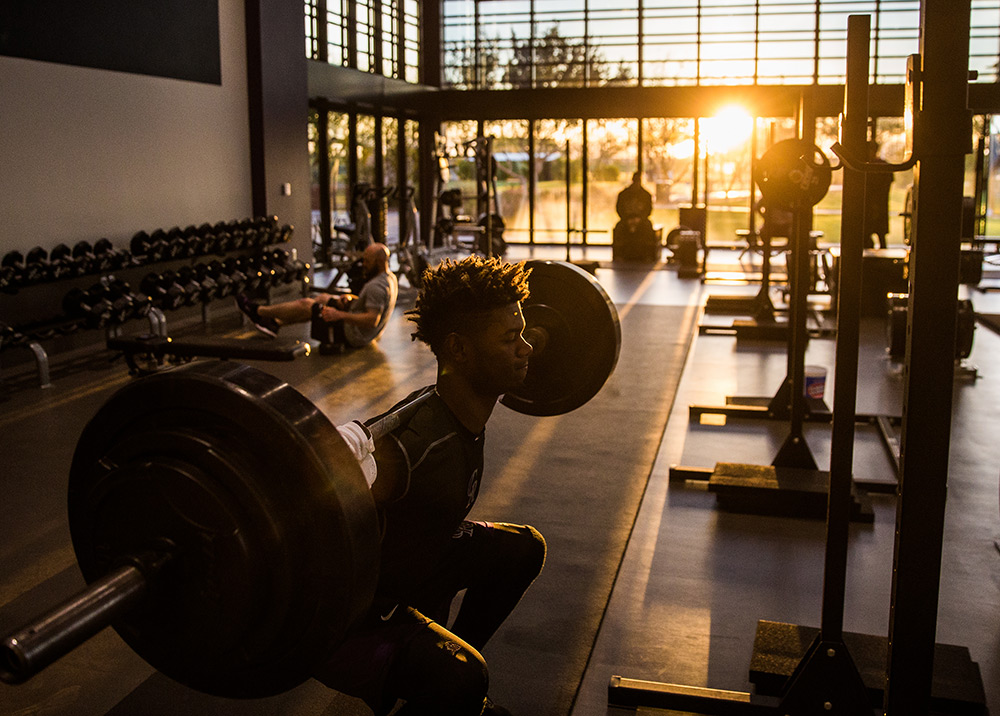 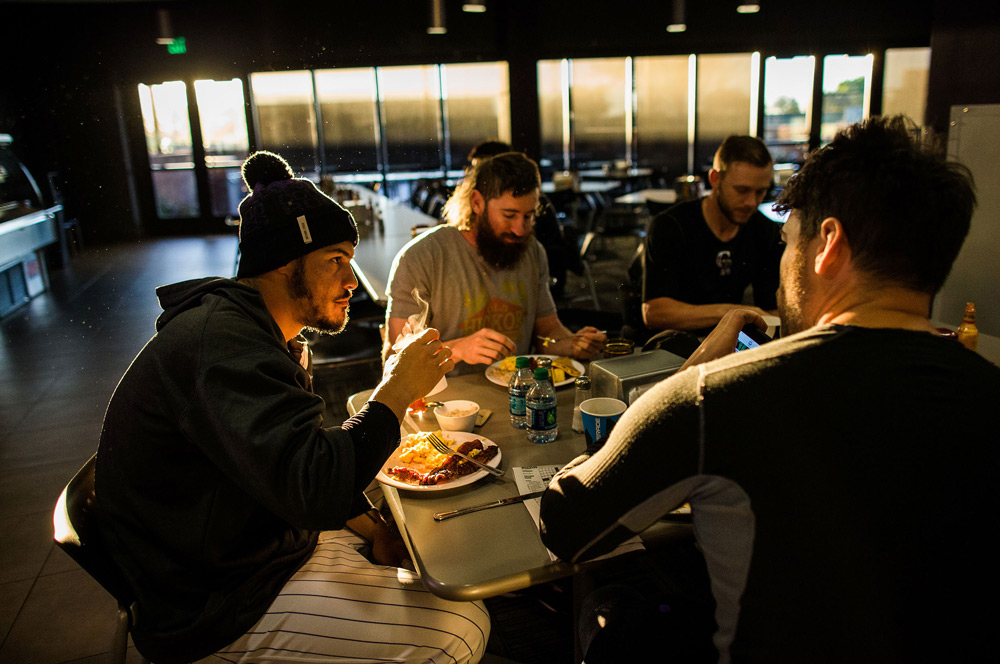 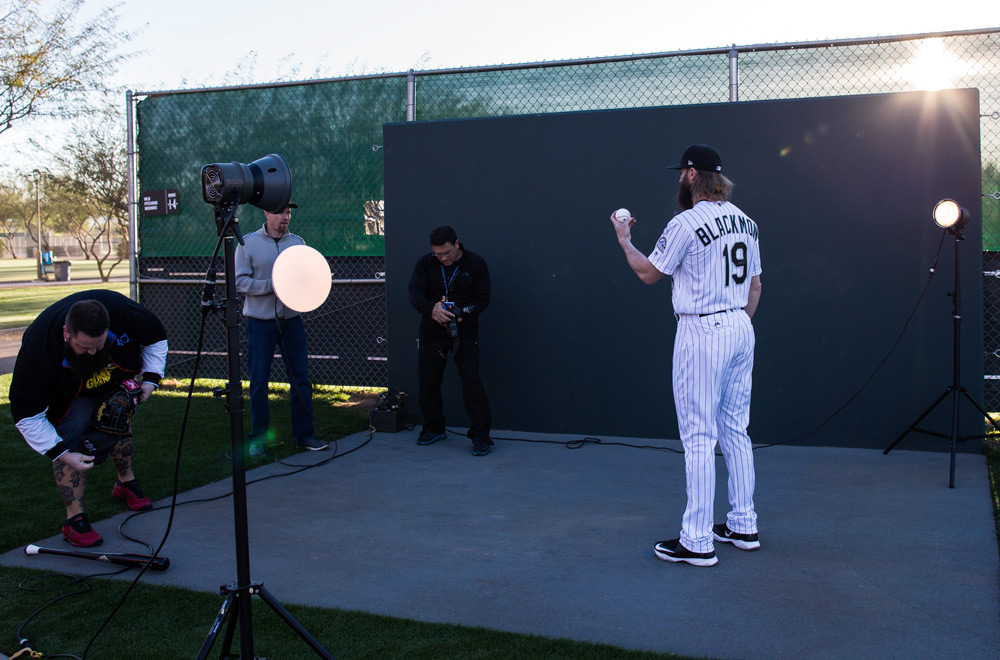 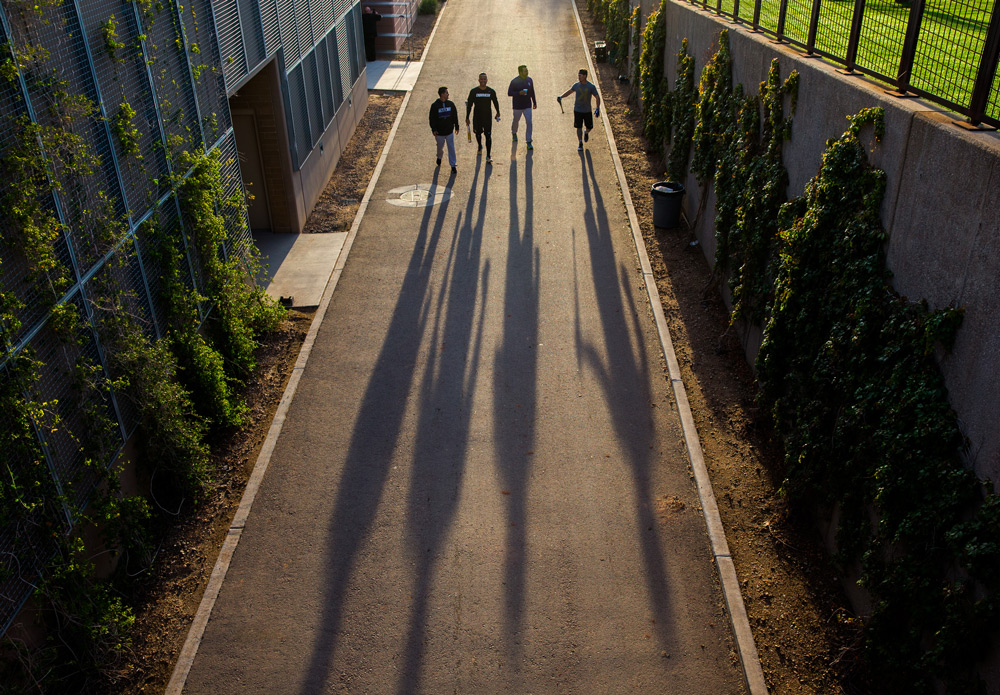 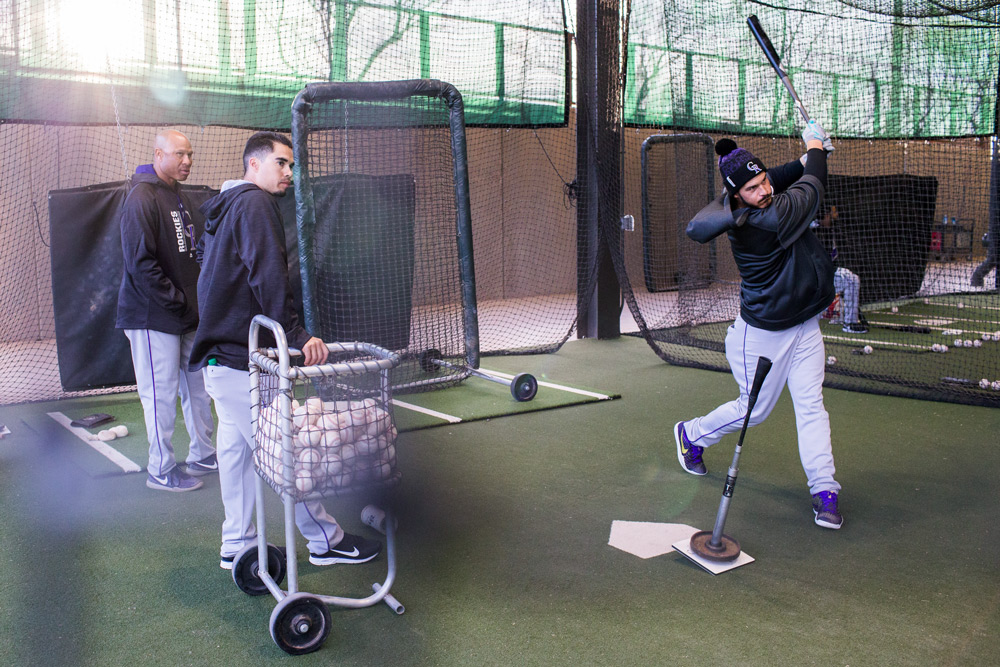 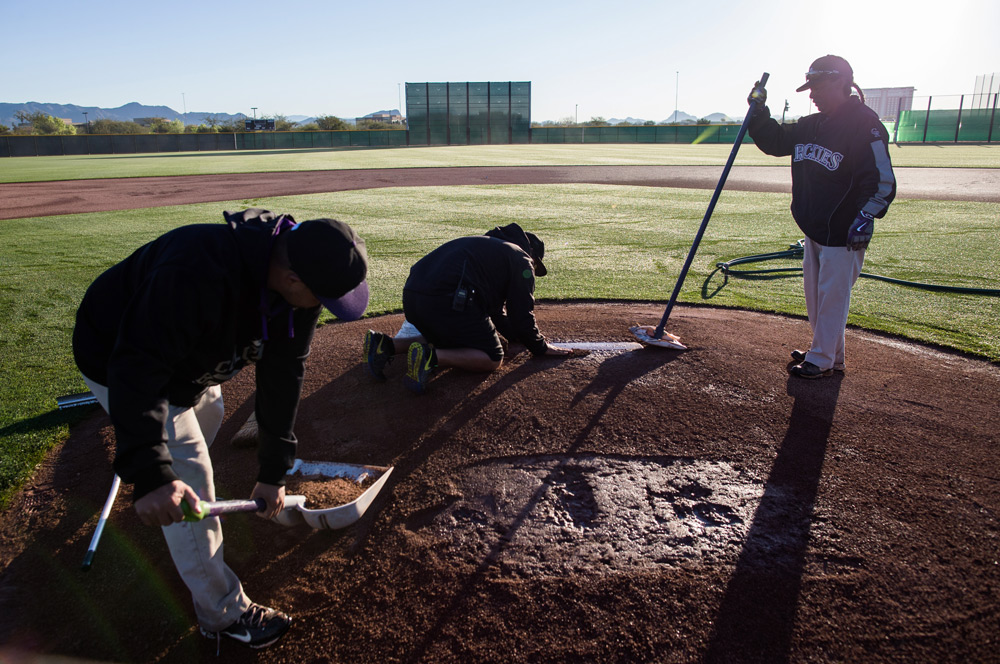 7:43 a.m., March 1: Grounds crew members repair the pitcher's mound on an auxiliary field that was damaged by heavy rains the previous day. 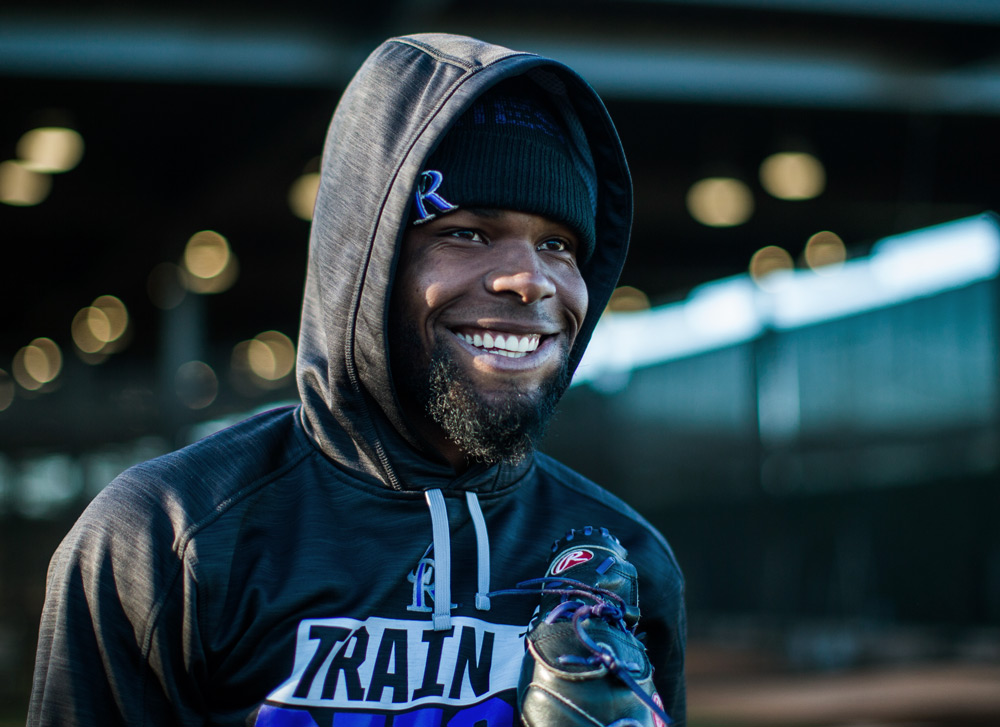 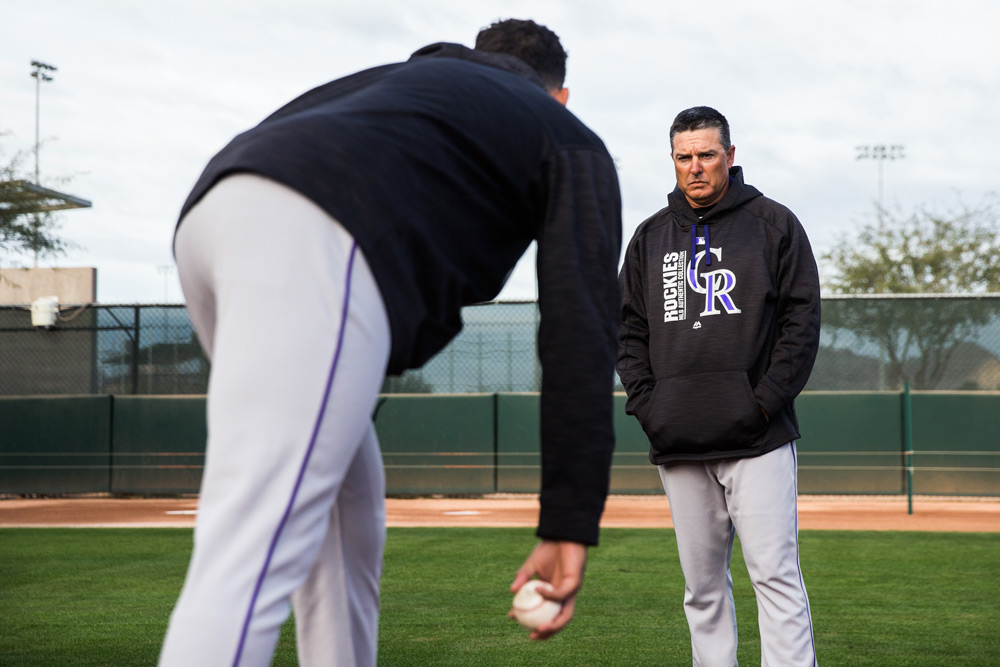 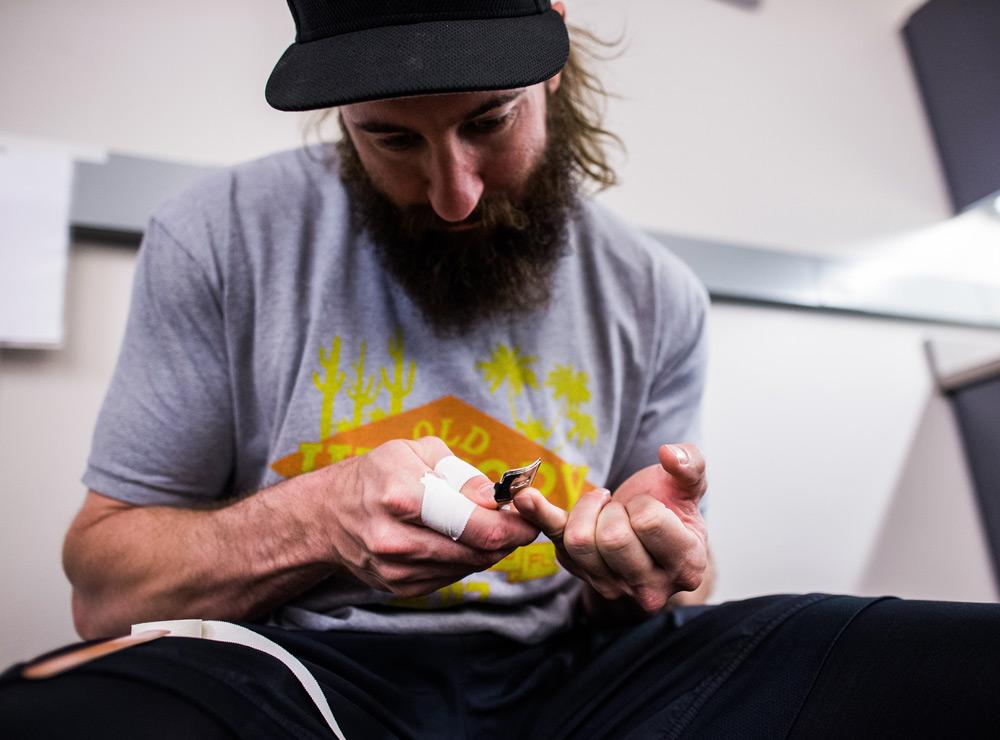 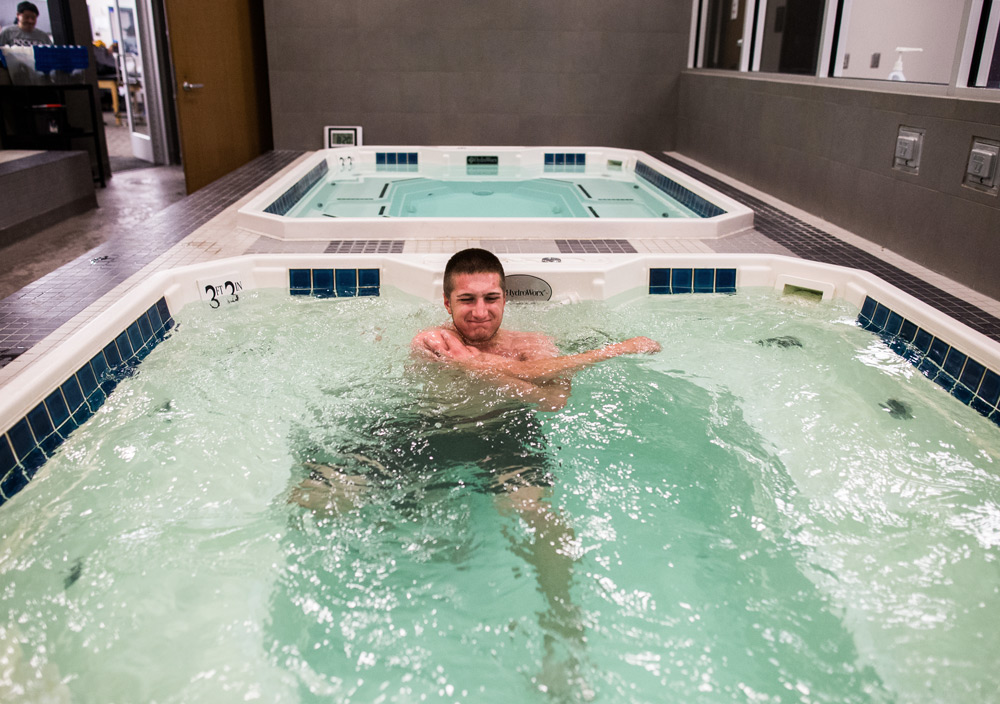 8:18 a.m., March 1: Ryan Castellani loosens up his pitching shoulder in the hot tub. 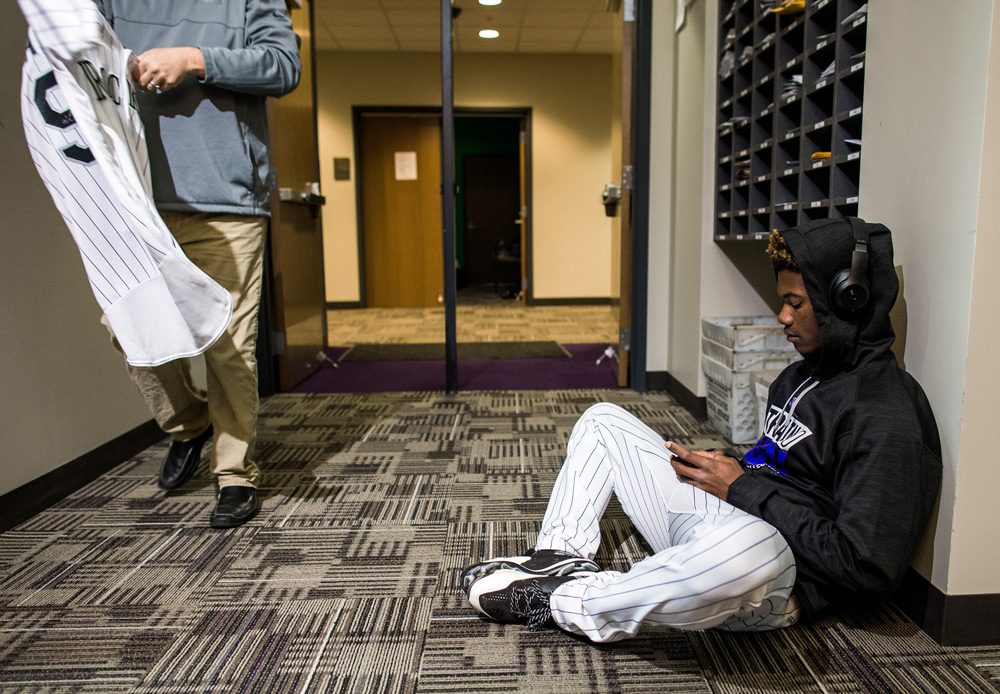 8:19 a.m., March 1: Raimel Tapia relaxes in a hallway before the full team assembles for the first meeting of the day. 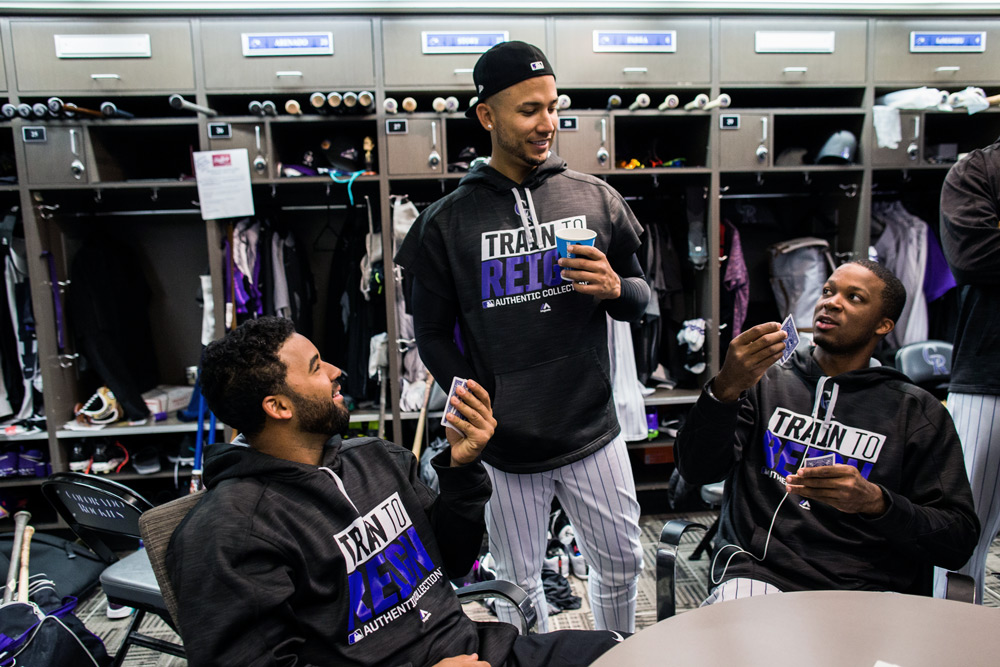 8:32 a.m., March 1: Rafael Ynoa (left) and Rosell Herrera show their cards to Carlos Gonzalez who looks in the locker room. 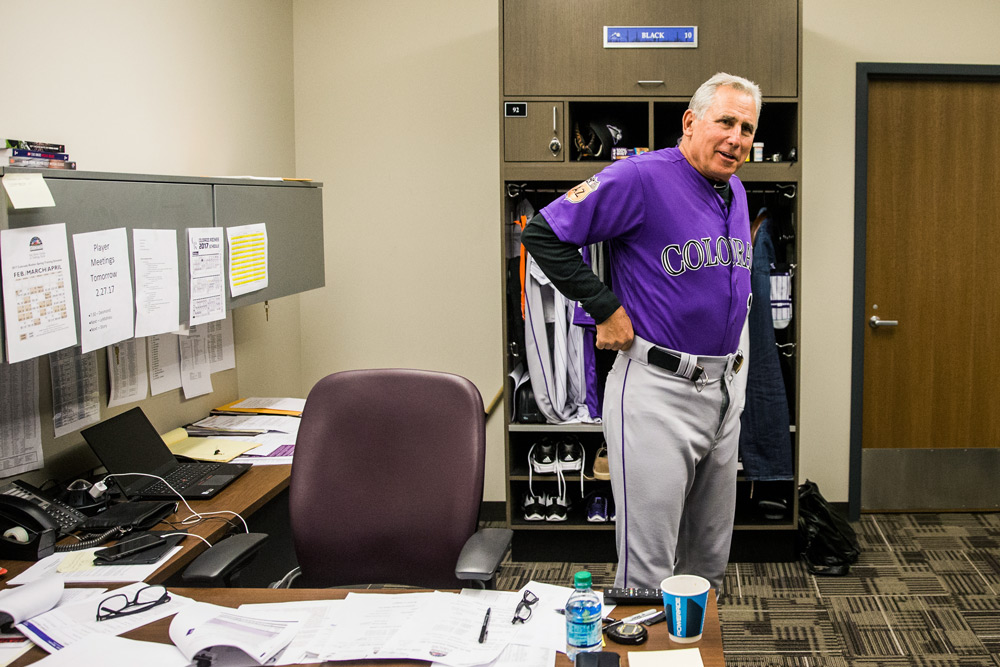 8:45 a.m., Feb. 27: Rockies manager Bud Black puts the finishing touches on his uniform before full-team activities begin for the day.