GLENDALE, Ariz. -- When college basketball teams reach a stage as grand as the Final Four, every emotion is amplified: Every basket more celebrated, every missed free throw more painful and every foul call more scrutinized.

And it's not just limited to coaches and players. Four fan bases travel thousands of miles, only for three of them to go home disappointed, while one basks in the glory of a title into the early-morning hours.

Take a look at the wide range of emotions captured at the Final Four. 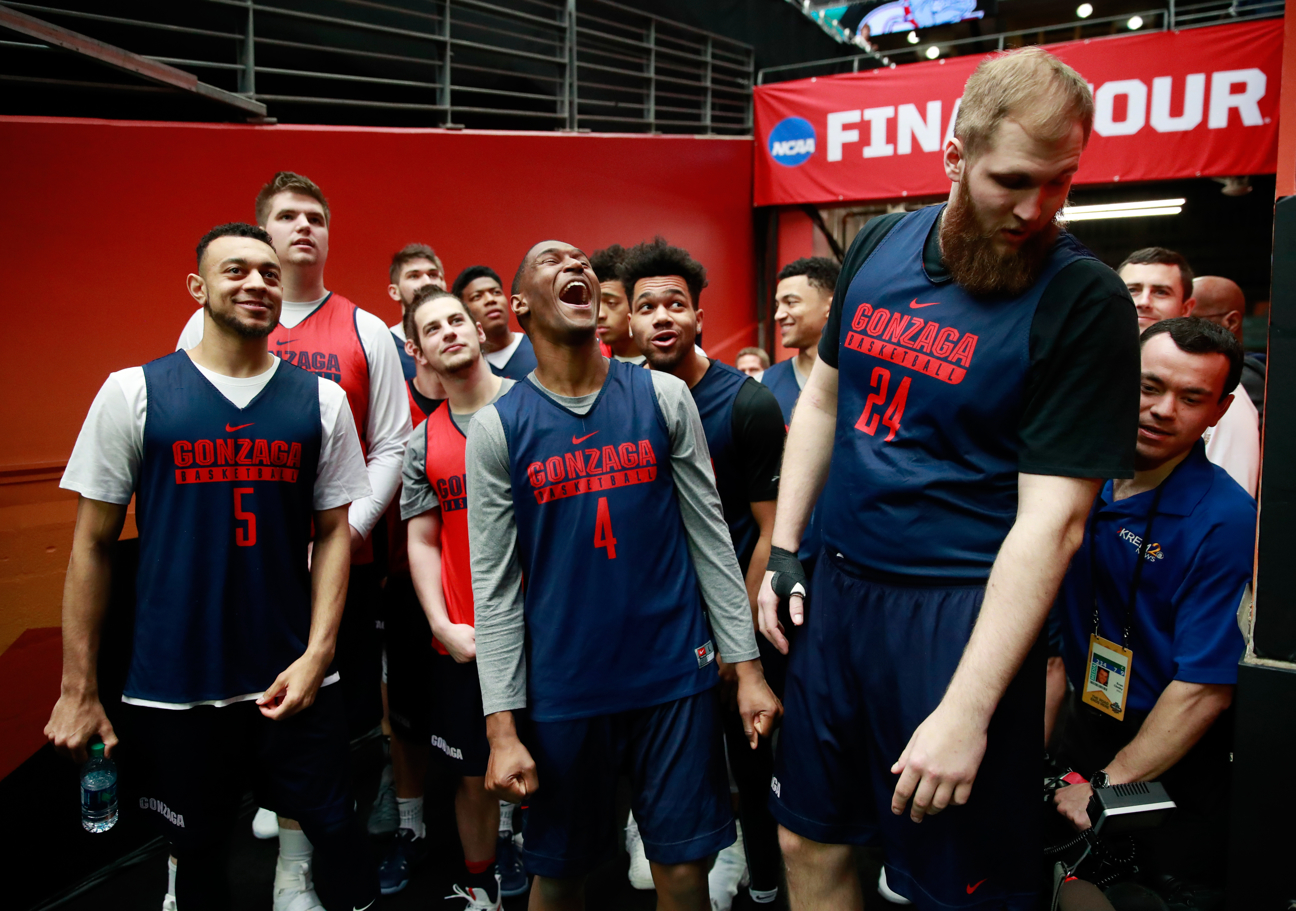 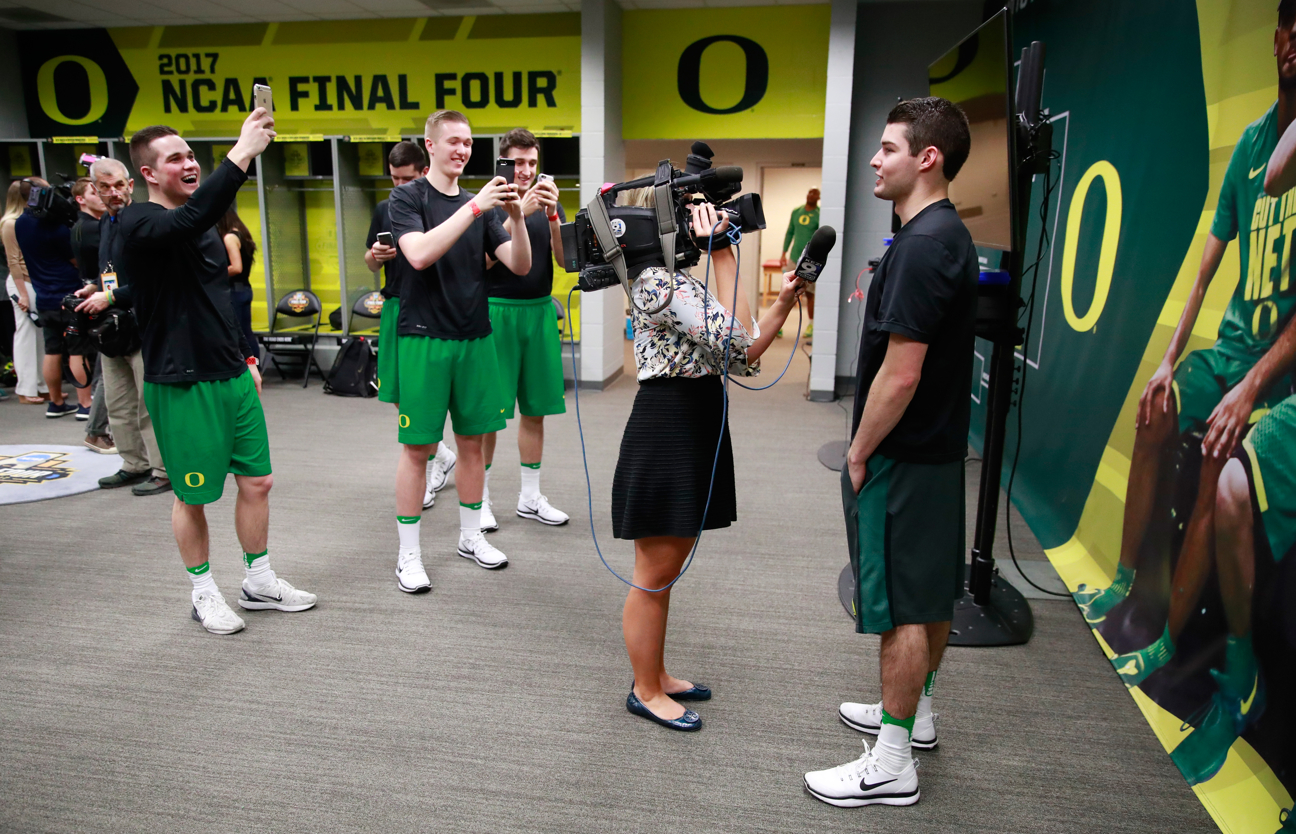 Oregon team manager Patrick Benson is interviewed by a reporter while his fellow managers look on and heckle him in the locker room at media day. 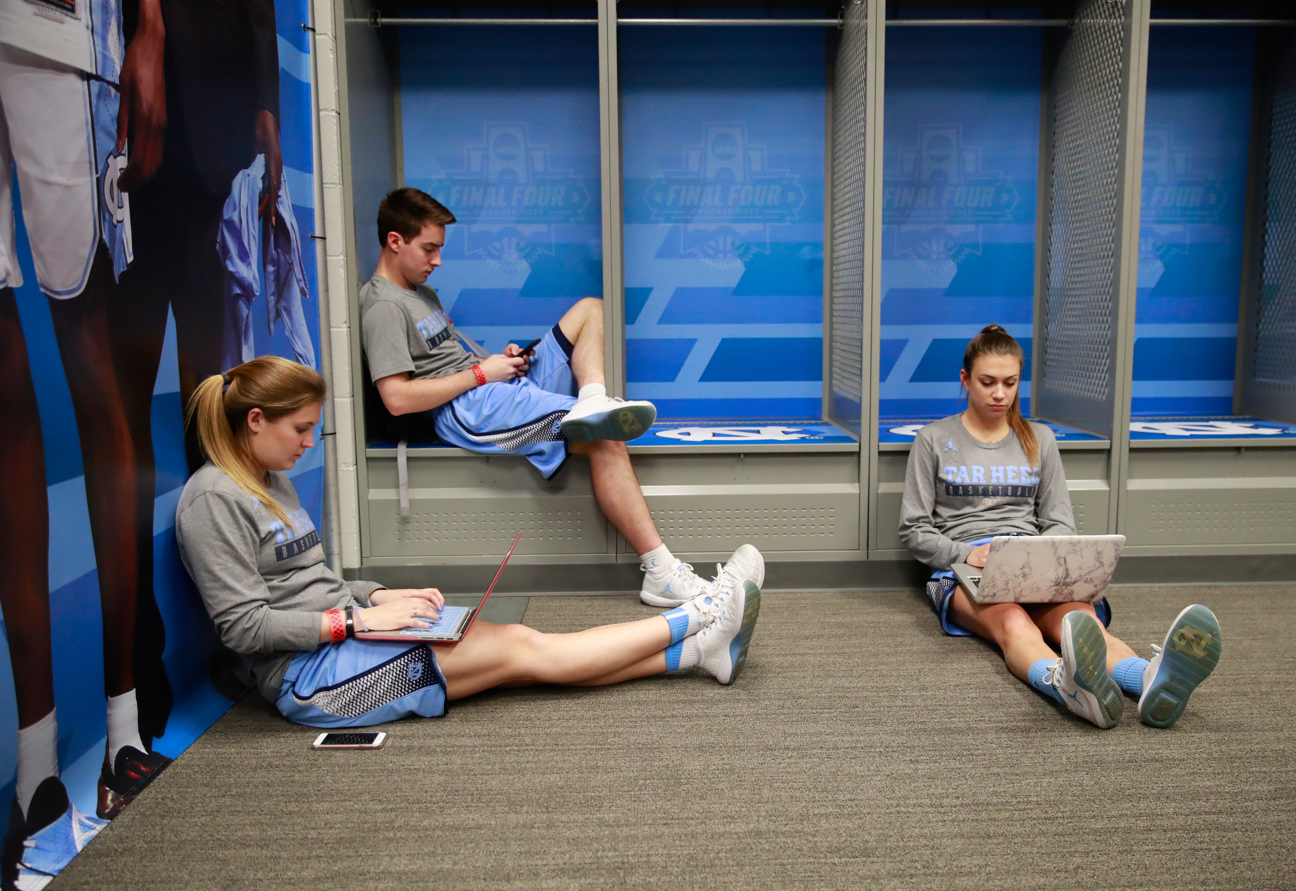 Gonzaga guard Rem Bakamus (15) looks up at a mural of the national championship trophy with center Ryan Edwards (25) as the Bulldogs walk out onto the court for warm-ups ahead of their Final Four game against South Carolina. 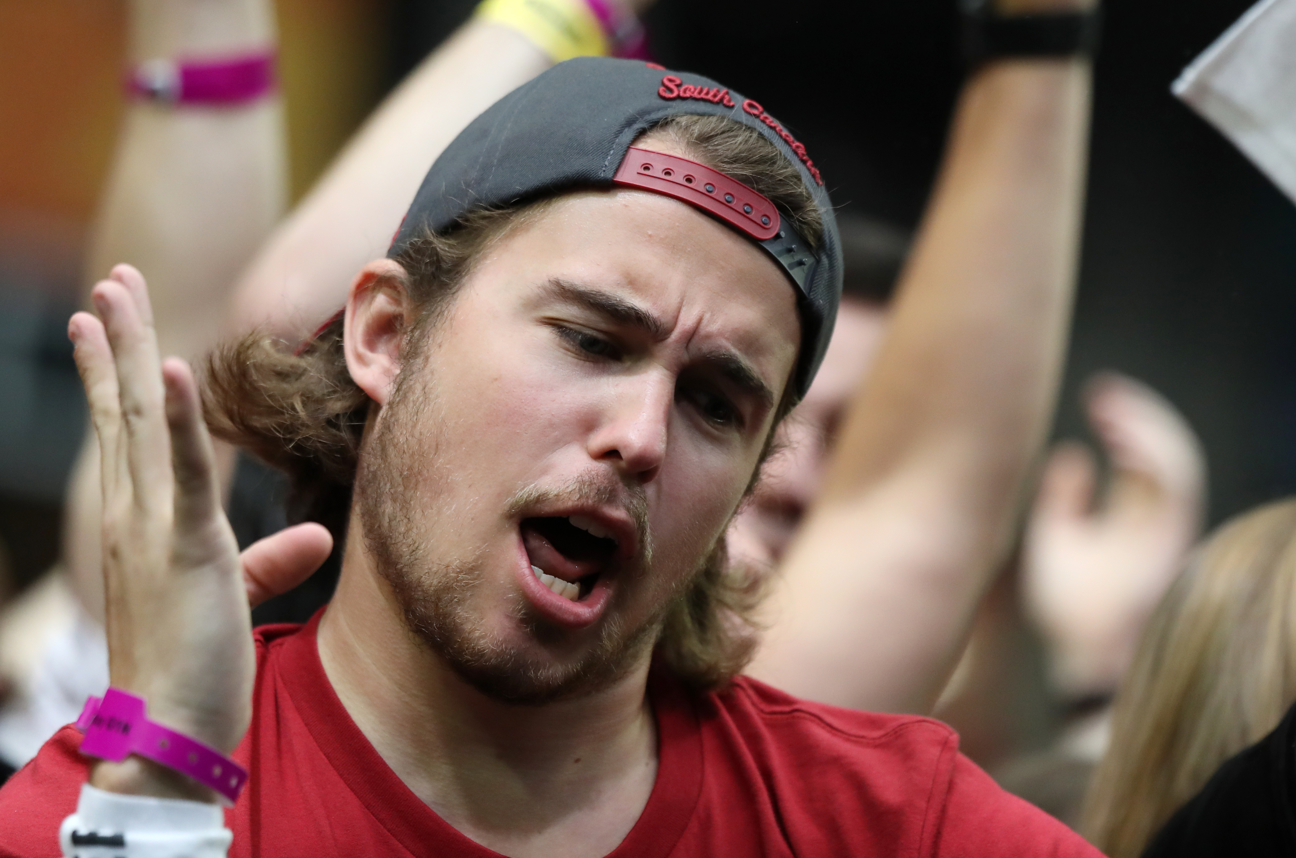 South Carolina fan Joey Bader, from Kennett Square, Pennsylvania, dances with the rest of the Gamecocks faithful before the team's game against Gonzaga.

South Carolina coach Frank Martin throws up his hands as he has trouble coming to terms with a foul called against one of his players.

Gonzaga guard Josh Perkins sits in disbelief after being called for fouling South Carolina Gamecocks forward Chris Silva when both players dove for a loose ball. 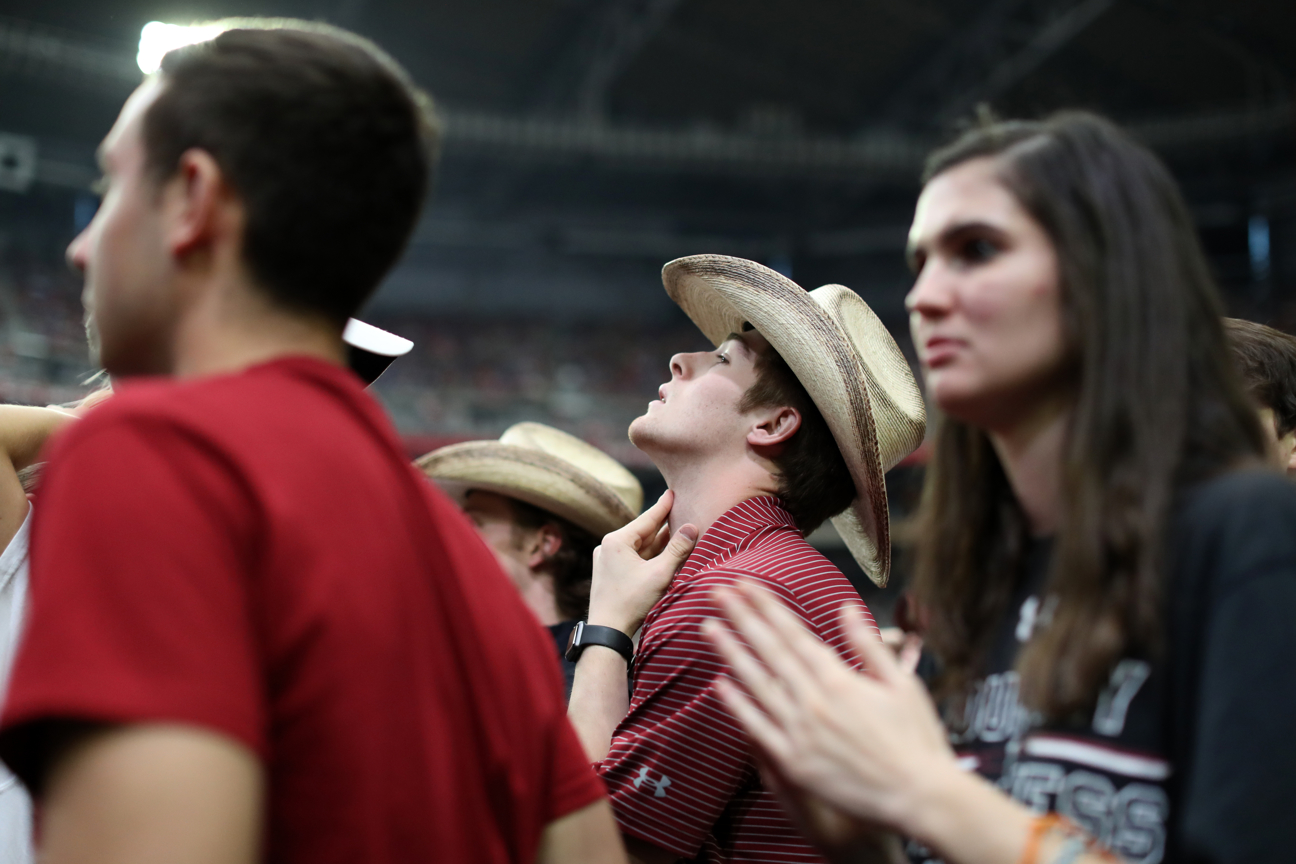 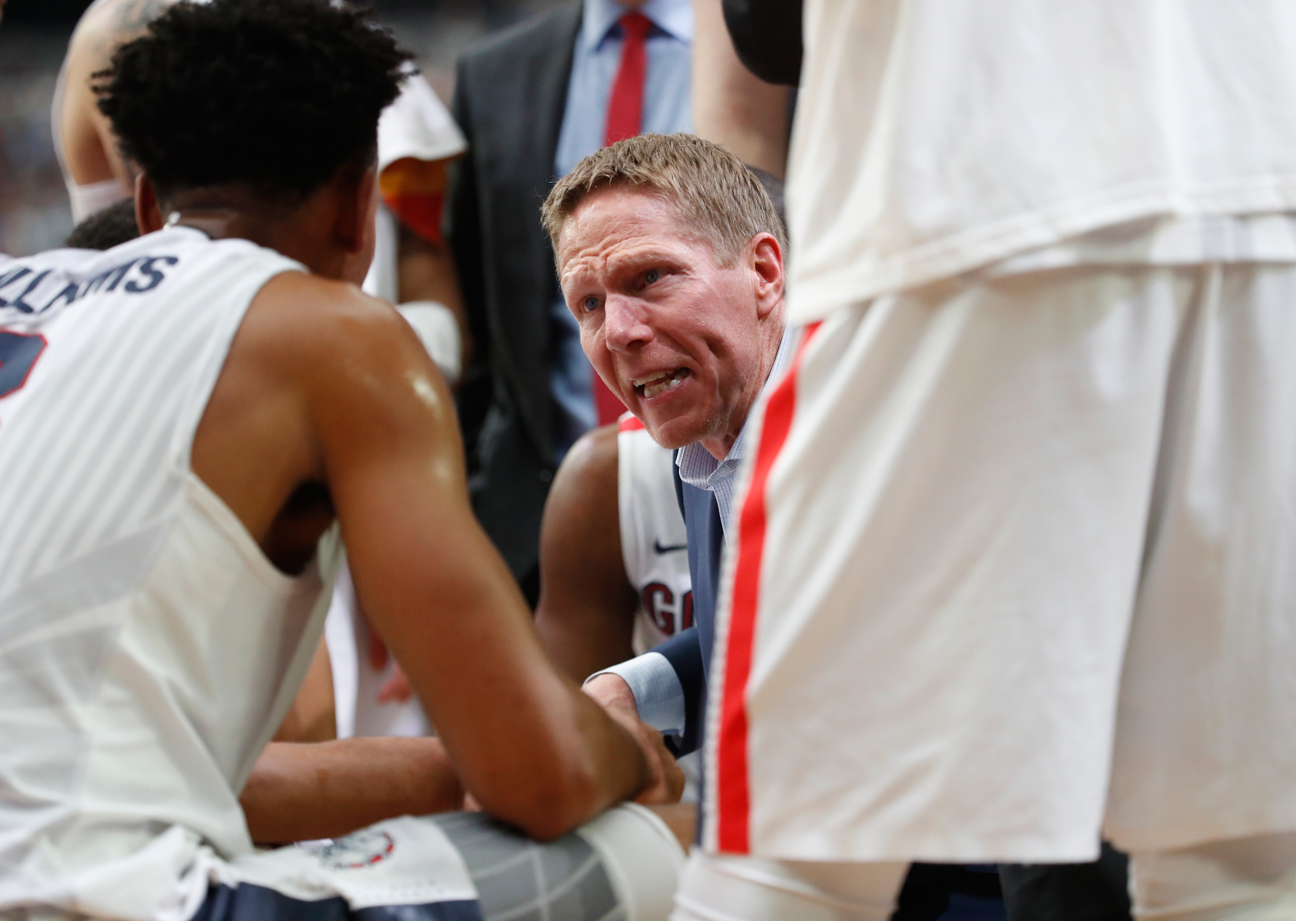 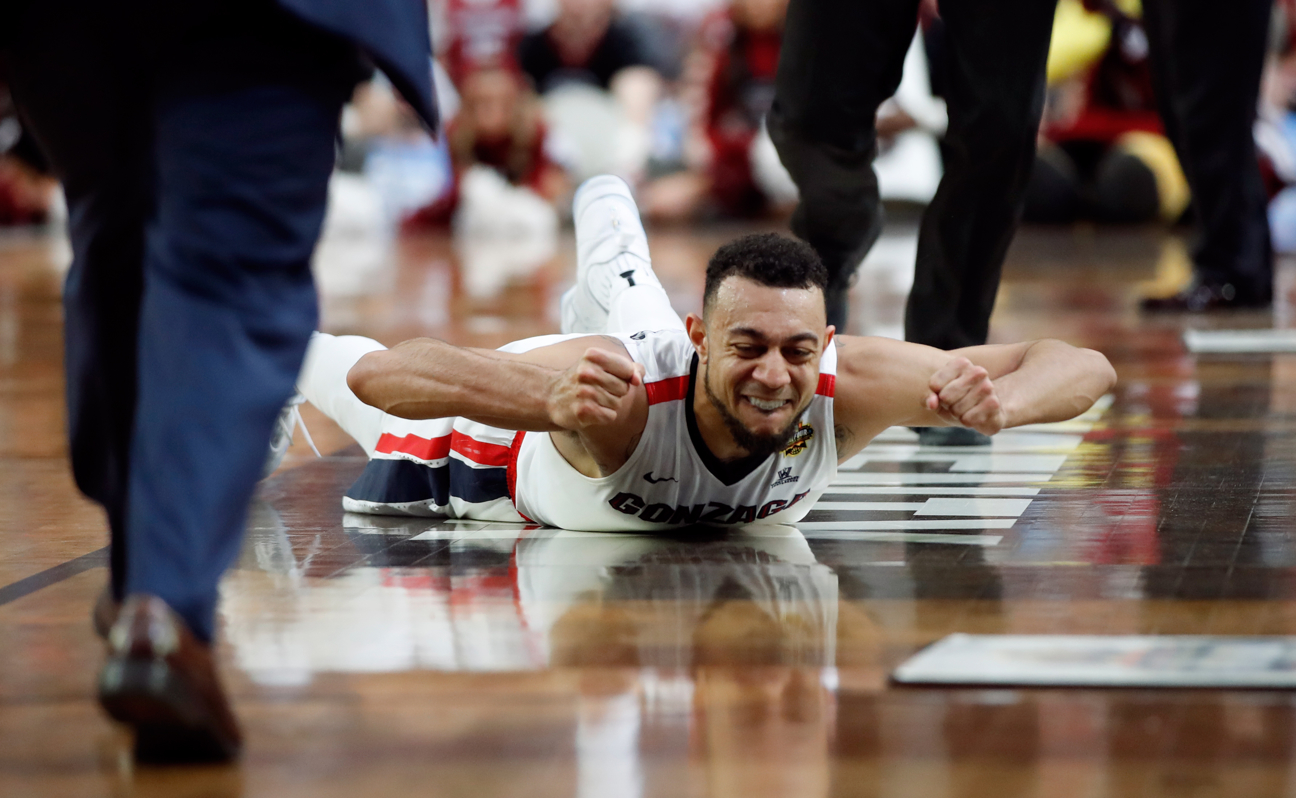 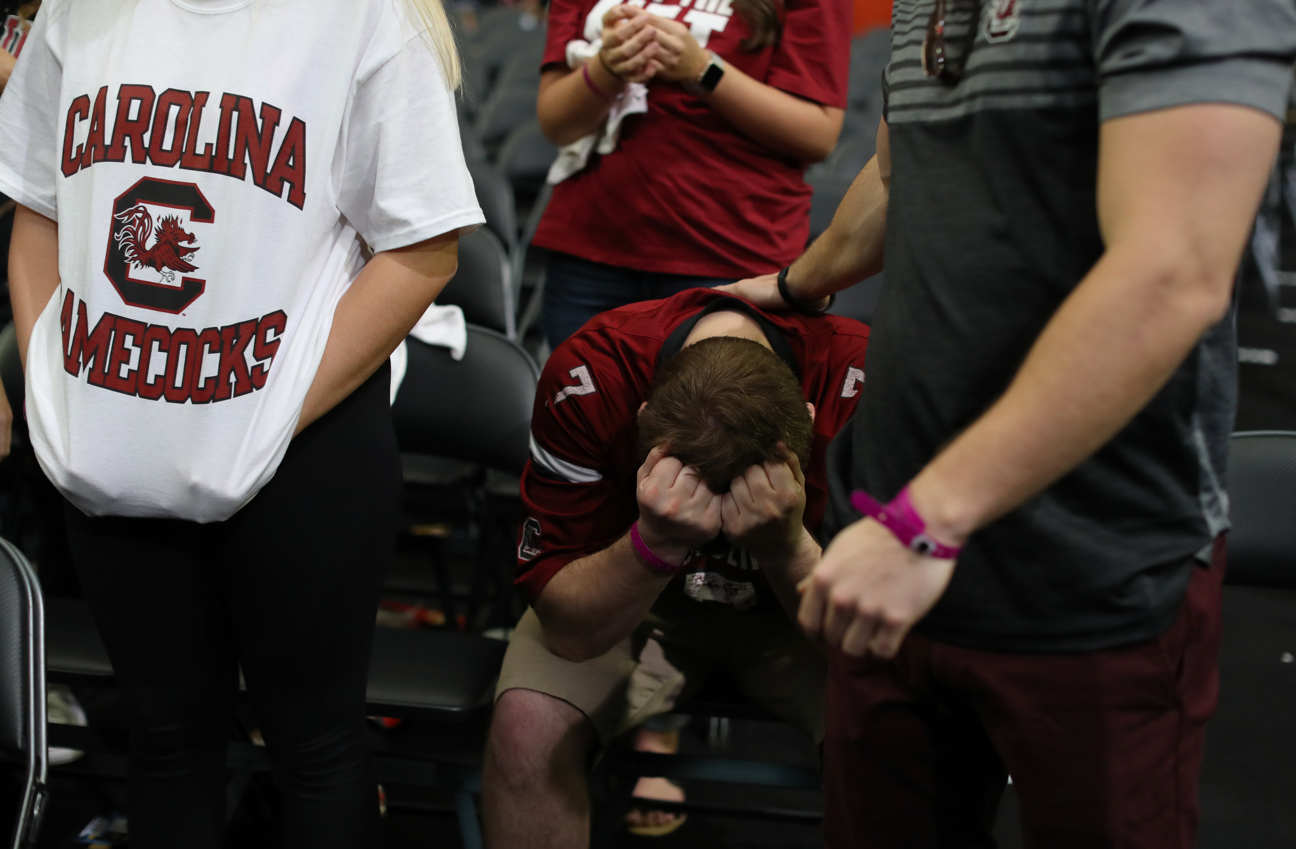 A South Carolina student can't bear to look up after his team missed out on a chance to advance to the championship game. 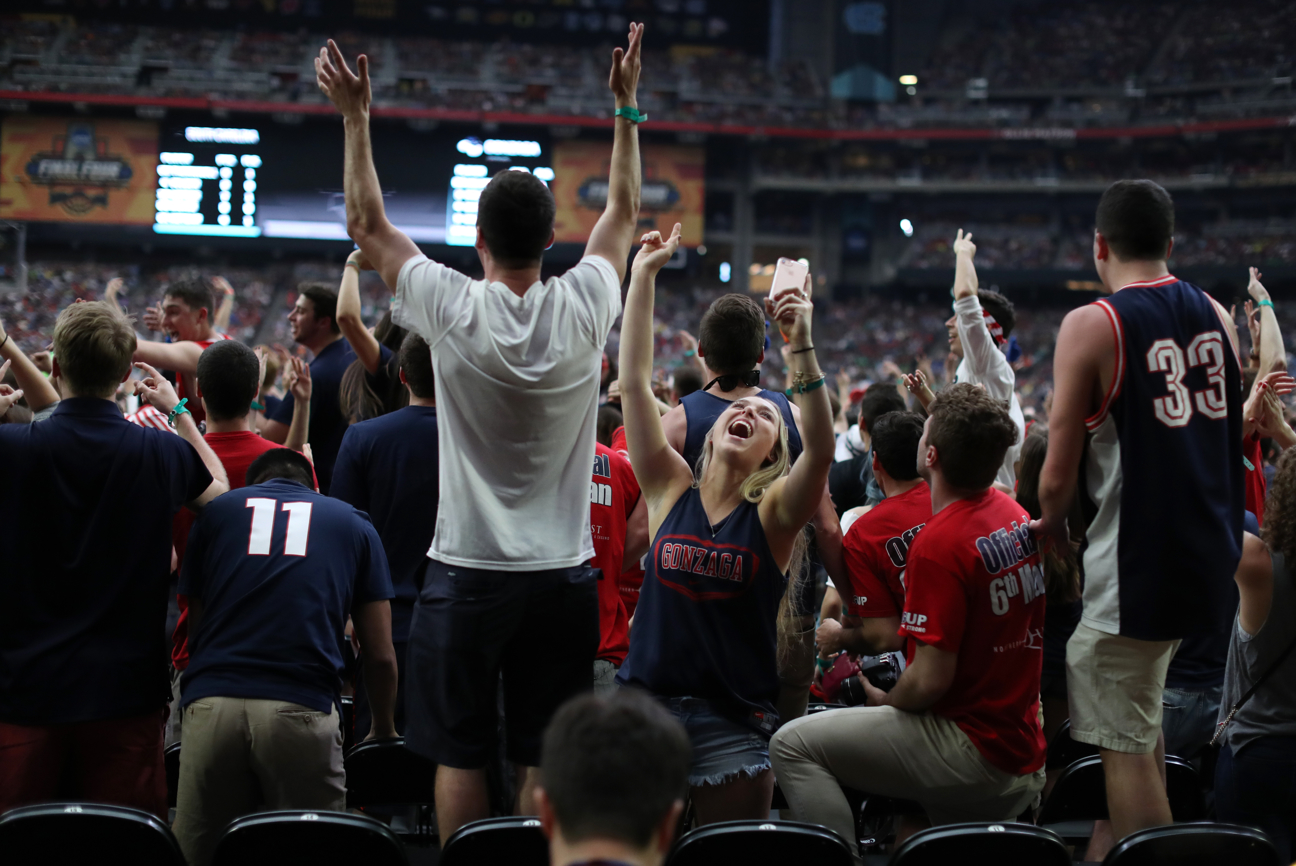 Gonzaga student Jordan Gasser swings around to celebrate after freshman forward Killian Tillie secured a rebound with 3.5 seconds to go in the game. 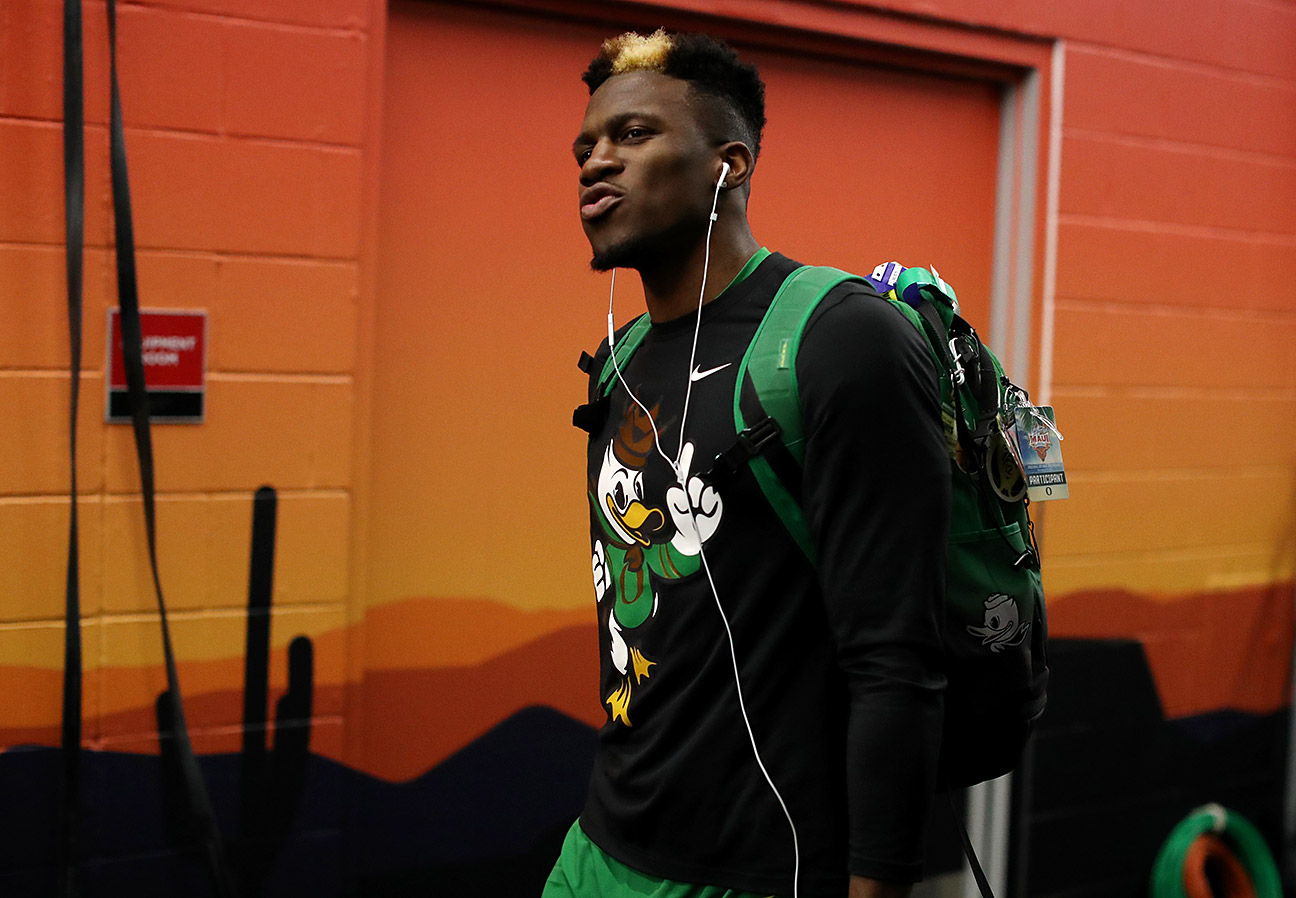 Oregon guard Dylan Ennis (31) smiles while listening to music as he walks toward the locker room before the second Final Four game against North Carolina. 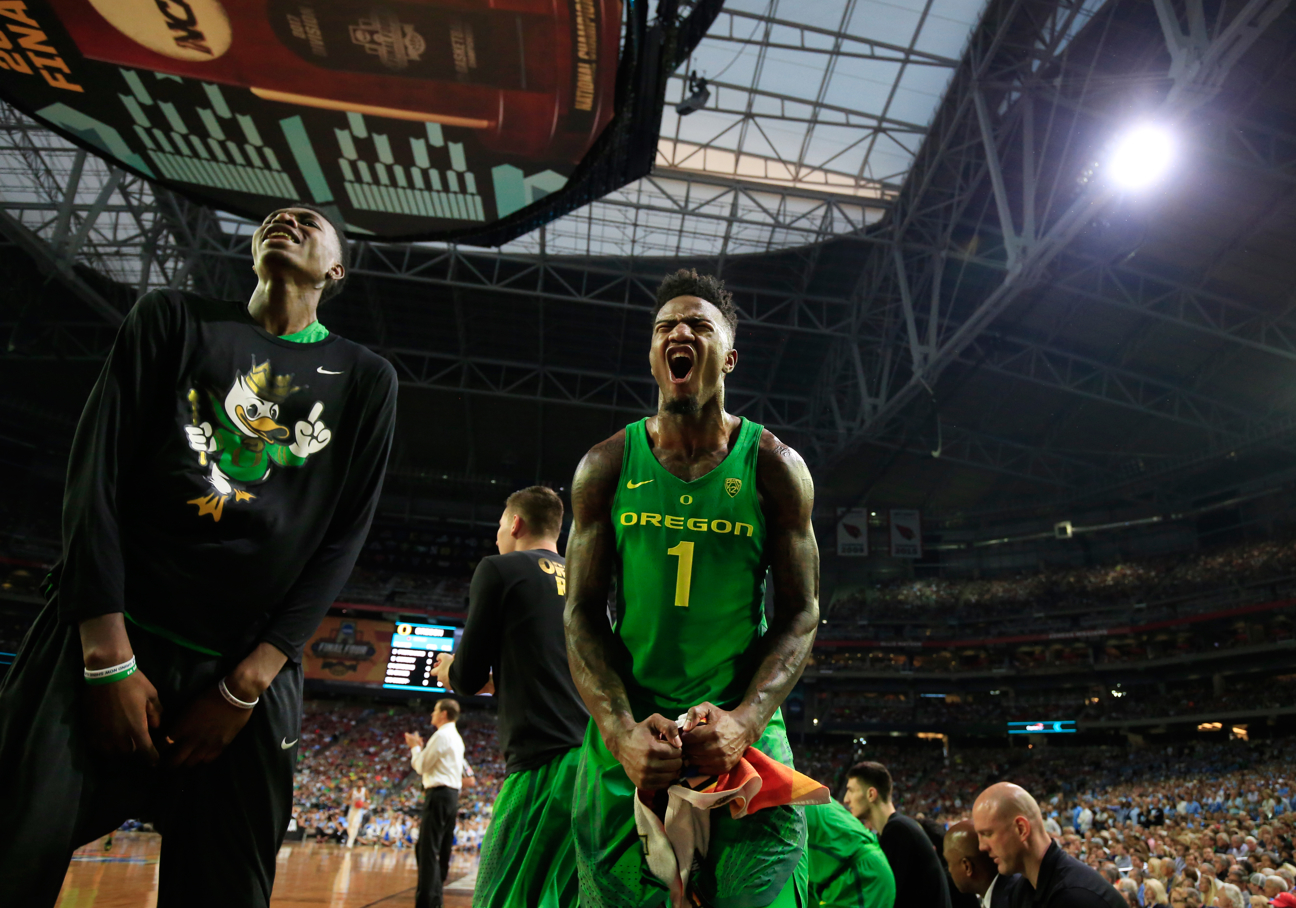 Oregon forwards Chris Boucher and Jordan Bell watch the big screen for a replay as they celebrate a 3-pointer in the first half of Saturday's national semifinal game against North Carolina. 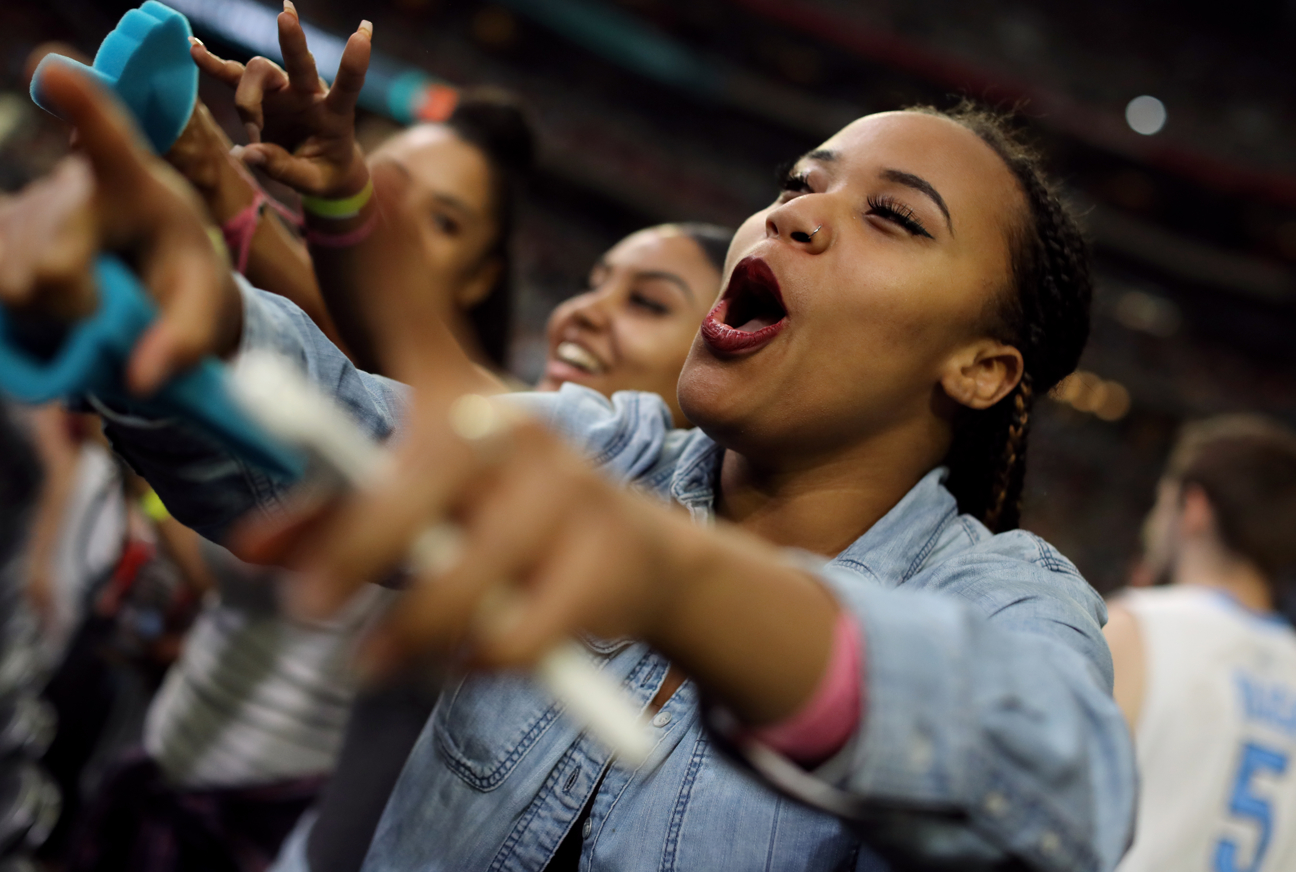 Kenya Lofton, from Phoenix, cheers on North Carolina as the Tar Heels take the floor to warm up. 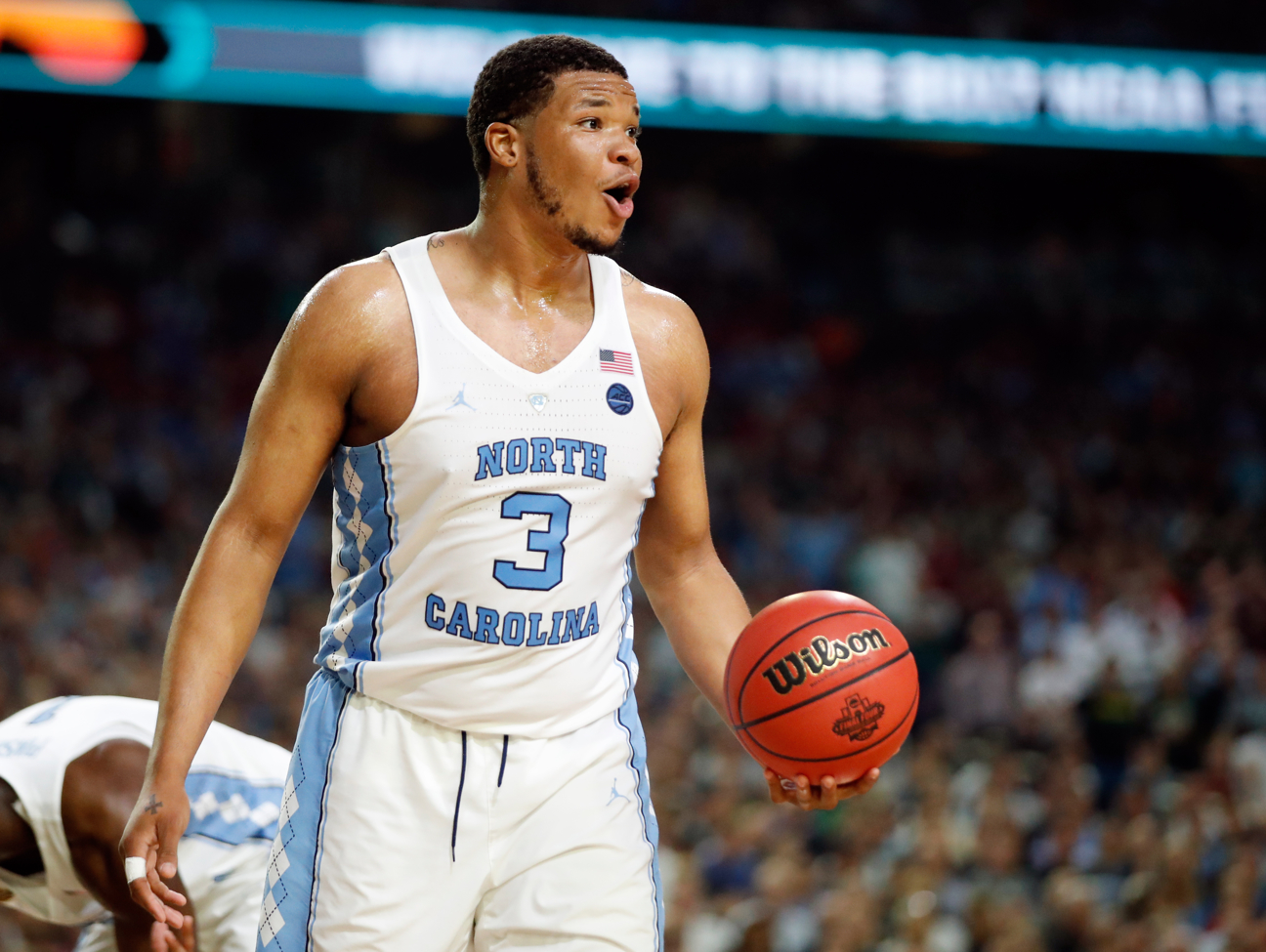 North Carolina forward Kennedy Meeks stands amazed at a defensive foul called on him in the second half of Saturday's national semifinal game. 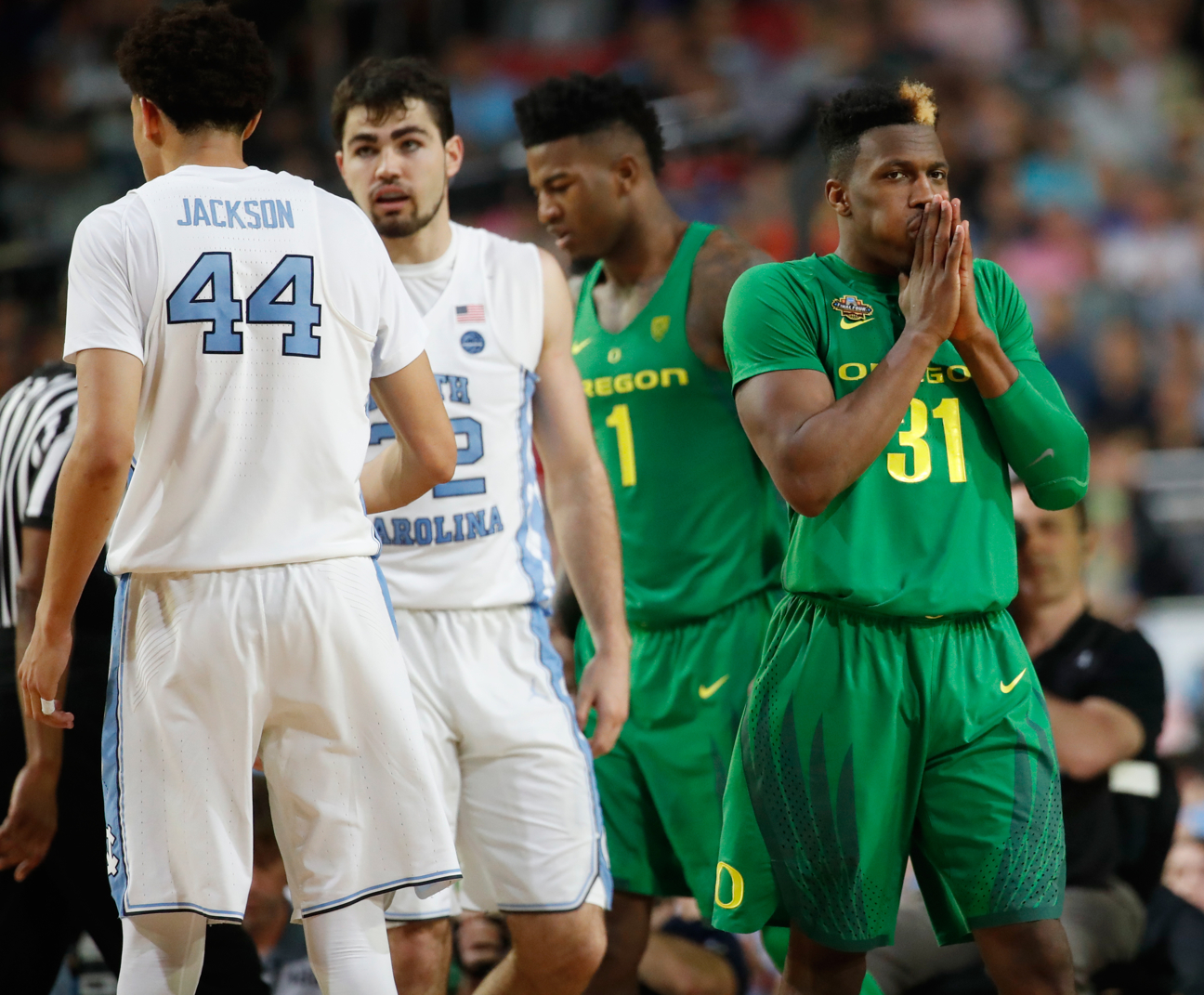 Dylan Ennis tries to calm himself down late in the game as the Ducks make a late push to get within a point of the lead. 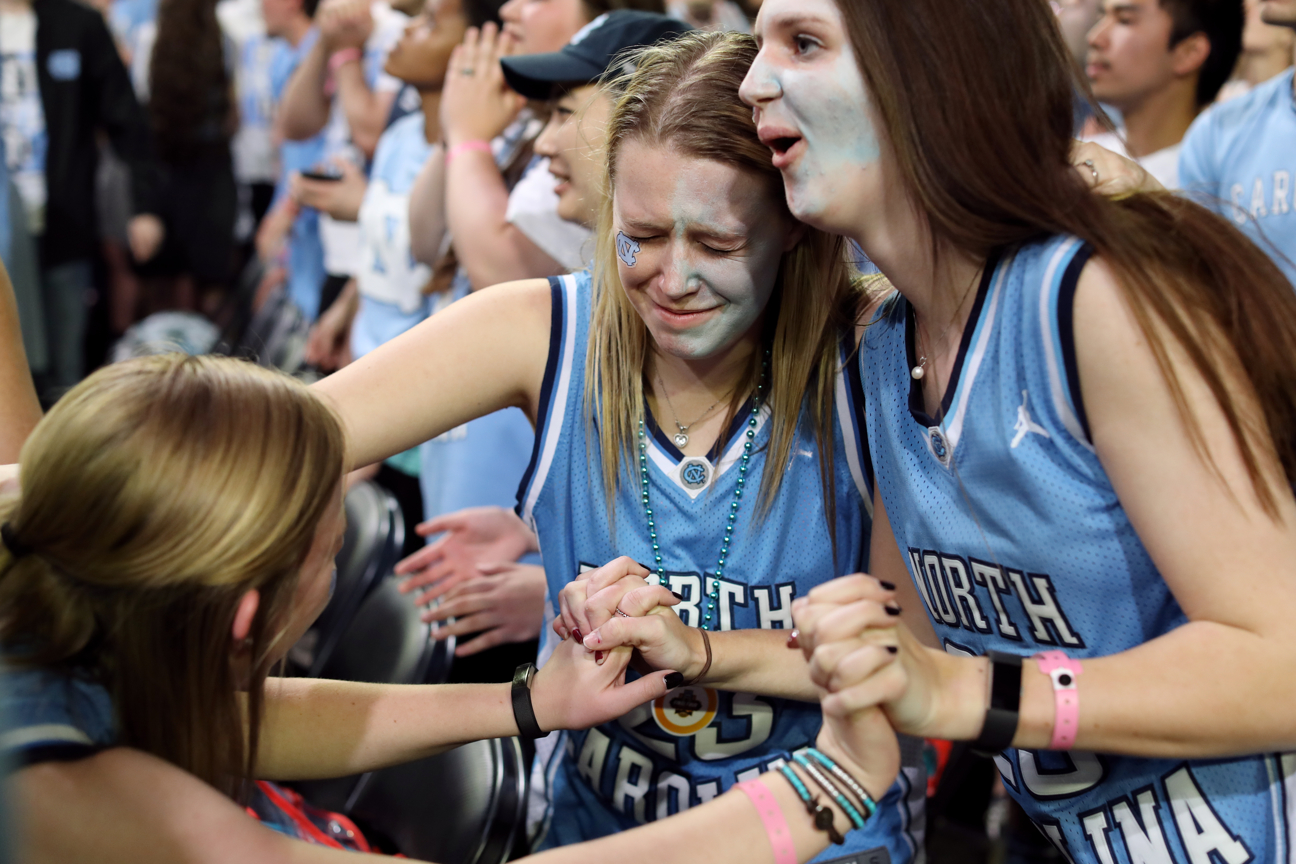 North Carolina fans Juliana Bass, Taylor Schuster and Emily Clinton show a wide range of emotions as the Tar Heels collected two offensive rebounds in the closing seconds to hold on for a 77-76 win. 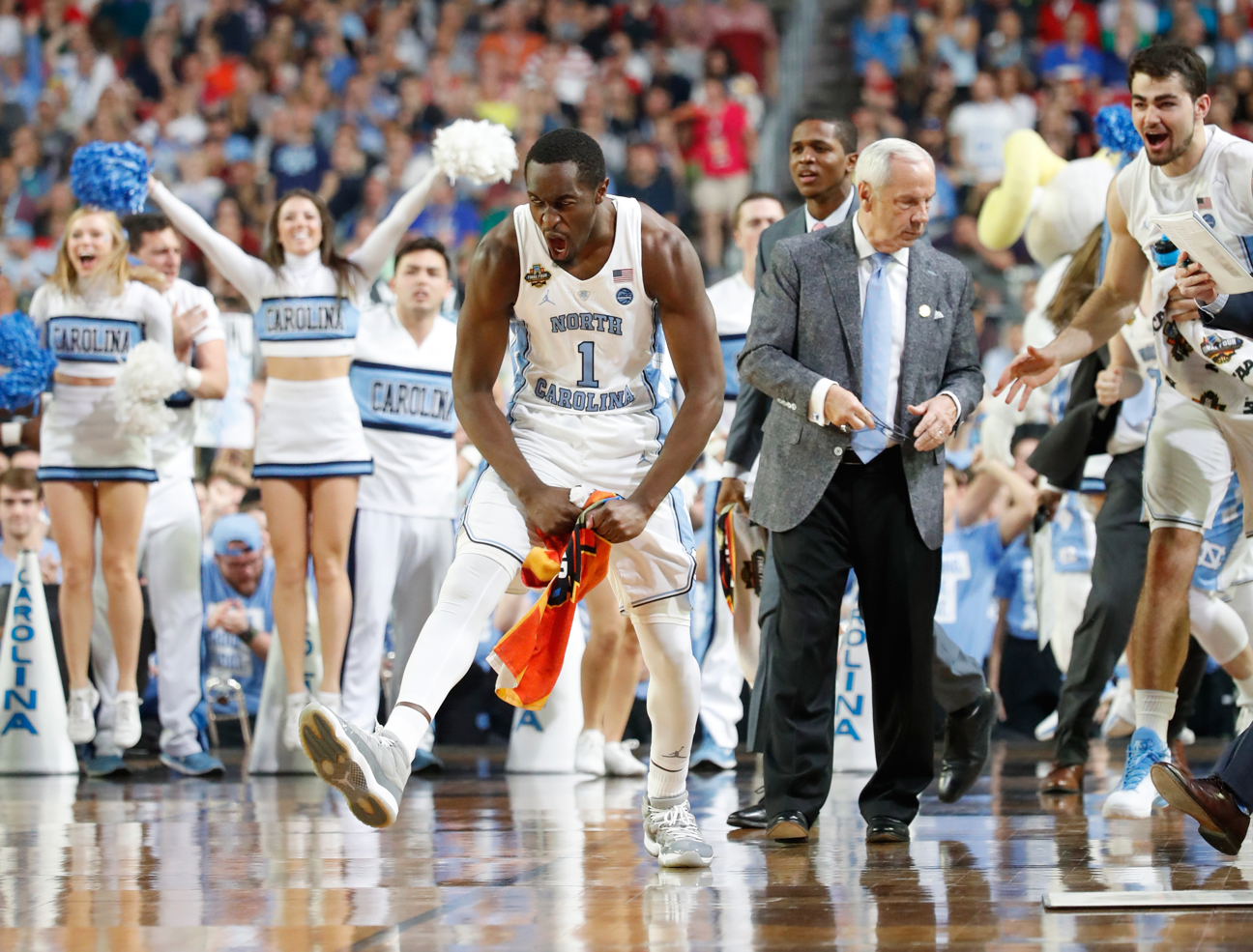 North Carolina junior forward Theo Pinson has a huge reaction to a shot in the first half next to a stoic coach Roy Williams. 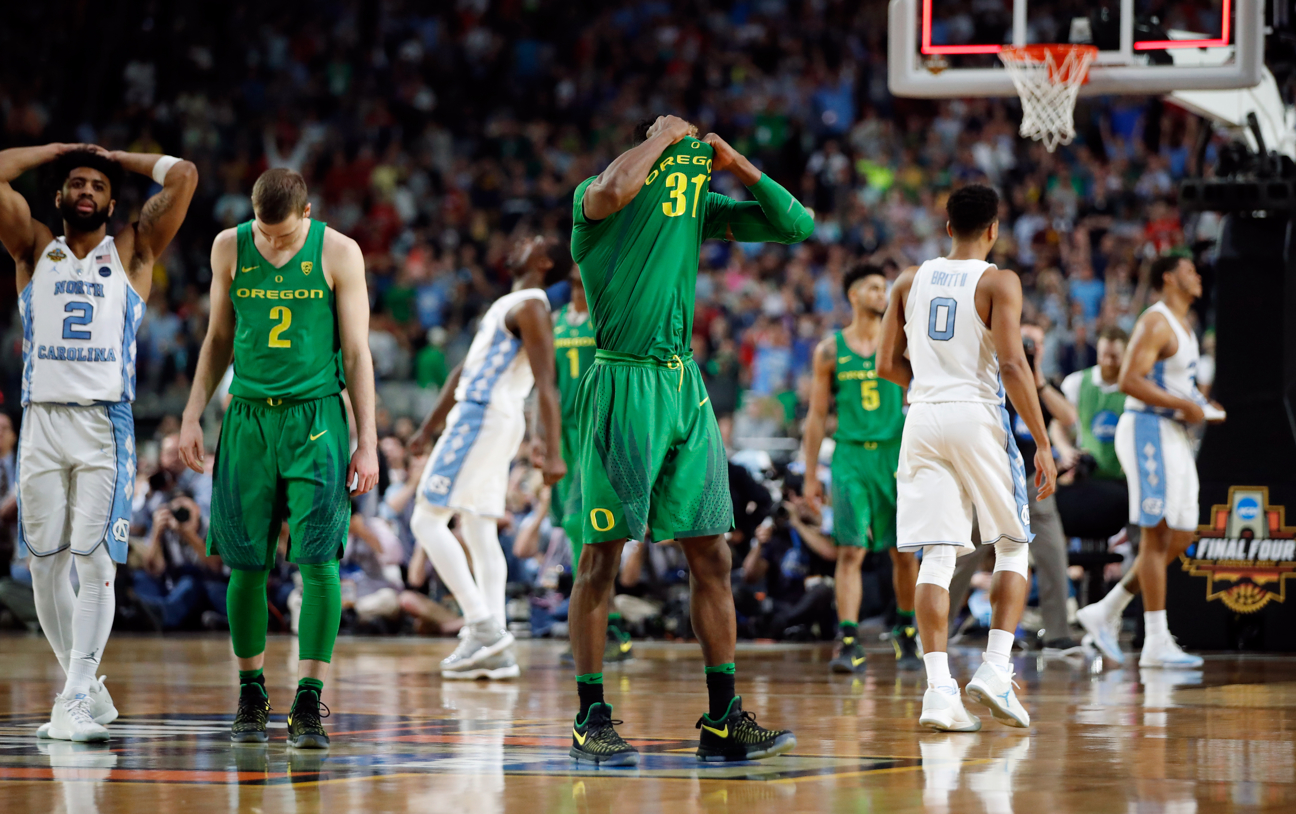 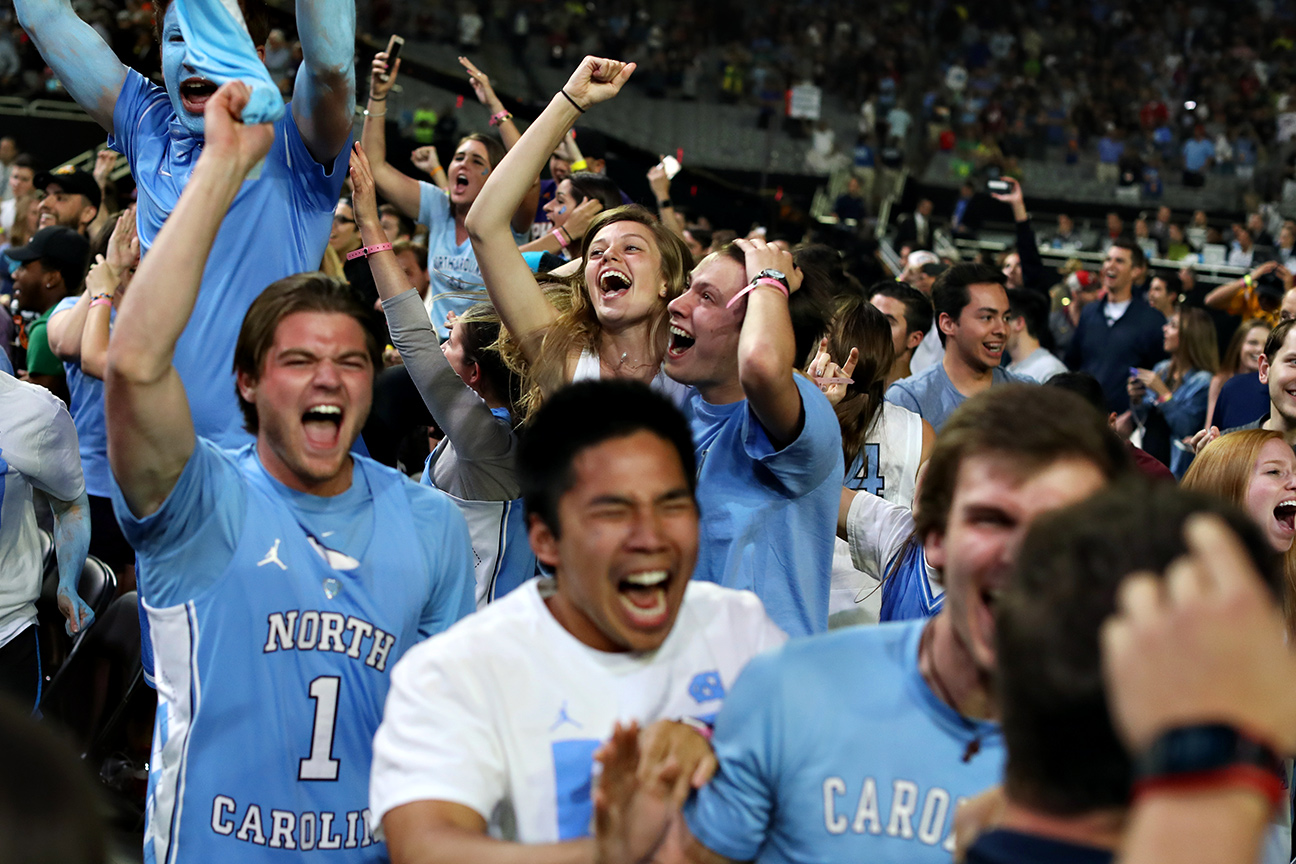 North Carolina students Alex Pritts and Ryan Herron join the rest of the student section in exuberance after the Tar Heels defeated the Ducks to advance to their second straight national championship game. 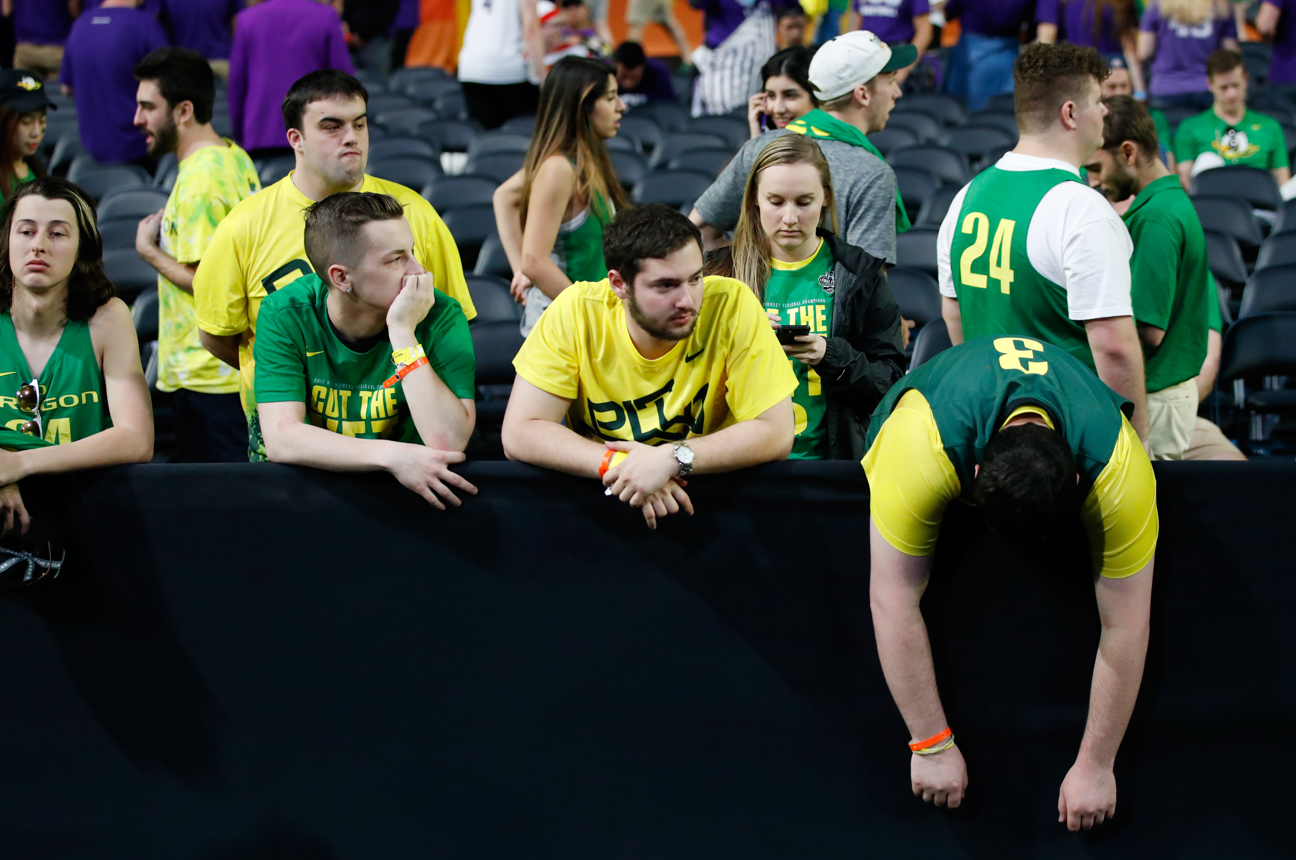 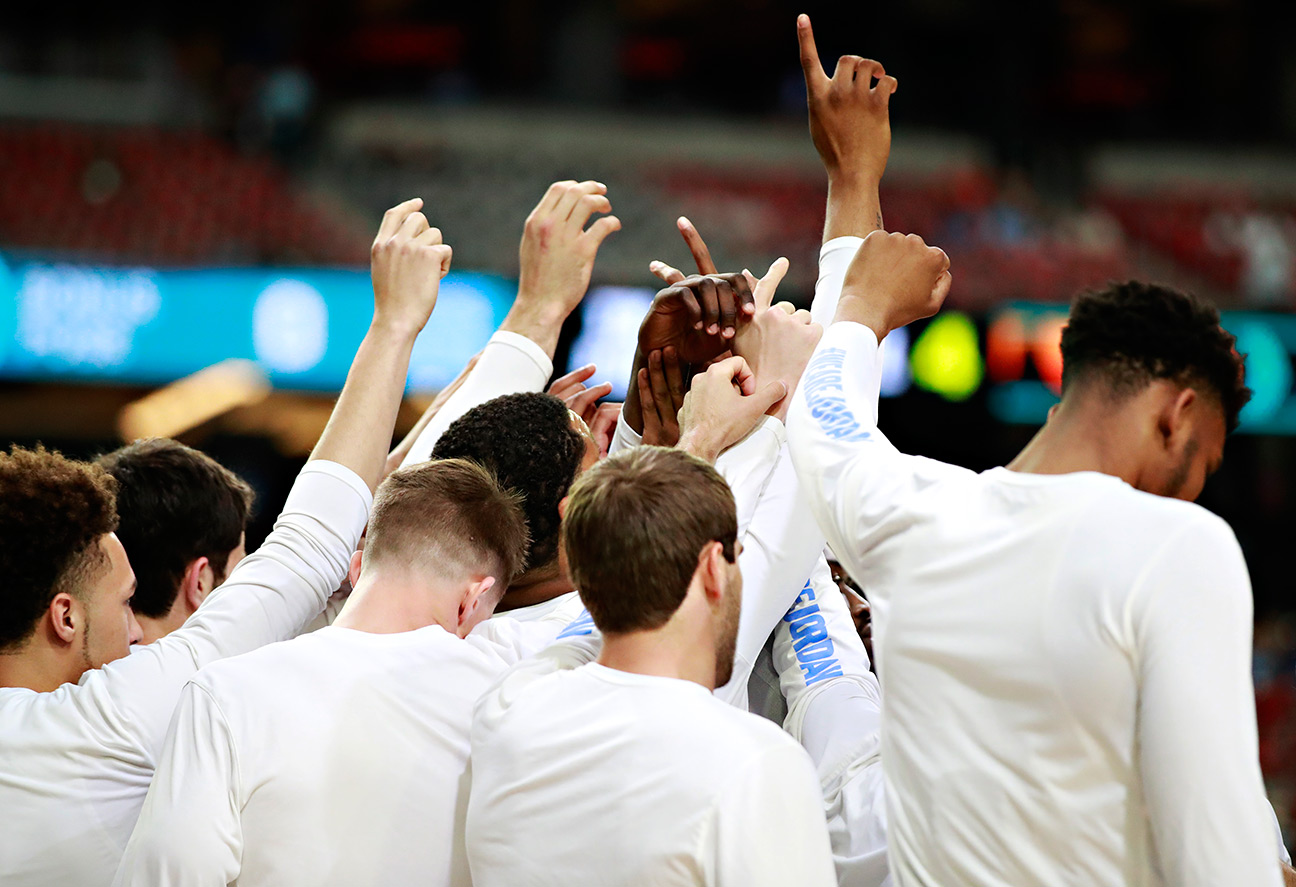 North Carolina players come together one last time before they meet Gonzaga in the championship final. 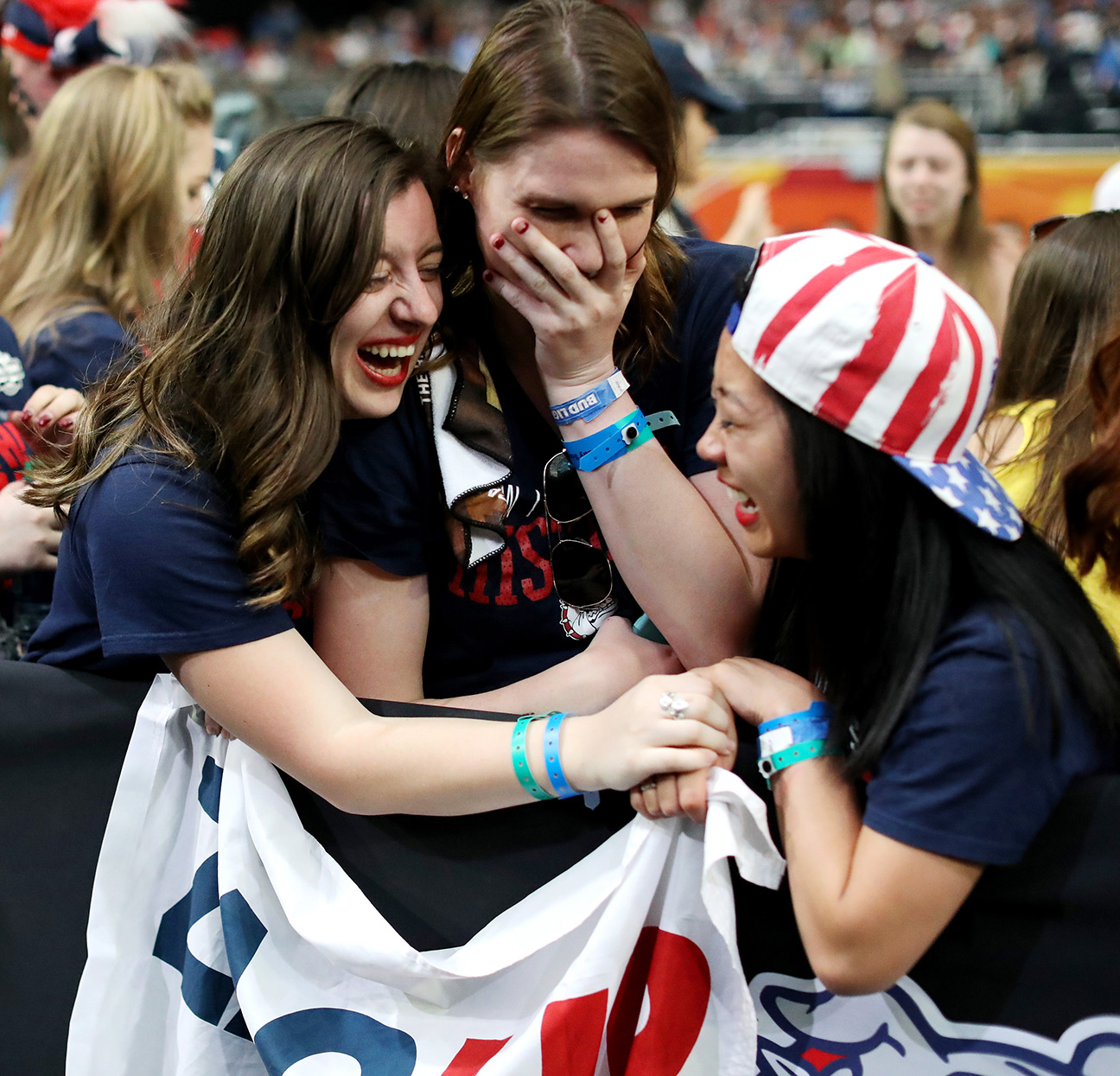 Ahead of the championship game, Amanda Hardt, Hannah Neely and Bridget Chau share emotions knowing that they're attending their last game together as students. The three have been friends since freshman year at Gonzaga. 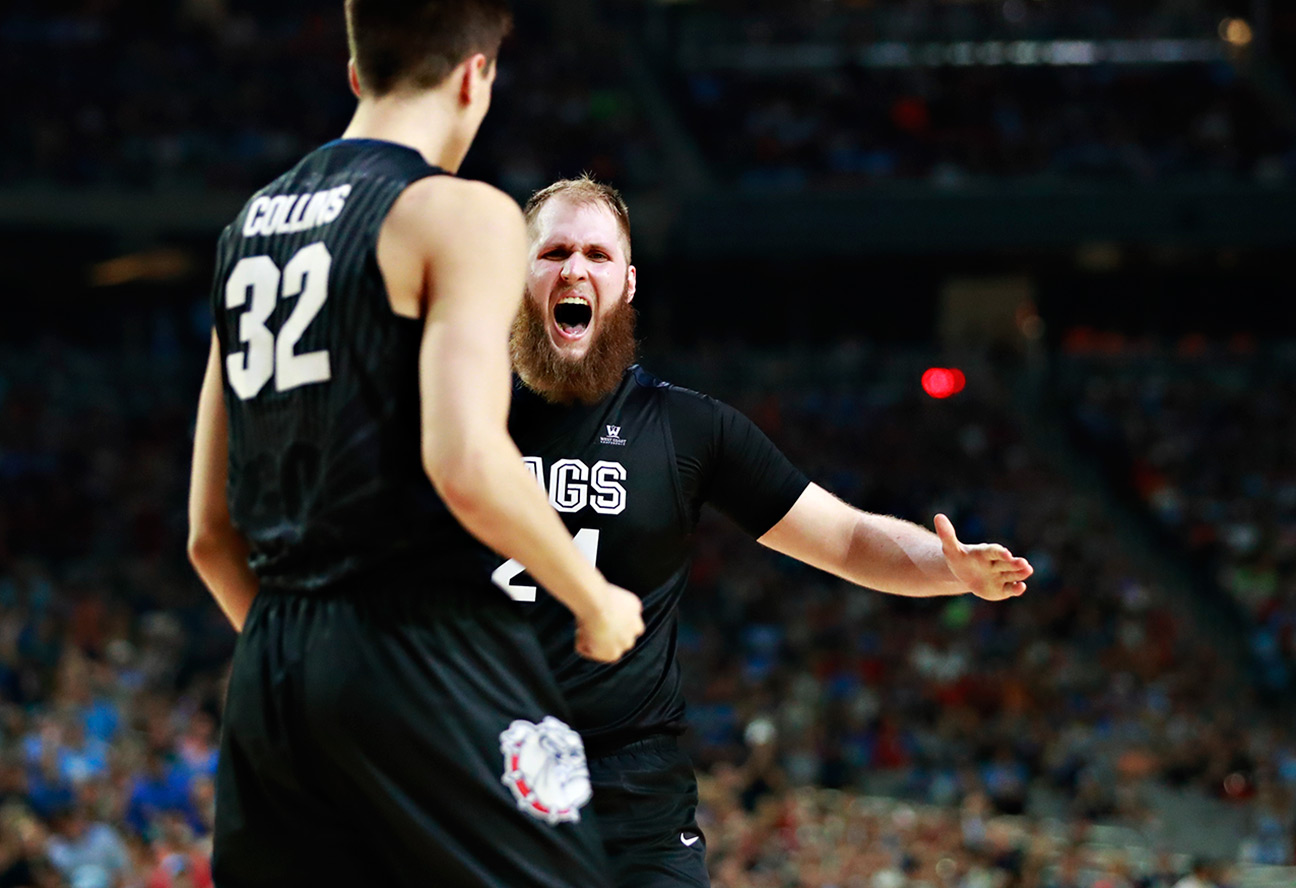 Gonzaga center Przemek Karnowski (24) and forward Zach Collins (32) cheer after making a basket and being fouled. 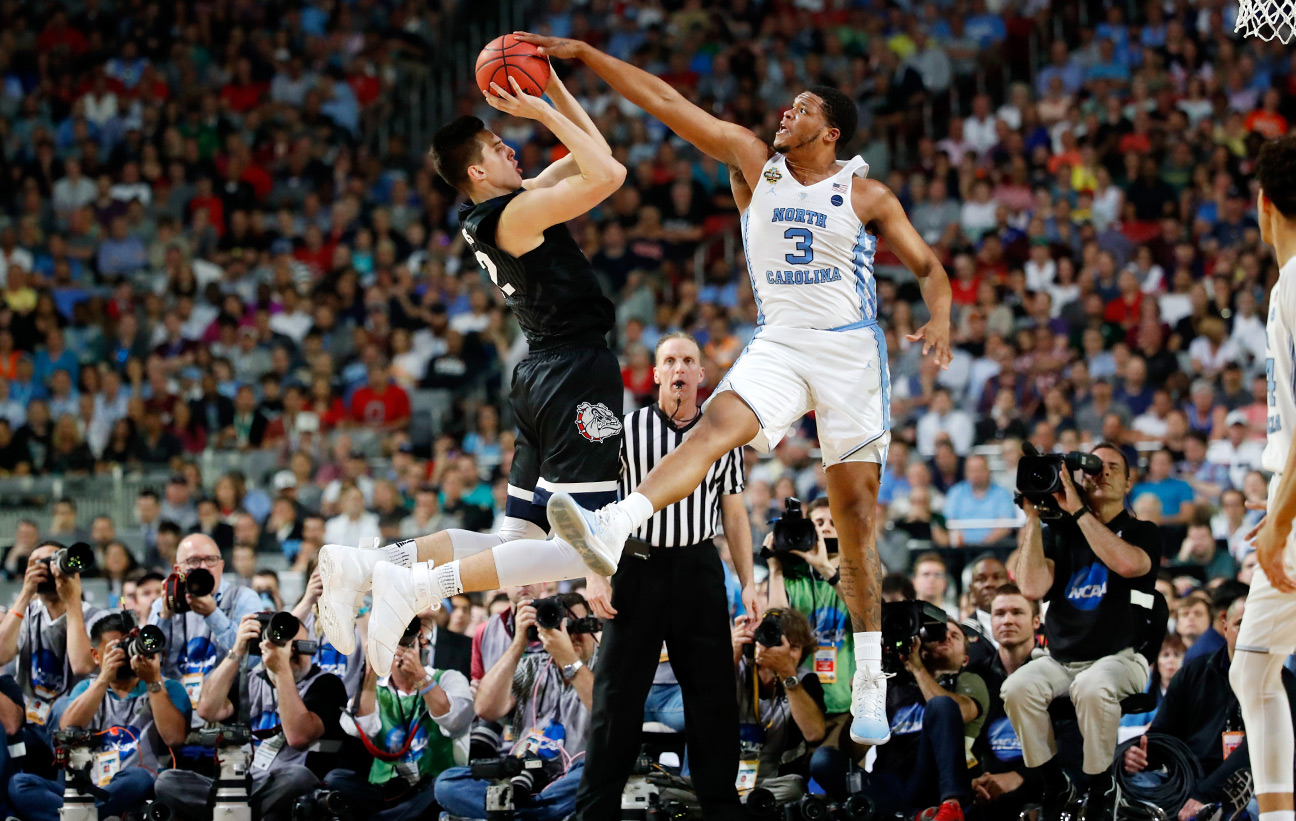 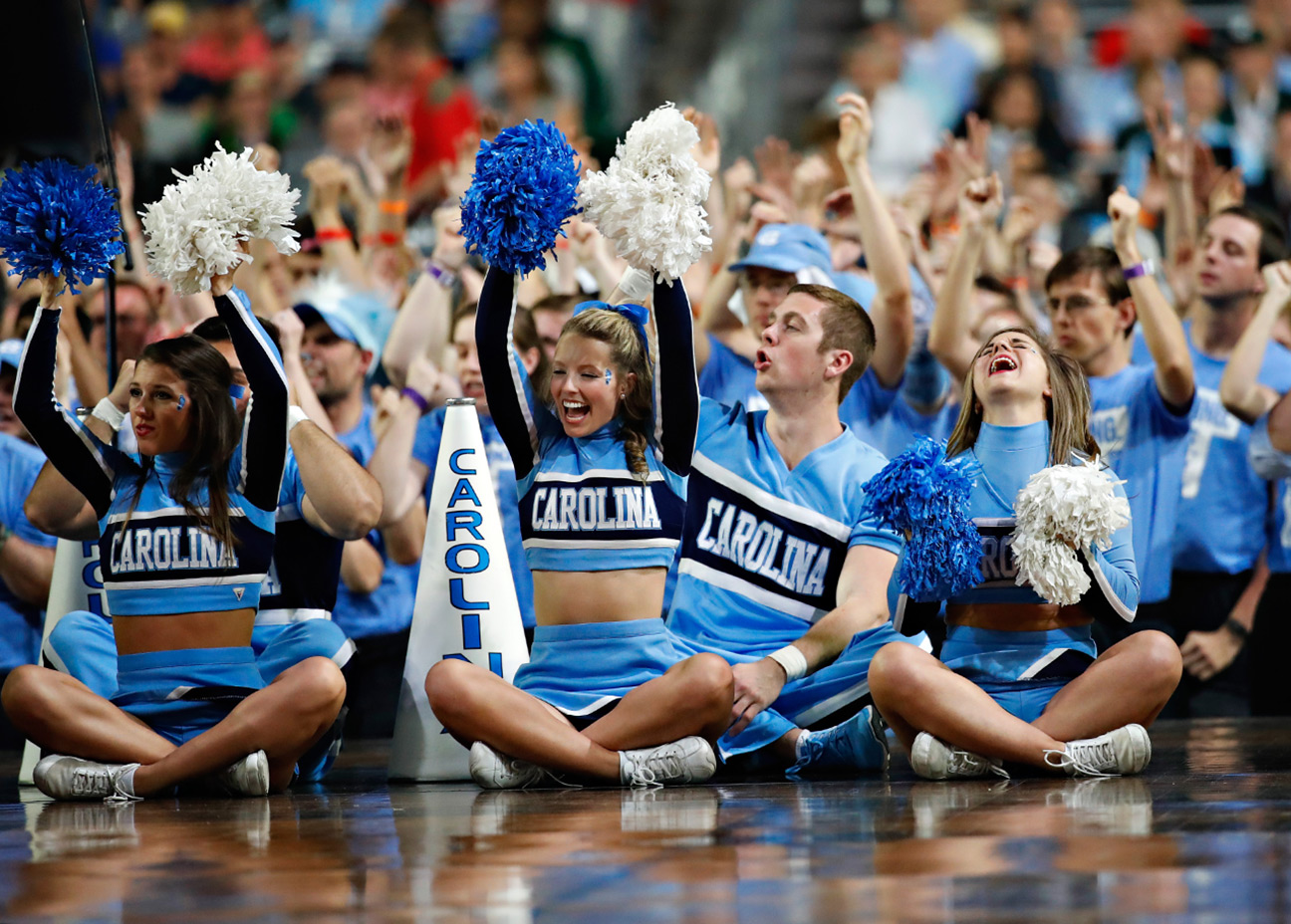 North Carolina cheerleaders get pumped up during the championship game. 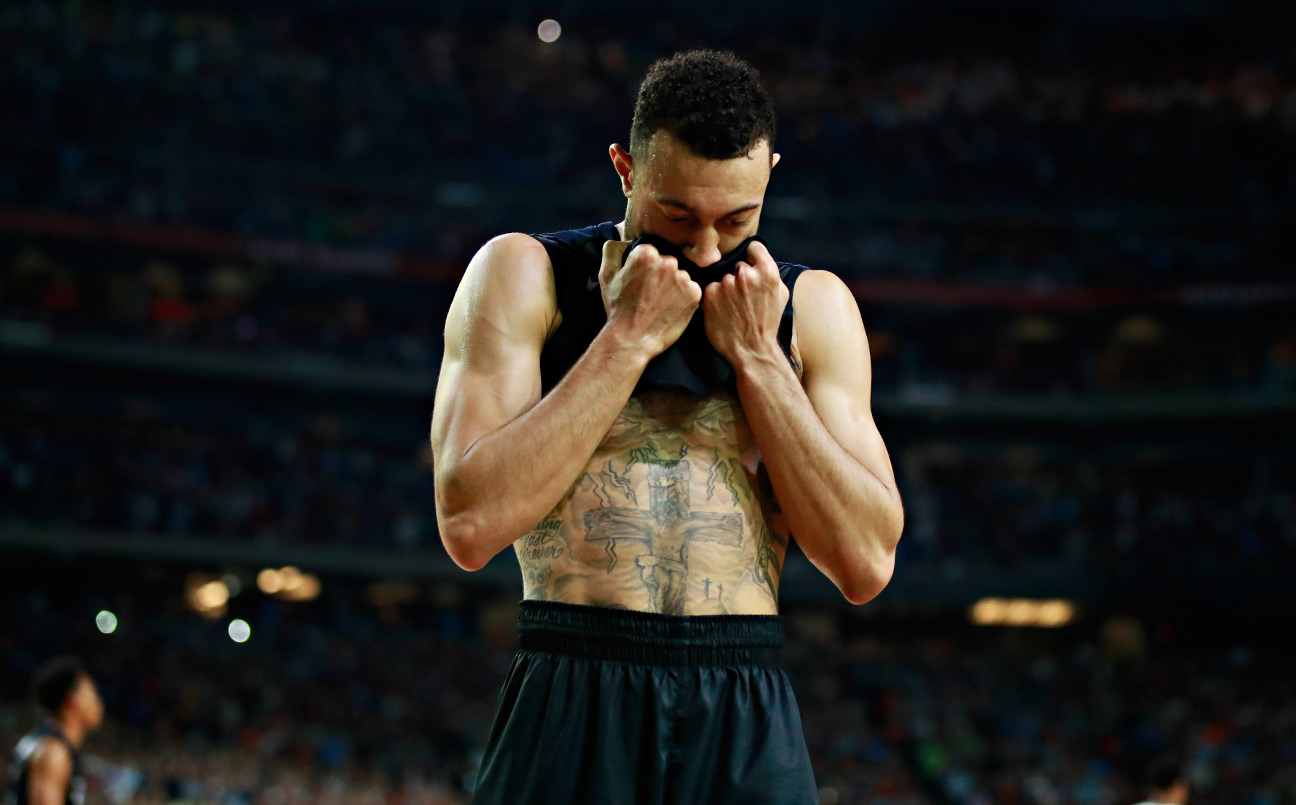 Realizing that time is slipping away for Gonzaga to mount a comeback, guard Nigel Williams-Goss hides his face after having his shot blocked with less than 20 seconds remaining. 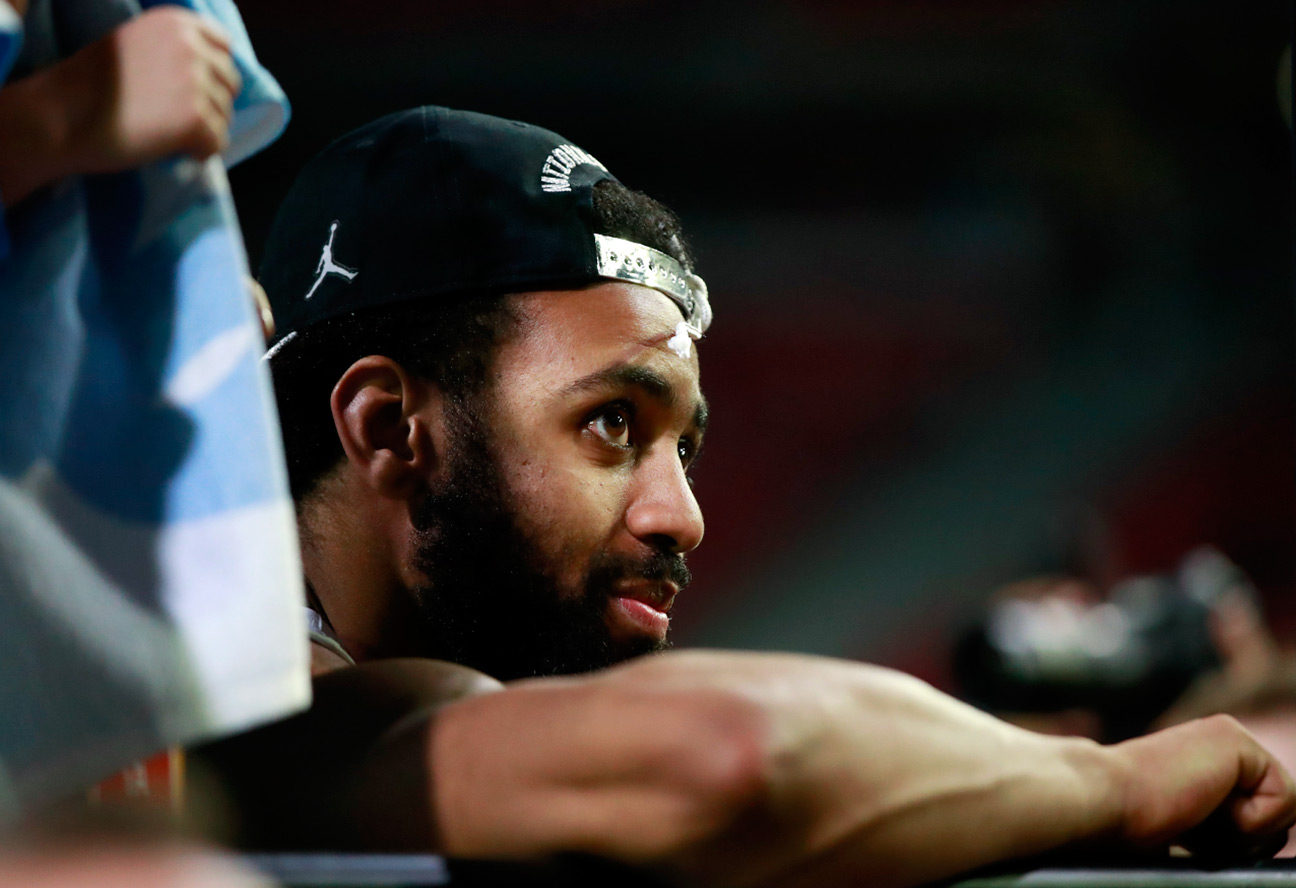 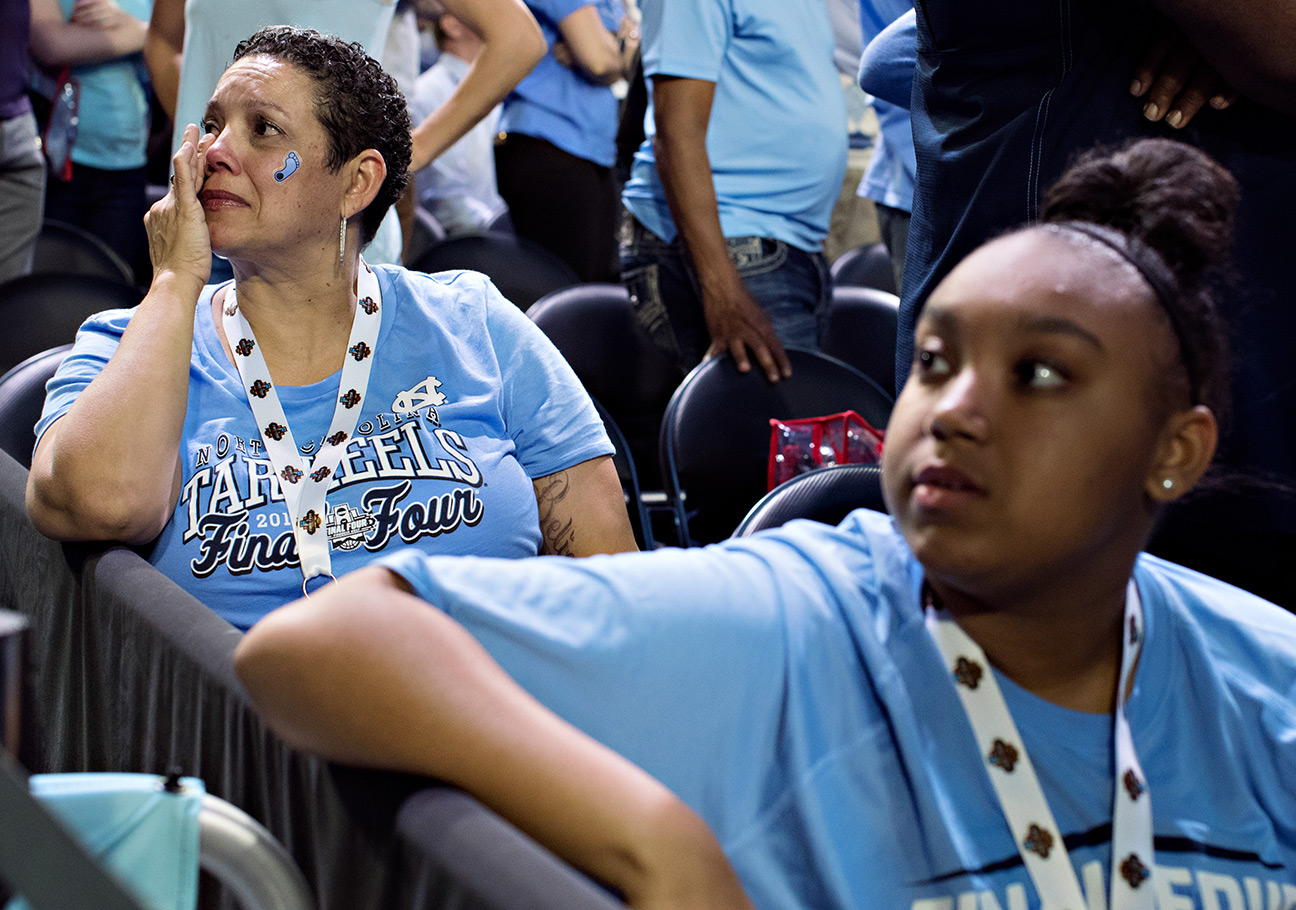 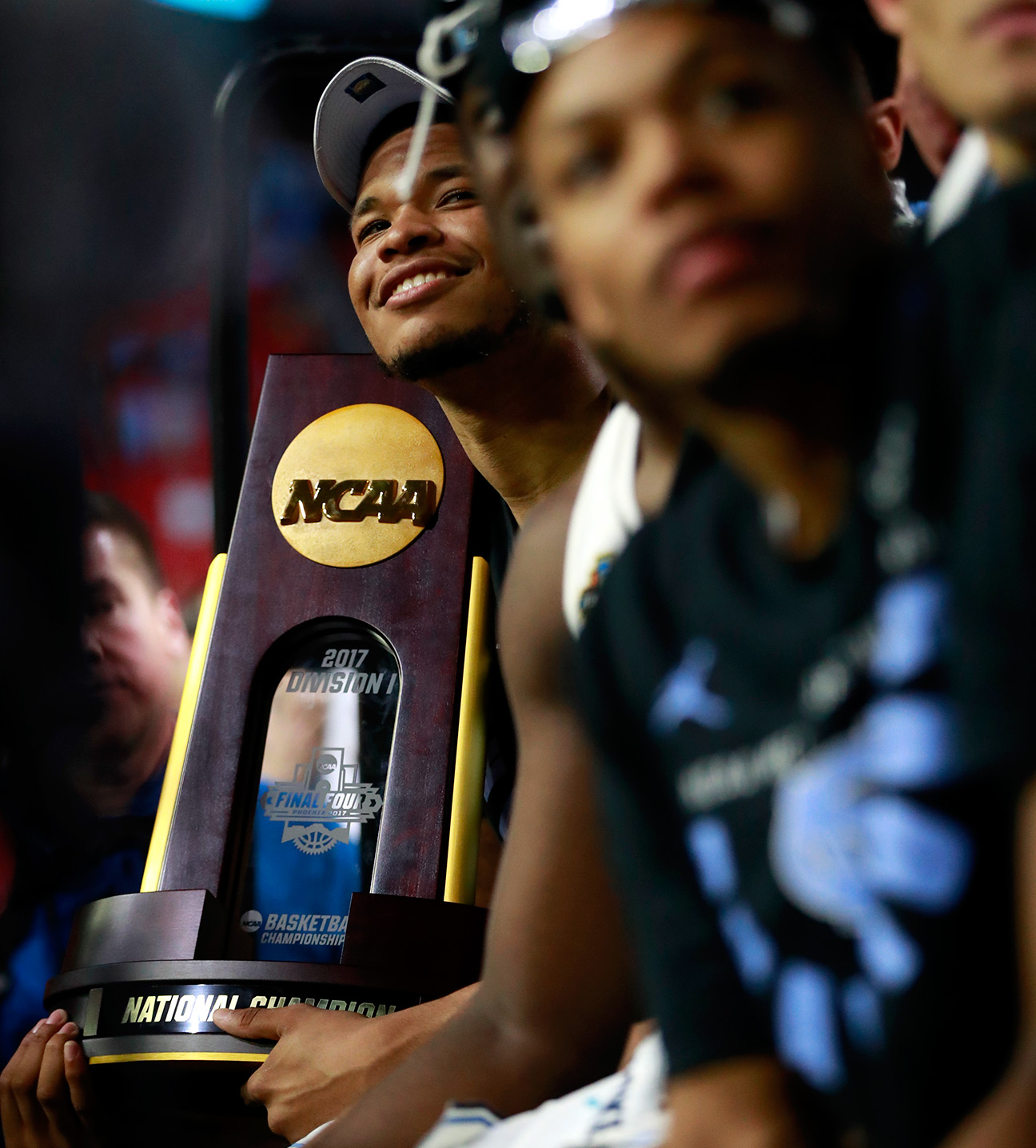