At its core, the changeover is supposed to give tennis players a "break" from play. But it has evolved into a glimpse of the players themselves. From superstitions to smashing rackets to yelling at chair umpires, a lot can happen in 90 seconds. 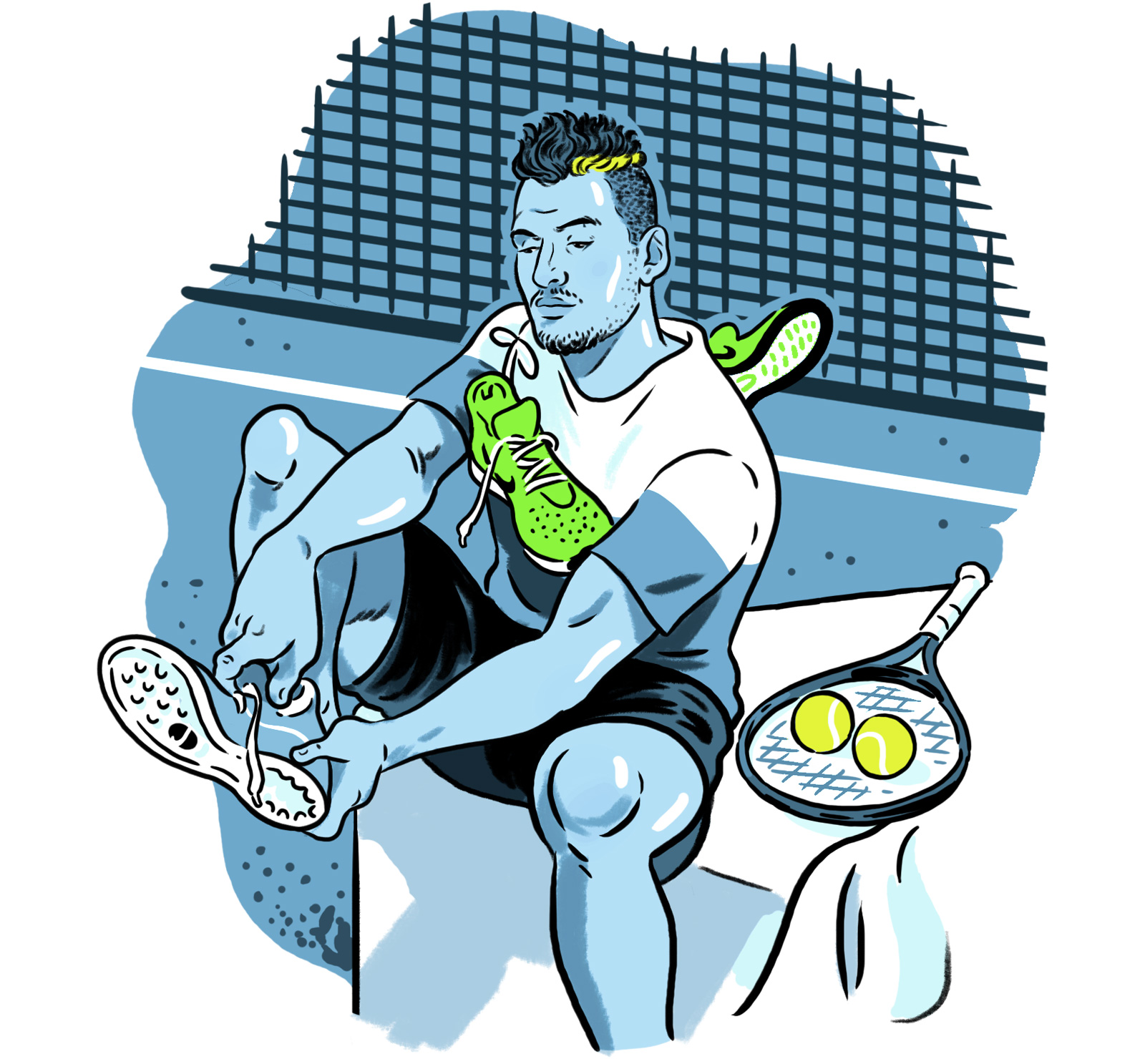 The Clothes Make The Player

Tennis is as much about the look as it is about talent, hard work and strategy. From apparel and equipment sponsors to matching tournament colors to personal fashion statements, attire matters. For Nick Kyrgios, it starts with his shoes. The Aussie refuses to wear his tennis sneakers onto the court -- opting to carry them instead before making the switch at the changeover chair. Other stars, like Roger Federer, will pull rackets out of a custom RF Collection bag from Nike. Some, like Svetlana Kuznetsova, have even given themselves a haircut during a break. 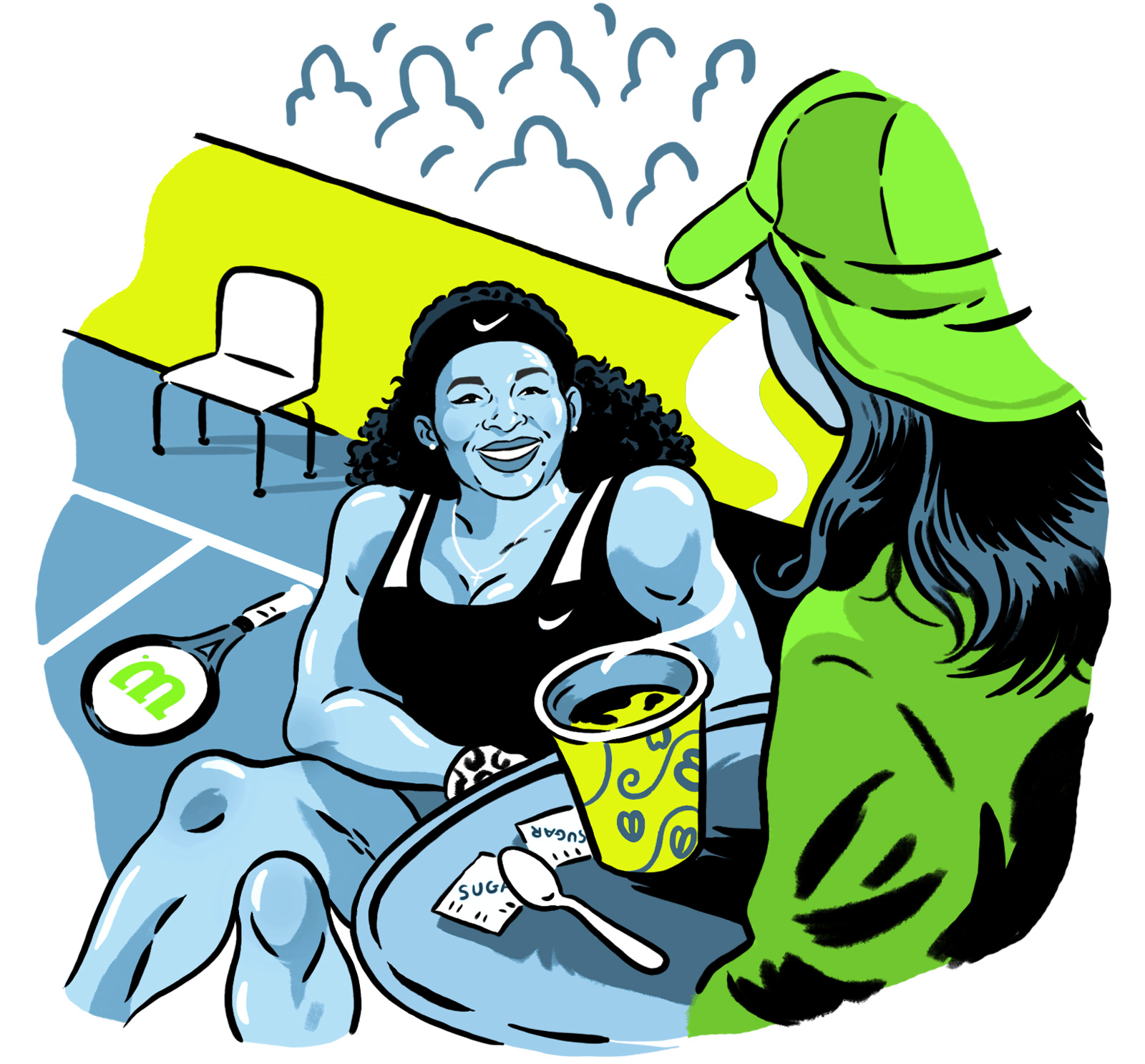 No matter how fit a tennis player is, no one is immune to travel fatigue. Just ask Serena Williams. After getting shut out 6-0 in her opening set at the 2015 Hopman Cup, the jet-lagged 23-time Grand Slam winner ordered an espresso in between frames to wake her up. Williams went on to beat Flavia Pennetta in three sets. "It's miracle coffee," Williams said to the media after the match. "I am a coffee drinker. I didn't have mine this morning and I was just feeling it, so I just had to get some coffee into me." Other unique drink choices during changeovers: Gael Monfils opting for a Coke during the 2013 Australian Open and Stan Wawrinka ordering an espresso during a Paris Masters match against Nadal in 2015. 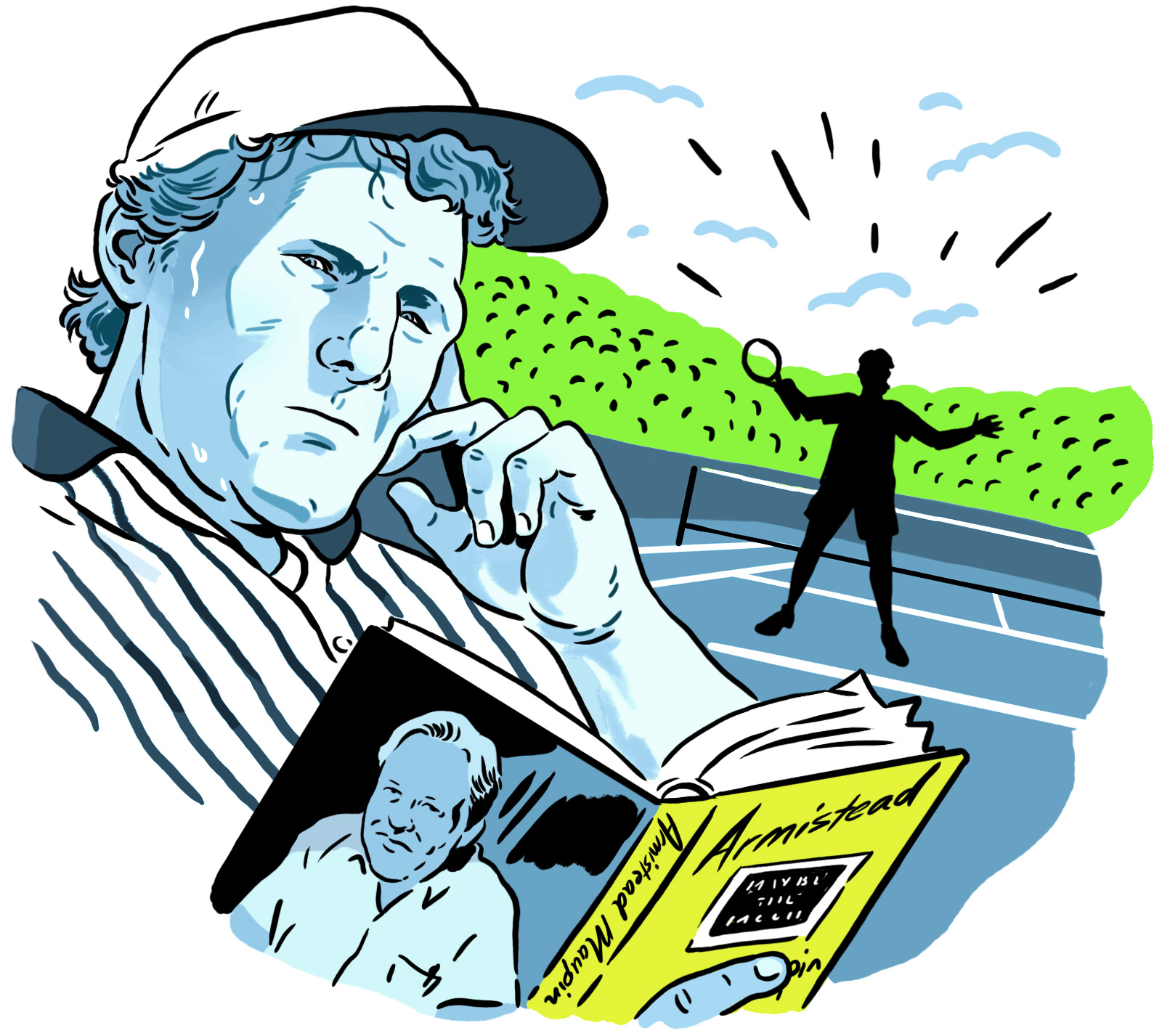 Mental toughness is paramount in tennis. For some players, the changeover provides time to regroup. Some of the things you'll see? A player closing their eyes or burying their head in a towel; taking long, cathartic breaths; looking up to their coaches' box, talking to them for encouragement. Or, even catching up on some reading. Jim Courier did just that at the 1993 ATP Championships. After losing the first set against Andrei Medvedev, Courier took in a chapter (literally) from his self-help stash of rituals and opened up "Maybe the Moon," a novel by Armistead Maupin. It was a decision Courier said he made out of "desperation" to clear his head. The tactic did not work however; Courier lost the match, squandering four match points in the process. 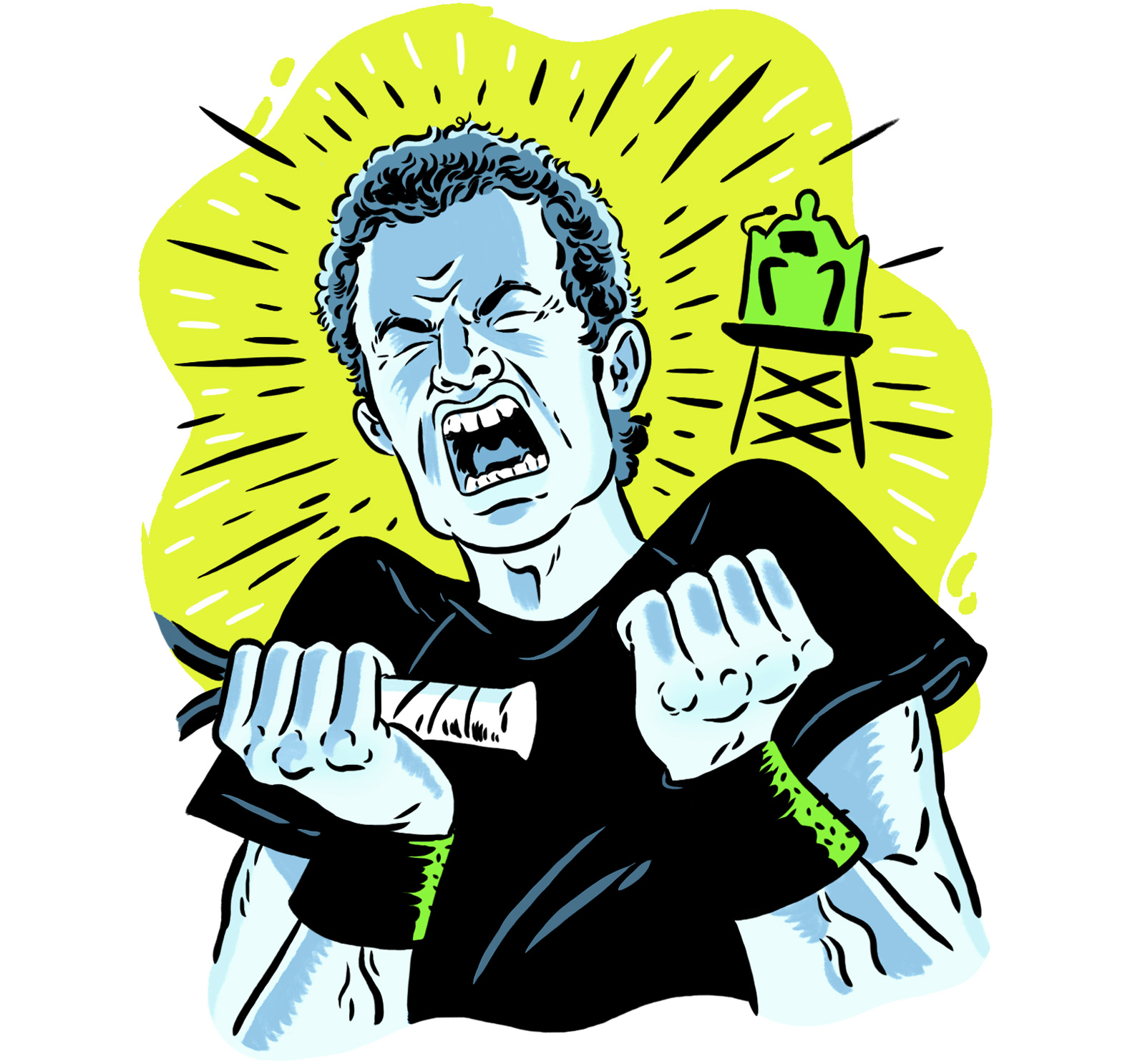 What's a tennis match without a player screaming at a chair umpire? Whether it's an apparent bad line call, the condition of the court or, of course, the annoying gong-like noise during a critical point in the home stretch of a Grand Slam match with everything on the line, players sometimes use their 90 seconds to, um, vent. Andy Roddick at the 2008 Australian Open: "Do you have ears?" Andy Murray, who became irate at the 2016 US Open when an ill-timed disruptive sound cost him a crucial point and, ultimately, the match against Kei Nishikori. Or Serena Williams, telling a chair umpire last year in Miami to not talk to her unless he was giving her a warning. 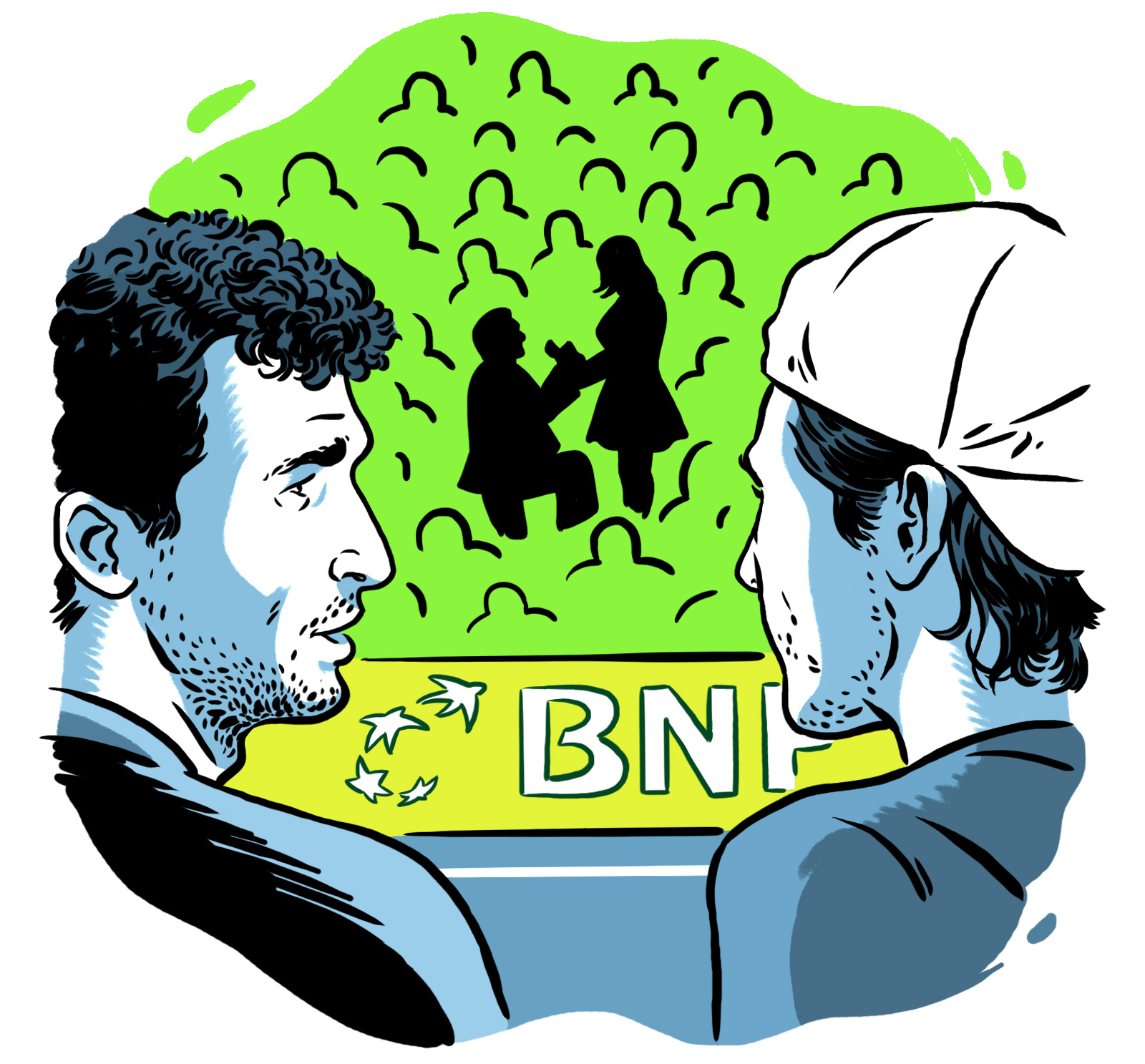 Love isn't just a tennis score, it's something that's often in the air during matches. And who can dispute that? All the beautiful cities and top-notch venues. But when you have Grigor Dimitrov and Tommy Haas on the court, love takes the leap to the next level. On two different occasions when they have played, a couple has gotten engaged during a changeover, the most recent coming in the 2013 event in Washington D.C. "I hope it's me [that inspires these proposals]," Dimitrov joked afterward. 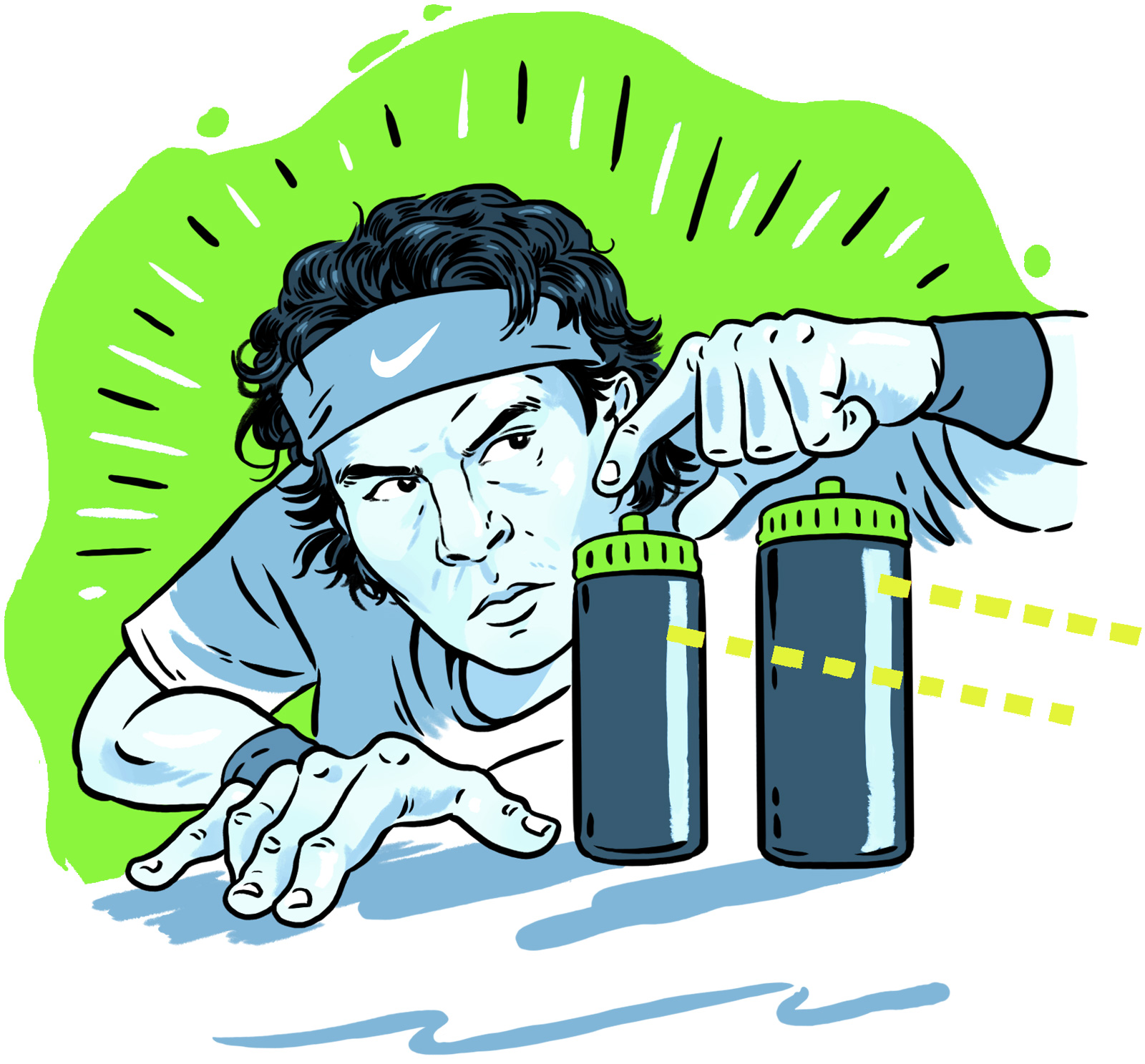 NHL players growing beards during the playoffs. Rally caps. Pre-play signals. Superstitions are a part of sports, and tennis is no different. Rafael Nadal is one of the sport's legends in this department. Describing his rituals in an article he wrote for the Telegraph in 2011: "Once on court, I sat down, took off my white tracksuit top, and took a sip from a bottle of water. Then from a second bottle. I repeat the sequence, every time, before a match begins, and at every break between games, until a match is over. A sip from one bottle, and then from another. And then I put the two bottles down at my feet, in front of my chair to my left, one neatly behind the other, diagonally aimed at the court." 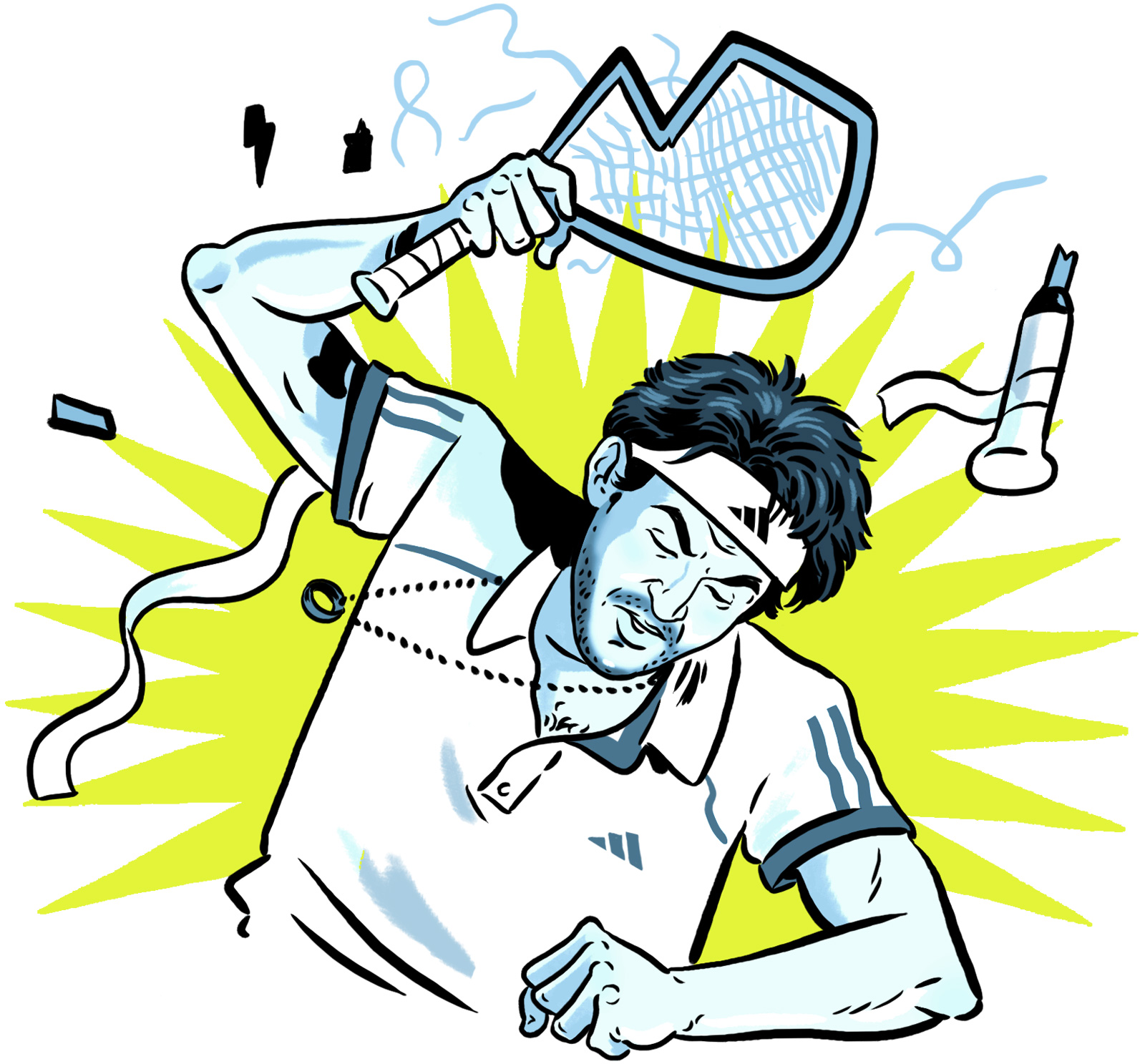 Everyone gets frustrated in tennis -- it's a game of constant ups and downs and changes in momentum. And if a player isn't going to take out their frustration at the chair umpire or coaches' box, they take it out on their equipment. Goran Ivanisevic destroyed so many rackets once, he had to withdraw from his match because he ran out of replacements. Coco Vandeweghe tried to rally the US Open crowd after smashing her frame in 2015. Novak Djokovic has had numerous smashing fits -- perhaps the result of having to face Federer, Nadal and Murray all the time? But one of the more notorious incidents was from Marcos Baghdatis in a 2012 Australian Open match against Stan Wawrinka. Baghdatis dismantled, not one, not two, but four frames -- two of them brand new -- after dropping the second set.