Bellator MMA is offering just its second pay-per-view event in history on Saturday -- and it all starts with the professional debut of a highly touted prospect named Aaron Pico.

Pico is a wrestling phenom out of Los Angeles who narrowly missed making the 2016 U.S. Olympic wrestling team at age 20. He's been signed to Bellator since November 2014, under a special developmental contract.

There are many pitfalls in the sport of mixed martial arts, and no prospect is ever a guarantee -- but it's safe to say that keen observers will be watching Pico very closely when he takes on lightweight Zach Freeman this weekend at Madison Square Garden.

"This is the No. 1 prospect in the history of MMA," said Chael Sonnen, who will headline Bellator: NYC opposite Wanderlei Silva. "I have never seen a guy come in more coveted, more praise around him, more pressure put on him and more anticipation than Aaron Pico. I truly believe not only will he take over the division, he will become the face of the company and the face of the industry."

Pico has basically been training his entire life for this moment, but fight preparations have significantly ratcheted up since the 2016 Olympic wrestling trials and after recovering from a knee injury suffered last year.

Is this truly the greatest prospect in the history of the sport? Pico is certainly training like it. Now, will he perform like it? 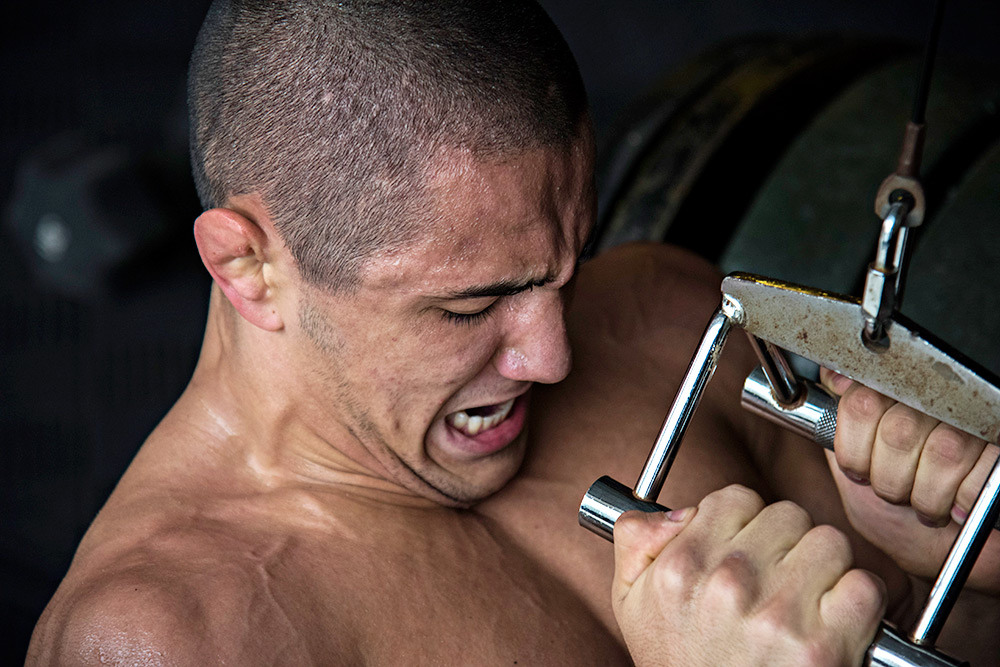 Pico does a close-grip lat pull while circuit training during an intense morning workout with his strength and conditioning coach. 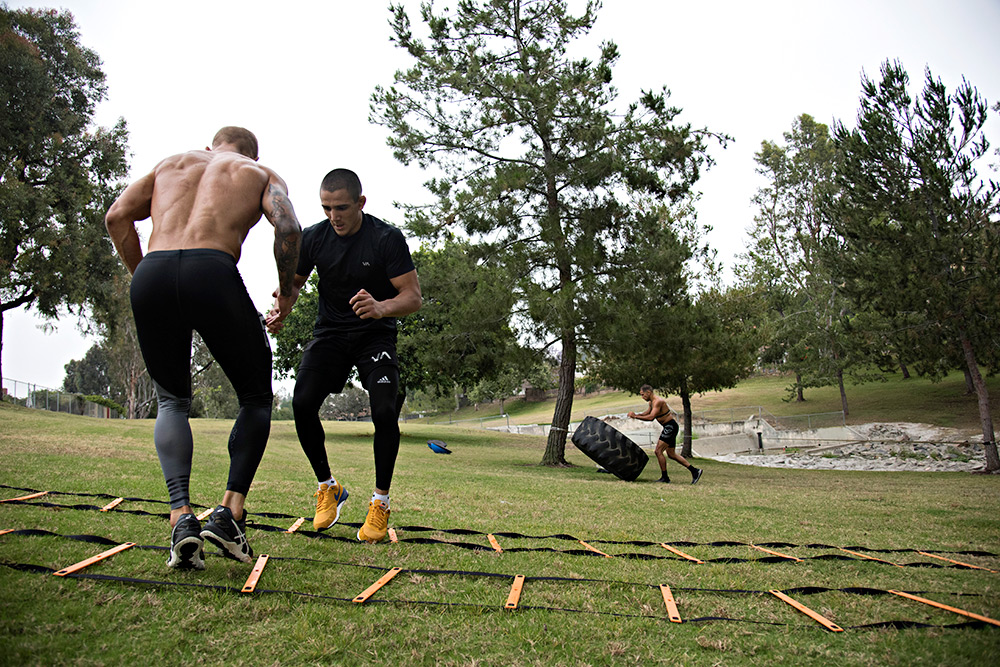 During a workout in which one participant has to mirror the other, high-stepping their way through an agility ladder, Pico, right, matches fellow fighter TJ Dillashaw step for step. 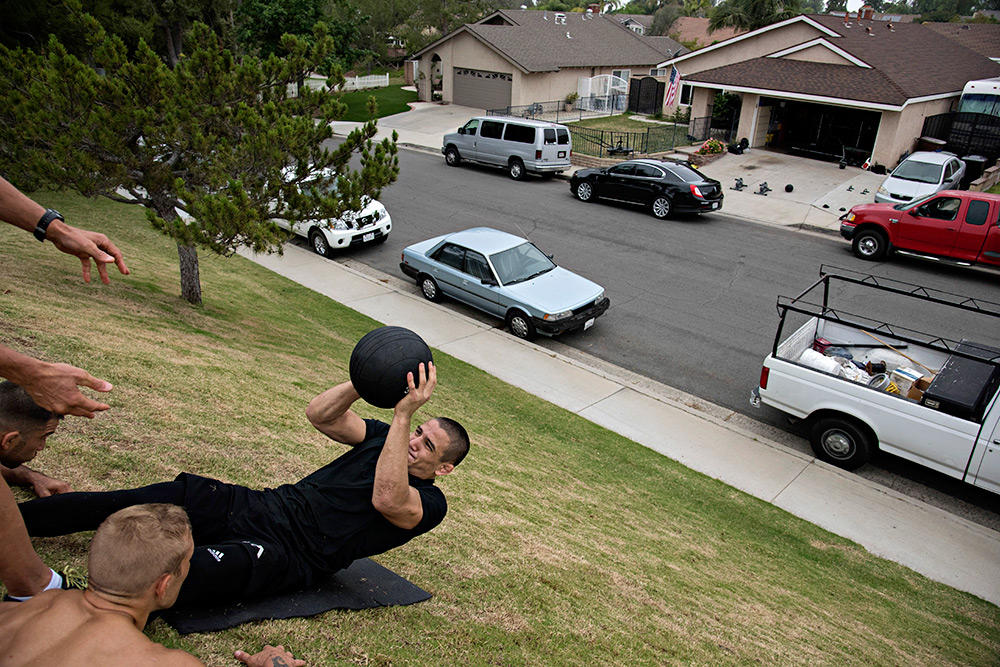 Pico uses a hill for inverted situps with a medicine ball during the last station of an intense morning workout. 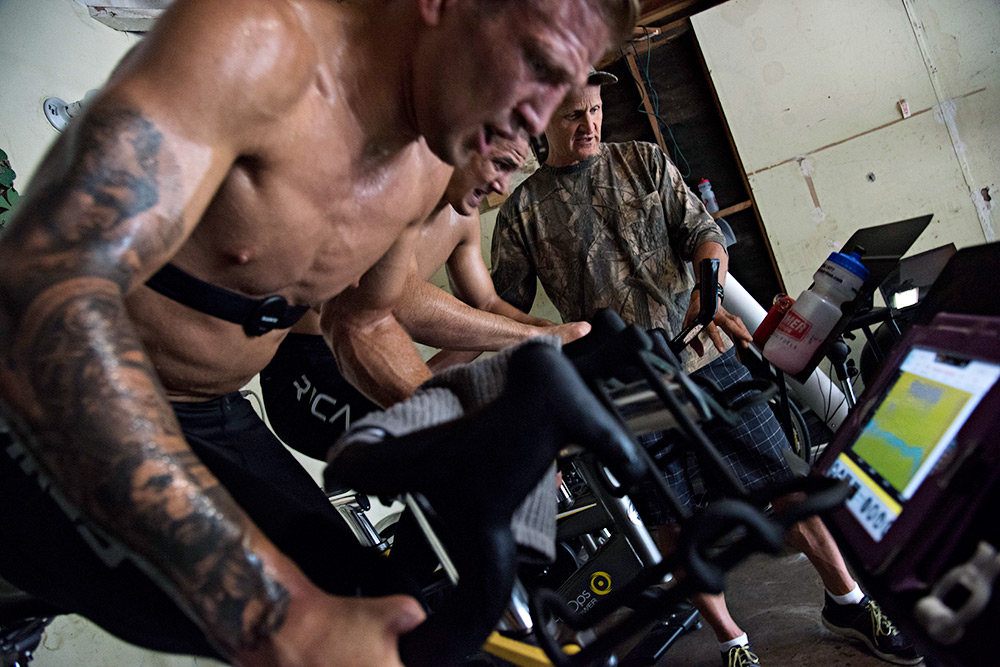 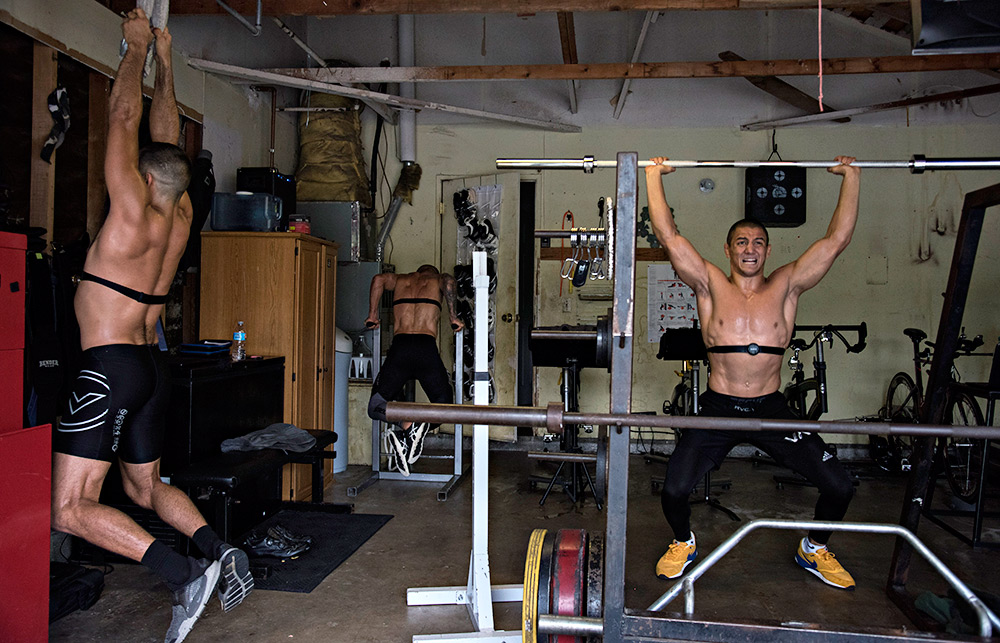 Pico does squats before rotating to the hang and dip stations, which the other fighters are on, in his strength and conditioning coach's home gym. 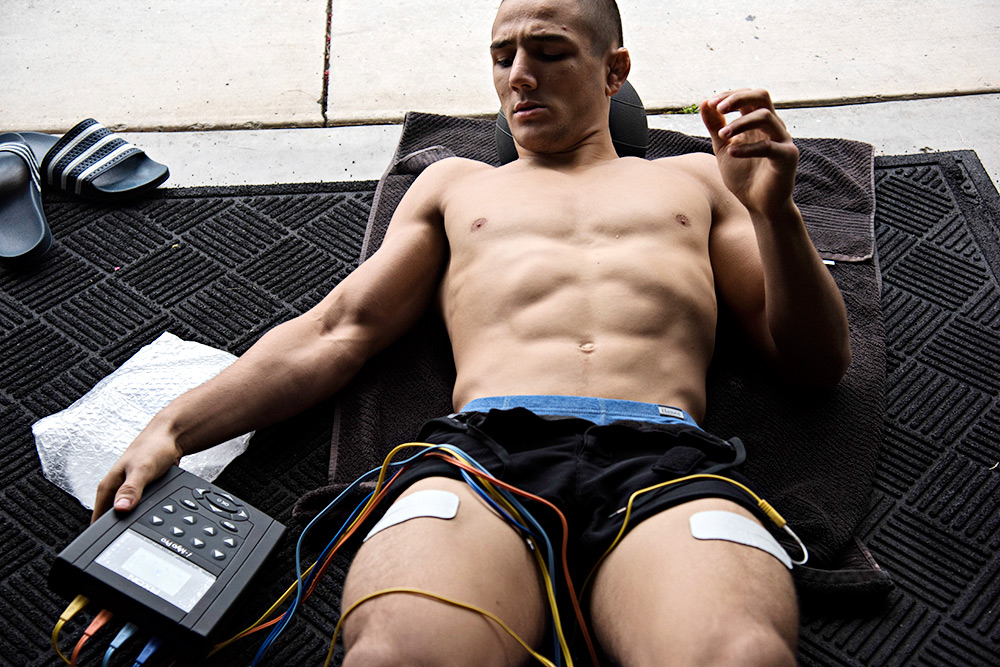 After his workout, Pico spends 20-30 minutes with pads taped to him, stimulating his muscles to aid in blood flow and thus recovery time. 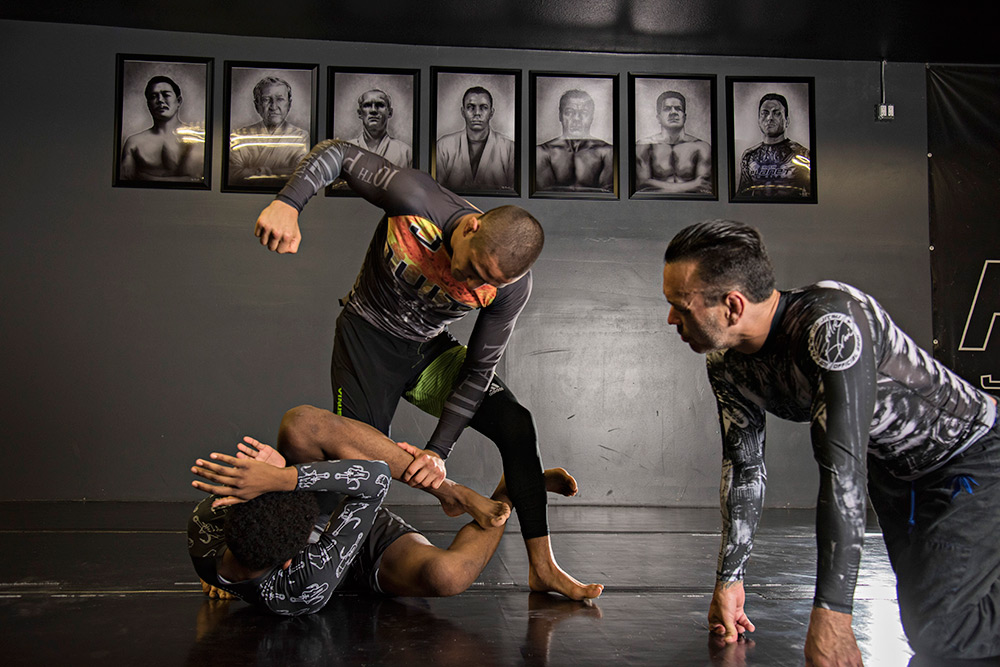 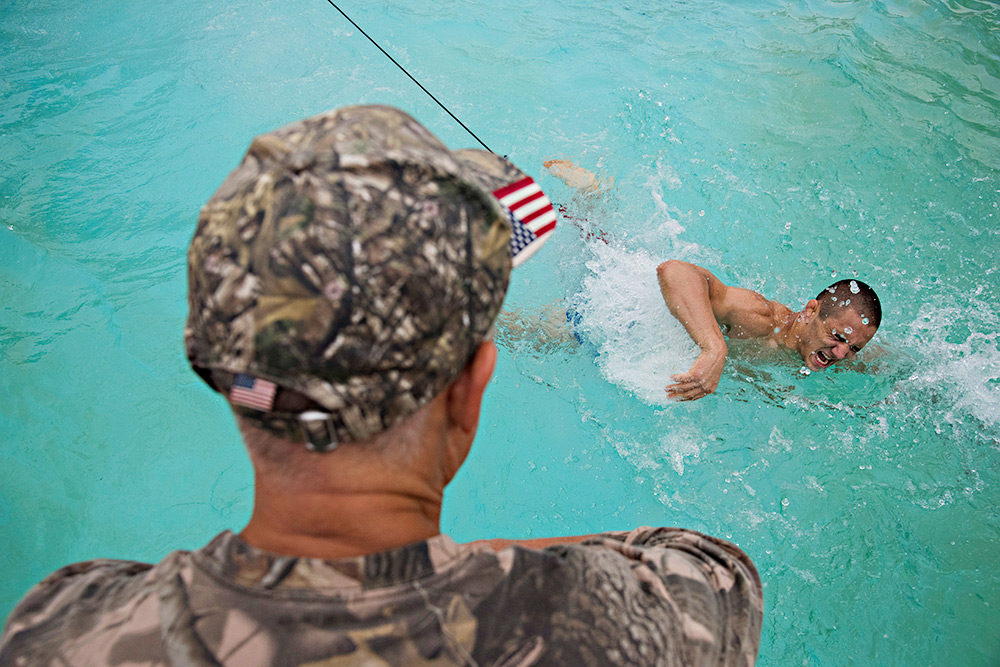 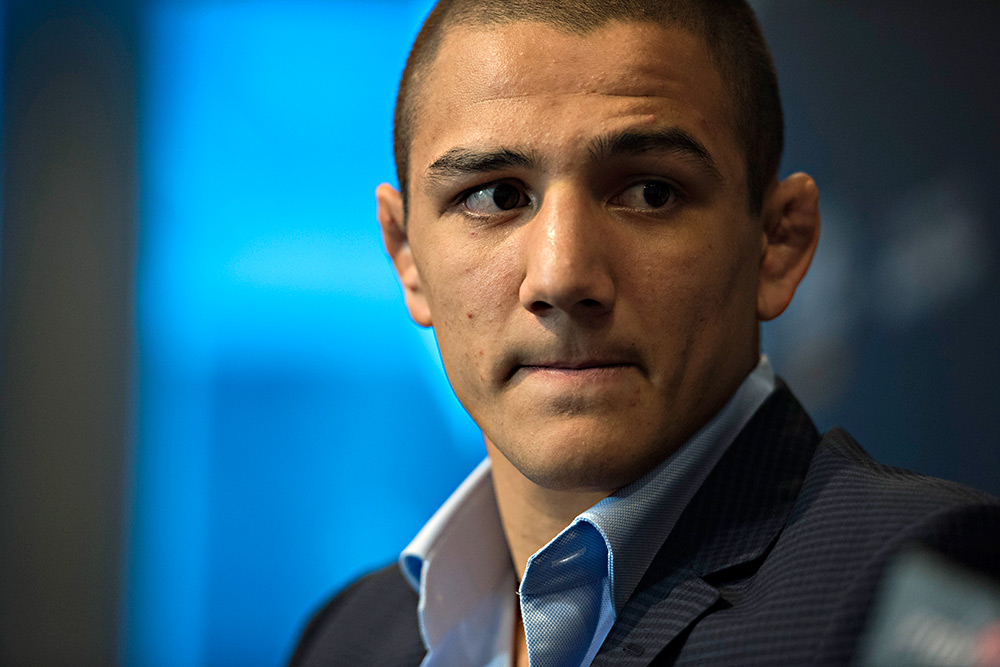 Pico awaits the onslaught of questions during media availability. 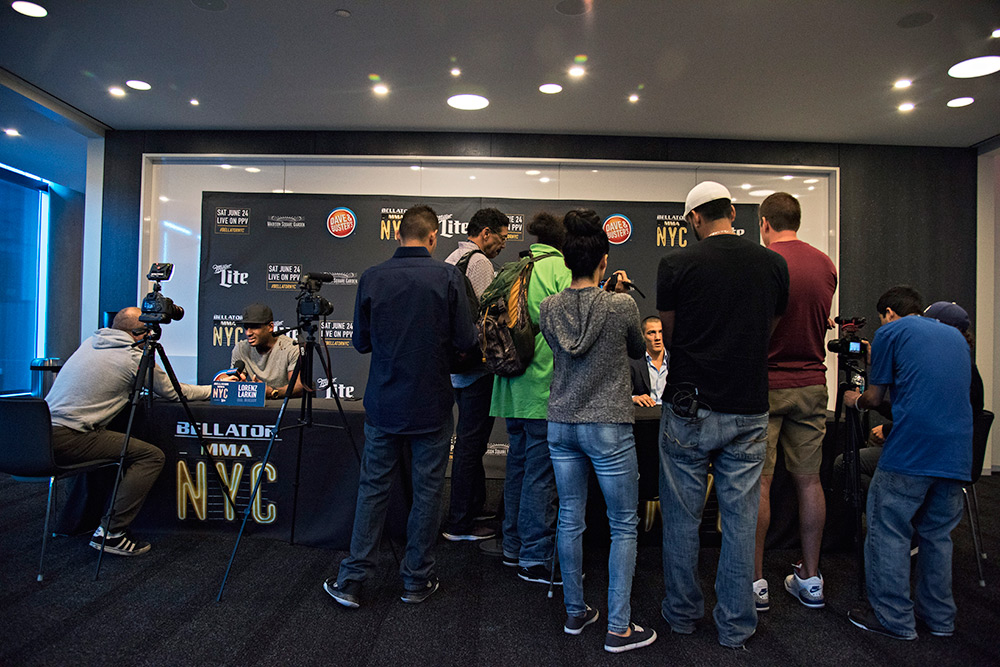 Reporters swarm Pico's table with questions as Bellator hypes his upcoming MMA debut at the Viacom Headquarters in Hollywood on June 8. 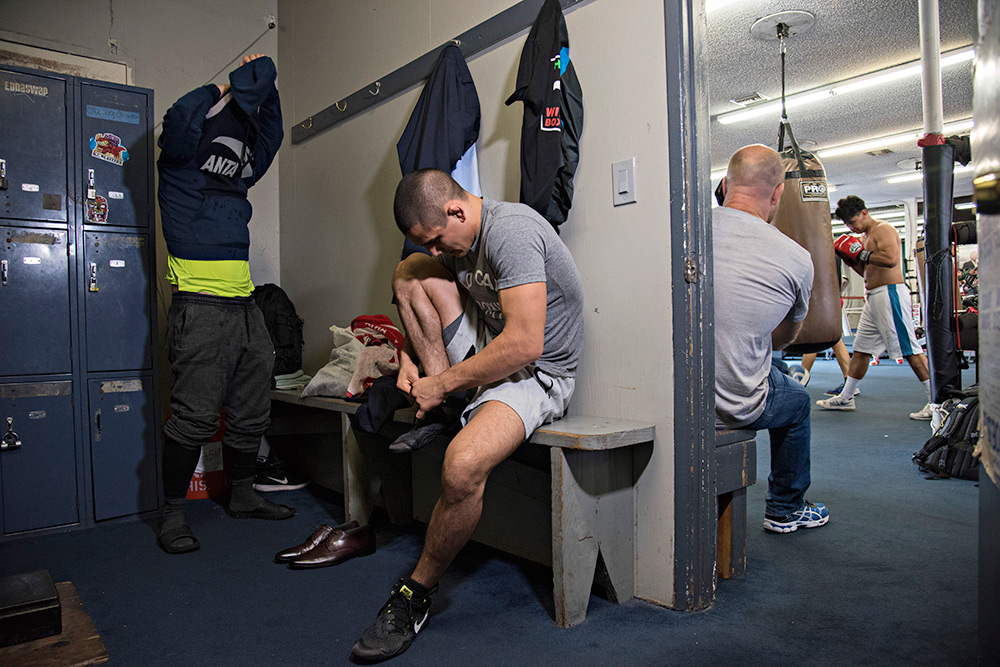 Coming straight from his media event at the Viacom Headquarters, Pico spends a few quiet moments changing out of his suit and into his gym clothes in the locker room at Wild Card Boxing Club. 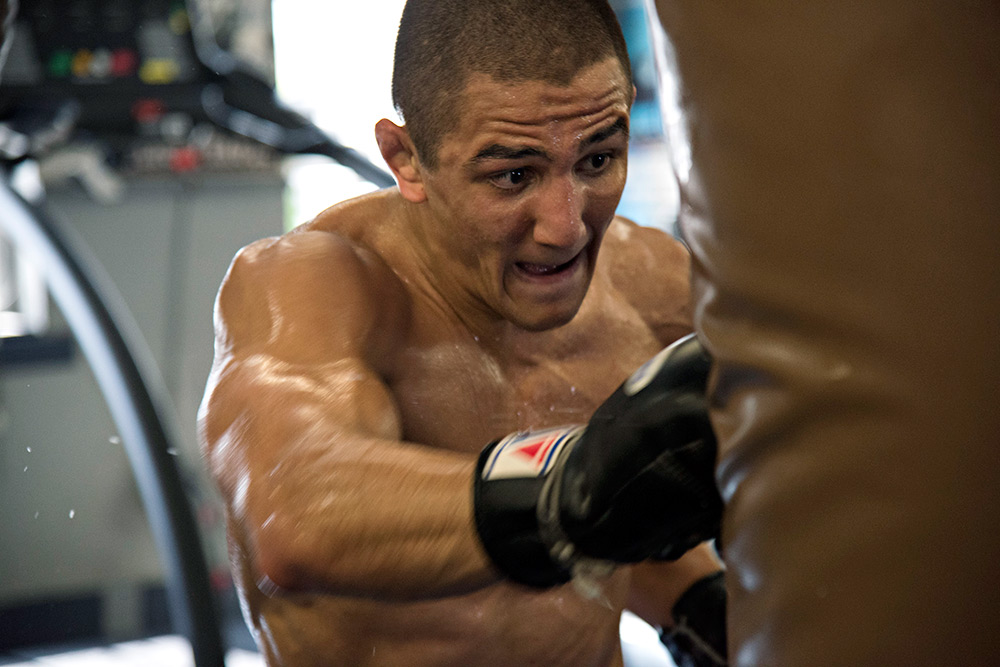 Pico does some work on the heavy bag, where the sweat begins to fly. 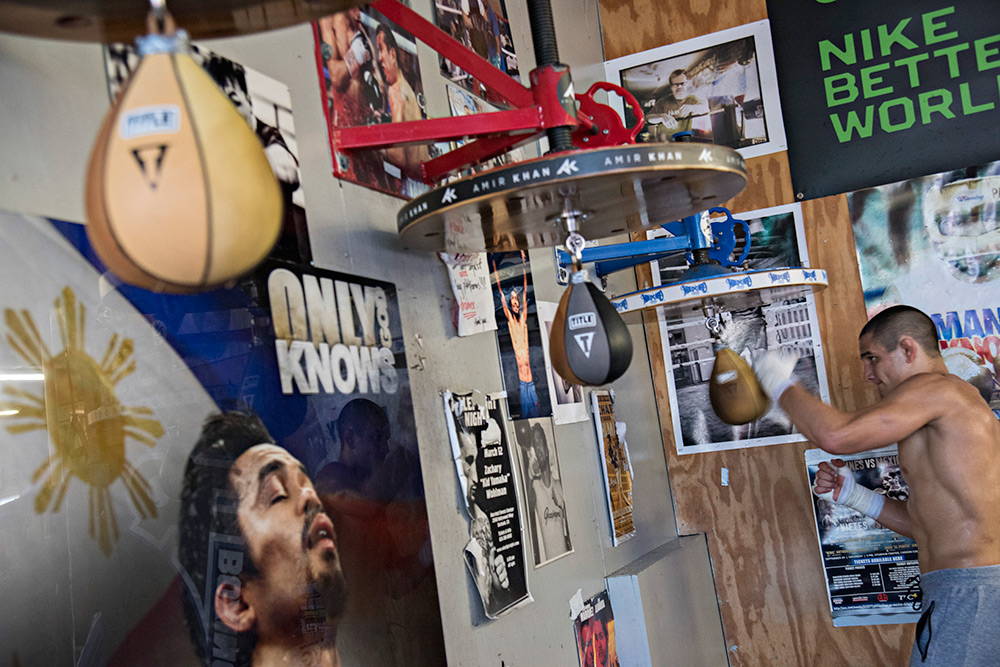 The speed bag takes a pounding while Pico trains at the legendary Wild Card Boxing Club in Hollywood. 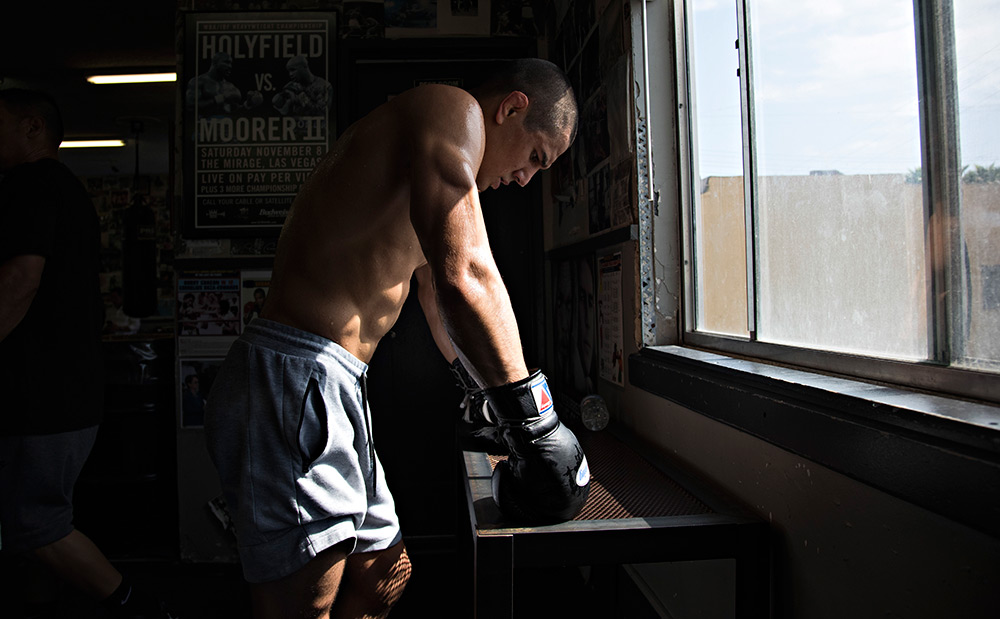 Pico takes a 30-second breather during one of his many hard training sessions.