After struggling for years just to line up opponents, Cristine "Cyborg" Justino has finally arrived on the big stage. She'll compete for her first Ultimate Fighting Championship belt on Saturday in Anaheim, California. Here is a behind-the-scenes look at her training. 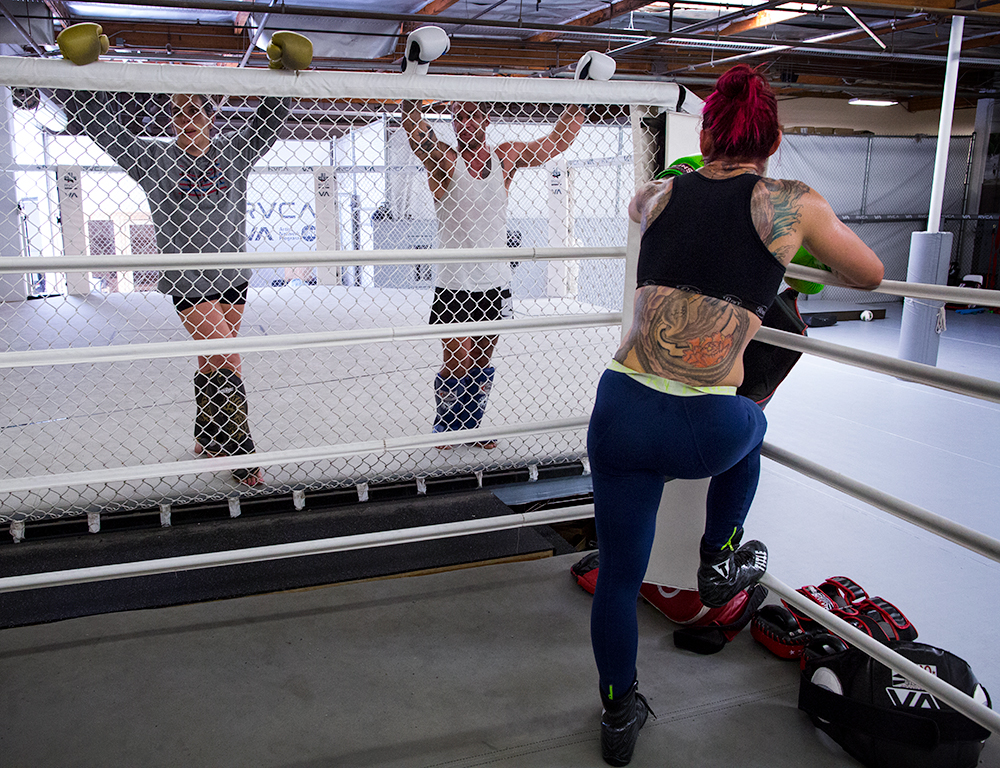 A little over a month before her fight against Tonya Evinger, Justino prepares at RVCA, a private gym in Costa Mesa, California. 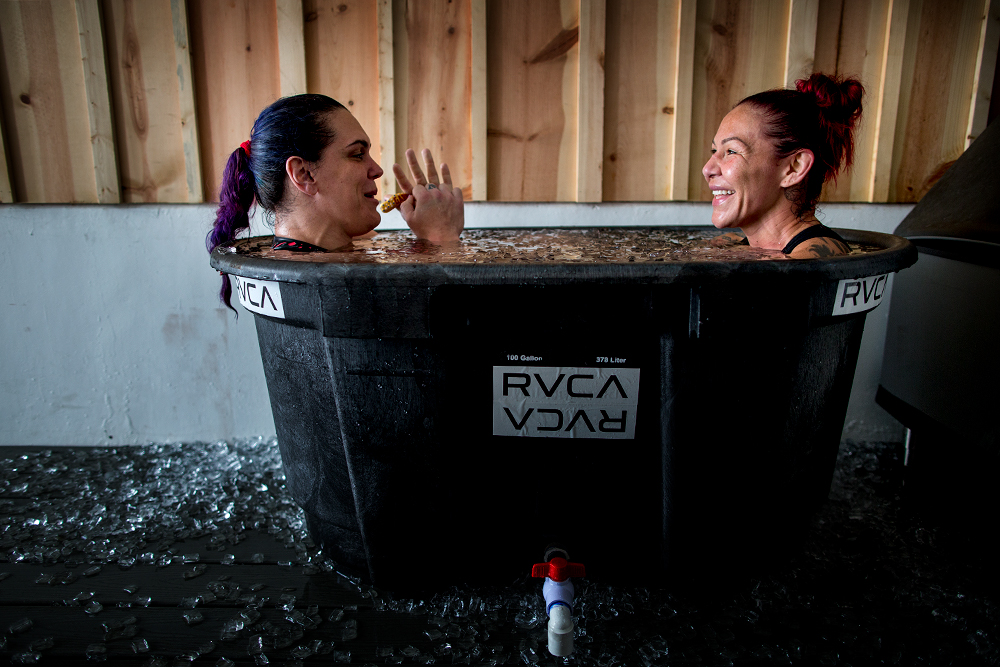 Gabrielle "Gabi" Garcia, a Brazilian jiu-jitsu practitioner and member of the IBJJF Hall of Fame, shares an ice bath with her friend Justino following their training. 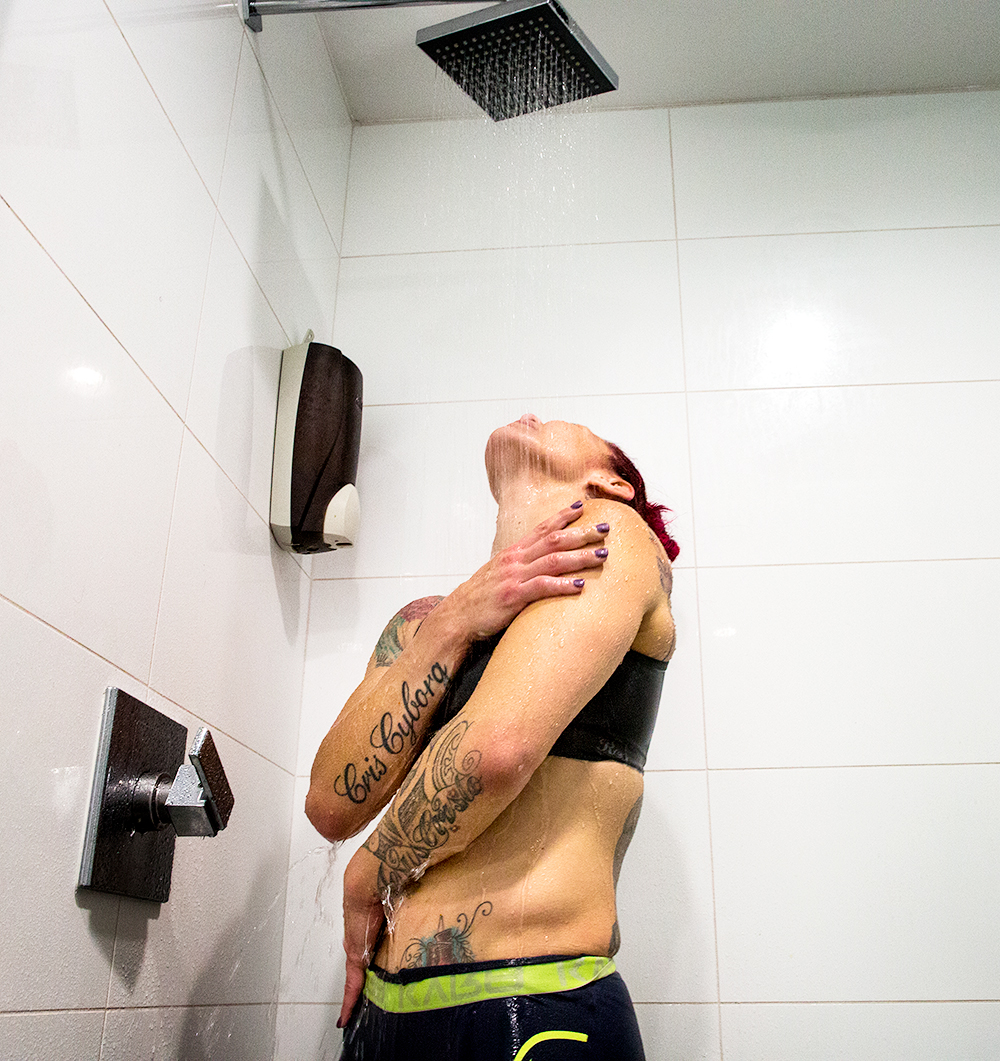 Justino follows her ice bath recovery with a hot shower. 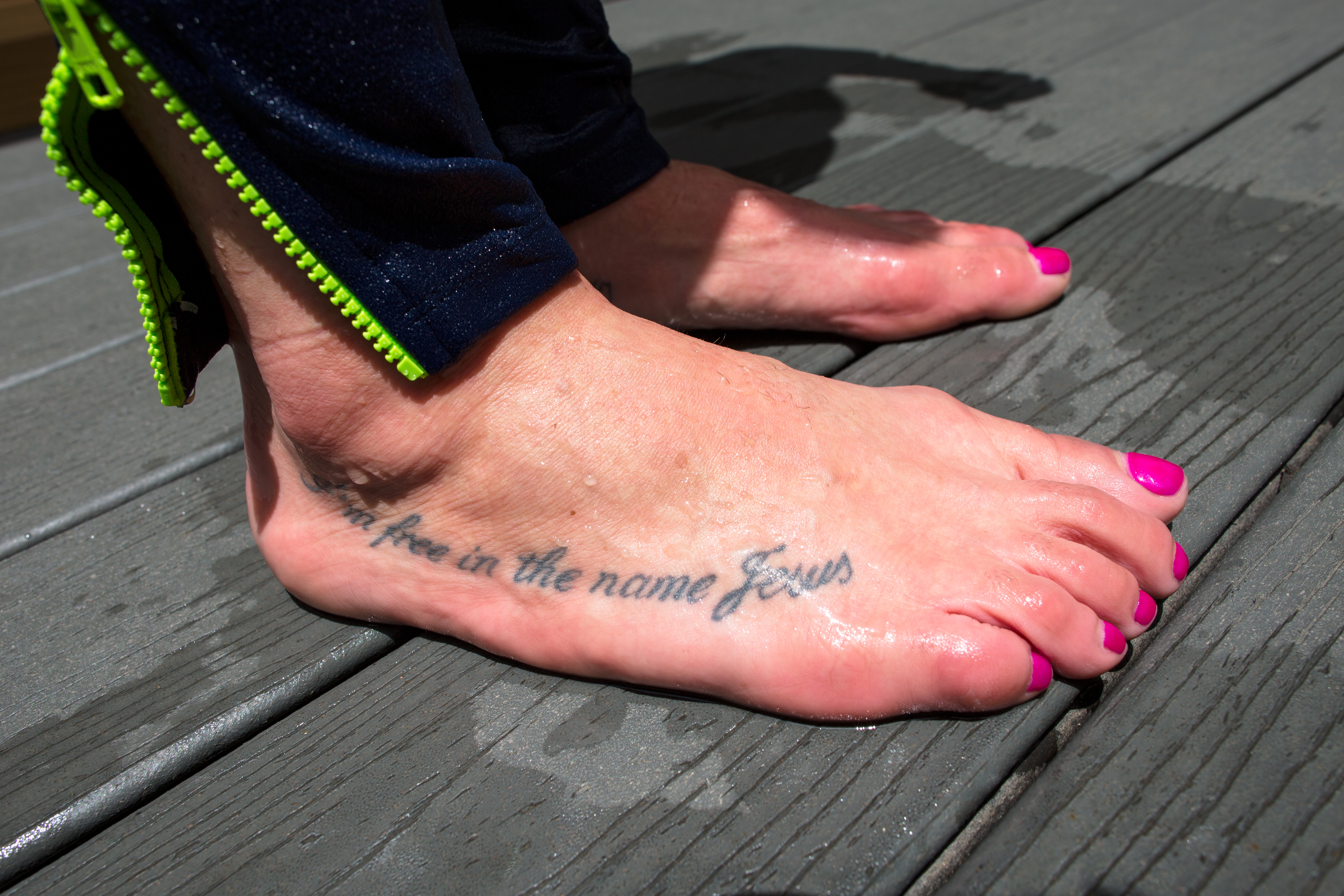 A devout Christian, Justino has a tattoo that reads "I'm free in the name Jesus" on her right foot. She made headlines in January for wearing a hijab during training as a message to unite women of all religions. 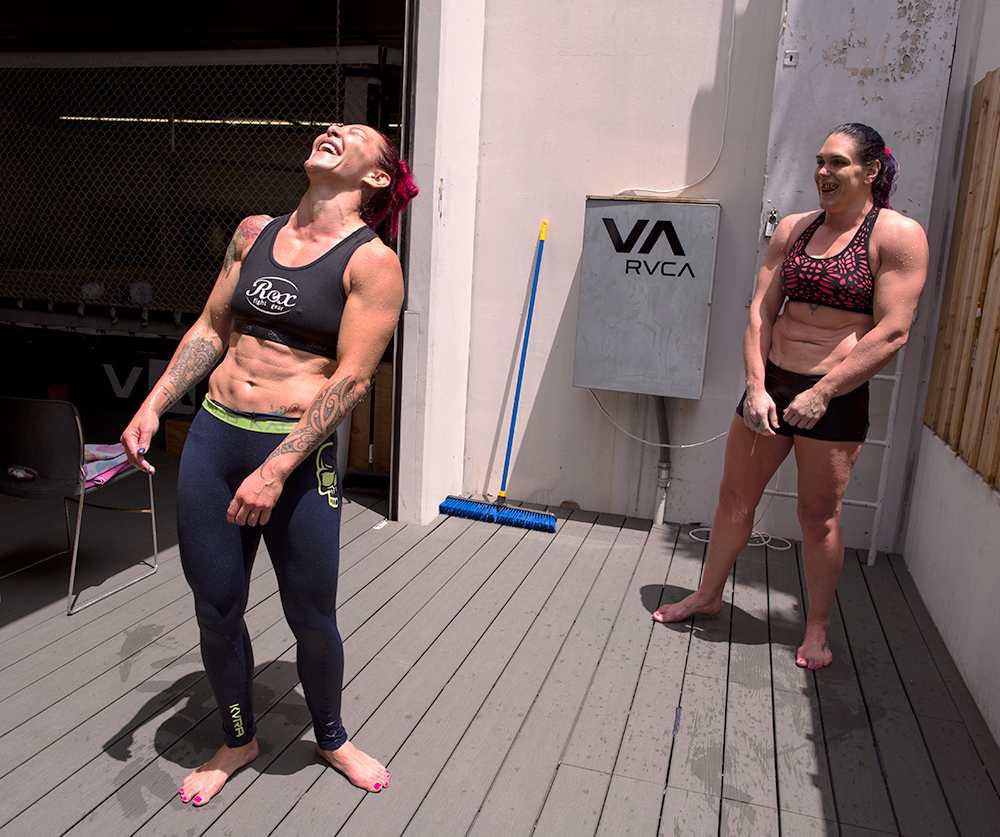 After recovering from an afternoon of training, Garcia and Justino share a laugh and dry off on the deck outside of the gym. 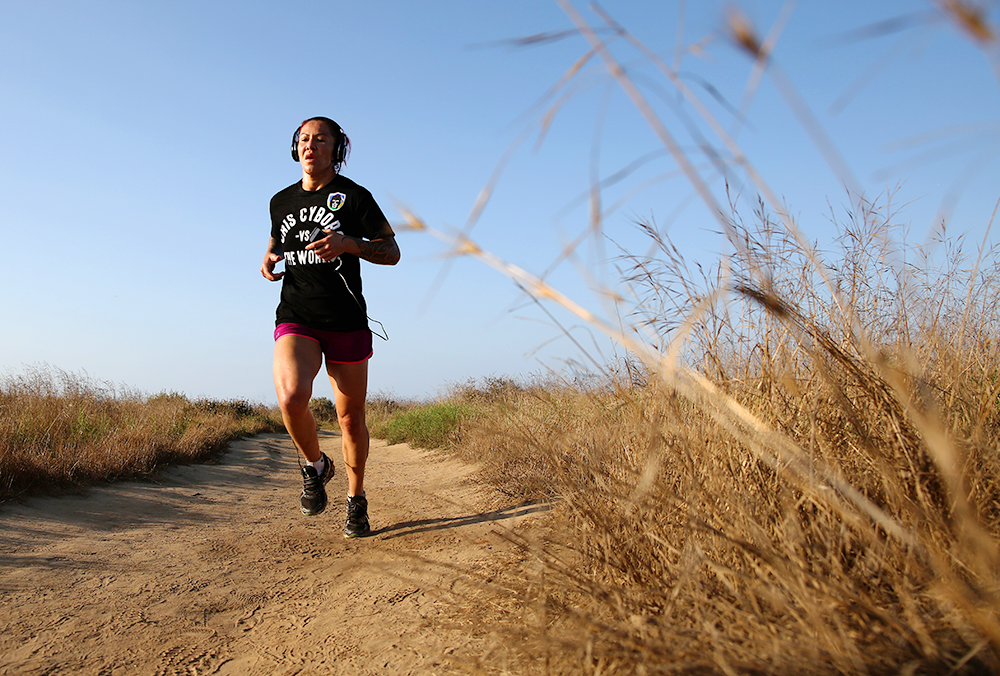 Justino runs on a trail in Huntington Beach, California, a crucial aspect of her daily conditioning. 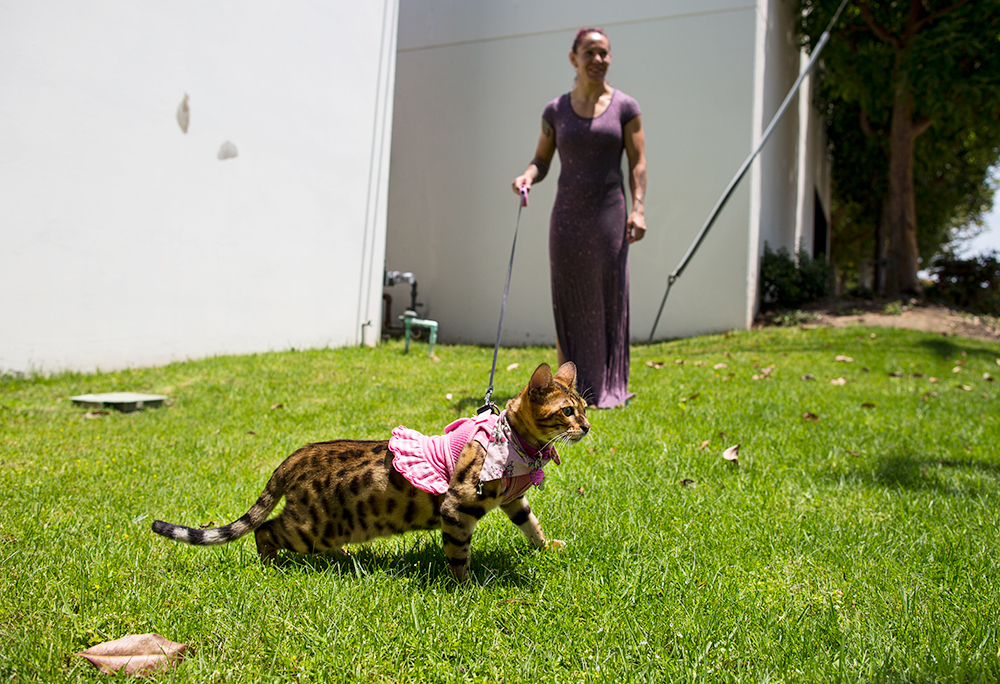 Justino is ready for some sleep following her workout, but first takes her kitten Laila for a walk. 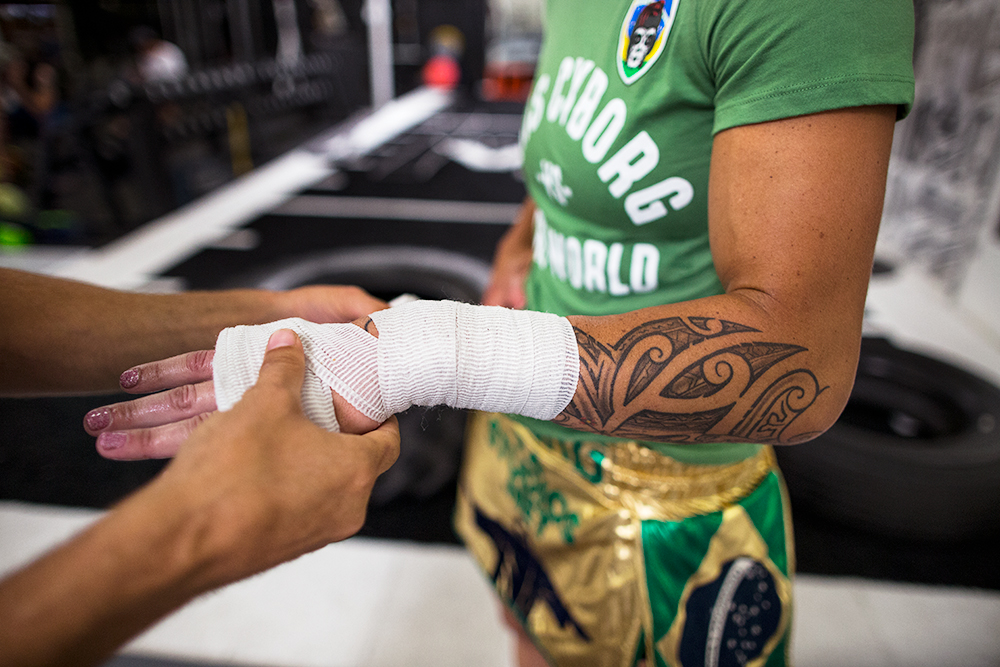 Just 11 days away from UFC 214, Justino's training and recovery regimen intensifies. Here, her hands are wrapped by her trainer in preparation for boxing work. 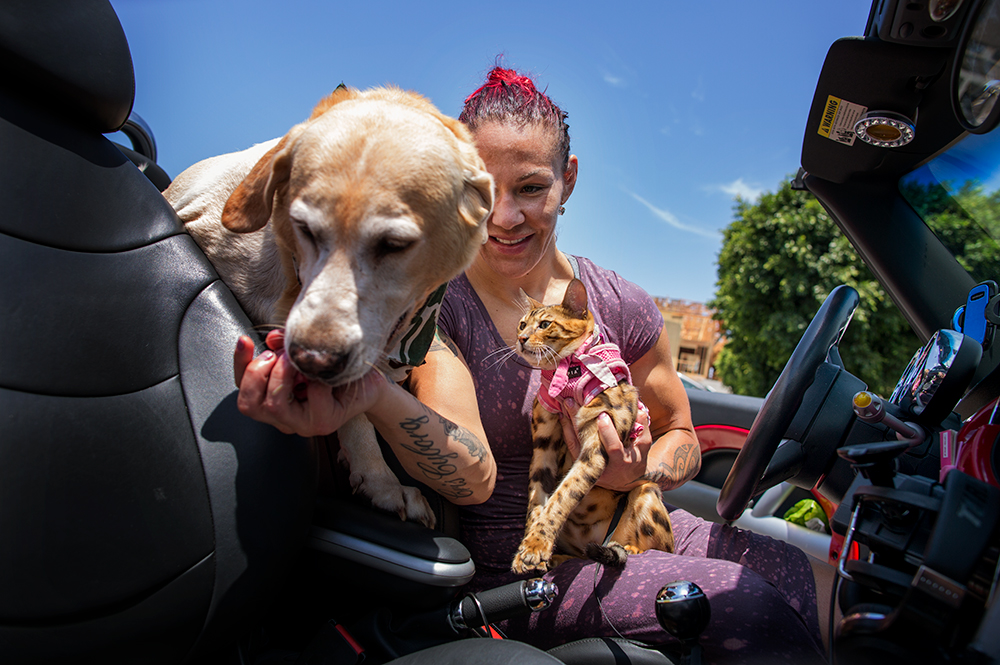 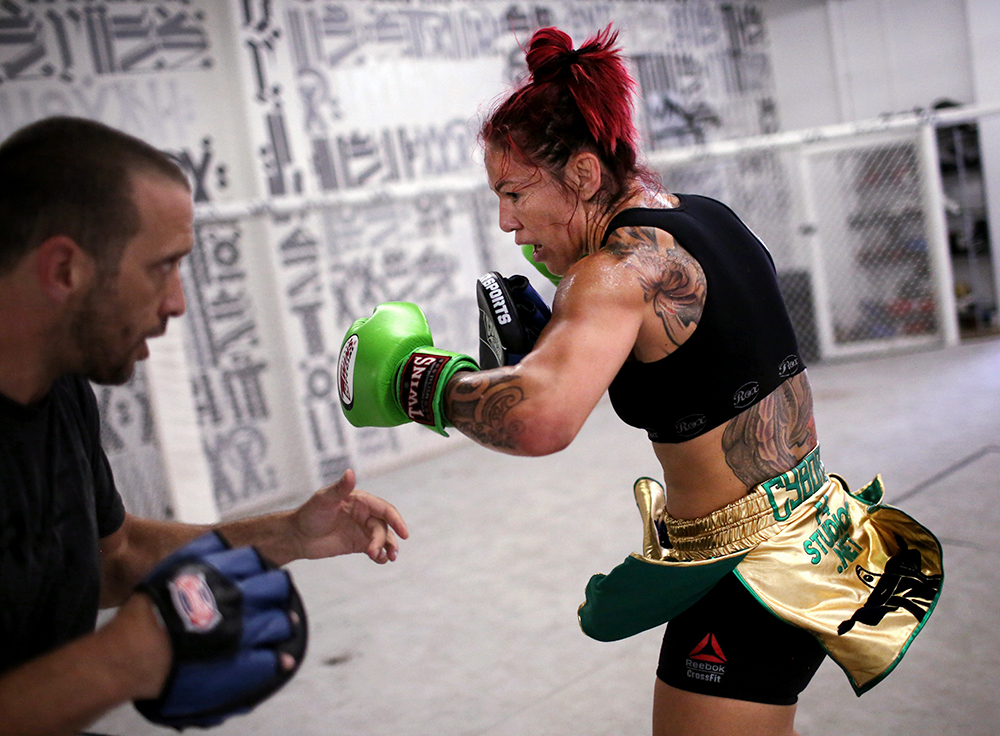 Justino trains with her boxing coach Jason Parillo, swinging and knocking his mitt off during drills. 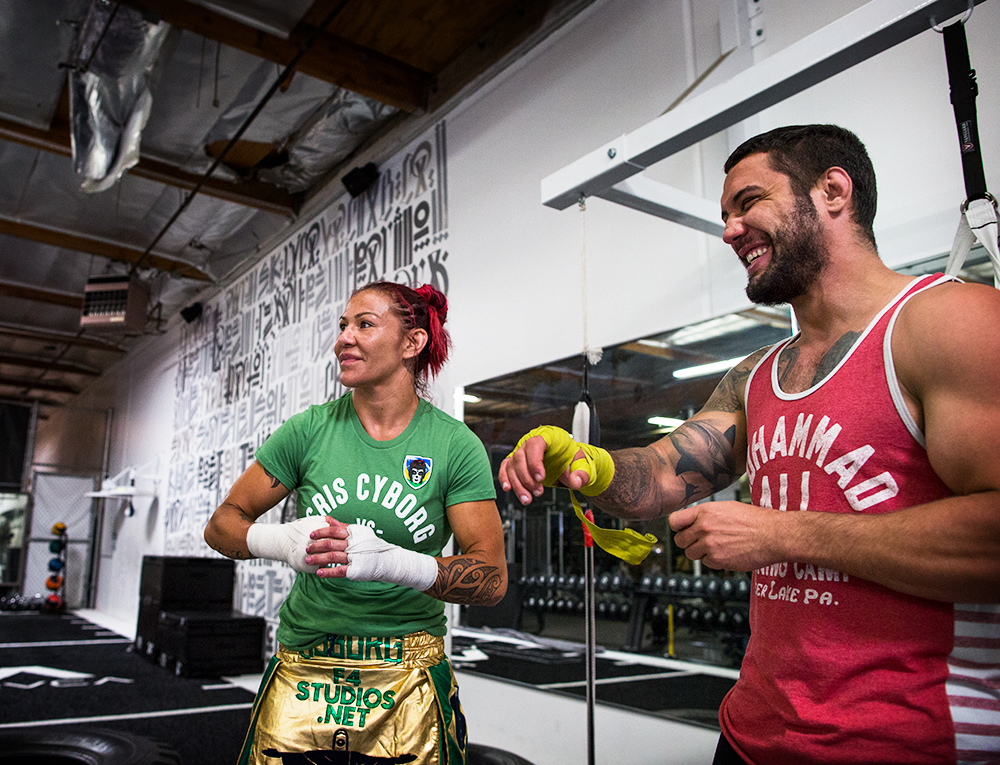 In the midst of her workout, Justino enjoys a light moment with her boyfriend, MMA fighter Raymond Elbe. 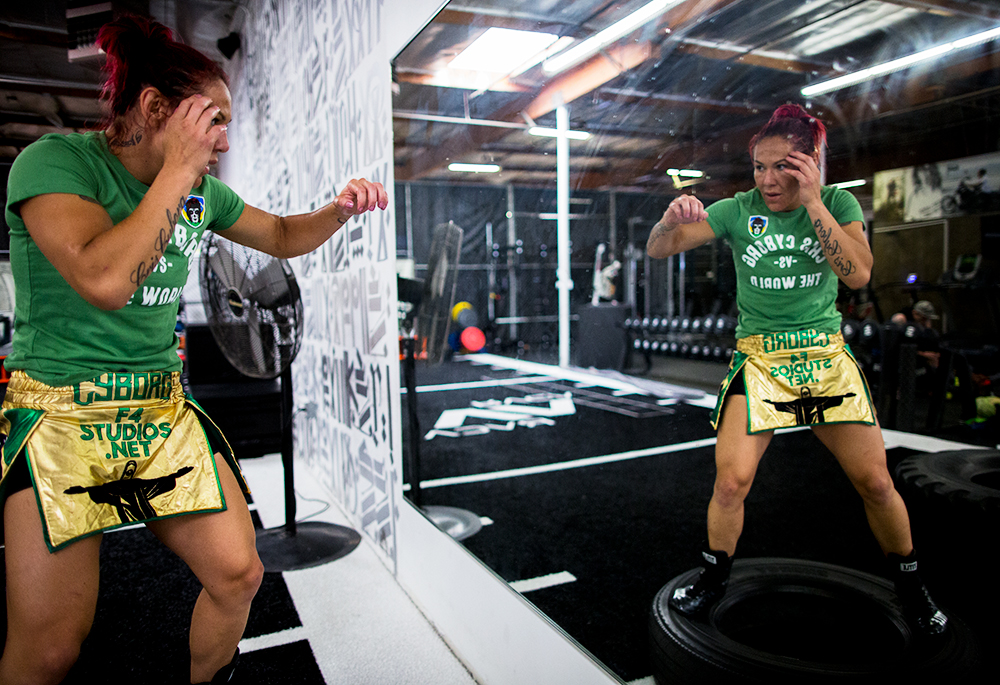 Justino shadow boxes in the mirror, symbolizing what many say could be the only thing standing in the way of a title victory: herself. 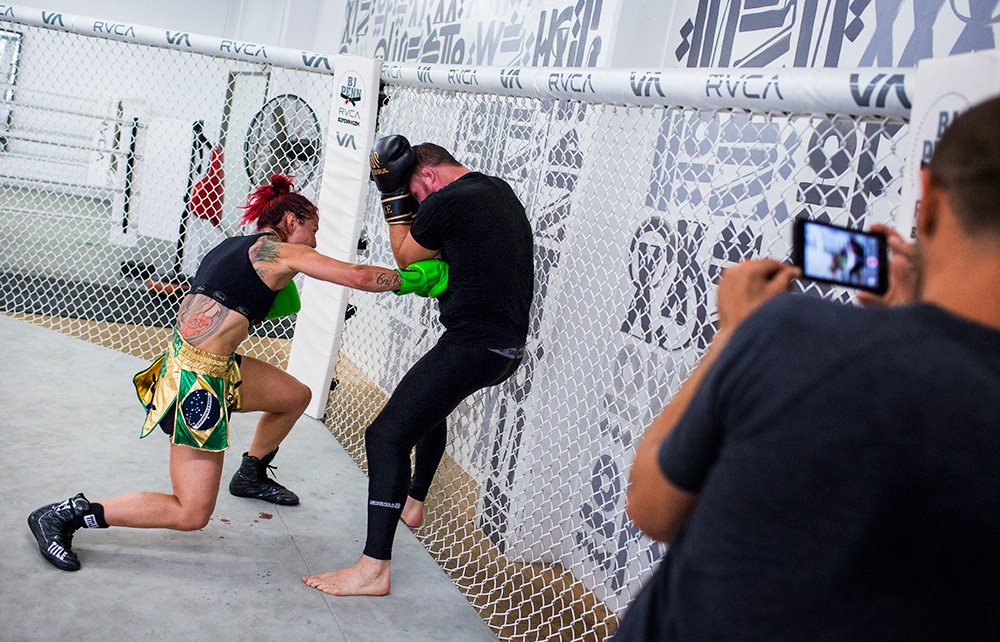 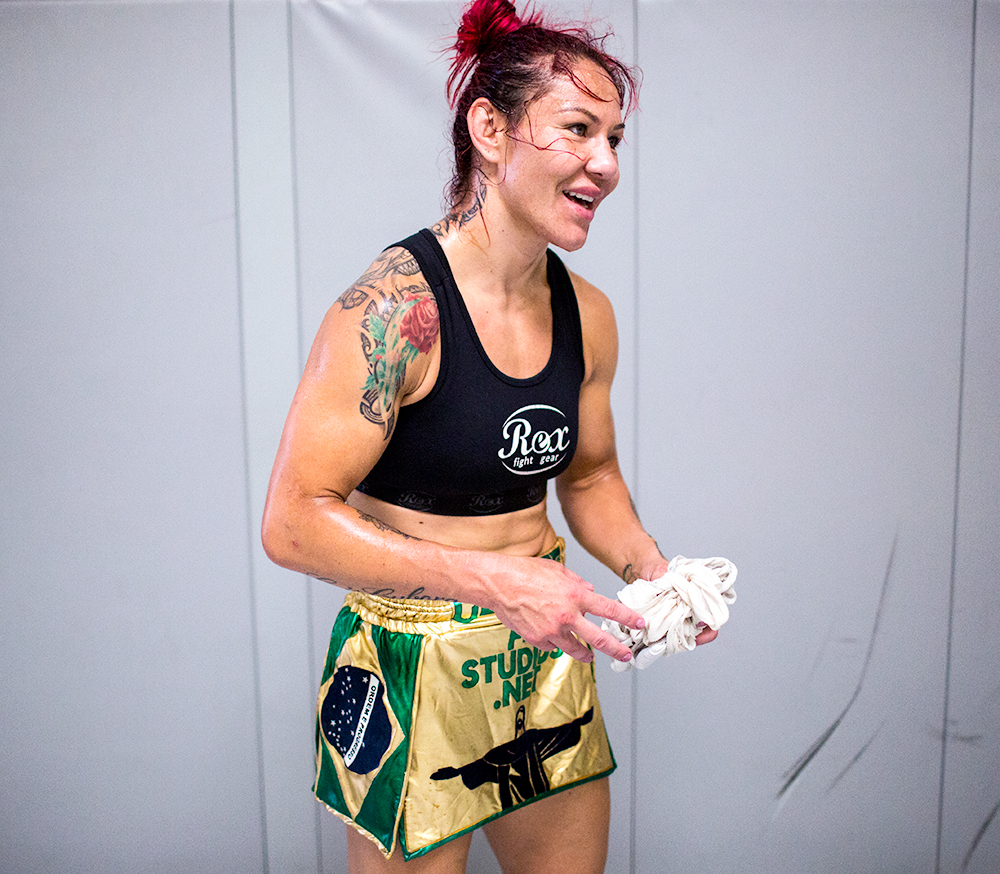 Dripping with sweat during a break in training, Justino takes a breath and unwraps her hands.