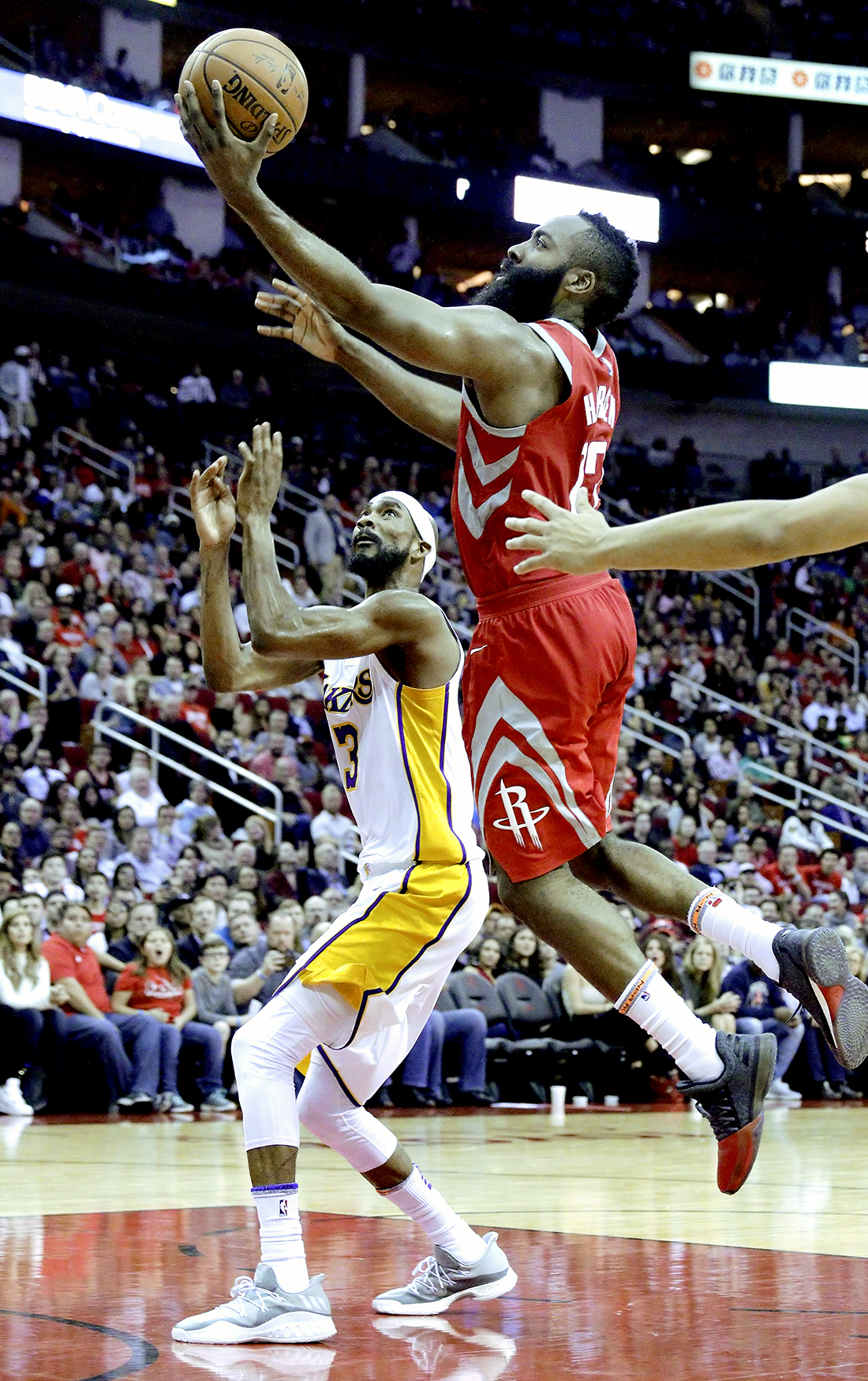 "Secret? He works on them. He works his butt off. People don't understand how hard James works, and that's why he's good at what he does." -- Los Angeles Lakers' Corey Brewer on the secret to Harden's step-back 3 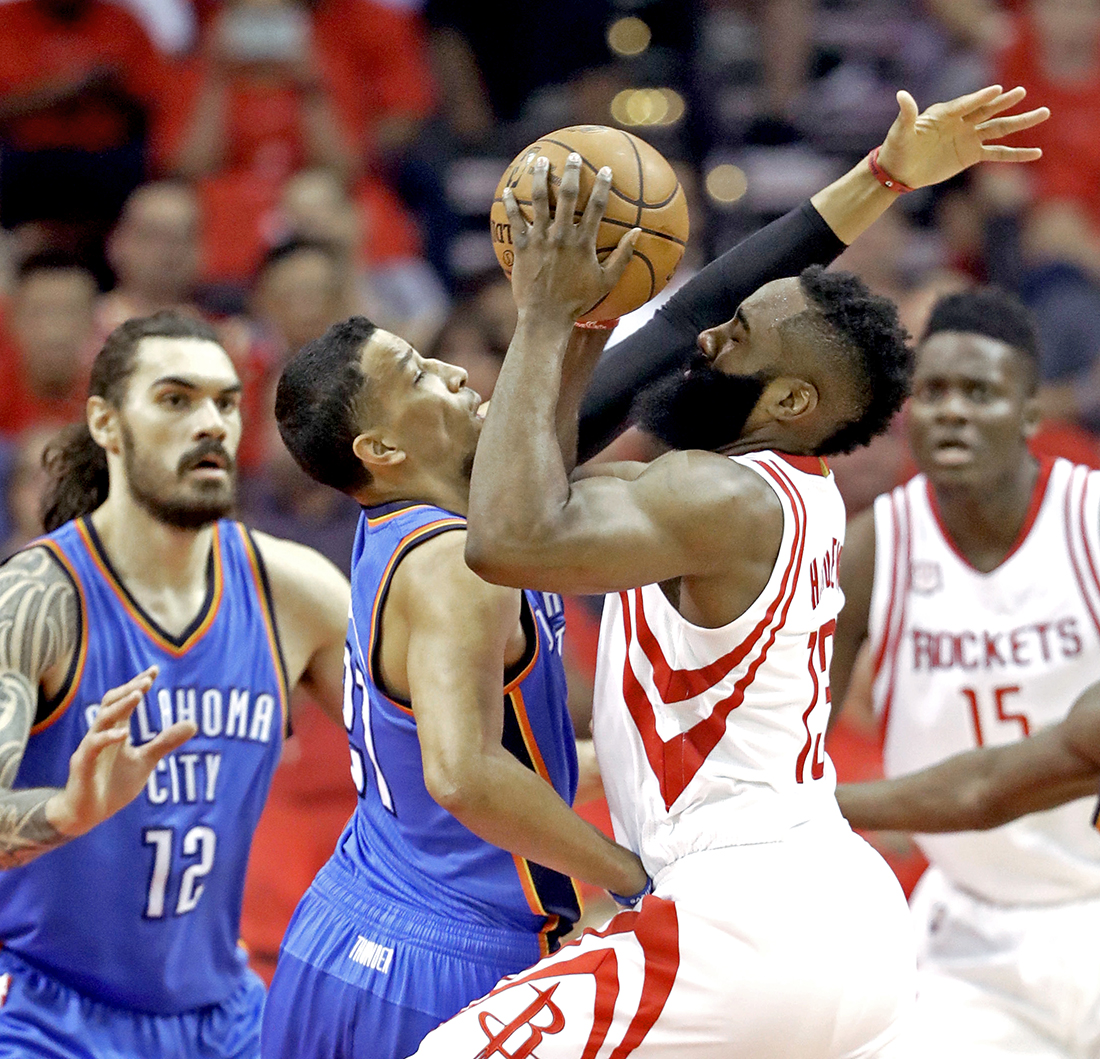 "Guys kind of get sucked in and caught up in ball-watching when he gets into his dribble rhythm." -- Oklahoma City Thunder's Andre Roberson on guarding Harden 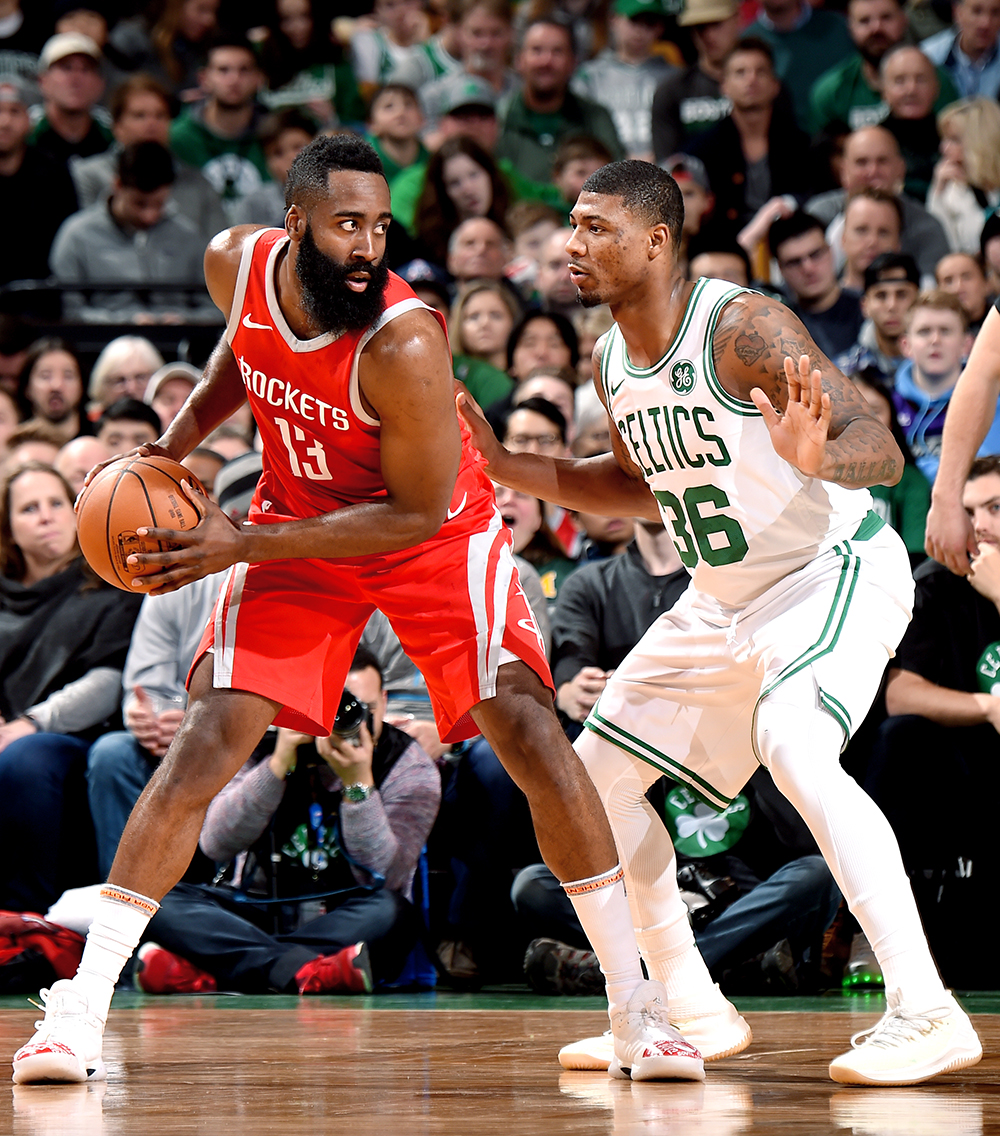 "When he can get to dancing and he feels comfortable ... it's really tough to guard." -- Boston Celtics' Marcus Smart on guarding Harden 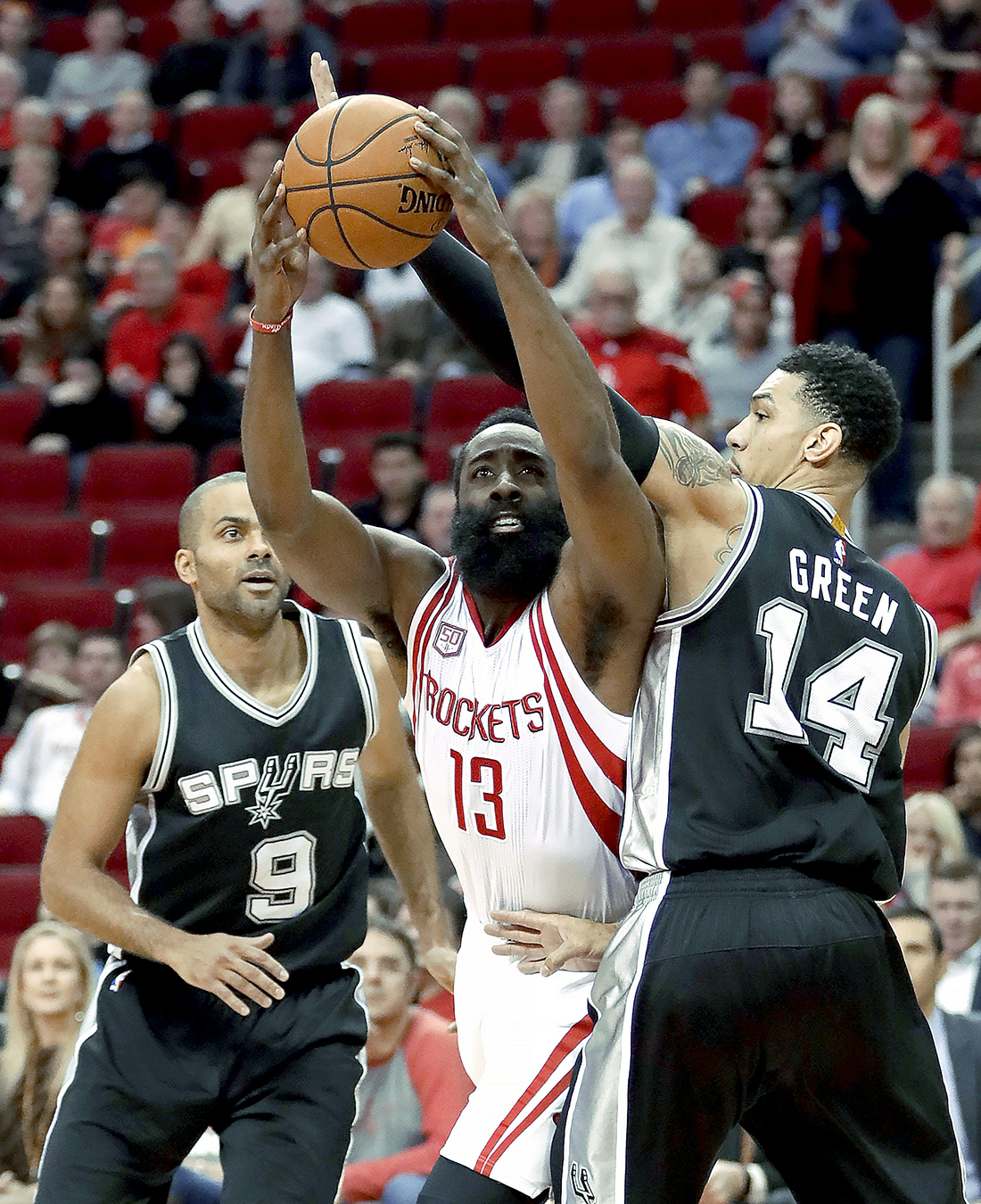 "My teammates help me, make it easier for me to guard him. You know it's still not easy, but it's not a one-on-one type deal." -- San Antonio Spurs' Danny Green on using teamwork to guard Harden 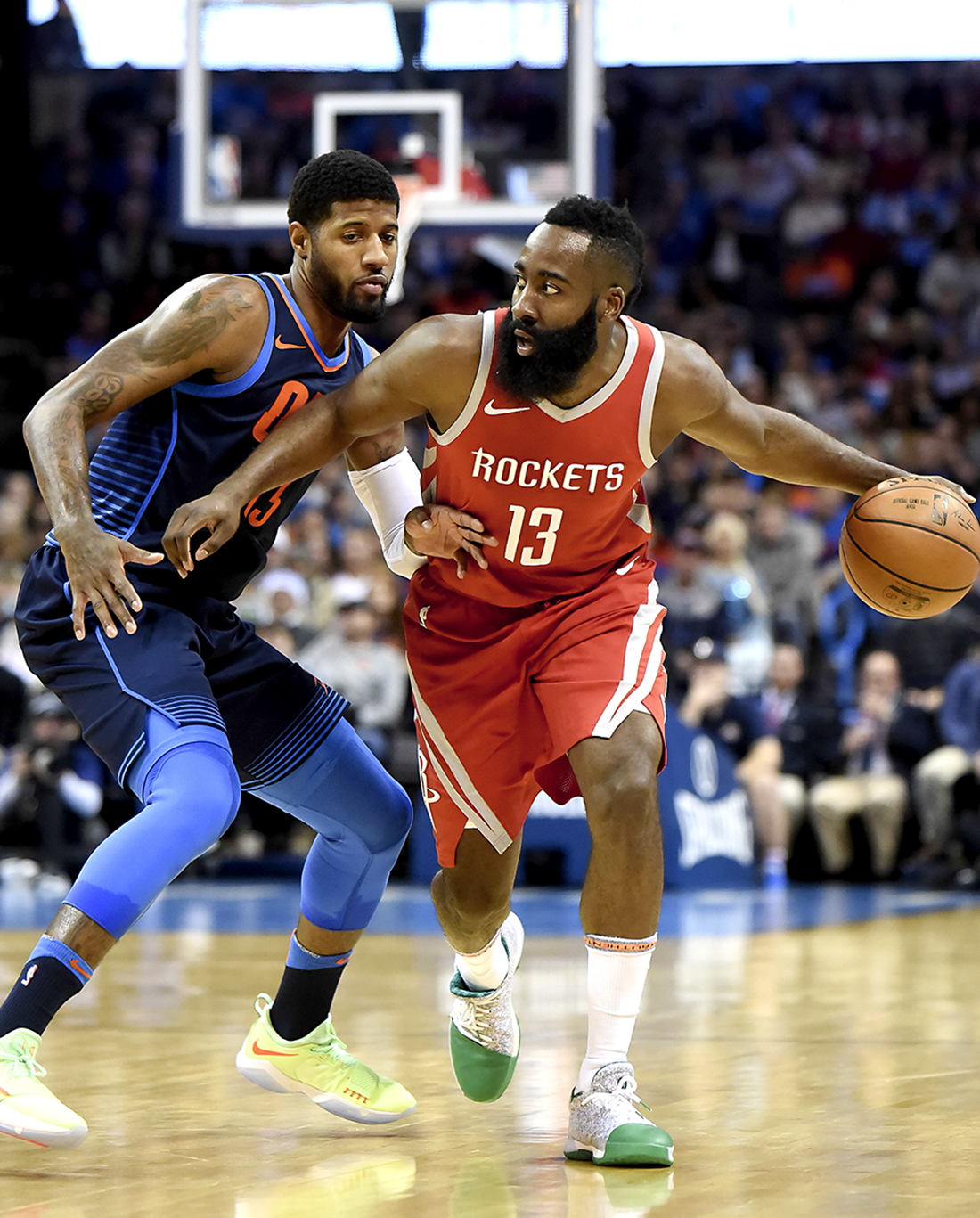 "It's tough, it's tough with a guy like that. Especially when he can handle it as long as James can." -- Oklahoma City Thunder's Paul George on guarding Harden 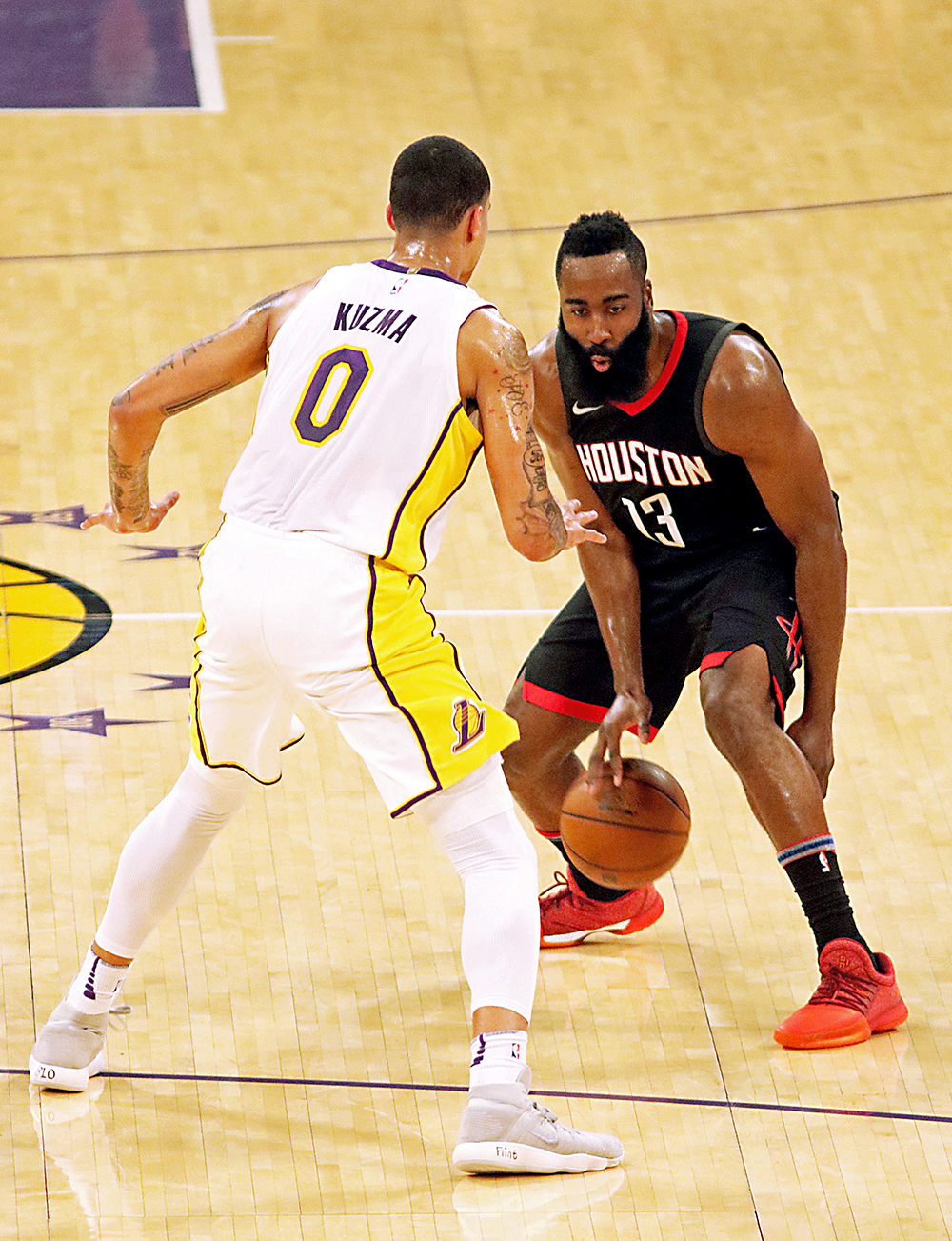 "He can shoot from 30 feet, so you have to guard him out there. And then if you get too close, he has extreme ability to get to the free throw line." -- Los Angeles Lakers' Kyle Kuzma on Harden