"Success is a journey, not a destination. The doing is often more important than the outcome." -- Arthur Ashe

They train for a decade or two for one opportunity every fourth winter. Many had aspirations of standing on a podium and having a medal placed around their neck. Others came with the realistic goal of proudly representing country, family and heritage. Almost 3,000 athletes converged on Pyeongchang, South Korea, and we celebrate their journey and the memories they helped create. 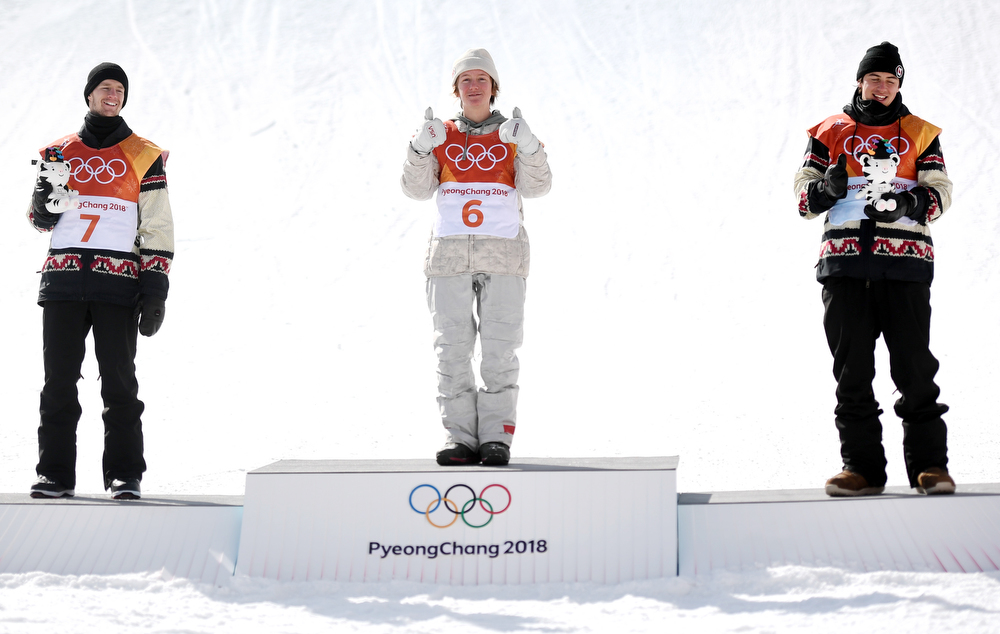 Before Red Gerard, middle, dropped in to take his first run in snowboard slopestyle finals, he said he didn't realize how big the Olympics are. After winning the first gold medal for Team USA in Pyeongchang -- and experiencing the two-day media blitz in Los Angeles and New York that followed -- Gerard said he had a better understanding of the scope of the event. He returned to Pyeongchang to compete in the debut of snowboard big air and made the finals but didn't medal. Fortunately, Gerard was there to congratulate his good friend and Silverthorne, Colorado, neighbor, Kyle Mack, on taking silver.Martin Bureau/AFP/Getty Images

Chloe Kim performed possibly the toughest trick at the Olympics -- living up to expectations. One of the most hyped athletes heading into the Games, Kim delivered, winning gold in snowboard halfpipe in her parents' home country. And she did it while tweeting about ice cream and sandwiches.Getty (4), Icon Sportswire 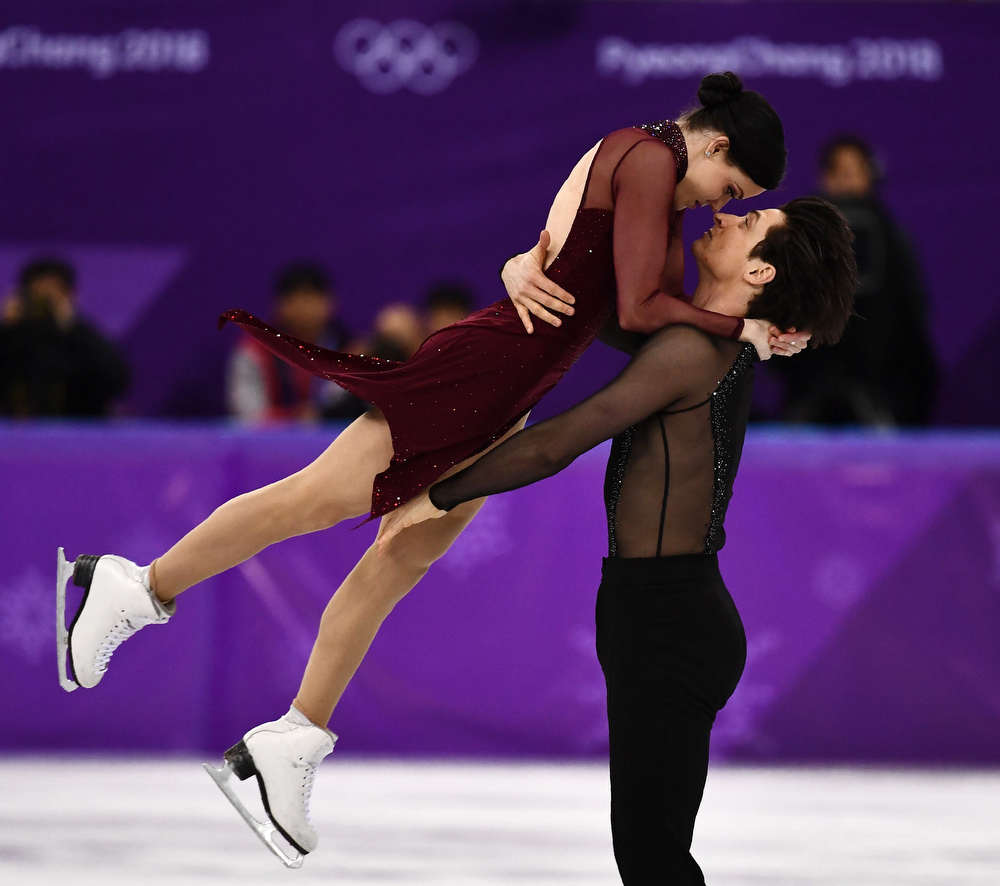 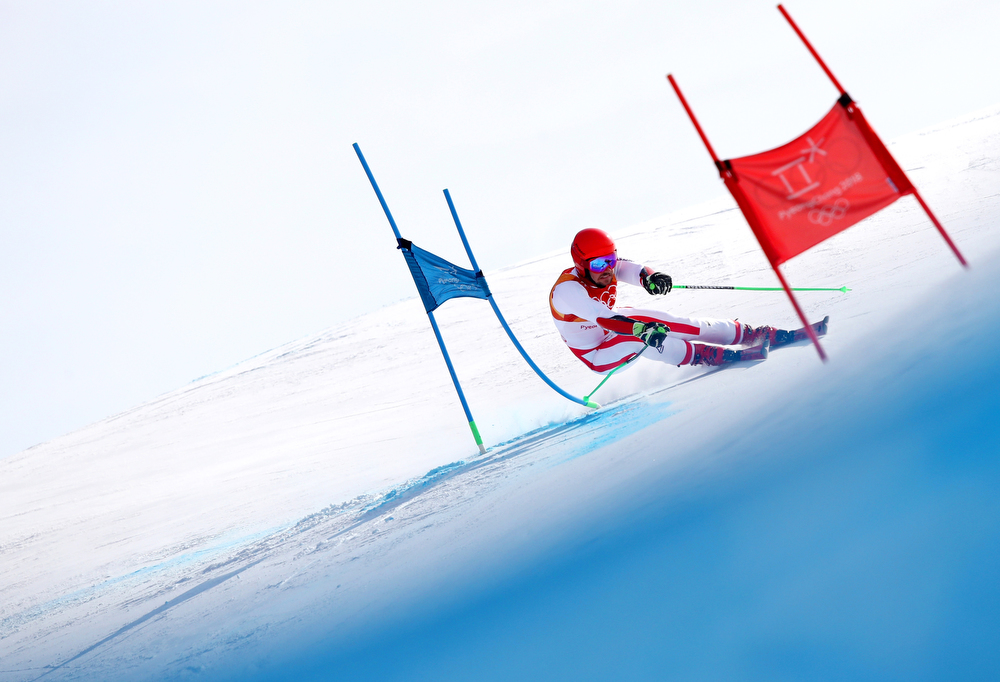 Austrian Alpine star Marcel Hirscher entered the Pyeongchang Games with every accolade and trophy -- six consecutive World Cup titles and 55 world victories -- except Olympic gold. Pressure, anyone? Well, he delivered on the big stage, becoming the first man to win the combined and the giant slalom at the same Games. "I'm super happy because now this stupid question is gone away," he said.Ezra Shaw/Getty Images 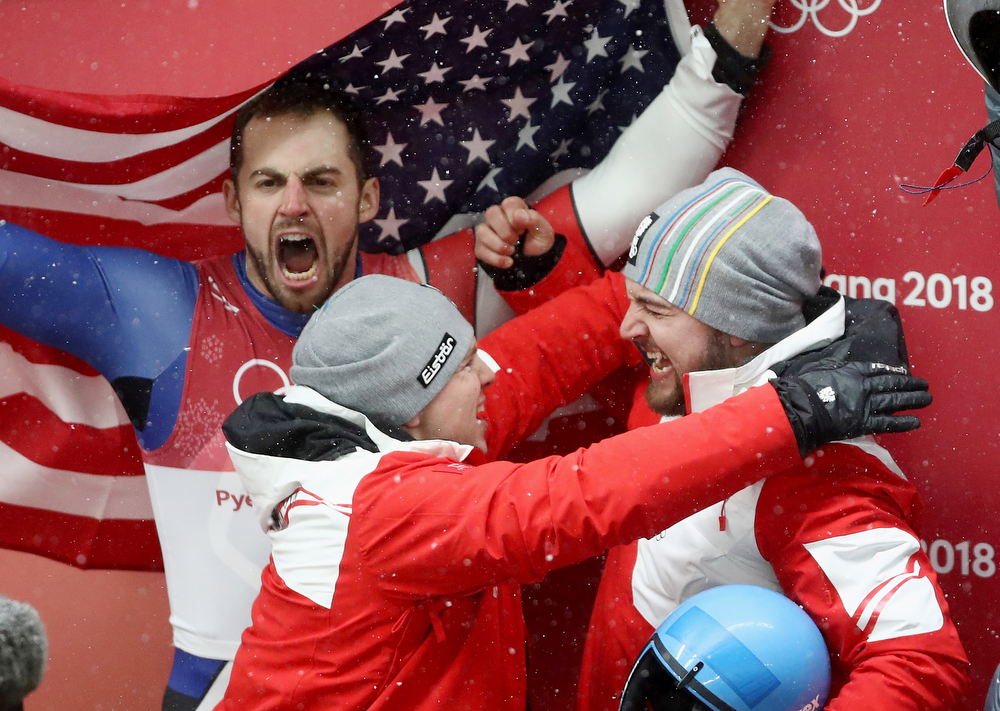 This was not the podium lineup anyone expected in men's luge. After luge legend and two-time defending Olympic champion Felix Loch made an error on the Alpensia Sliding Center's treacherous Curve 9, the unlikely trio of Austria's David Gleirscher, right, the United States' Chris Mazdzer and Germany's Johannes Ludwig finished 1-2-3. The Olympics don't really start until you get a moment and picture like this, right?Ezra Shaw/Getty Images 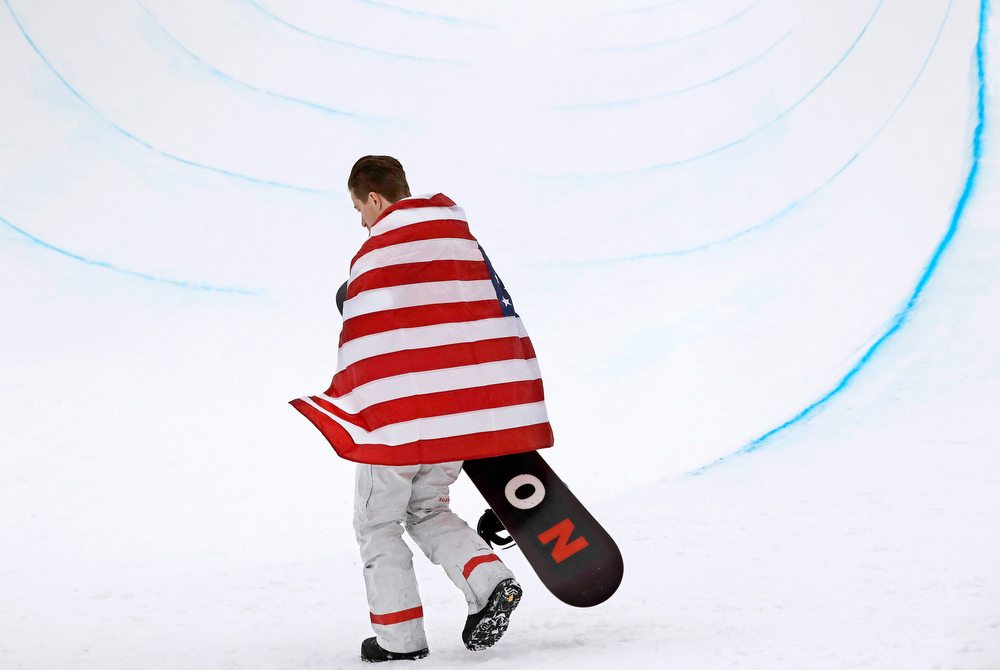 When Shaun White left the 2014 Sochi Olympics without a gold medal, few people, including White, believed he would return four years later to win his third Olympic gold. But that's exactly what he did. White landed a run he had never tried in competition and became the first three-time gold medalist in snowboard history. But with the celebration came controversy, as a past sexual harassment suit came to the surface. White called his behavior regrettable, while the lawyer representing the woman who accused White said, "No woman wants to be called a 'gossip' or a liar by the harasser." AP Photo/Lee Jin-man 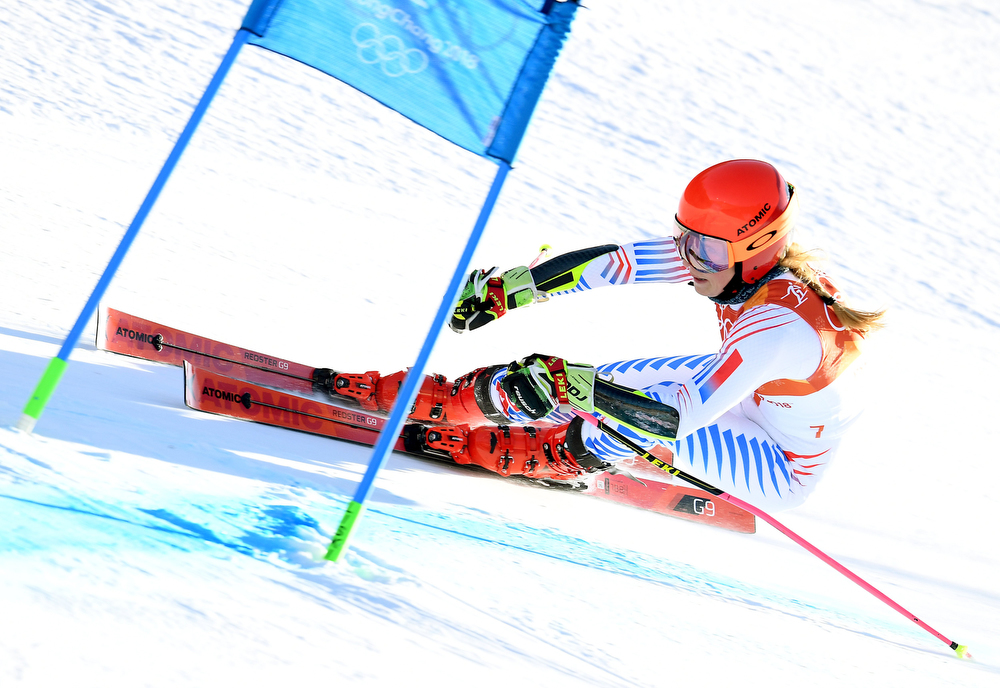 At first, it seemed like the weather was Mikaela Shiffrin's biggest competition. After high winds pushed back two events, Shiffrin and the rest of the field finally hit the slopes a week into the Games. Shiffrin put together a pair of aggressive, if not quite perfect, trips through the gates to win the giant slalom for the second Olympic gold medal of her career. No American Alpine skier has won more.EPA/Vassil Donev 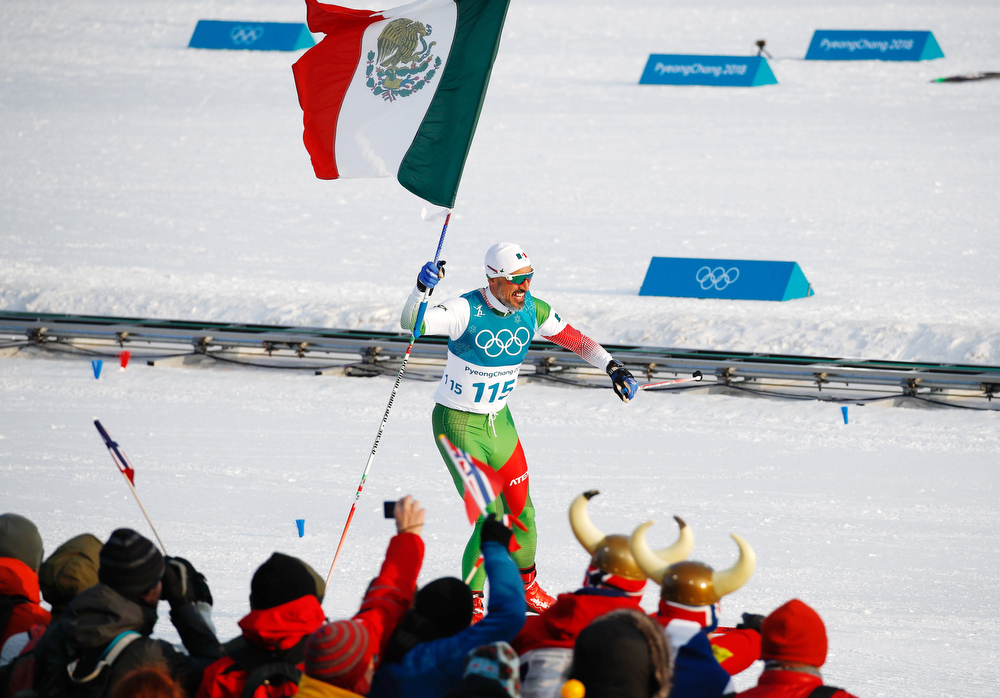 German Madrazo was the last competitor to cross the finish line in the 15-kilometer cross-country event (115th overall), but it didn't matter. He proudly waved a Mexican flag that he grabbed as he was heading to the homestretch. As he crossed, Pita Taufatofua -- he of opening ceremonies fame -- was there to greet him with a hug. "Today, Pita and I hugged and said again, 'We live to fight another day,'" Madrazo said. "It made me cry. It was the best feeling ever."Odd Andersen/AFP/Getty Images

Figure skating's quad king lived up to his nickname by landing a historic six quad jumps to win the men's free skate. Nathan Chen's previous record had been five in one program, and the 18-year-old didn't even tell his coach he would be adding the last one. It ultimately wasn't enough to earn him a medal after his disastrous short program, in which he failed to land a single jump, but Chen showed why he came to Pyeongchang as one of Team USA's biggest medal hopes. Before Mirai Nagasu came to these Games, only two women had ever landed the triple axel, the hardest jump in women's figure skating, at the Olympics. In the team event, she became the third -- and the first American woman -- to do it. The routine helped the United States win bronze in the team event.Getty (4) 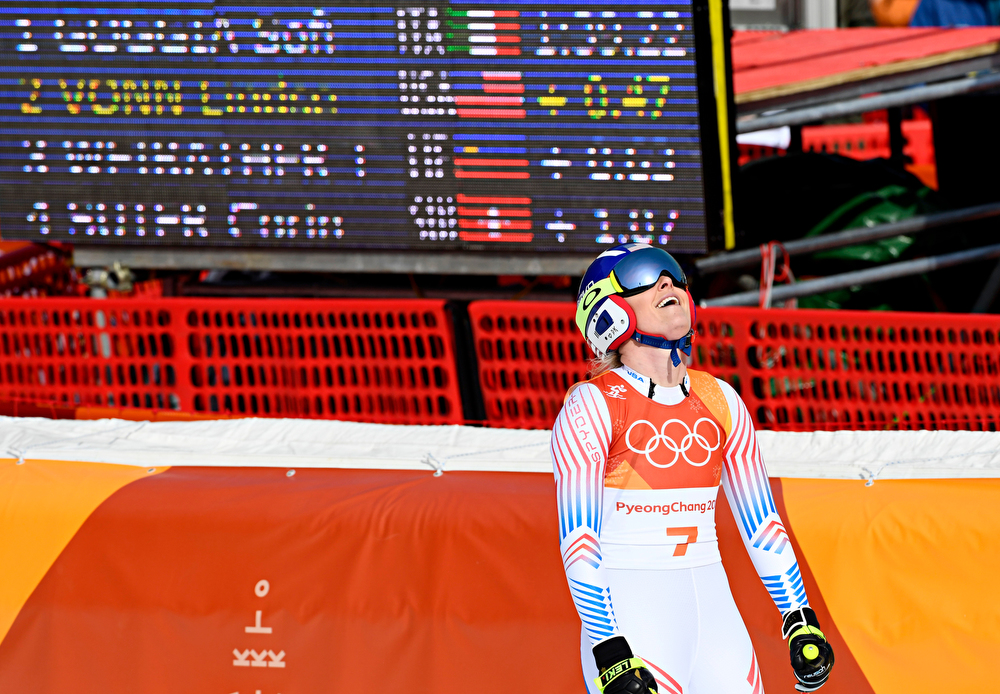 As she stood at the start gate, Lindsey Vonn knew that, in about 100 seconds, it would all be over, the last Olympic run in her signature race, the downhill. She heard a coach yell from down below and smiled, then took off fearlessly. When she and the rest of the field had finished, bronze was hers. And we would see a new Vonn -- older, wiser, more content -- insisting to anyone who would listen that bronze in fact was every bit as great as gold.Alain Grosclaude/Agence Zoom/Getty Images 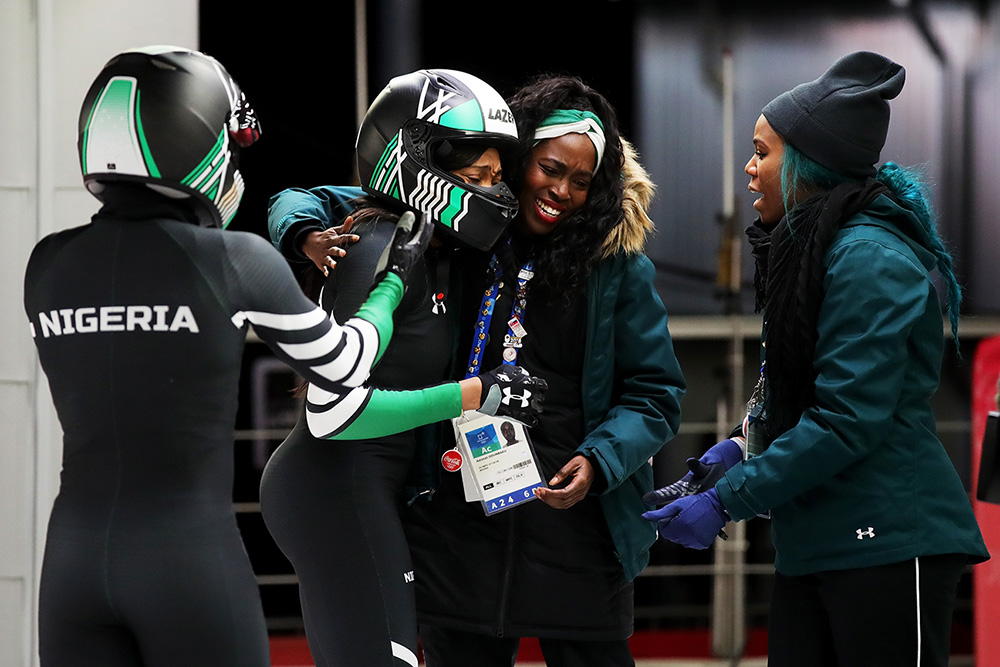 One of the most anticipated stories of these Pyeongchang Games came when the Nigerian women's team took to the track to become Africa's first Olympic bobsledders. Driver Seun Adigun and brakemen Ngozi Onwumere and Akuoma Omeoga qualified for the Games back in November of last year. The women were only the second Nigerian participants at a Winter Games, following skeleton driver Simidele Adeagbo's debut for the country in Pyeongchang, where she performed commendably for someone only six months into the sport. Alexander Hassenstein/Getty Images 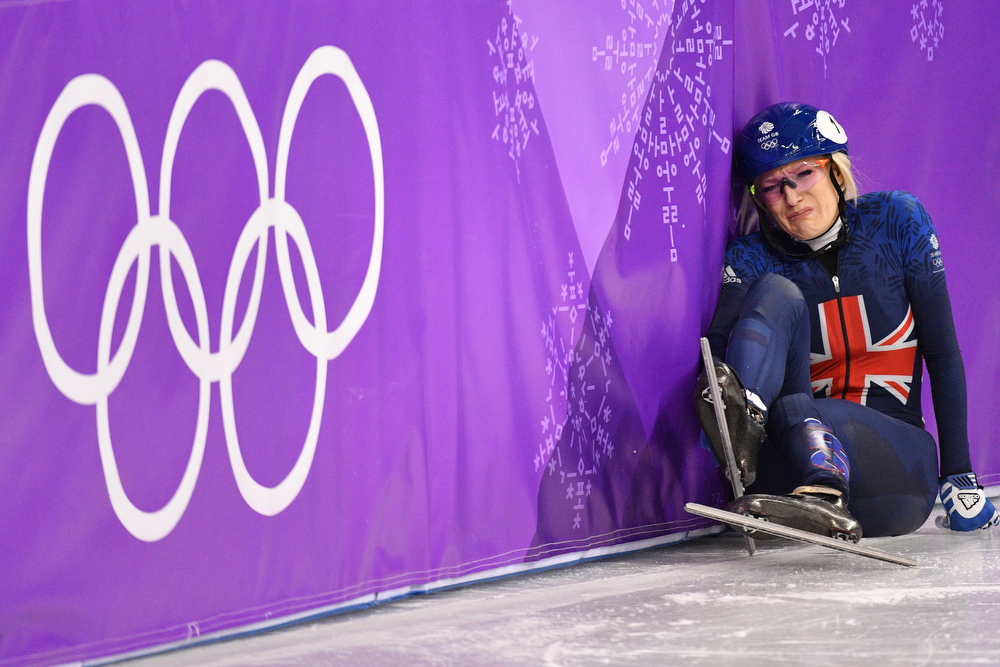 Elise Christie's Olympic story, by any imaginable standard, is agonizing. She's a world champion short-track speed skater and came to South Korea as a contender for three golds. Instead, her tale of heartbreak continued following her three disqualifications in Sochi. In Pyeongchang, she had another DQ in the 1,000 meters and two horrible crashes in the 500 final and 1,500 semifinal.Mladen Antonov/AFP/Getty Images

For four years, Jocelyne Lamoureux-Davidson had practiced the move her college coach dubbed, "Oops I Did It Again," and she had finally found the perfect time to unleash it. She faked right, left, then brought the puck back to her right again. Canadian goalie Shannon Szabados fell back, and Lamoureux tucked in the shot that gave the United States its first women's hockey gold medal in 20 years.EPA (3), Getty Images, Icon Sportswire 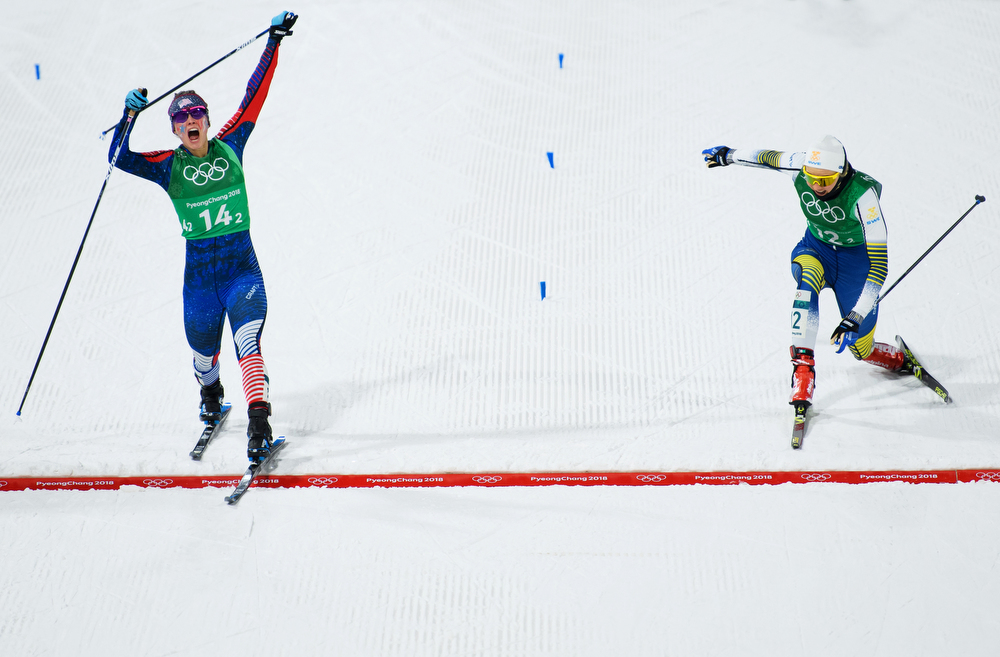 Jessie Diggins' finish in the cross-country team sprint won't soon be forgotten. Along with teammate Kikkan Randall, Diggins' finish ended a 42-year medal drought for the Americans in cross country. And the finish -- whoa, what a finish: With about 100 meters to go, Diggins suddenly split off from behind Sweden's Stina Nilsson, the sprint gold medalist, pulled even with her for several meters and then surged unexpectedly ahead and won by 0.19 seconds.Matthias Hangst/Getty Images

When the Czech Republic's Ester Ledecka crossed the finish line in the women's super-G, even she thought there must have been a mistake. But there wasn't. The snowboard racer had never finished higher than 15th in a World Cup event, then stunned the skiing world to win Olympic gold. Afterward, she refused to remove her goggles at her victory news conference, explaining she hadn't planned on being in front of so many cameras and wasn't wearing any makeup. Seven days later, she won gold in snowboarding's parallel giant slalom, becoming the first athlete in 90 years to claim gold in two different sports at the same Winter Games. Getty Images (2), AP Photo (2) 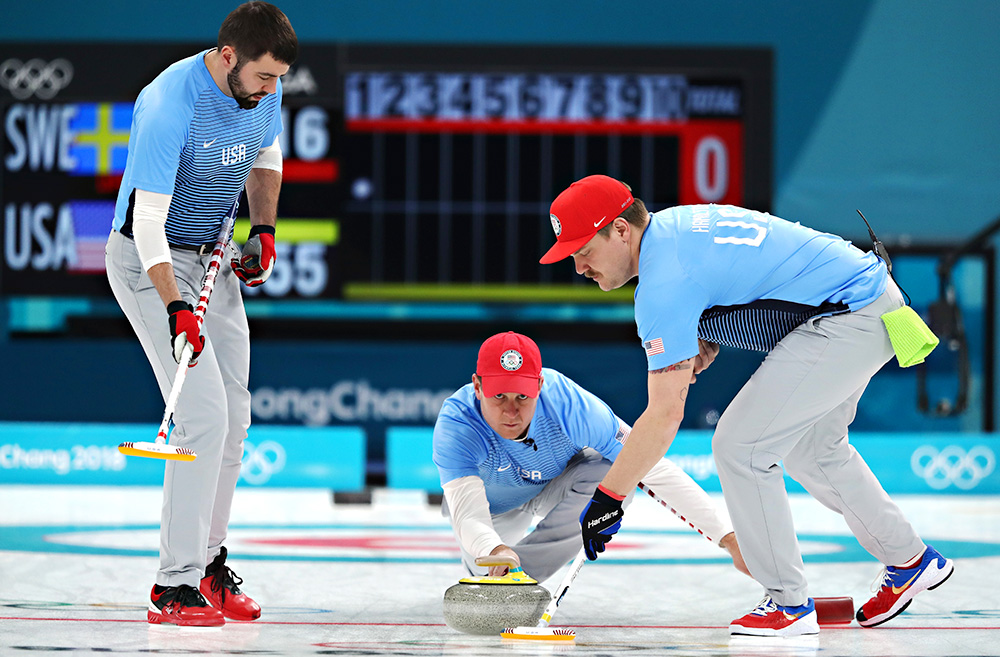 It initially wasn't looking too good for the U.S. men's curling team. An 8-5 round-robin loss against Norway left the Americans with a 2-4 record and three basically must-win matches to go. But skip John Shuster and his team of Tyler George, Matt Hamilton and John Landsteiner won five straight, culminating in a shocking victory over top-ranked Sweden to give the U.S. its second medal in curling and first gold in the sport.Richard Heathcote/Getty Images 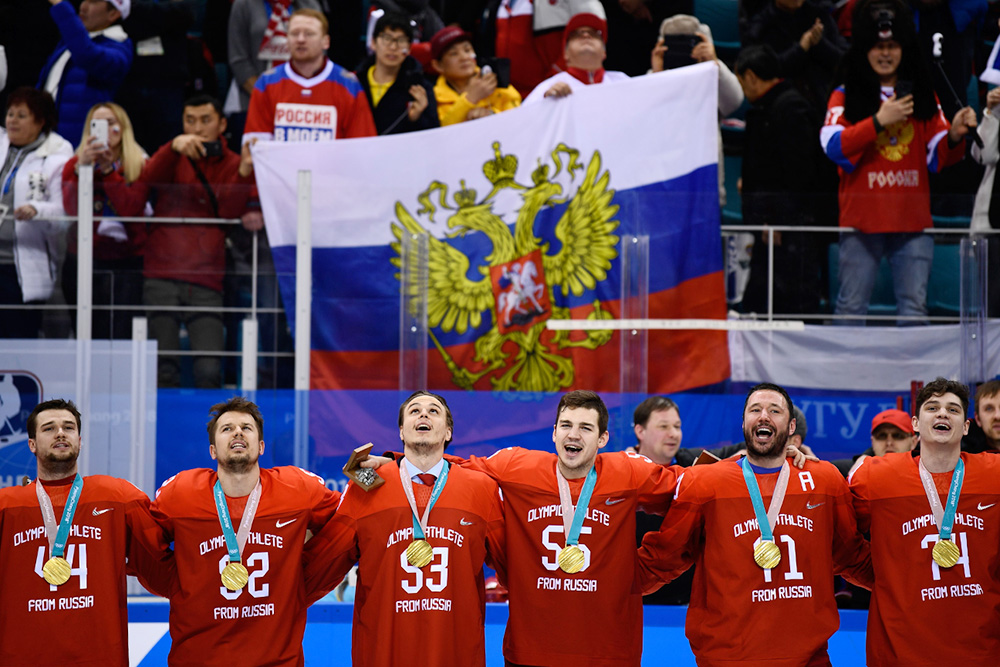 The Olympic Athletes from Russia drew much attention leading into and during the Winter Olympics. With the Russian flag and anthem -- and many athletes -- banned from these Games because of the country's state-sponsored doping scandal, OAR was formed and allowed others to compete under the neutral flag. The Russians won gold medals in two of their signature sports -- figure skating and ice hockey. The men's hockey team's gold was its first since 1992. Afterward, the team sang Russia's national anthem over the broadcasted IOC song. Said OAR hockey coach Oleg Znarok: "We understood the whole thing from the start, so we were calm about it. Russia is in our hearts." Brendan Smialowski/AFP/Getty Images 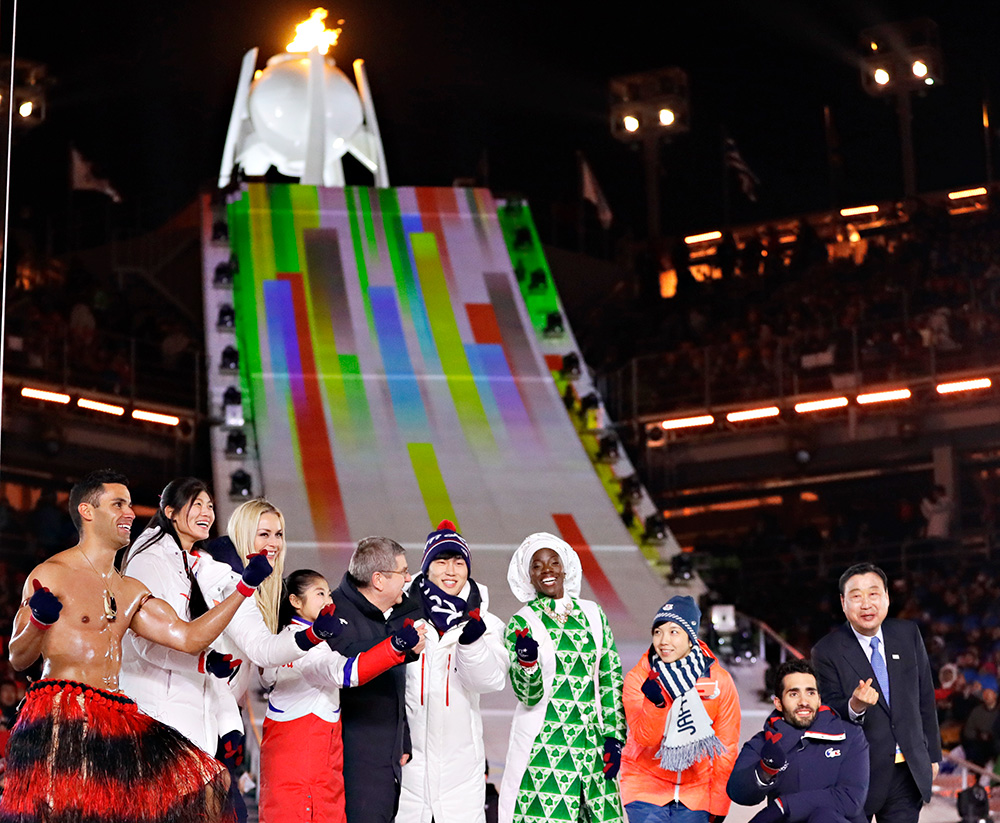 Athletes and officials from various nations, including Pita Taufatofua of Tonga, left, the United States' Lindsey Vonn, third from left, and IOC president Thomas Bach, fifth from left, took part in the closing ceremony of the 2018 Winter Olympics.AP Photo/Kirsty Wigglesworth