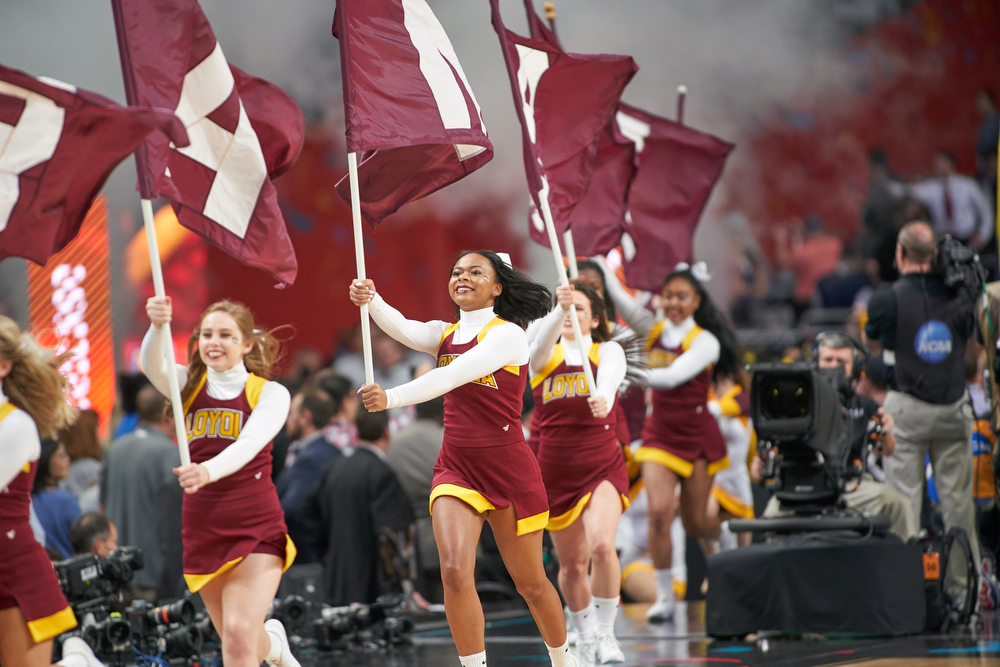 Loyola-Chicago cheerleaders lead their team onto the court before the start of their Final Four game against Michigan. 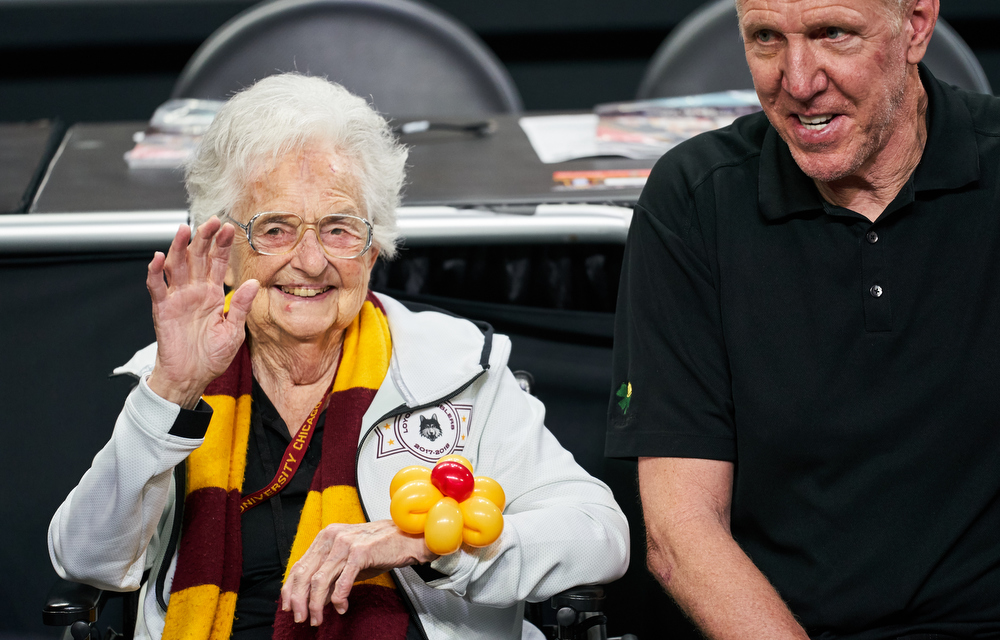 Ramblers chaplain Sister Jean Dolores-Schmidt poses for a photograph with Bill Walton before the game between Loyola-Chicago and Michigan. 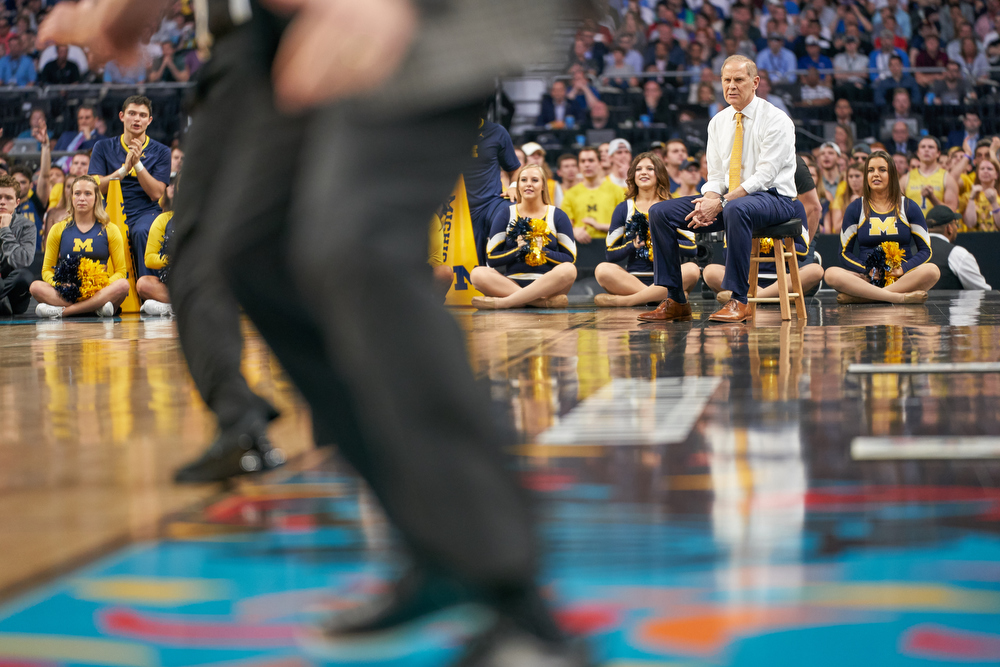 Michigan coach John Beilein watches from the floor during the first half against Loyola-Chicago. 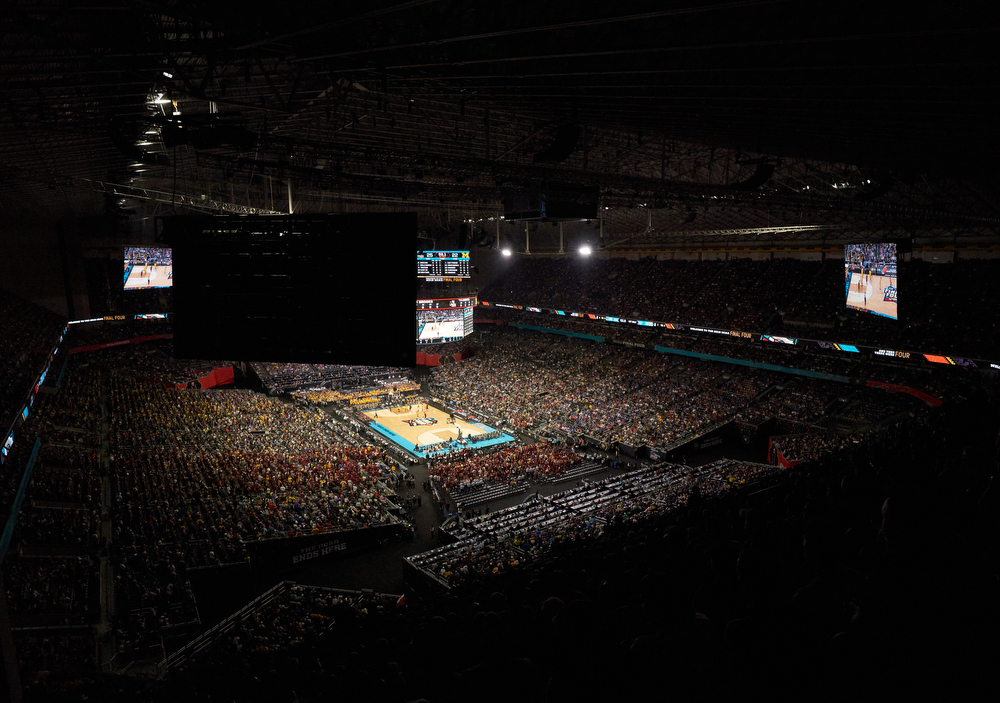 The view from the top of the Alamodome in San Antonio. 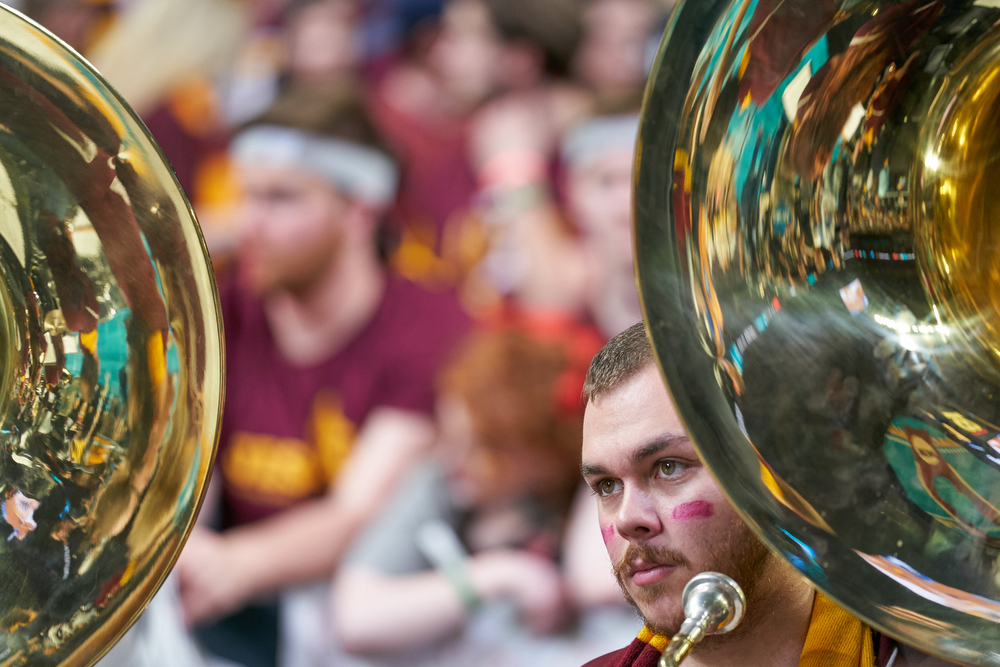 Loyola-Chicago band members play and watch from the baseline during the game. A bonus for being a part of the band is some of the best seats in the house. 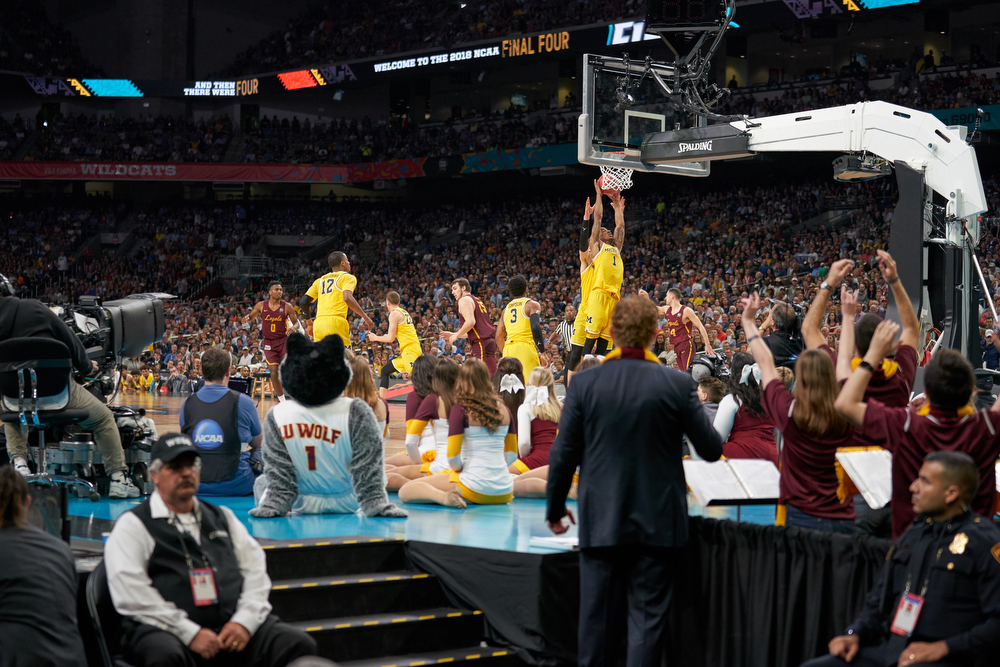 Michigan players go up for a rebound, as seen from the apron at the Final Four. 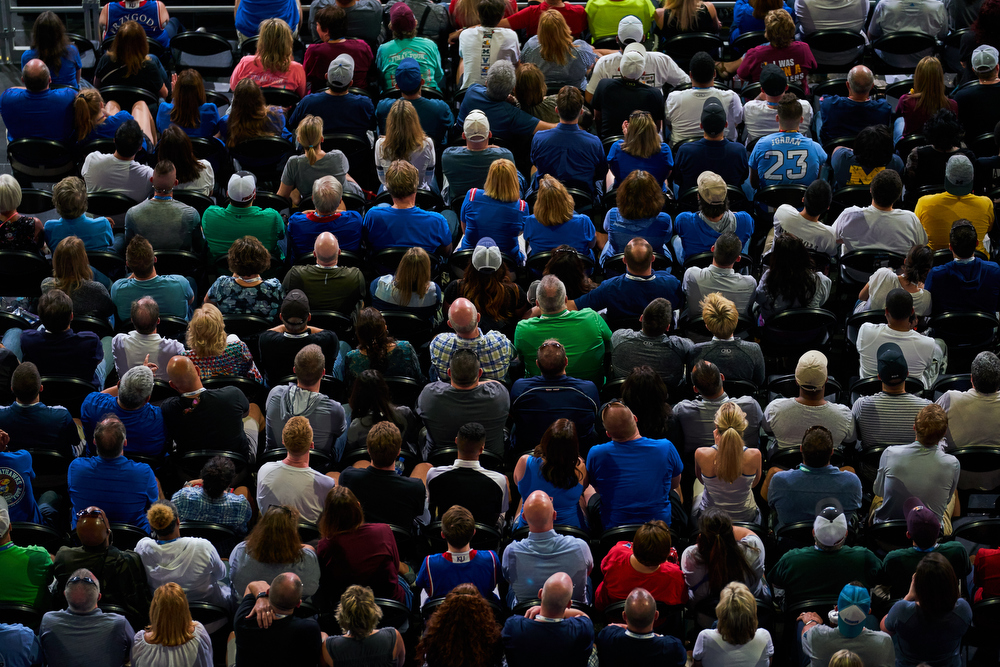 Fans look on from the lower concourse of the Alamodome. 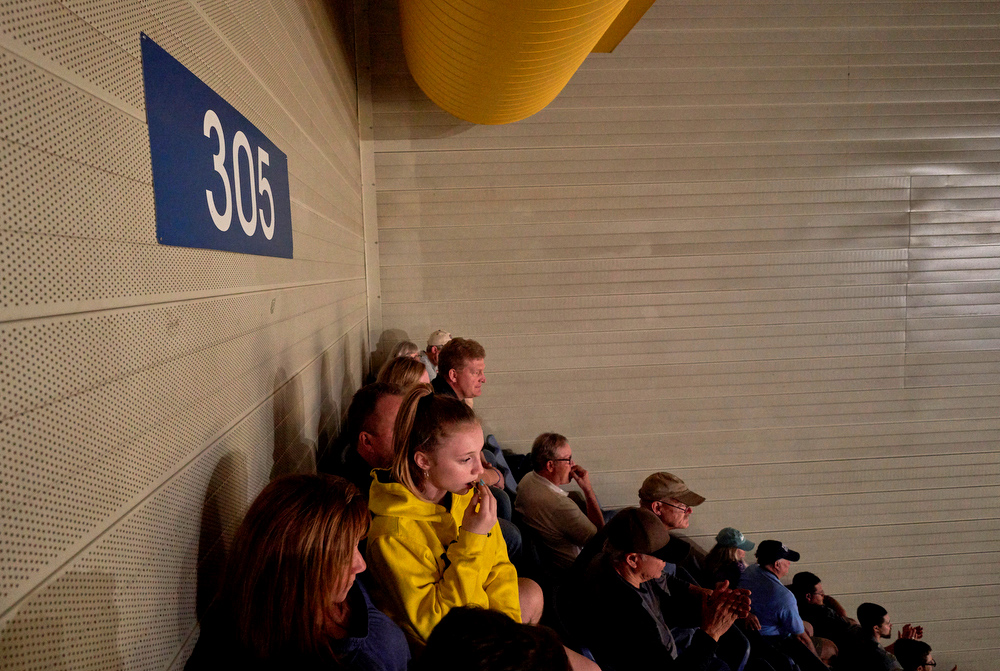 Michigan fans watch with worry from the top seats of the Alamodome. 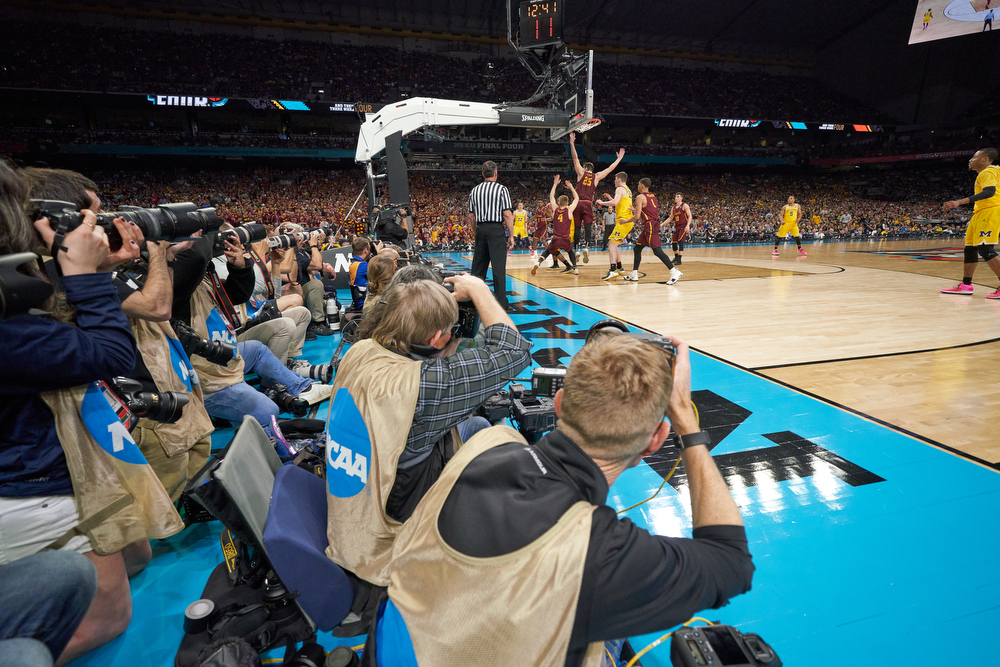 Photographers, lined up two rows deep on the baseline, shoot the Loyola-Chicago vs. Michigan game. 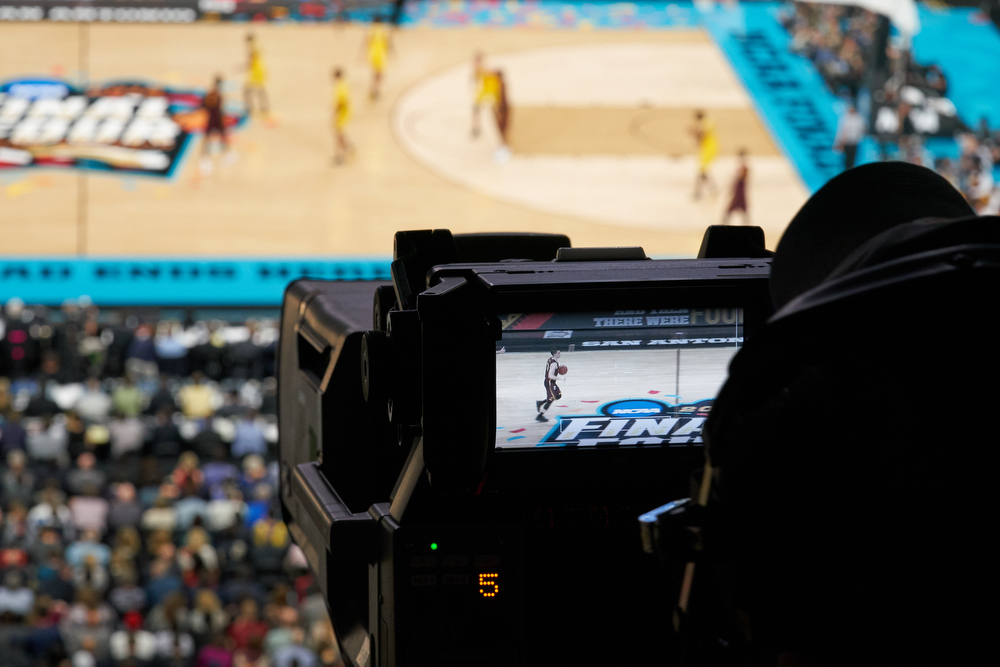 Television cameras capture action of the game from atop a platform on the mezzanine level at the Alamodome. 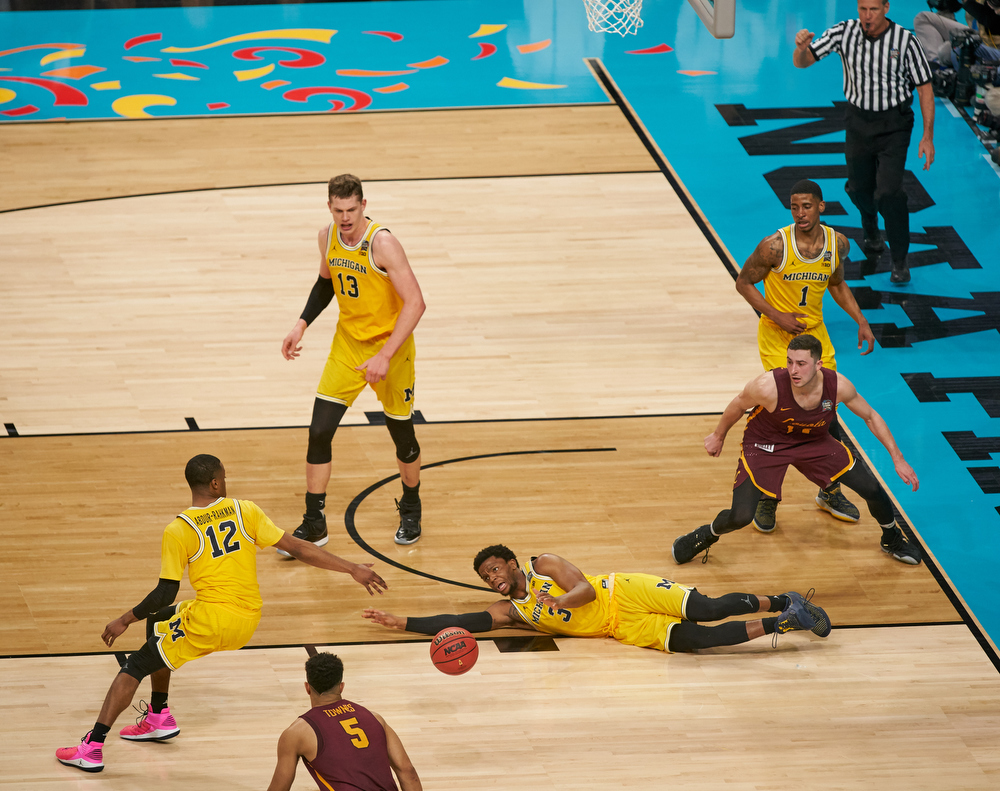 Michigan's Zavier Simpson scrambles on the floor for a loose ball. After falling behind by seven points at halftime, Michigan rallied to beat Loyola by 12. 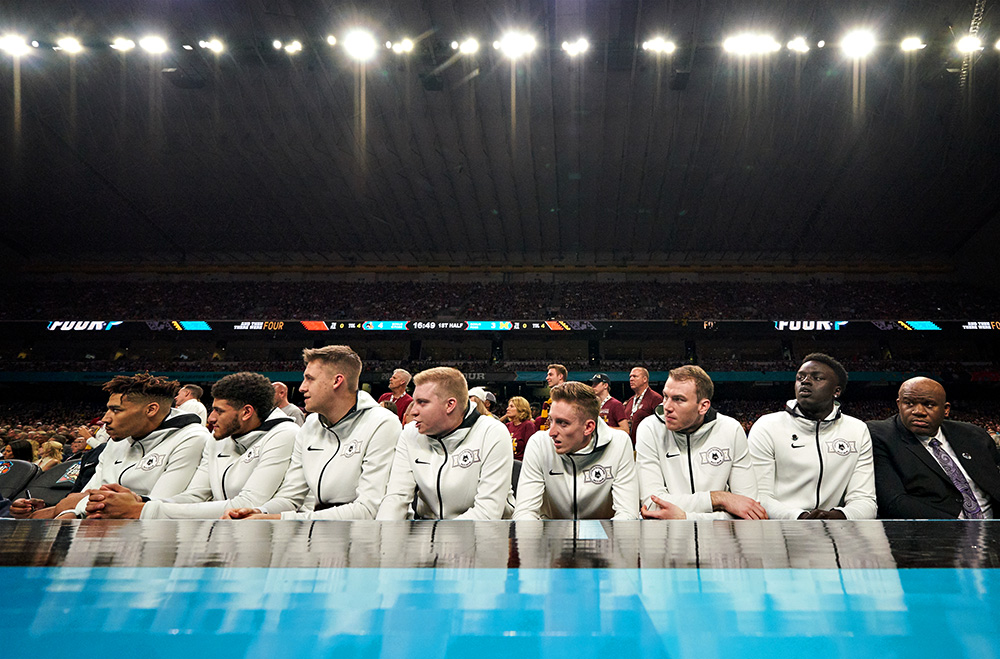 The Loyola-Chicago bench watches as the game slowly slips away from the Ramblers in the final minutes. 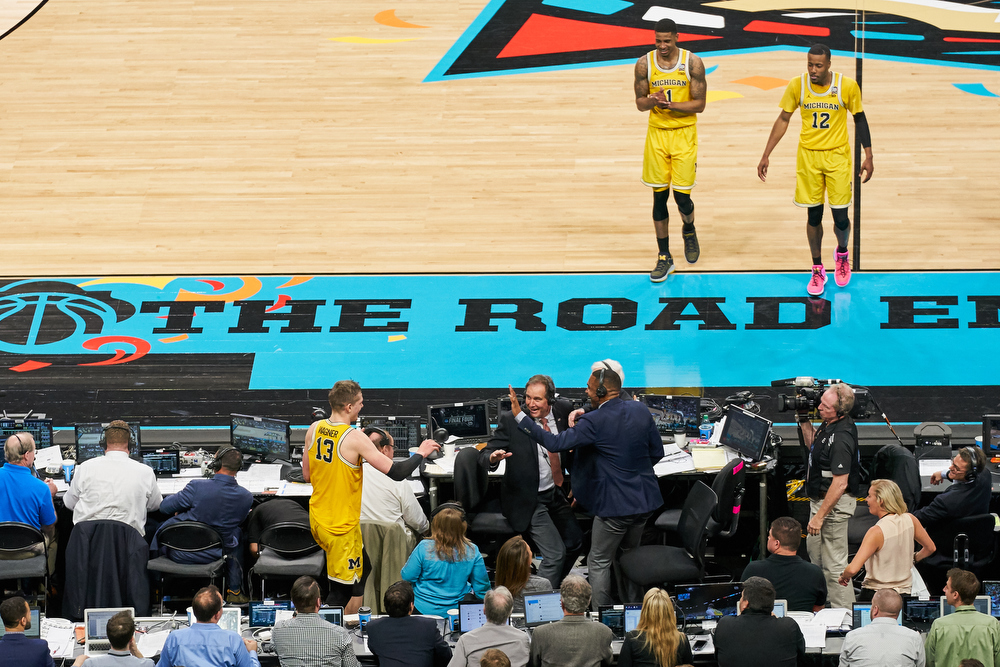 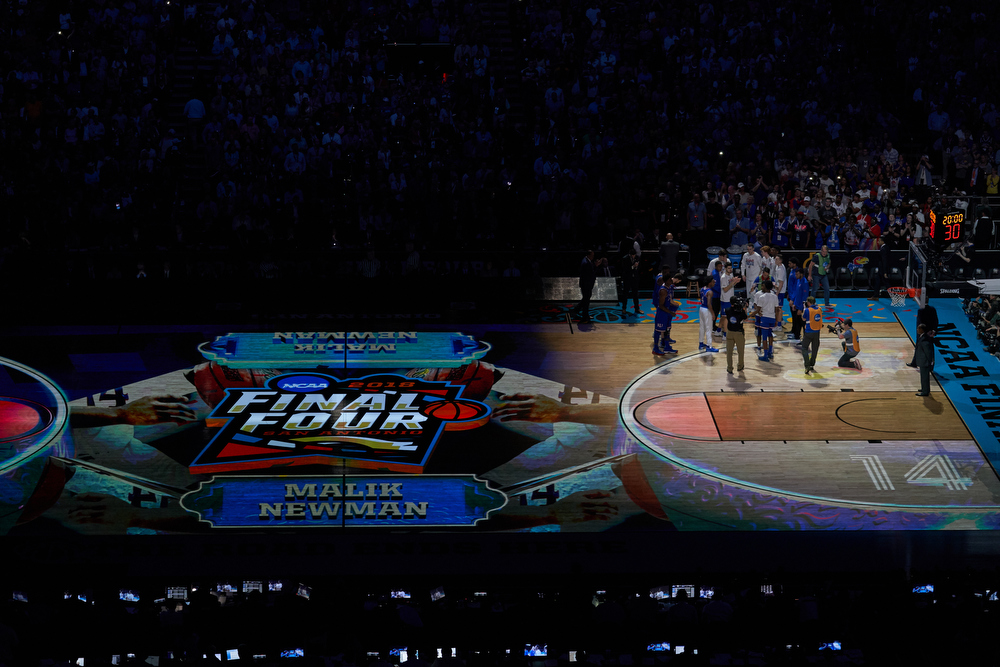 The Kansas team is introduced before their Final Four game against Villanova. 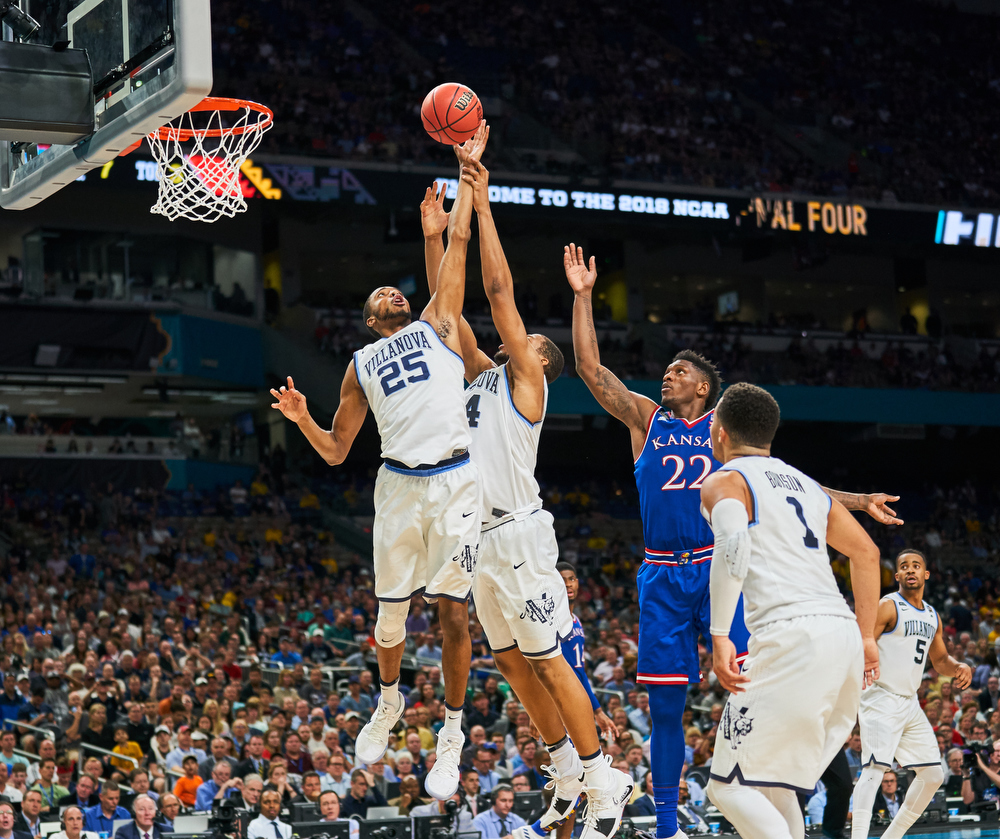 Villanova forward Mikal Bridges goes for a rebound against the Jayhawks. Bridges finished the game with 10 points and three rebounds. 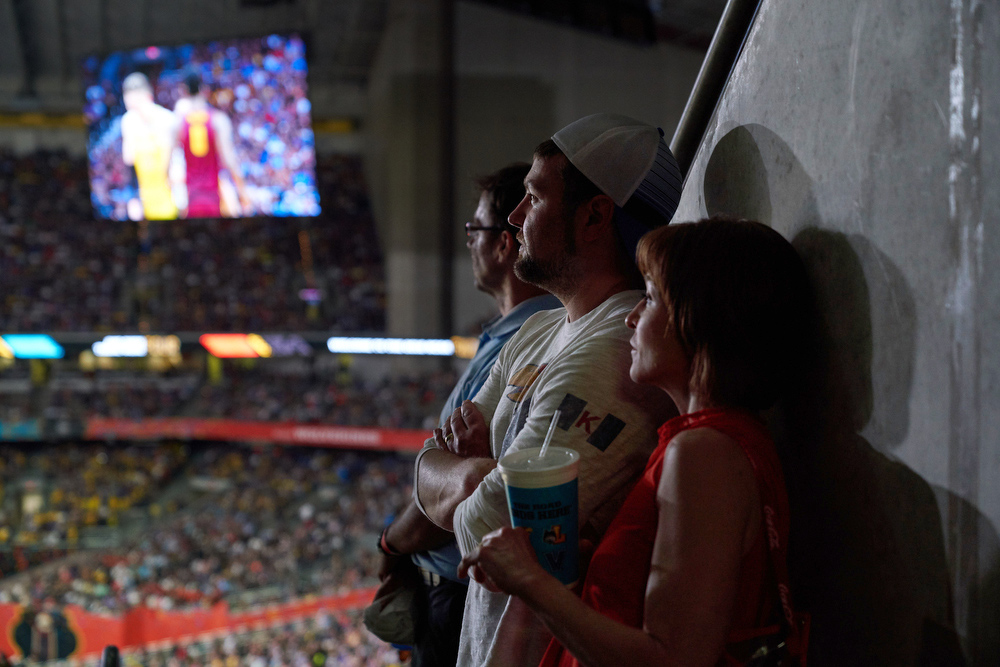 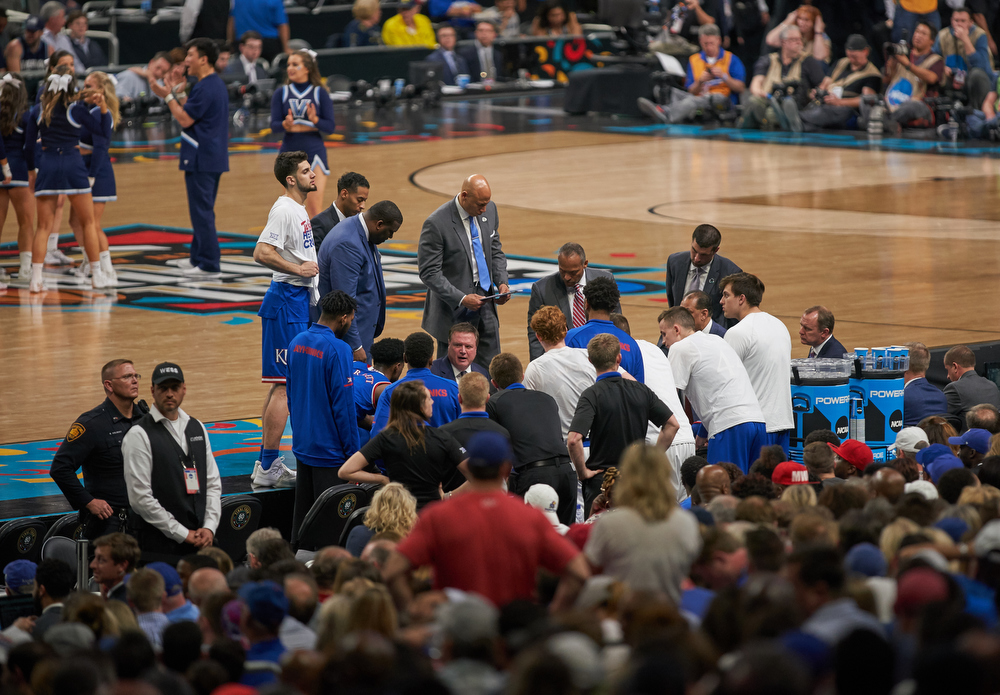 Kansas coach Bill Self huddles with his team during a timeout. The Jayhawks got off to a slow start and were never able to recover. 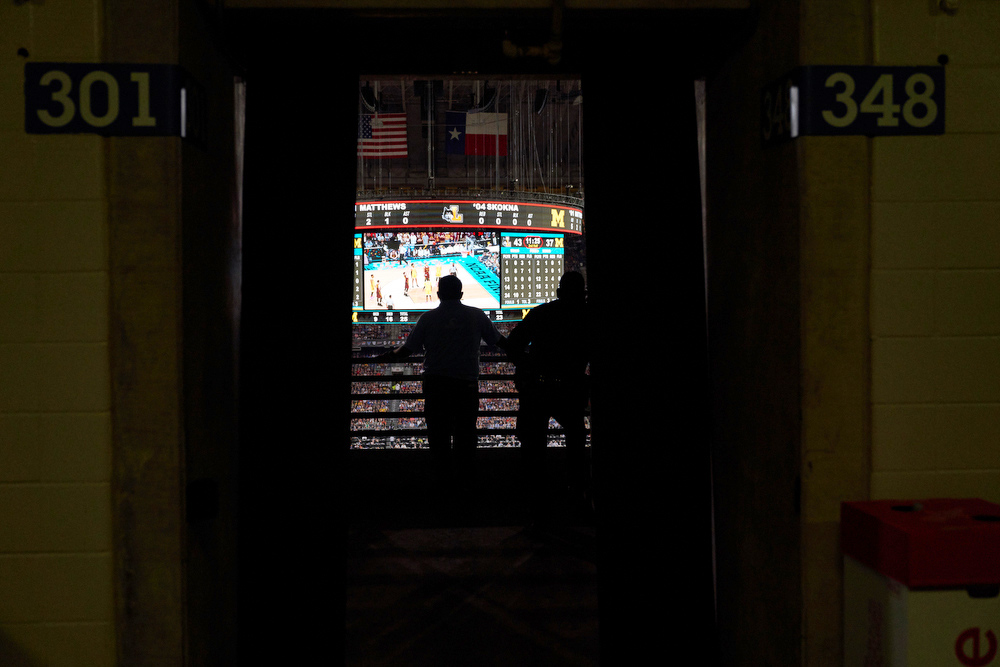 Fans watch from the entrance of Sections 301 and 348. After traveling from far and wide to attend these games, fans will take any viewing spot they can get. 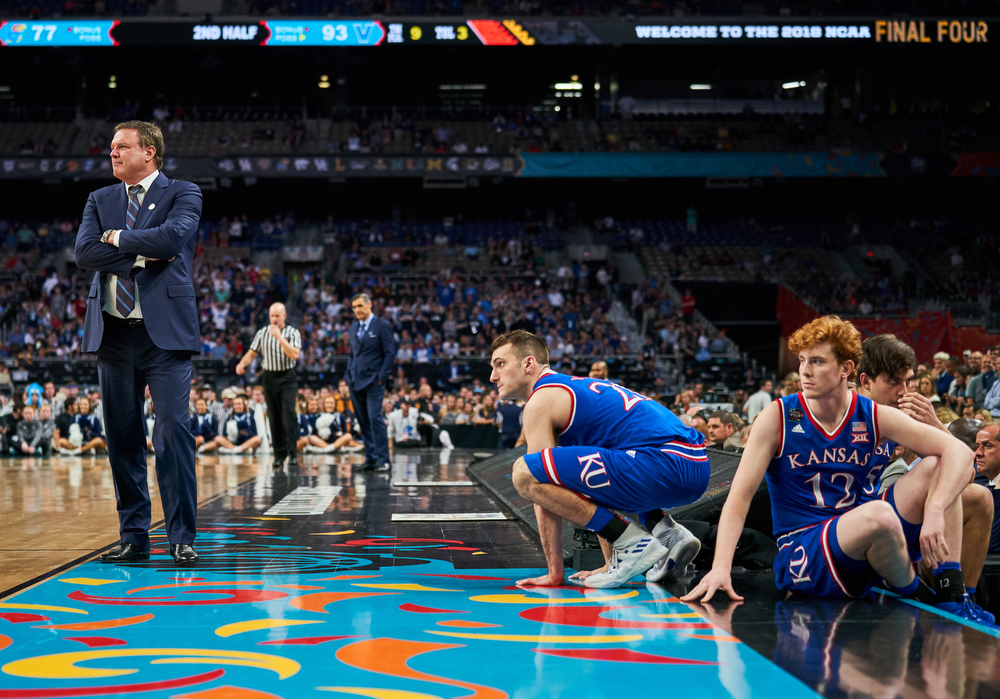 With little time remaining, Self watches on the sidelines as guards Clay Young and Chris Teahan wait to enter the game. 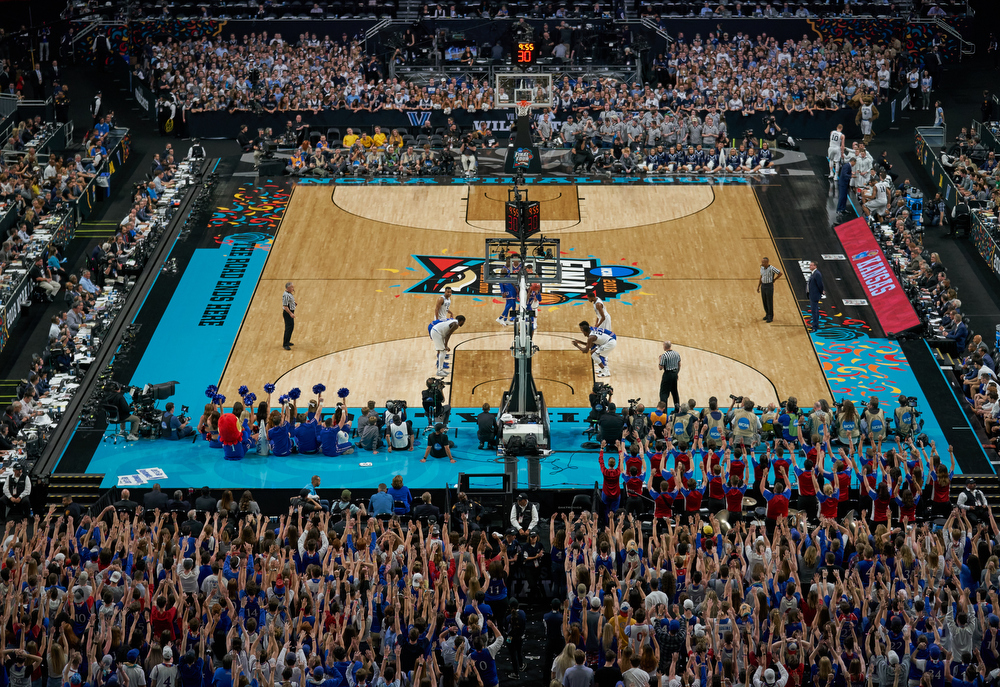 A Kansas player takes free throws during the second half against Villanova. 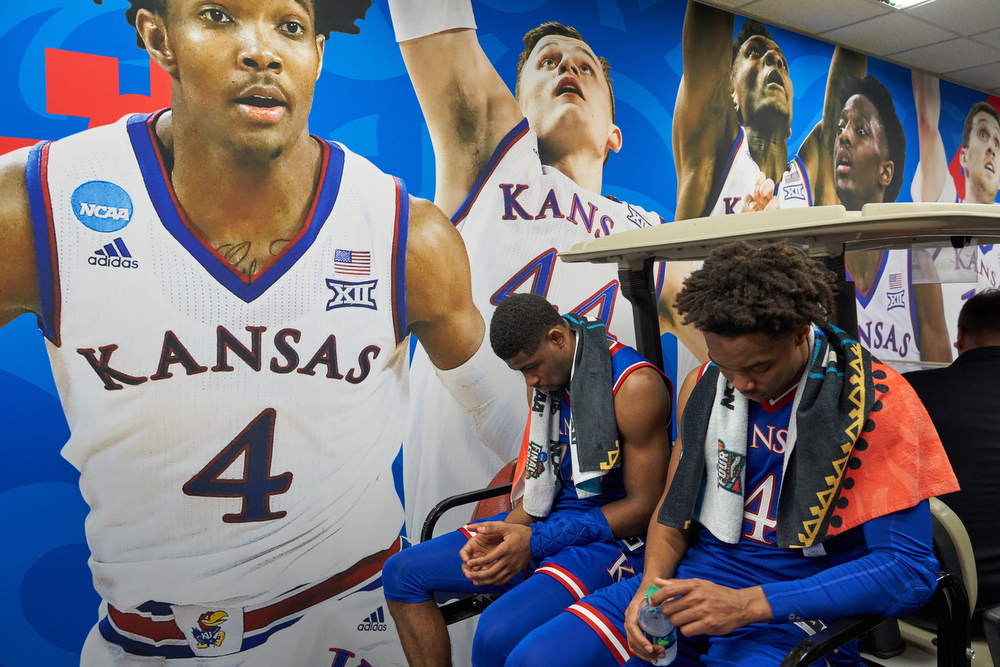 A dejected Devonte' Graham (right) sits next to a mural of himself outside the locker room after Kansas was defeated by Villanova. 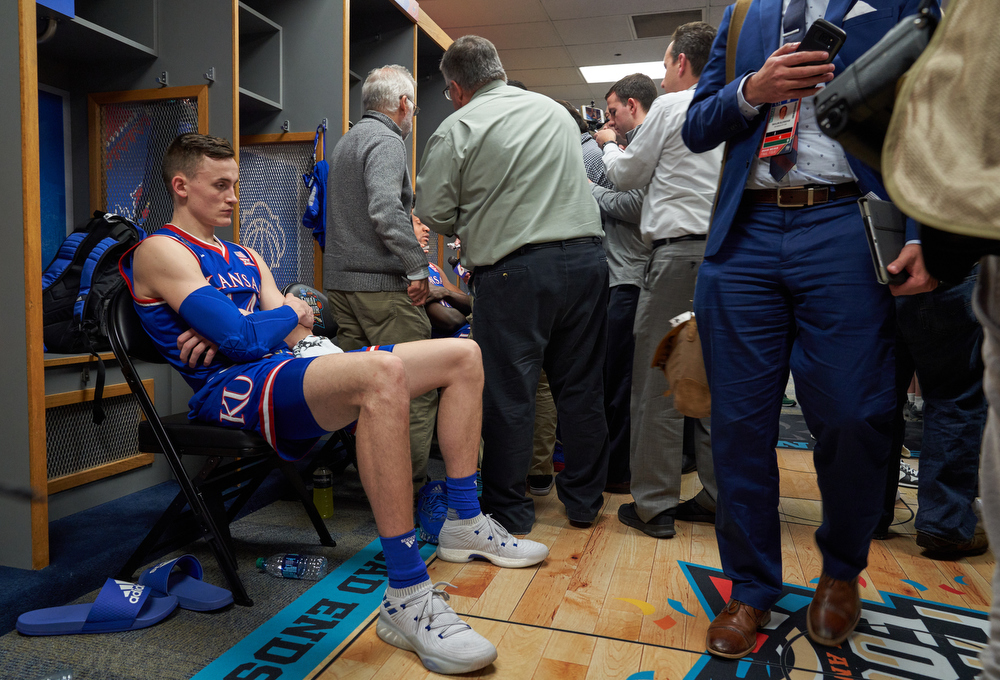 Kansas' Mitch Lightfoot sits in the locker room while members of the media interview Jayhawks players after the game. 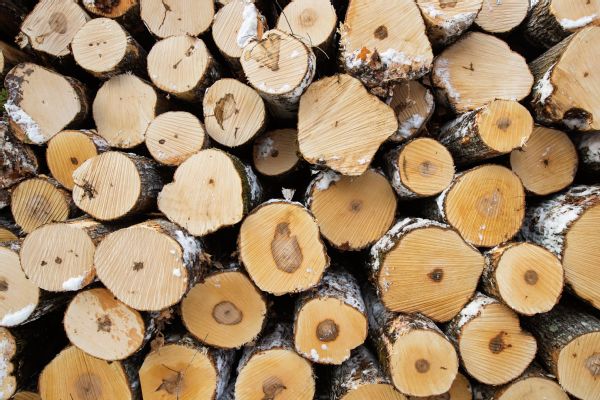 Follow the creation of the Final Four floor, from tree to game time. 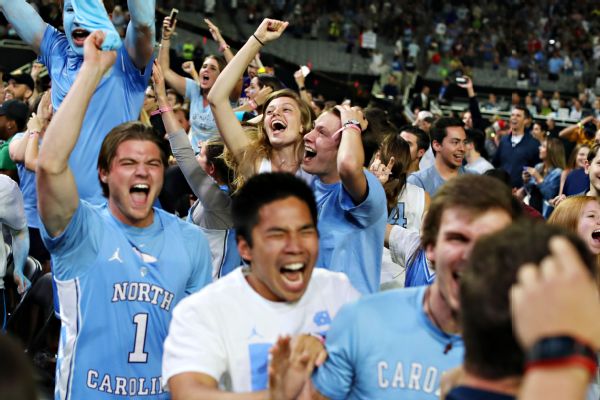 Ride the emotional roller coaster at the end of the NCAA tournament with players, coaches and fans. 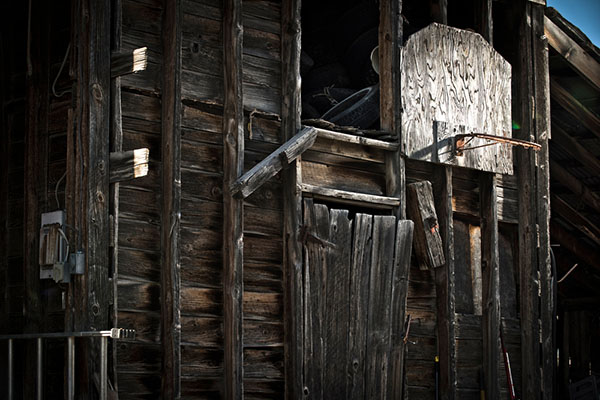 It's what you do and how you shoot when nobody is watching. 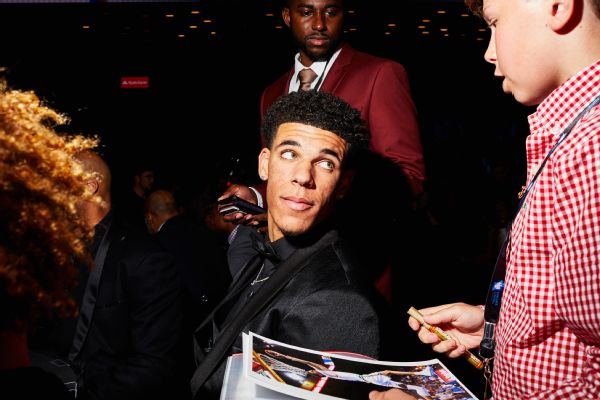 All the glitz that comes with the NBA spotlight.