SEATTLE -- Memorable competitive moments don't always involve the setting of records or the defeat of a rival. Dramatic and inspiring images of athletes spread across the city this week during the 2018 Special Olympics USA Games on the campus of the University of Washington. There were the typical moments of concentration before a race, exertion in the moment and joyful celebration in victory. But poignant examples of breakthroughs were provided by all of the 3,000 athletes. Just by being here, by entering this competitive arena, these athletes broke through barriers that many, at any level, could hardly imagine. 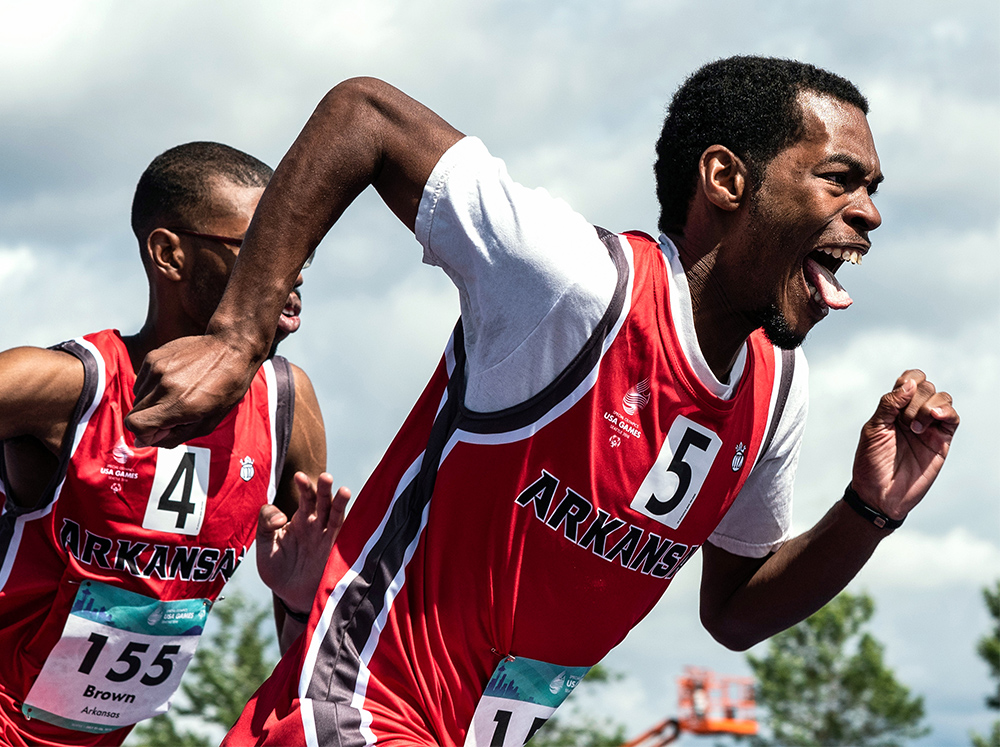 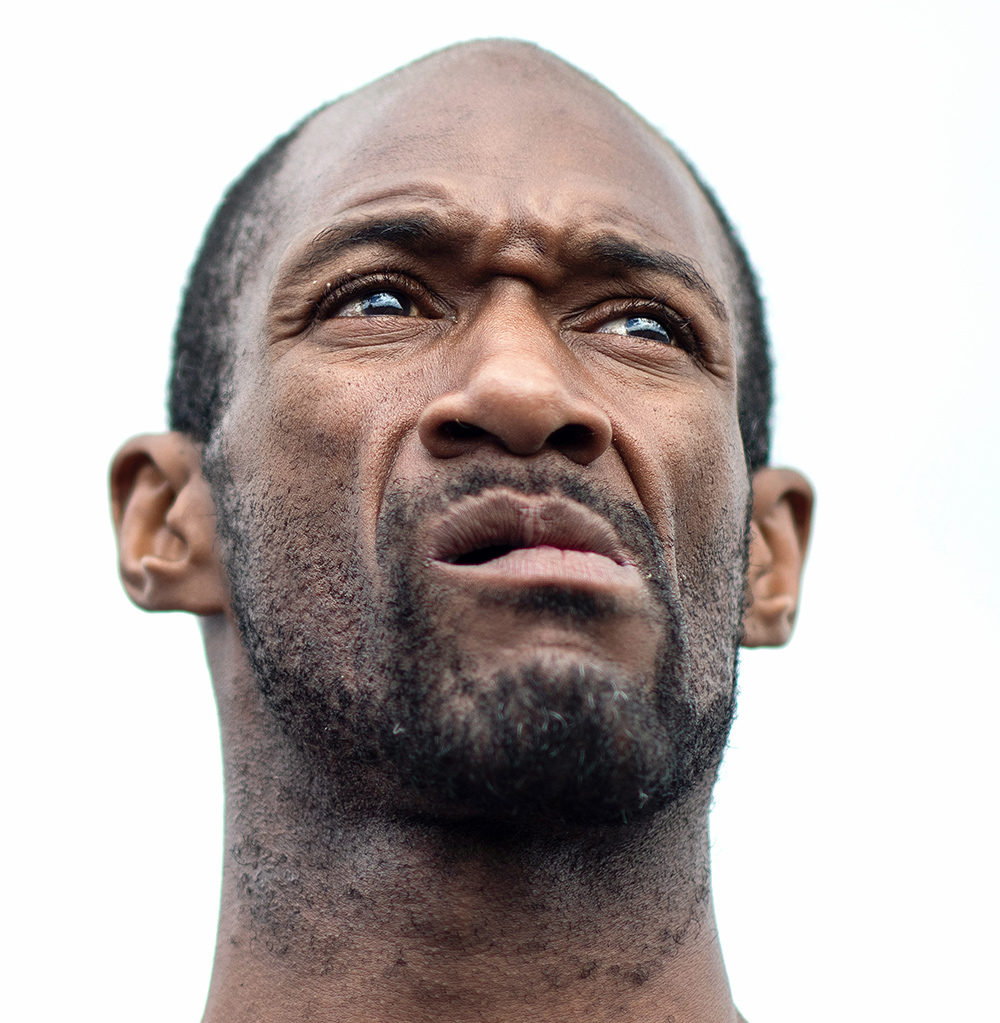 Kansas City's Byron Courtney focuses on competitors in an early heat of the men's 100-meter dash. Courtney, a Special Olympics veteran at 38, says he's most comfortable when competing on the track. 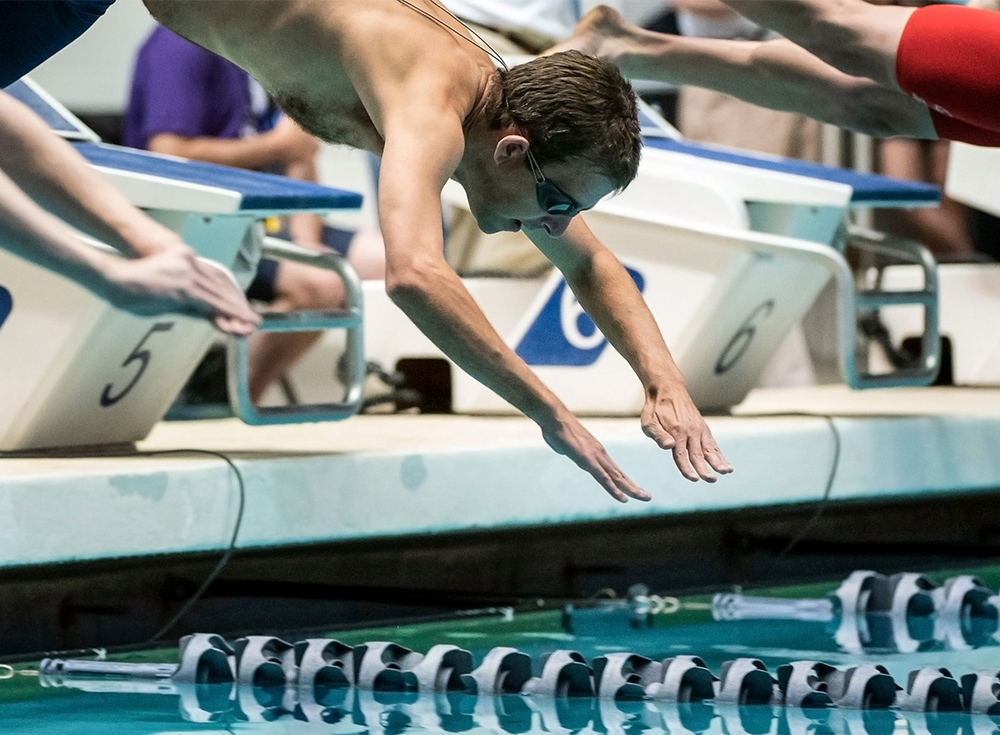 Nicholas Perry, of Homestead, Fla., knives into the pool for the 100-meter breastroke at the King County Aquatic Center in Federal Way. Perry is a former American Special Olympics record-holder. 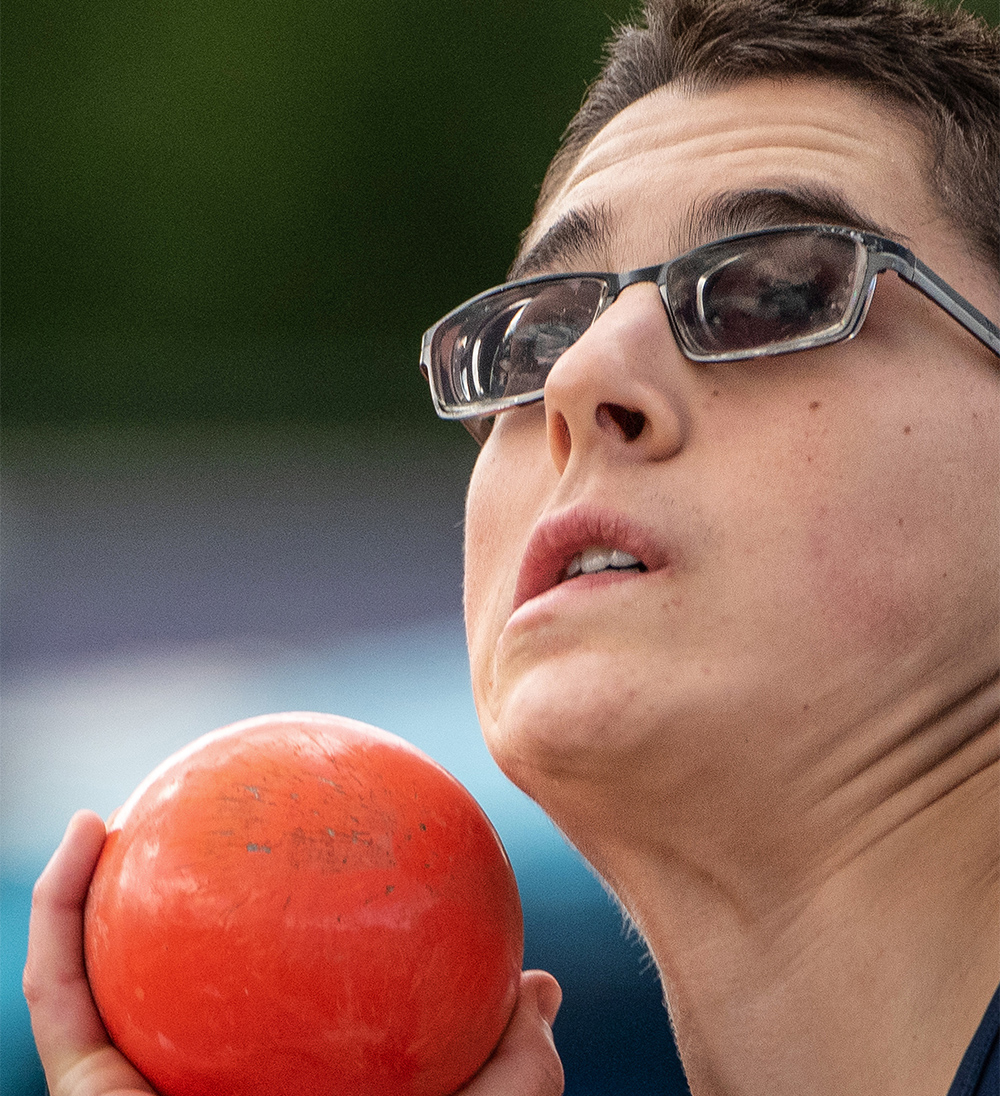 On his way to a pentathlon gold medal, Jarred Duran of Celina, Texas, puts the shot 22 feet at Husky Track. 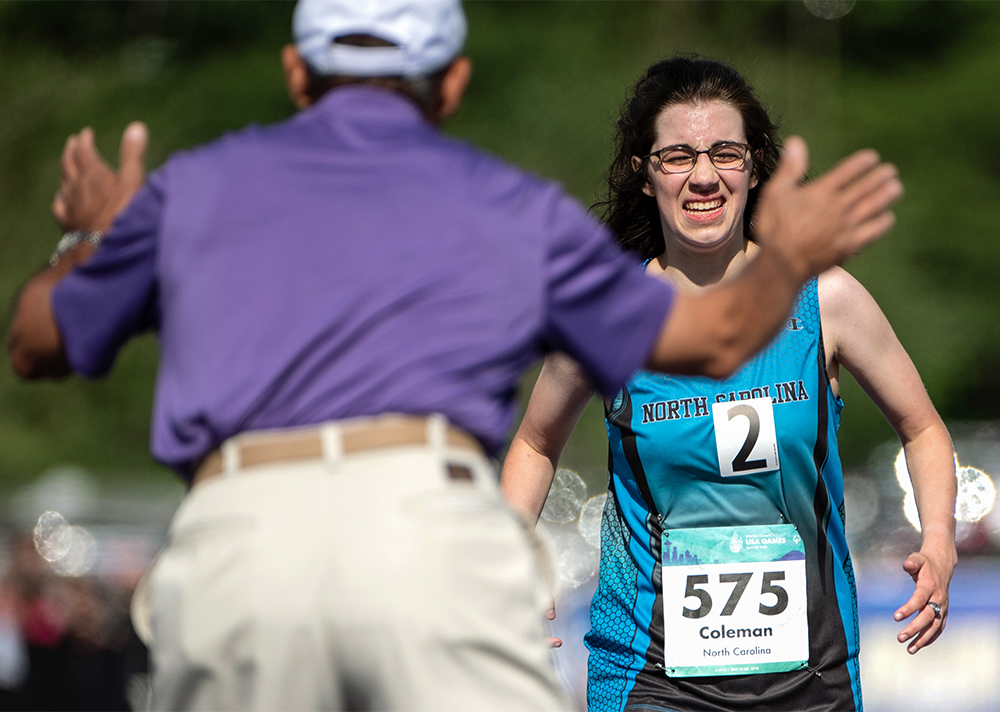 Anna Coleman powers through the finish line to take second in the 5,000-meter run. Coleman also represents her North Carolina team in the 3,000 and 1,500 races. She celebrates her 22nd birthday in Seattle this week. 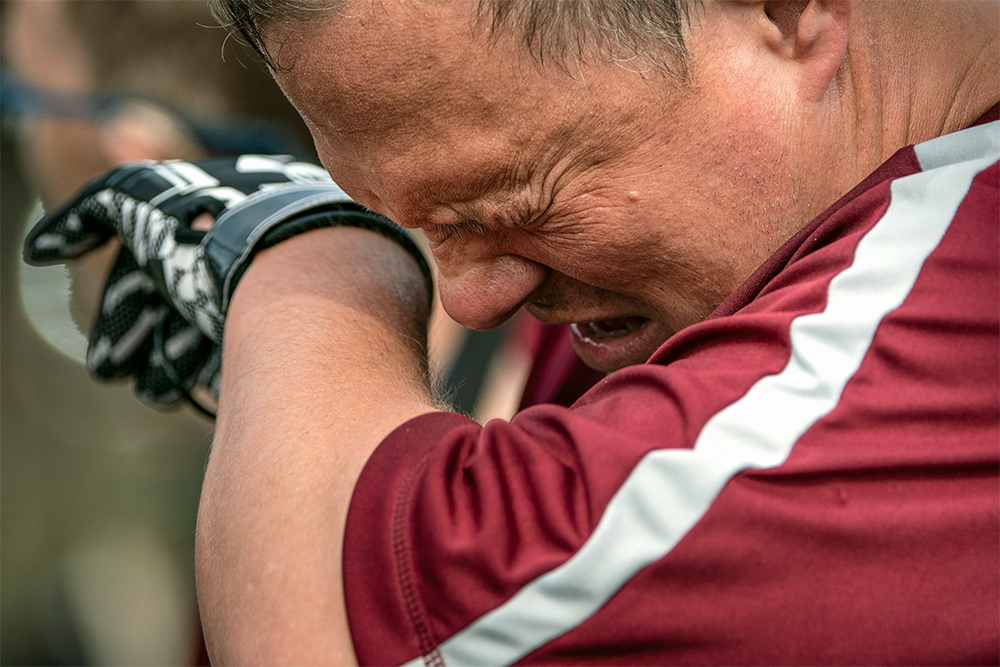 David Sexton of Bowling Green, Kentucky, feels the pain of a twisted ankle in the flag football game against Iowa. A versatile multi-sport competitor, the 43-year-old Sexton has been involved in Special Olympics for 16 years. 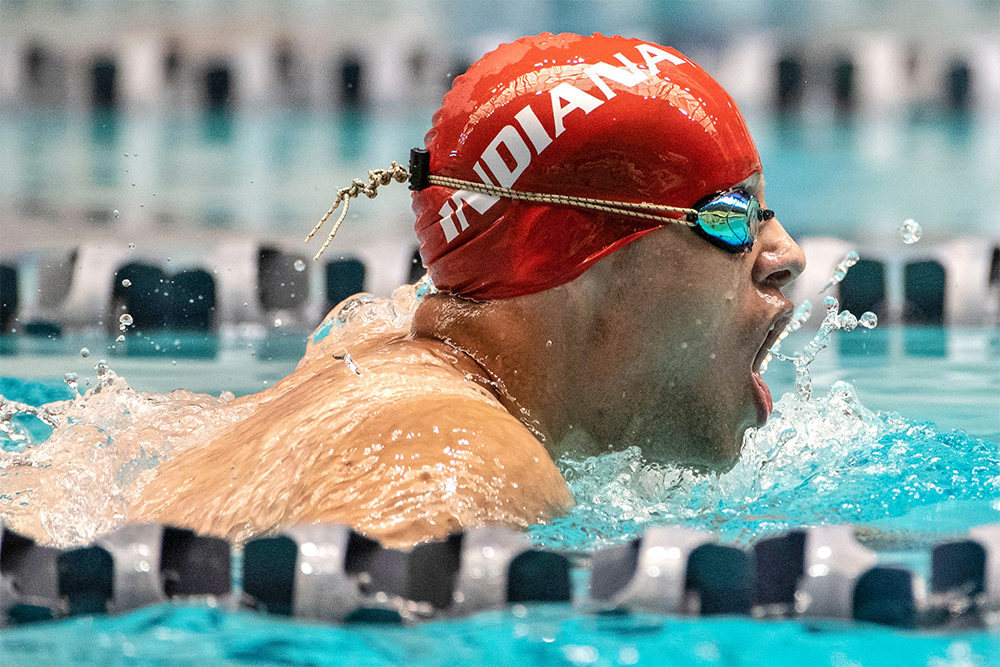 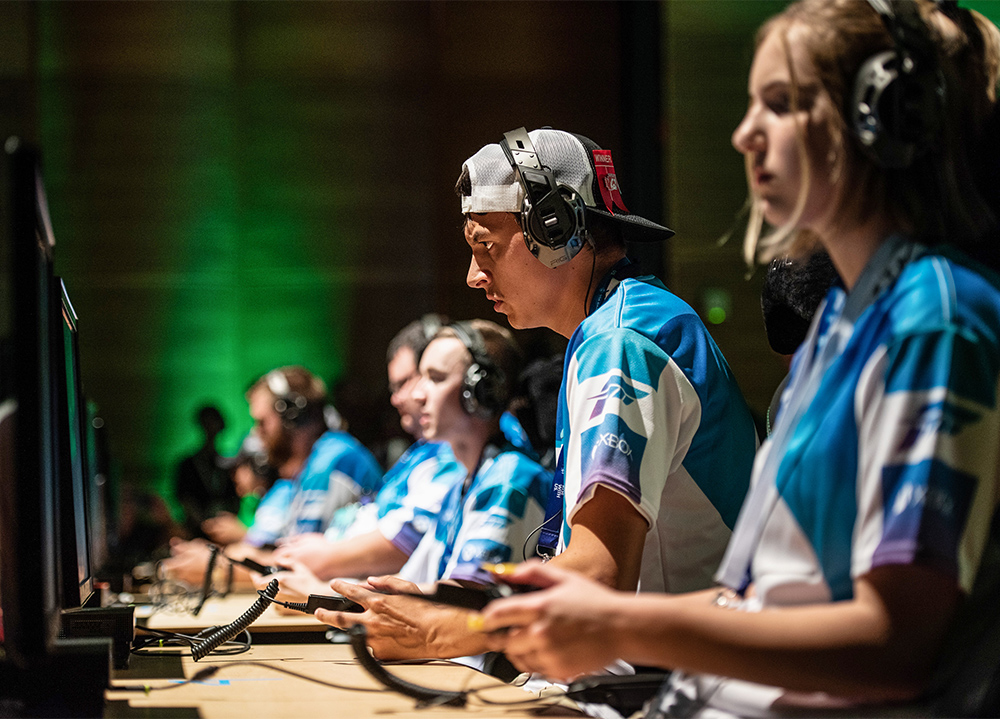 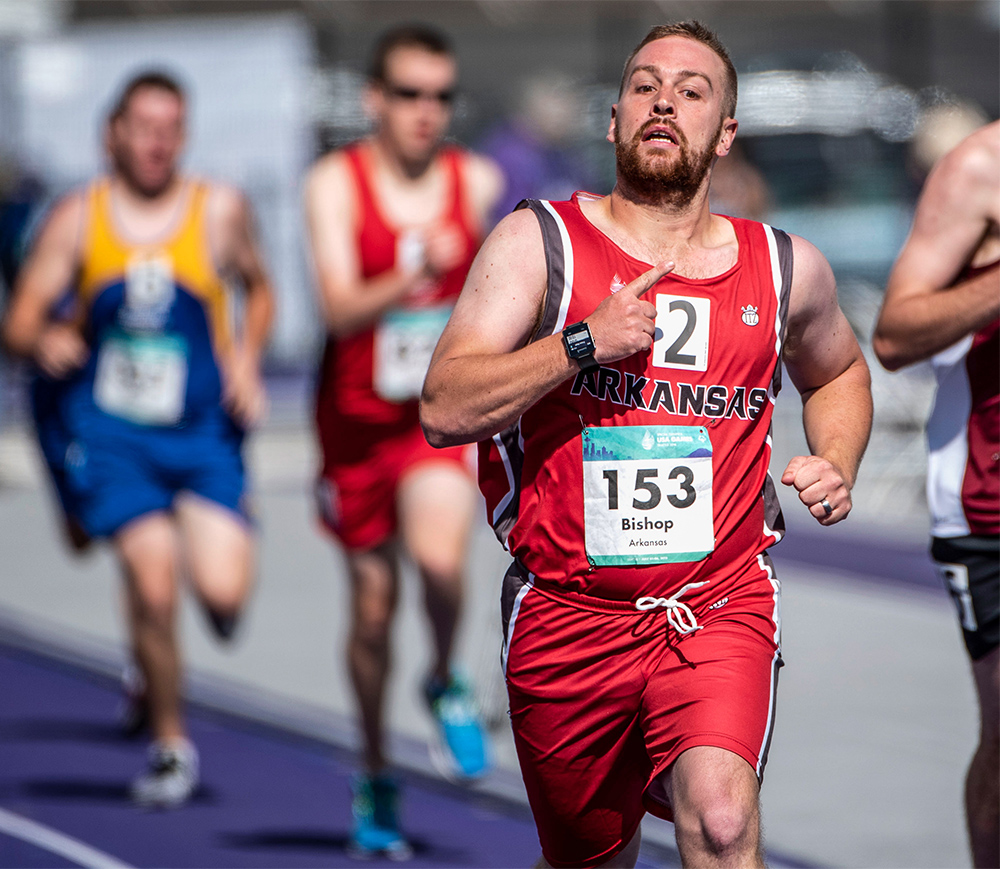 Tyler Bishop runs in the first lap of the men's 5,000 meters. From Batesville, Ark., Bishop runs marathons with his father, Brenden. 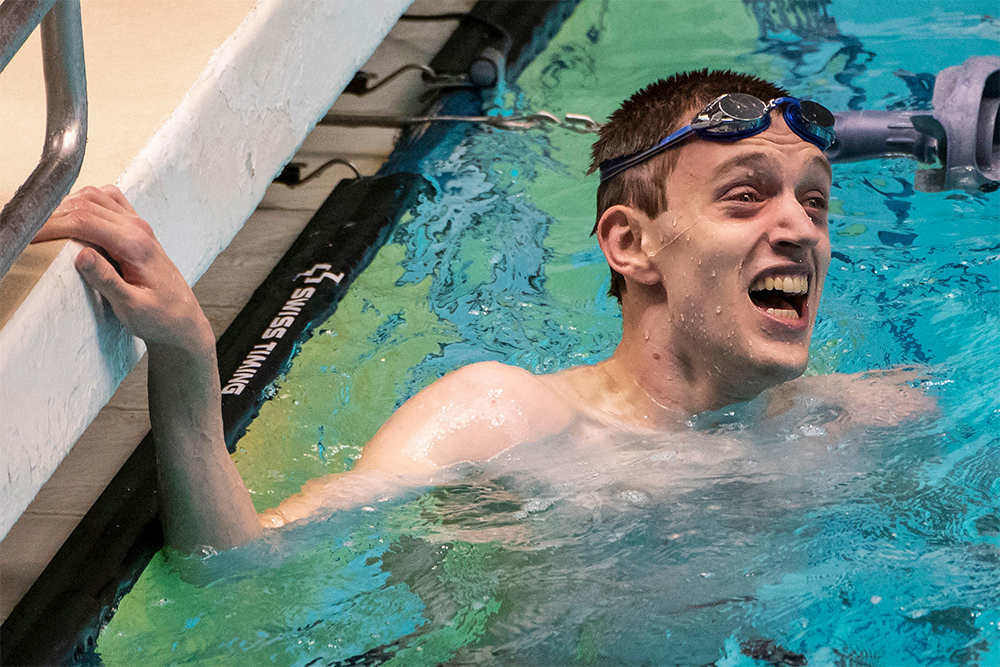 North Carolina's Bryan Henry won his 200-meter individual medley swim. A 25-year-old from Wake County, the trip to Seattle was his first flight on an airplane. 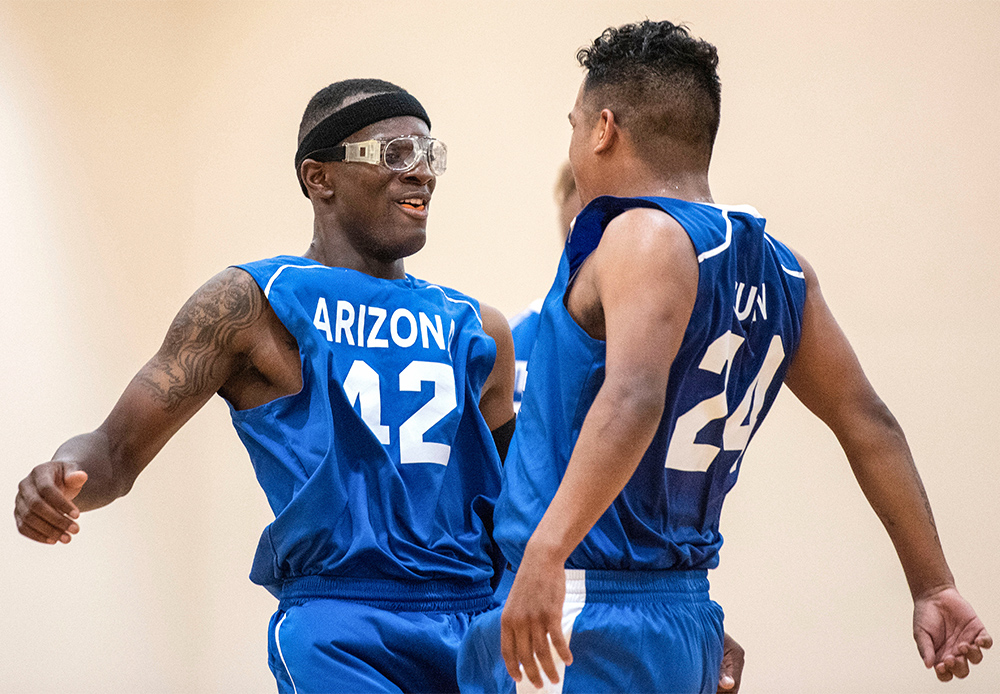 David Williams (42) chest-bumps teammate Marino Cuen in an overtime win over Missouri in basketball pool play. Williams already has qualified to compete in the Special Olympics World Games in 2019 in Abu Dhabi. 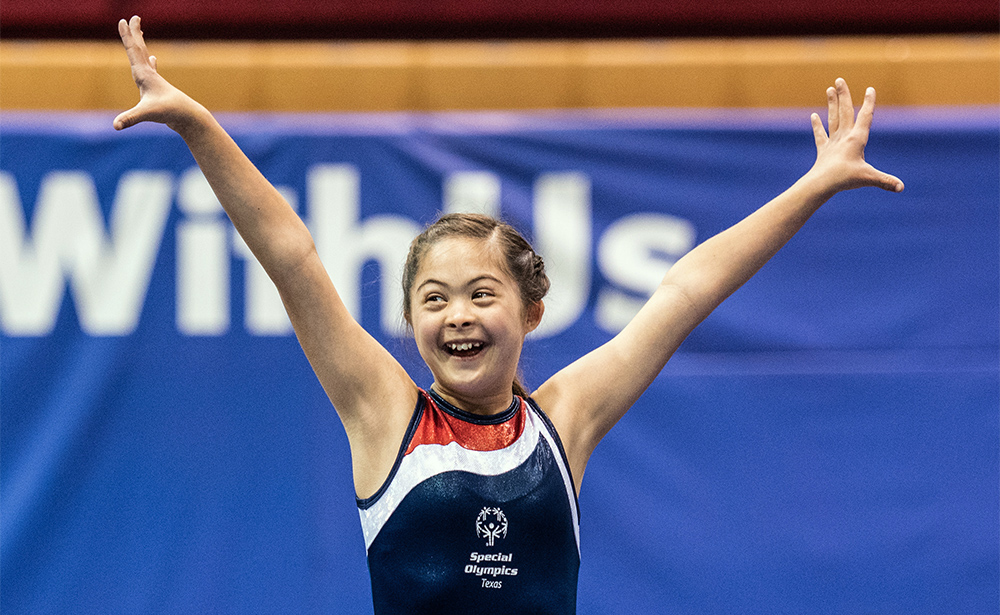 Sabine Collins of Austin, Texas, celebrates in her Level 1 balance beam competition at Seattle Pacific University. Collins, 13, has been a part of Special Olympics since 2016. She's also a talented swimmer. 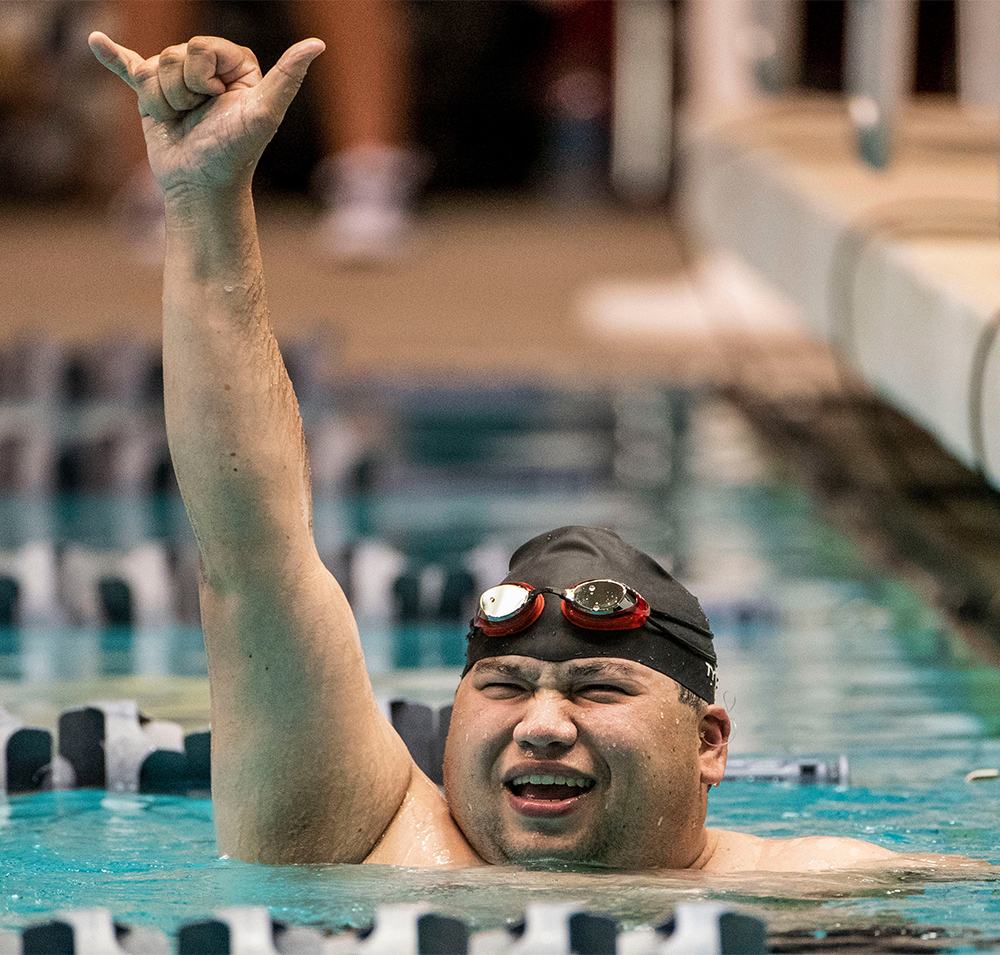 Maryland's Neil Young accepts cheers from the crowd after winning his heat of the 200-meter individual medley at King County Aquatic Center in Federal Way. Young, 35, competes in five individual and relay events. 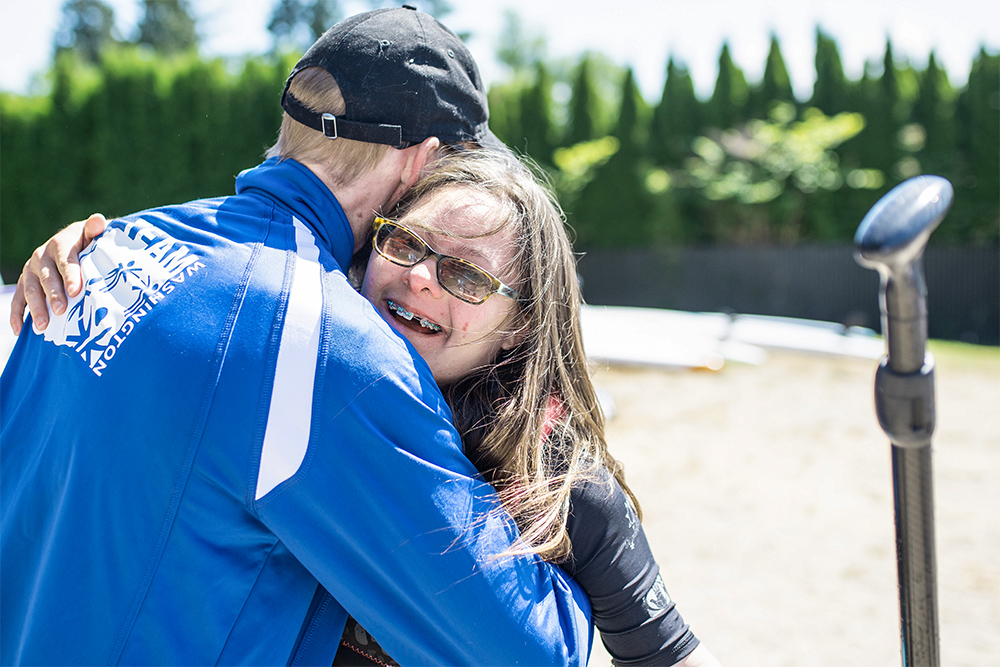 Devon Adelman, 21, celebrates her victory in the Level 4 stand-up paddleboard even at Angle Lake by hugging her father, Sean Adelman. Devon gave the keynote speech to the United Nations on World Down Syndrome Day three years ago. 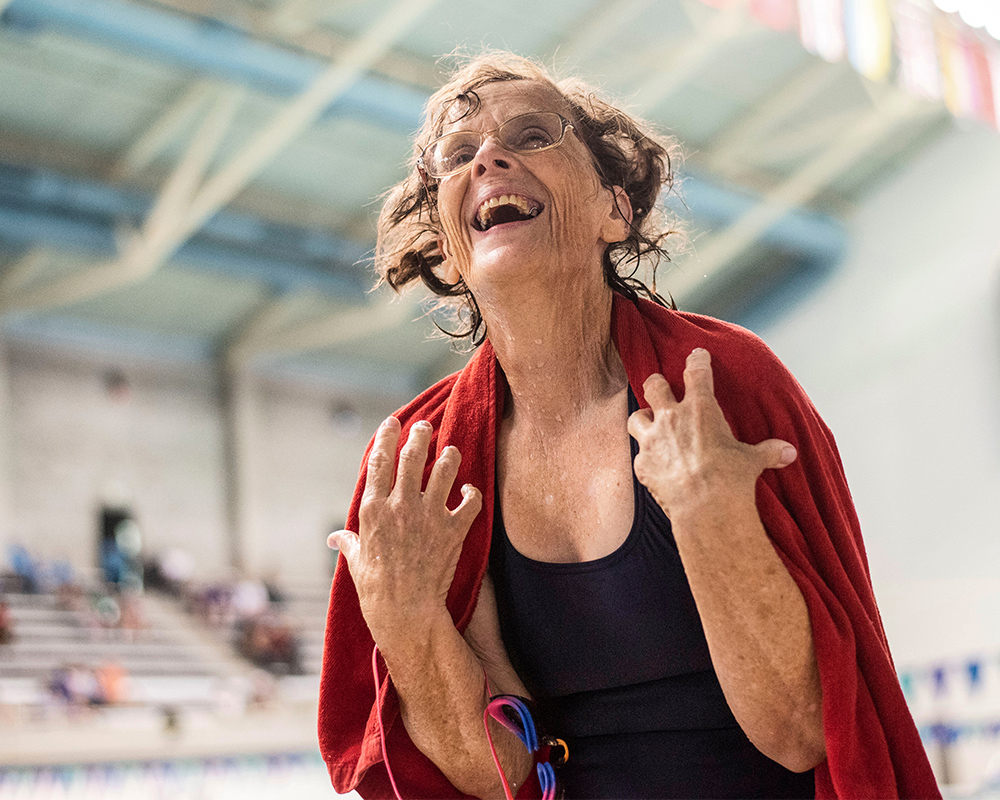 Kathleen Richards of Fresno, Calif., has been competing in Special Olympics events for more than 40 years. She celebrates winning her heat of the 100-meter breaststroke. 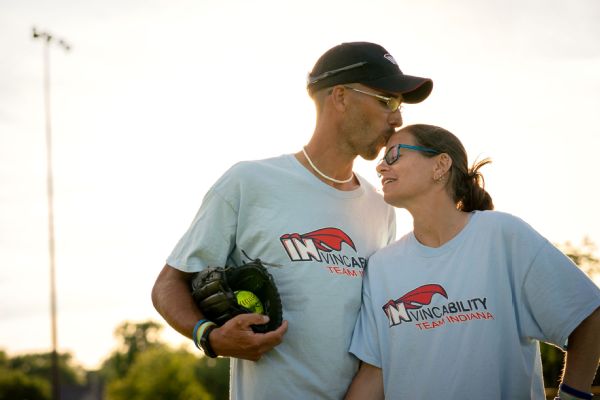 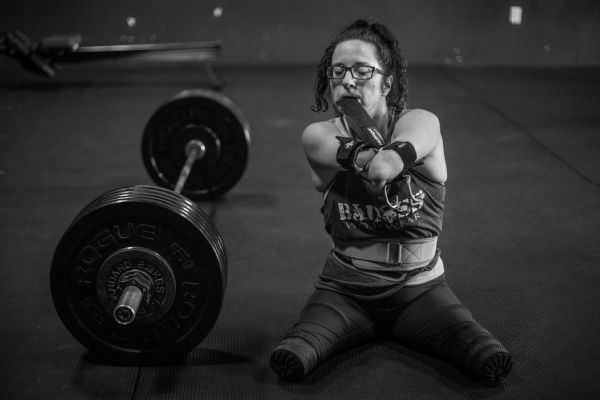 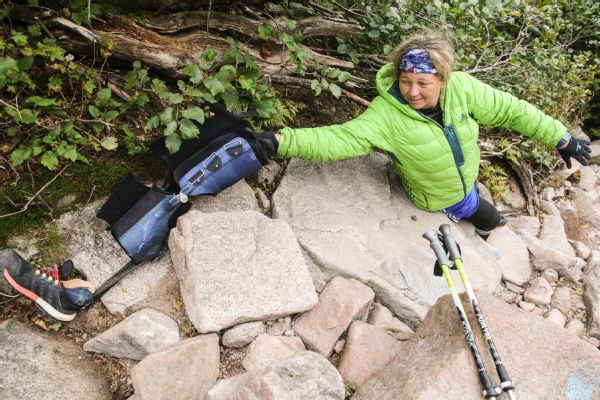