So, how in the world did Dillashaw, the UFC's 135-pound bantamweight champion, safely cut 29 pounds in the past 12 weeks for his flyweight title fight on Saturday? The answers lie in his work ethic and a complicated algorithm designed by his strength and conditioning coach Sam Calavitta.

"It makes sure to stay within the bounds of safety, so as not to allow the body to go into siege mode -- a state of withholding that is basically a never-ending circle you can't get out of," says Calavitta, a former aerospace engineer. "That's where guys end up killing themselves."

ESPN went behind the scenes with Dillashaw, 32 -- from his home in Orange County to Calavitta's Treigning Lab to Brooklyn -- to get a real look at his cut to 125 pounds. 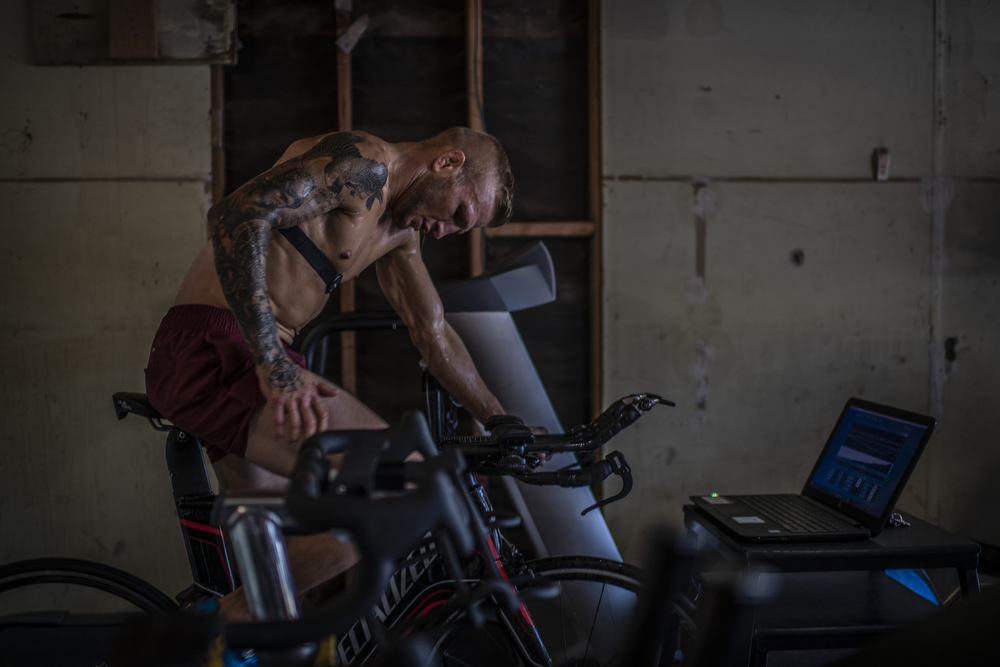 TJ Dillashaw has a long way to go in order to hit the scale at 125 pounds, and riding the stationary bike at the Yorba Linda, California, home of his strength and conditioning coach Sam Calavitta keeps him moving in the right direction. 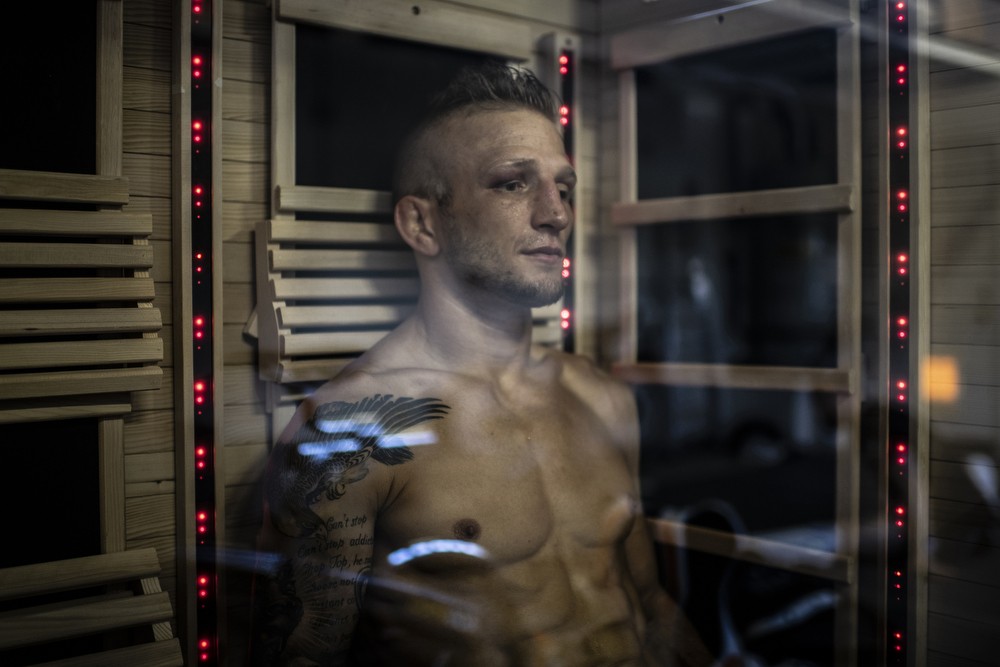 Dillashaw sits inside an infrared sauna in the garage of his home. It is Dec. 29, three weeks from fight night, and he weighs 139 pounds with 8 percent body fat. 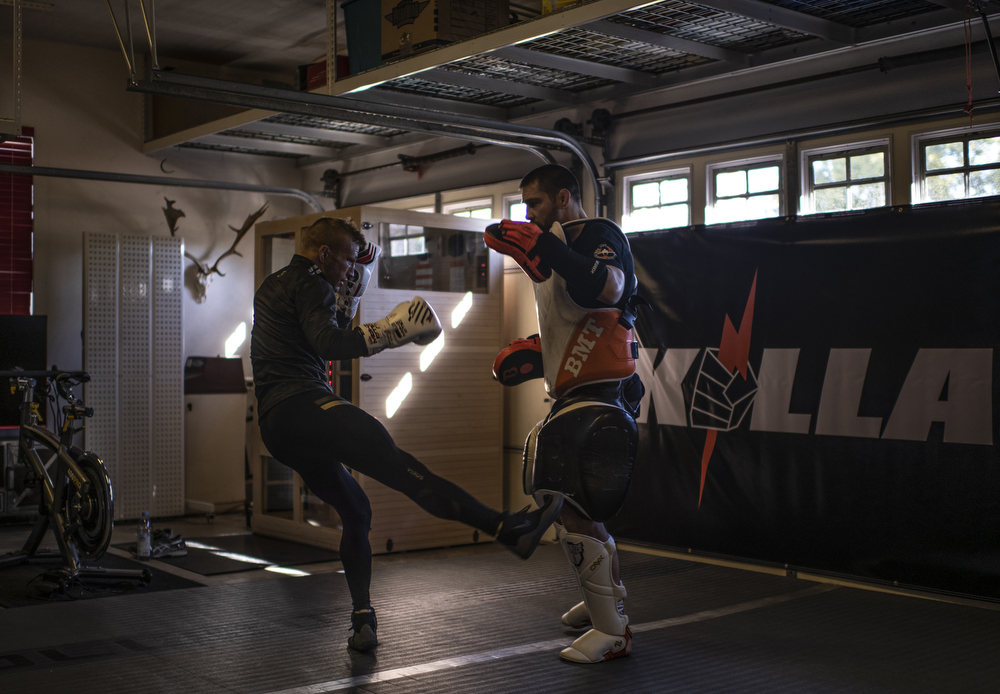 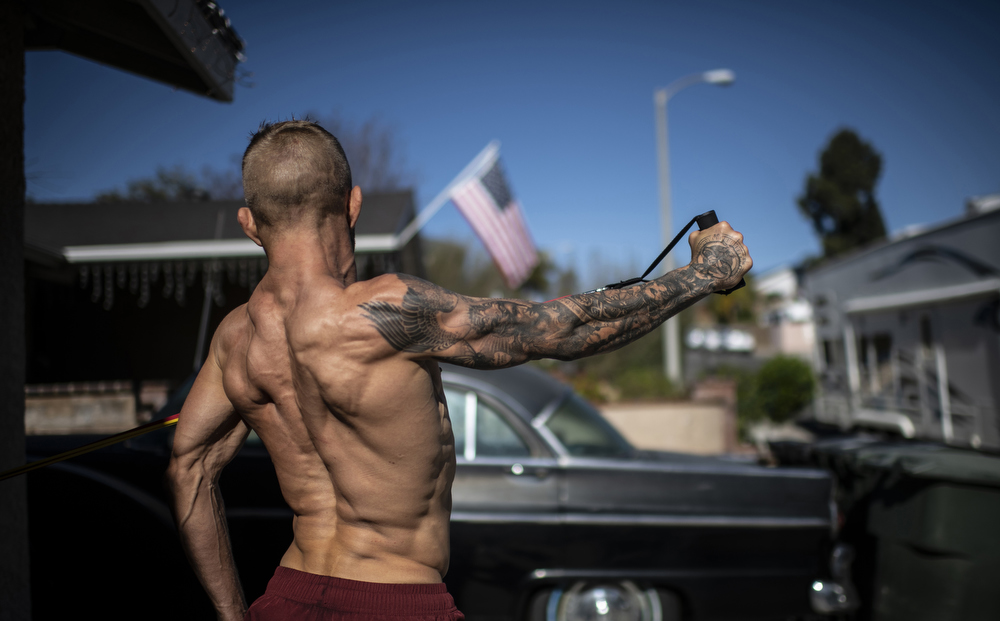 Dillashaw trains with resistance bands outside of his coach's garage. 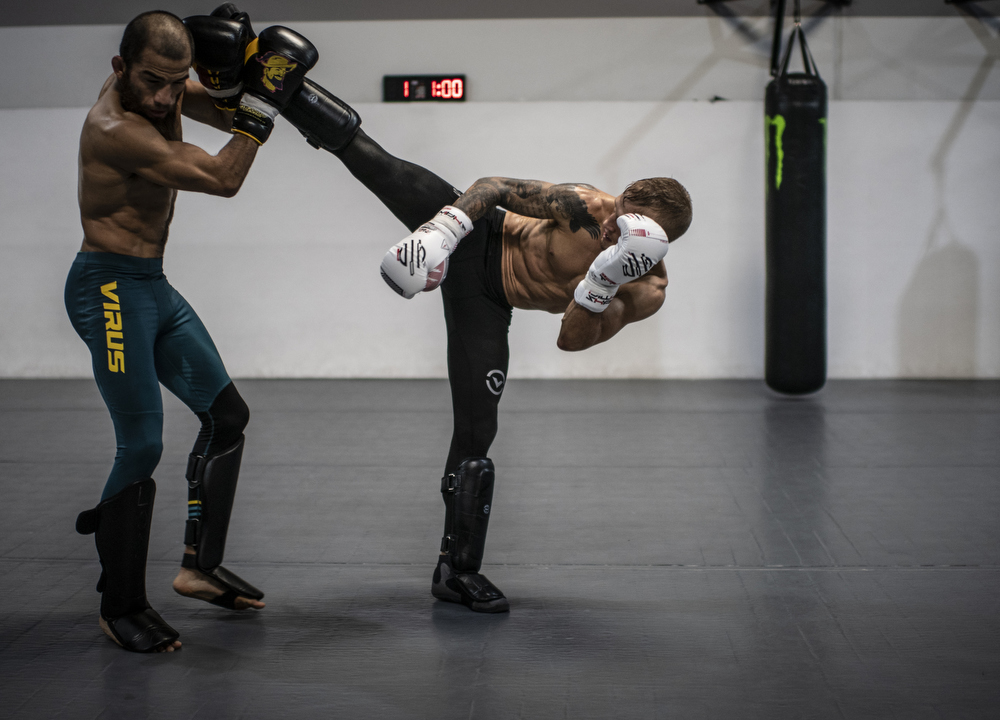 In a Huntington Beach, California, gym, sparring partner Juan Archuleta and Dillashaw work on their kickboxing. 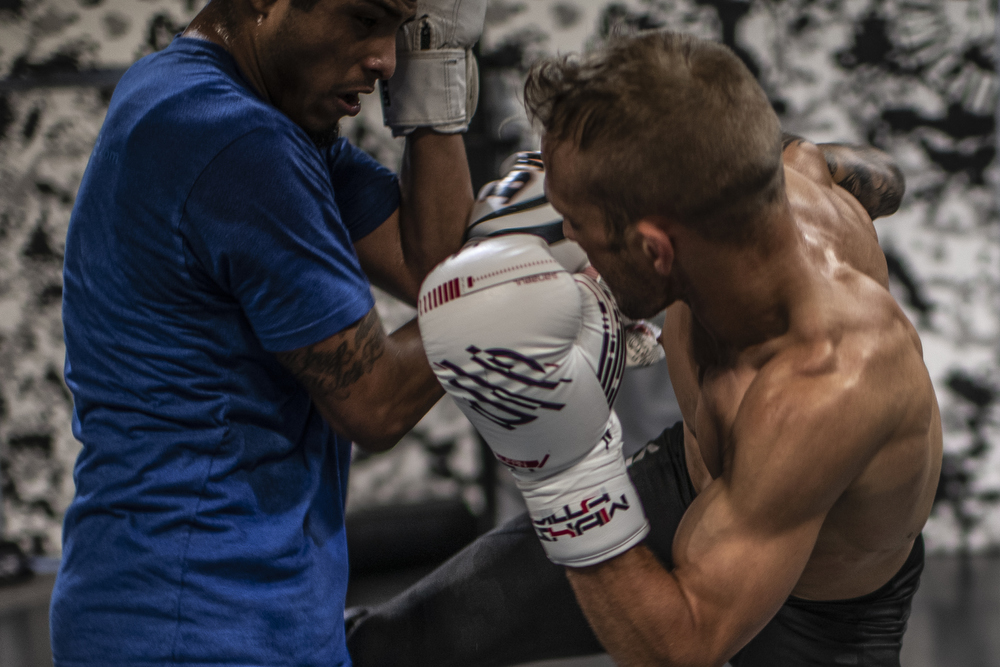 On Jan. 4, Dillashaw is down to 138 pounds, still 13 pounds away from his target weight. 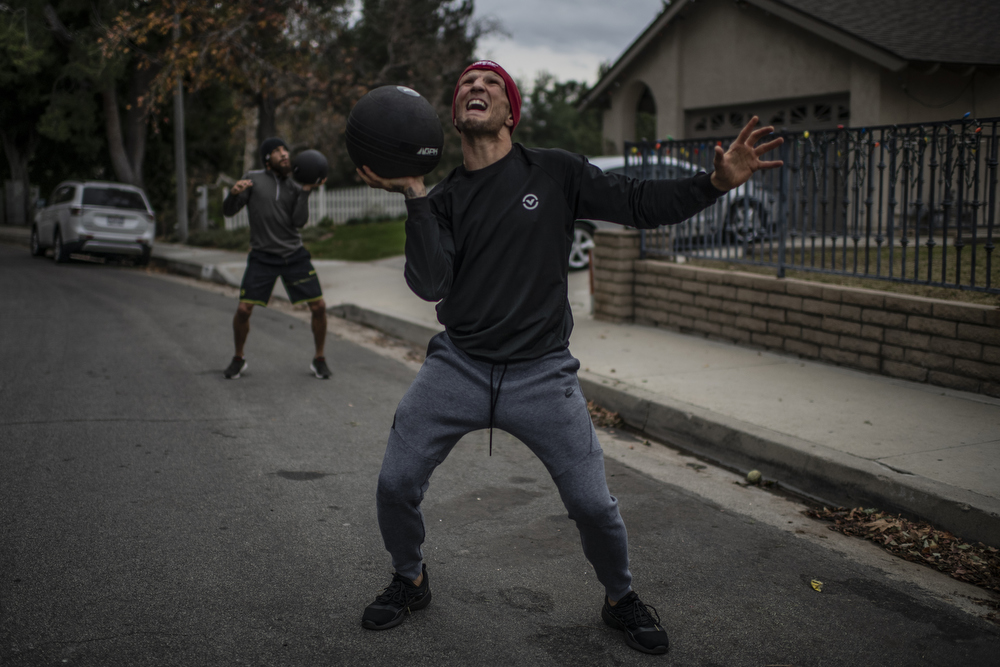 Dillashaw does some strength training with a medicine ball outside of his coaches home on Jan. 5. 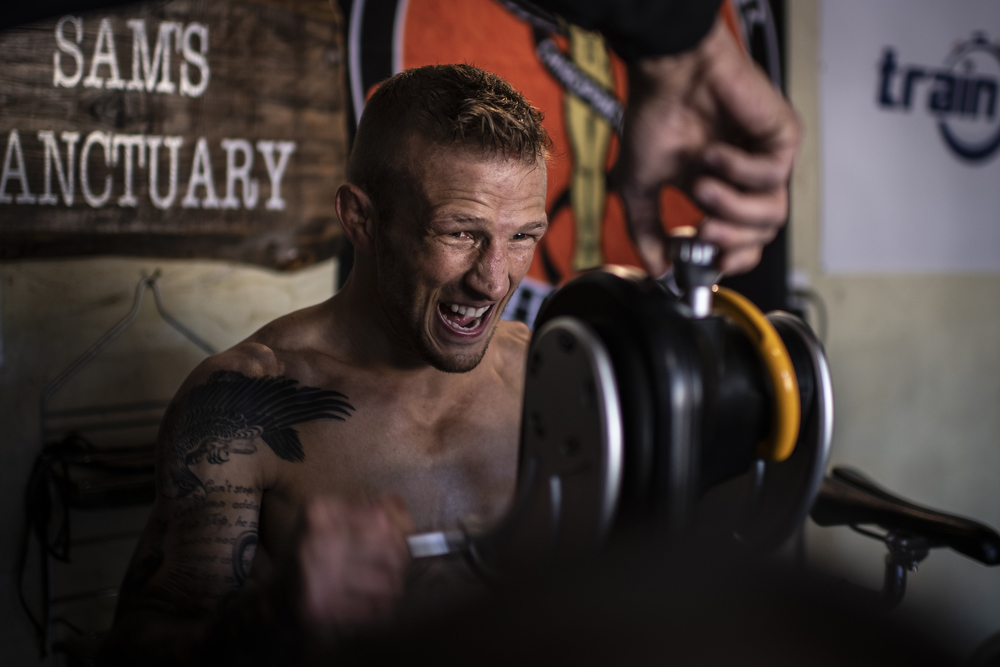 Dillashaw trains on a hand ergometer while his strength and conditioning coach Calavitta increases difficulty. 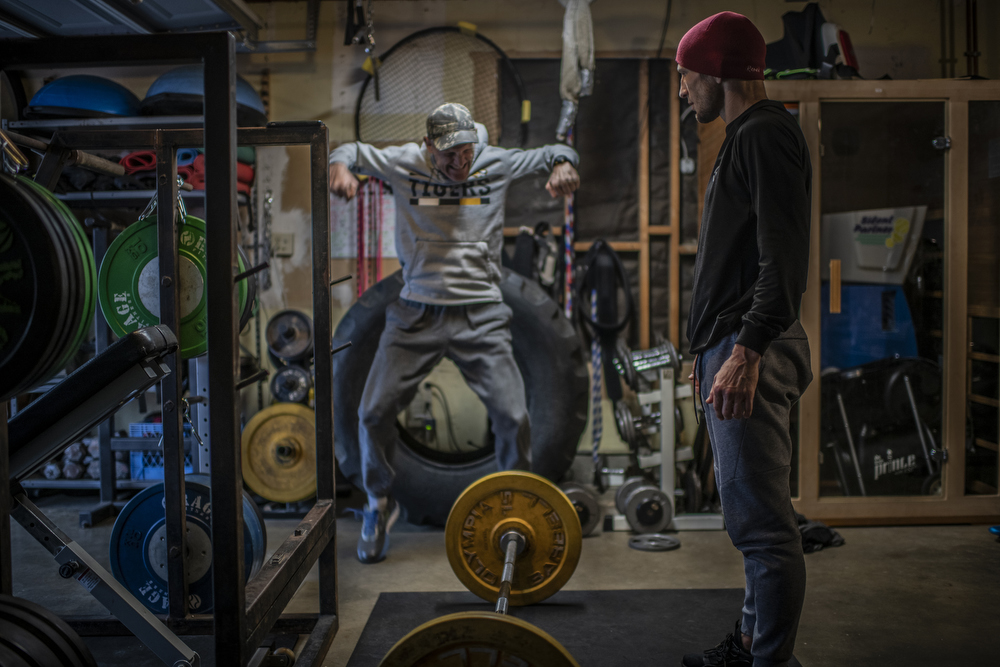 Calavitta demonstrates a lift for Dillashaw as a part of one of his daily workouts. Calavitta developed a computer algorithm to safely and systematically aid the weight cut. 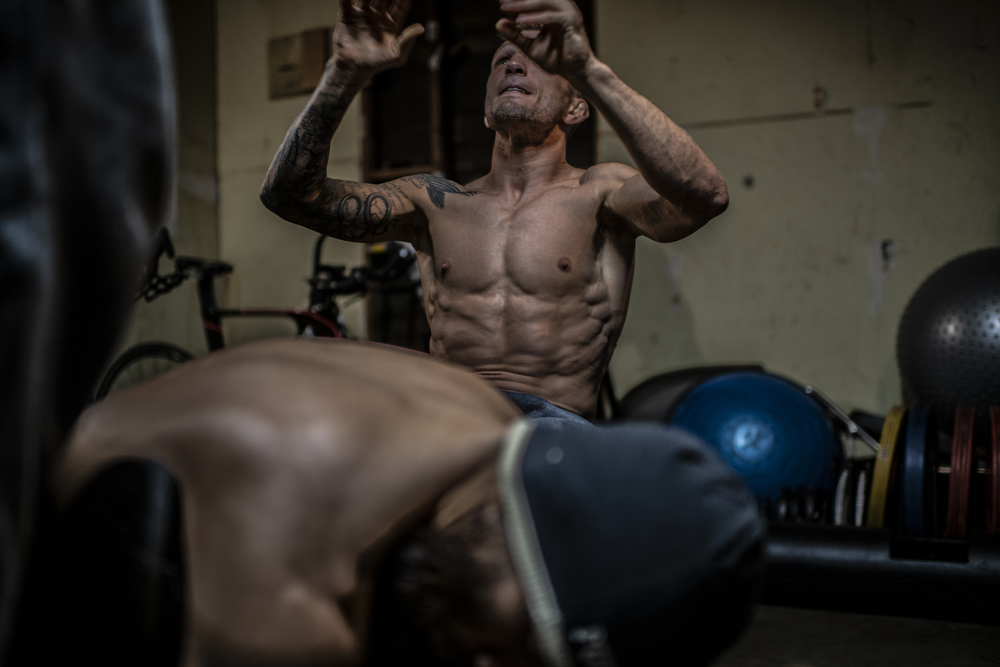 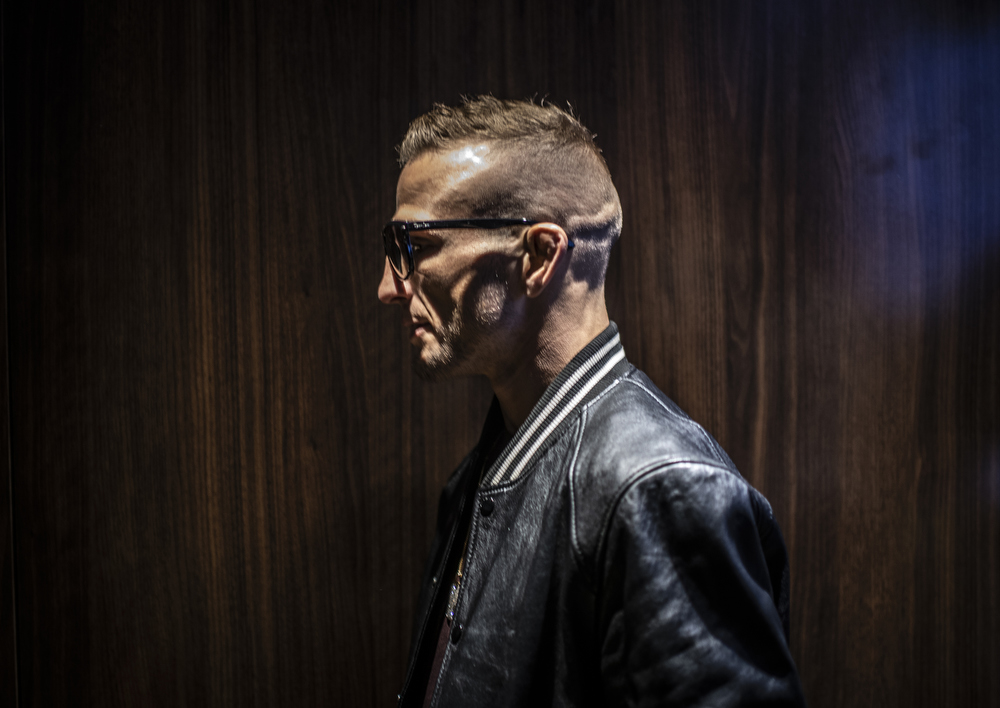 After arriving in New York on Tuesday, Dillashaw is looking lean. Still weighing 140 pounds, however, he has water weight to shed before stepping on the scale on Friday. 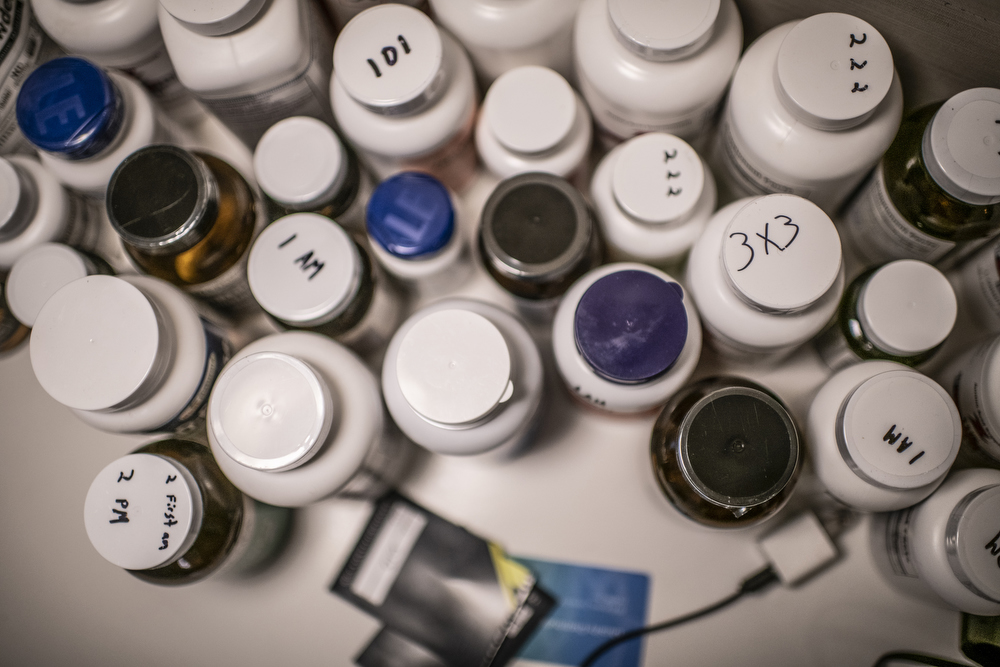 Supplements sit on the desk of Dillashaw's hotel room. His supplement routine is a major key to his weight cut. 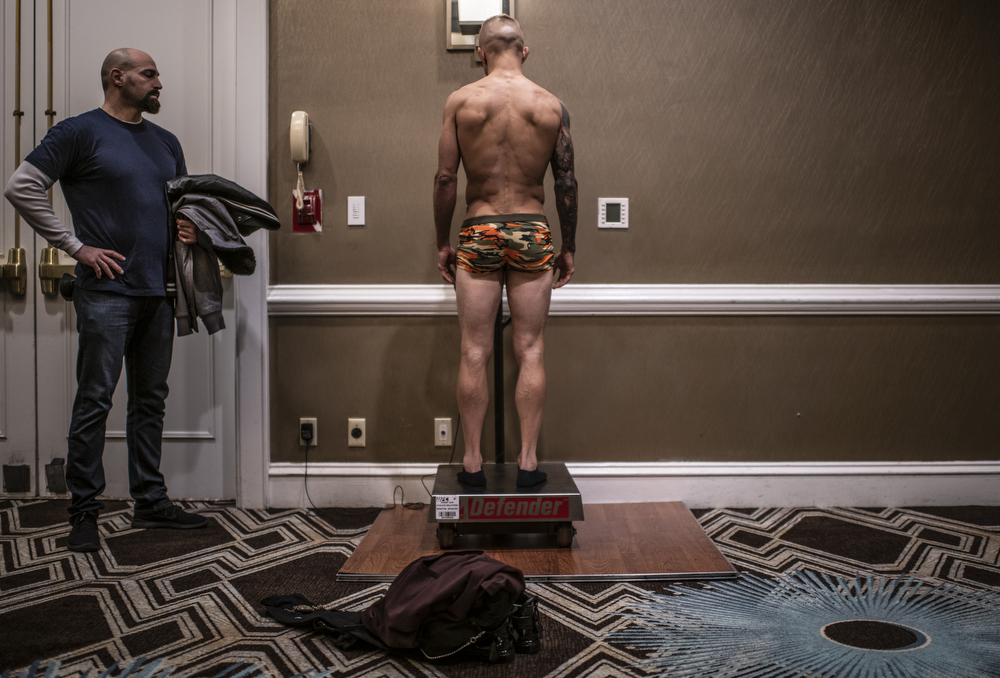 With two days left to make weight, Dillashaw learns he is 134.6 pounds and has 9.6 more pounds still to drop. 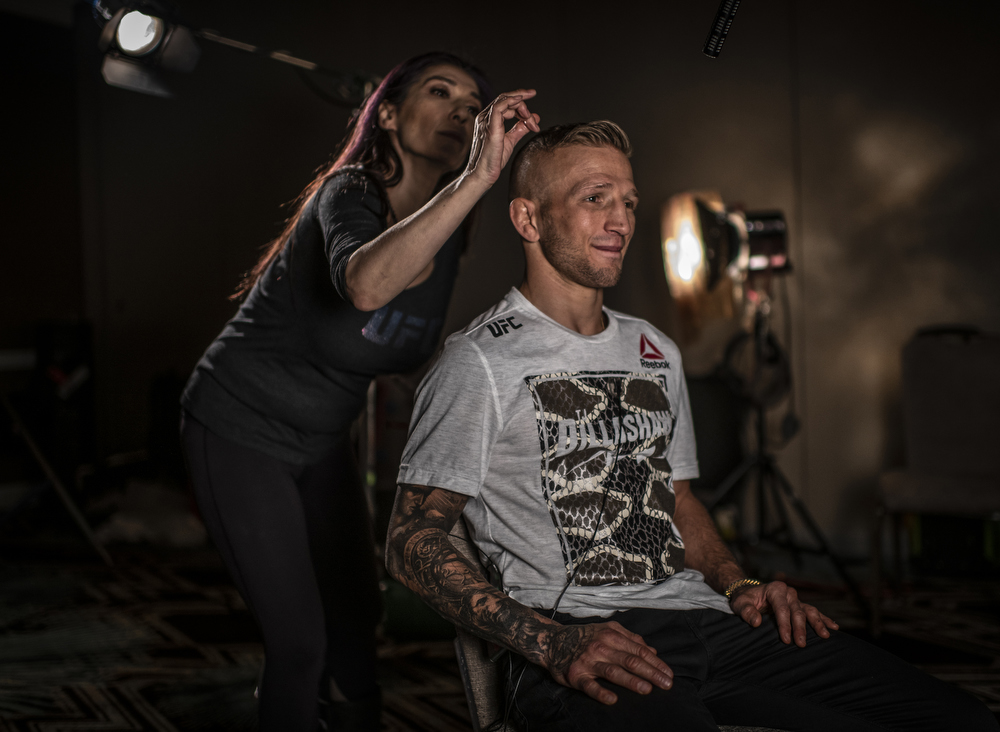 Media appearances and other promotional obligations take center stage during the final days before the fight. 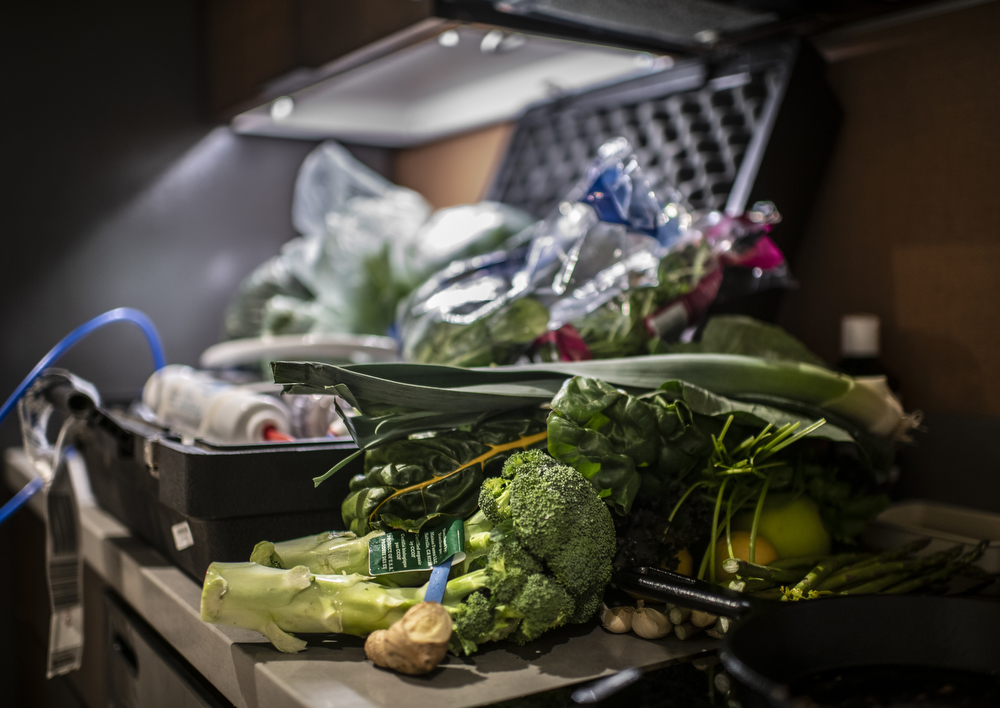 Vegetables are stacked for juicing in Dillashaw's Manhattan hotel room. These veggies were selected and prepared by Catania Calavitta, Sam Calavitta's daughter who made the trip with him to New York. 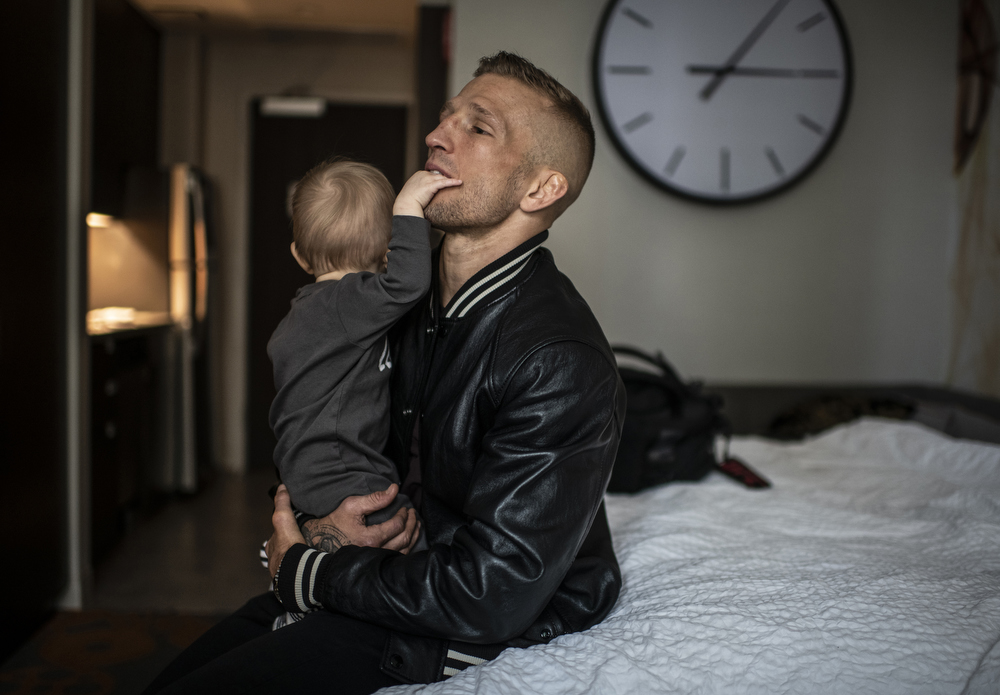 On Wednesday afternoon, Dillashaw spends some time with his 1-year-old son, Bronson, while also navigating his packed schedule of workouts and media obligations. 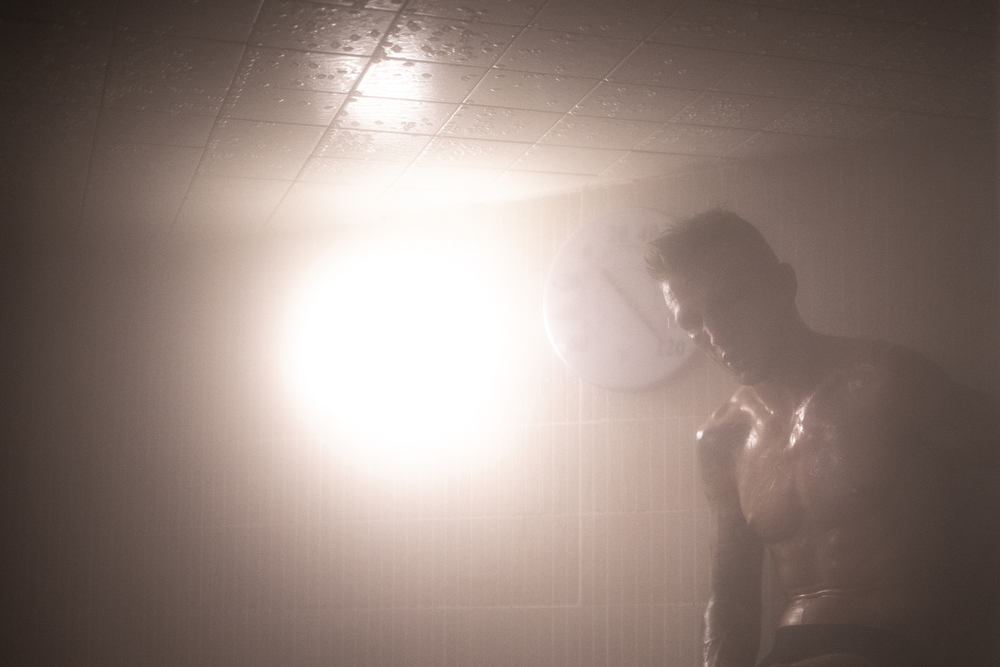 At 11 p.m. on Jan. 17, coated in coconut oil to help open up his pores, Dillashaw sits in a New York City sauna to shed his last few pounds of water weight. 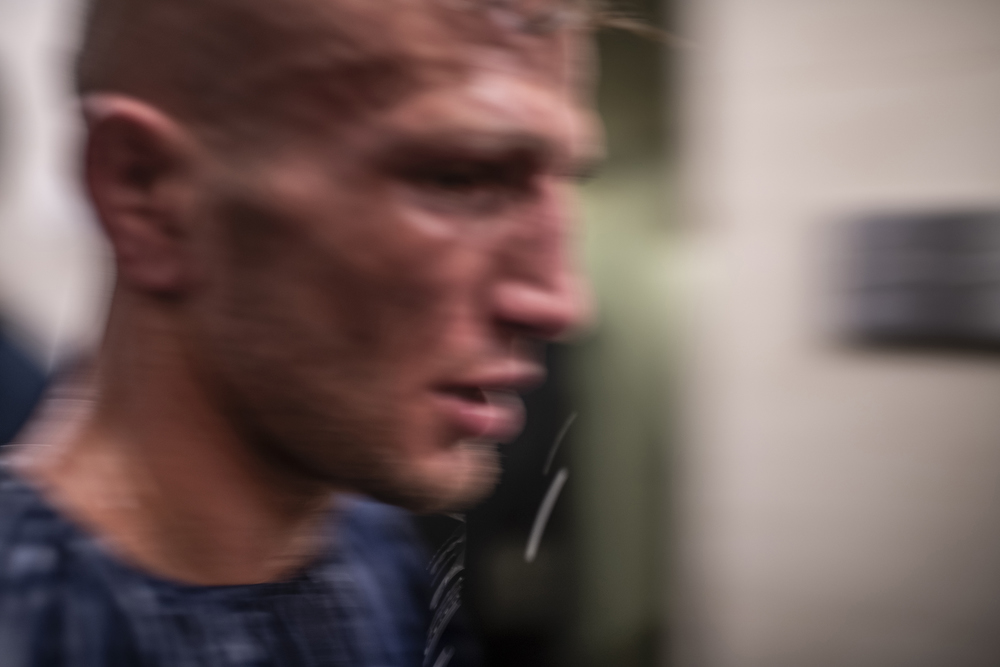 After his sauna while wearing a plastic suit, Dillashaw makes his way to a treadmill to continue his late-night weight cut. 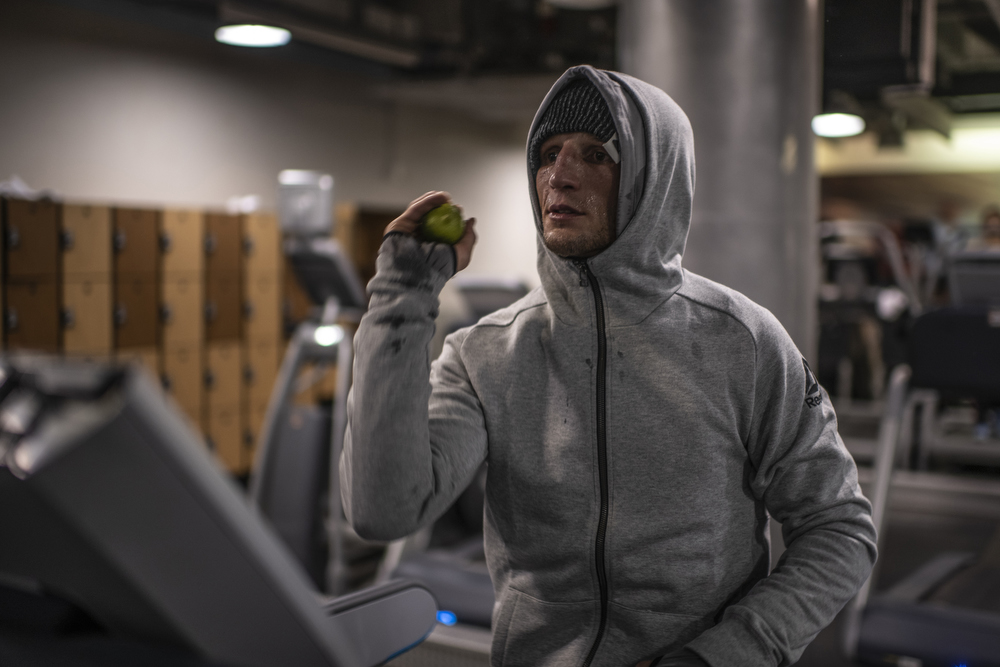 Dillashaw tosses two limes back and fourth with his coach to help keep his mind off the task at hand. 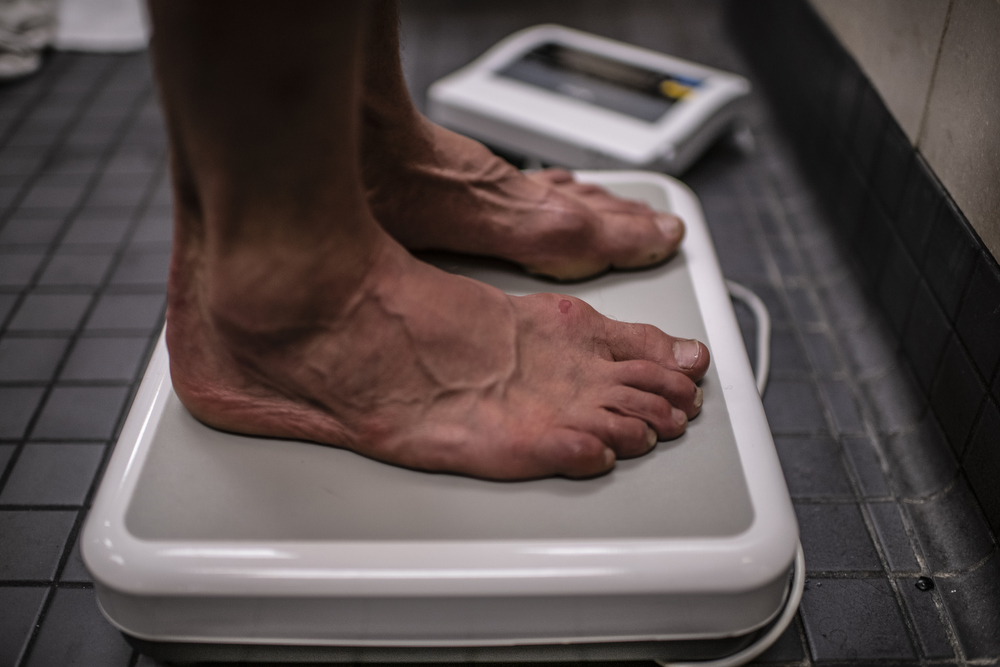 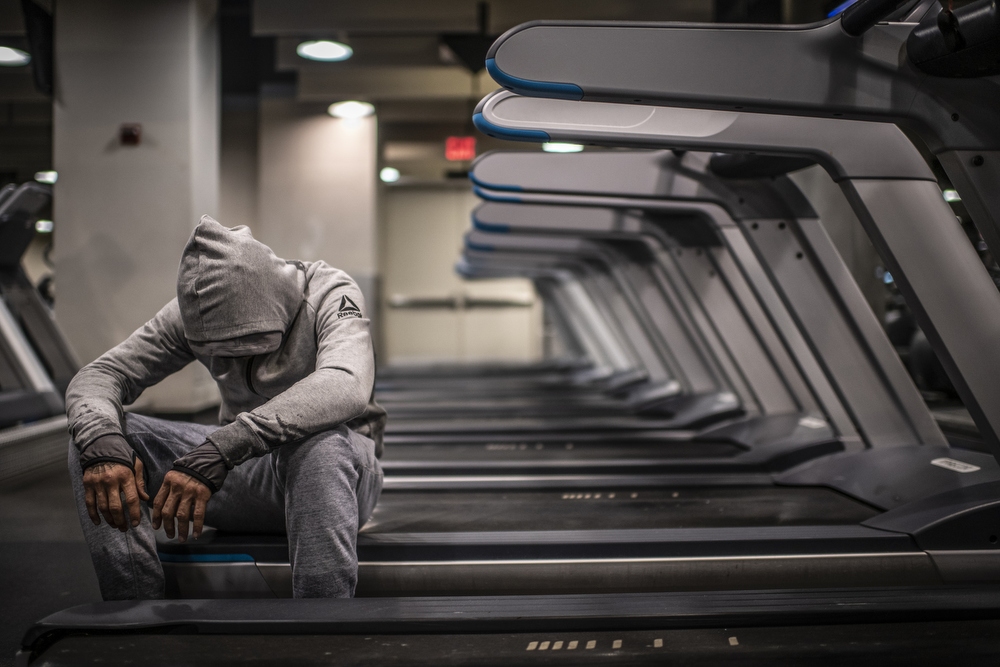 An exhausted Dillashaw takes a seat on a treadmill after his water cut workouts in the sauna and treadmill. 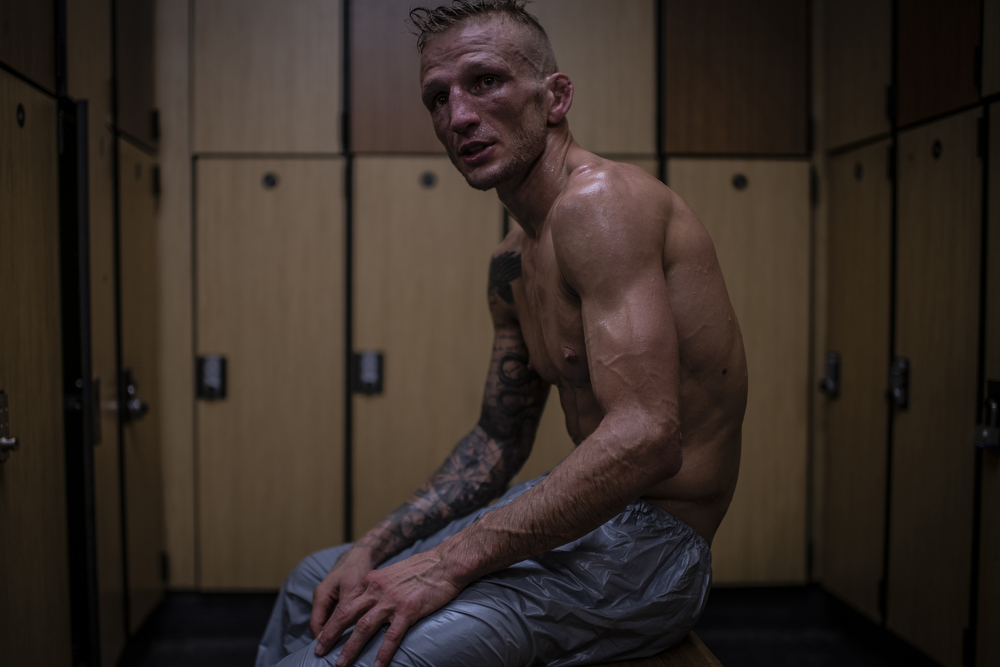 After shedding his many layers of clothing, Dillashaw looks to head to sleep. Dillashaw would hit his 125-pound goal on his way to the hotel, as the last bit of sweat comes off in the car ride. 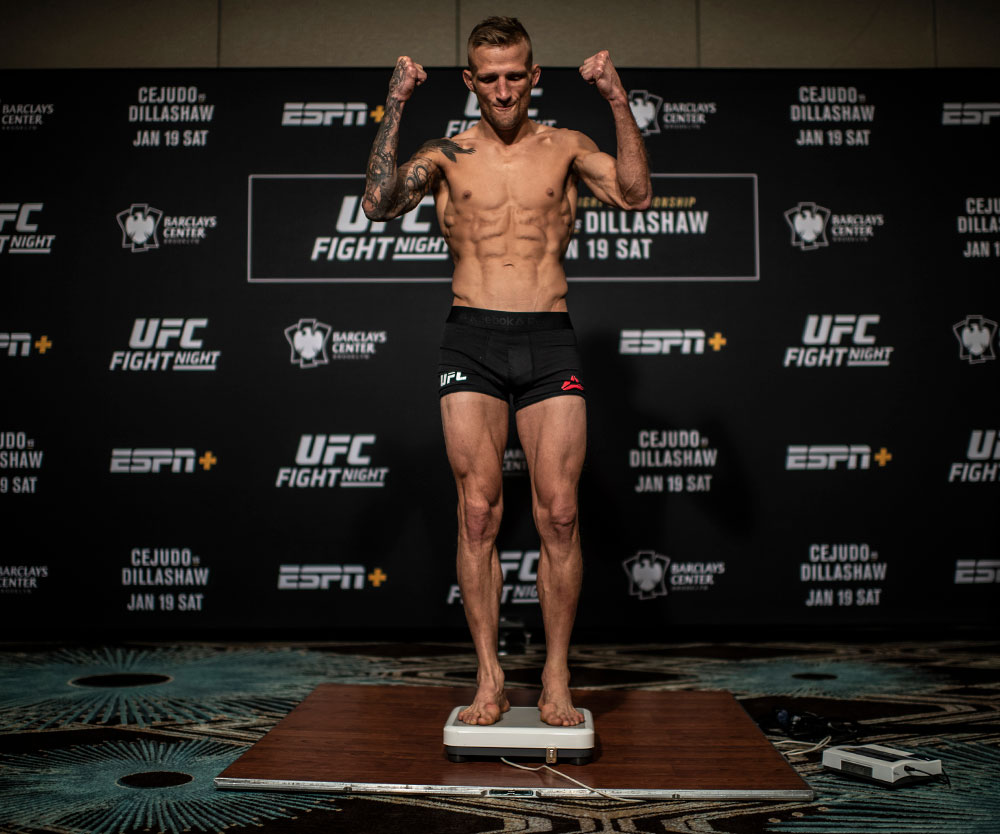 Dillashaw is the first to stand on the scale at 9 a.m. as he makes weight at 124.6 pounds in the UFC official weigh-in at the NY Marriott Downtown on Jan. 18. 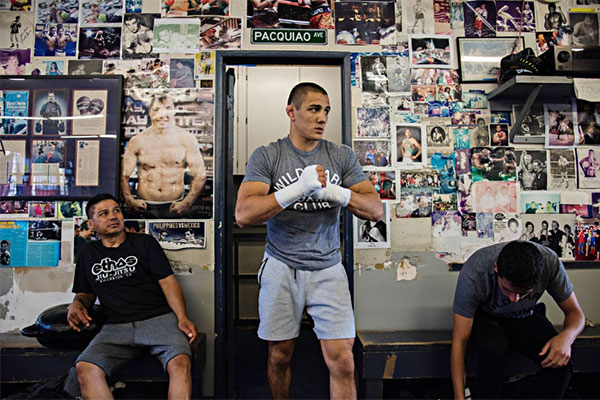 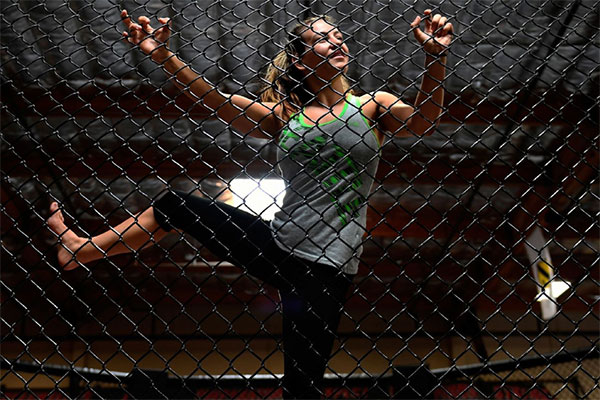 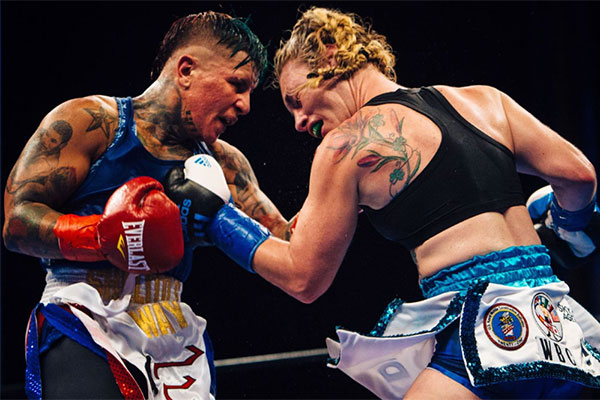 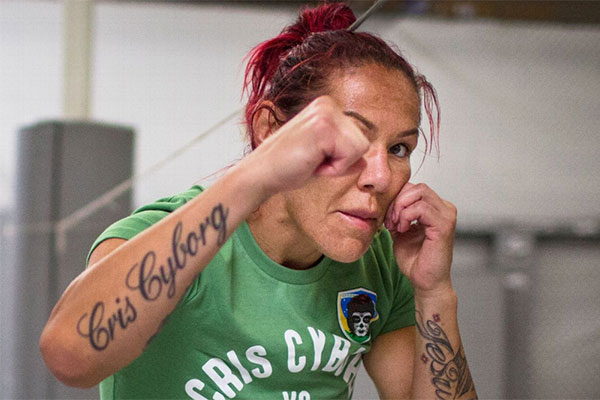 Seeing Cyborg - A look at MMA' s most dangerous woman