What if every pitch in a starter's repertoire were as good as his best offering? Imagine a heat-seeking fastball for strike one and a slow-spinning changeup for strike two, then chasing a knee-buckling curveball out of the zone for strike three. No need to imagine any further. We combined advanced metrics with evidence from peers to identify the best pitches that make the perfect starter, without selecting the same pitcher twice. The result is an ace with the best signature pitches from 2018 - a fearful mix of speed, deception and pinpoint control that is bound to keep the best hitter guessing.

Opponents slugged .280 against deGrom's fastball in 2018, the lowest mark among qualified starters (min. 100 fastballs). DeGrom once joked he cut his flowing locks to add velocity to his fastball. It's hard to argue with the man after he dominated on the way to his first NL Cy Young Award.

There's nothing fancy about the traditional four-seam grip as a pitcher's index and middle fingers lie flat across the horseshoe of the baseball. What's notable is the tuck of the thumb below the leather to guide the ball at the release point.

Walker Buehler, Dodgers The 24-year-old put together a dazzling rookie season, evidenced by a staggering .177 opposing batting average on his fastball. Though impressive, Buehler pitched 80 innings fewer than the NL Cy Young Award winner did and trailed in miss rate and putaway rate.

Max Scherzer, Nationals Scherzer's fastball putaway rate was 26.2 percent - a tick better than deGrom's 25 percent - but deGrom's fastball success was undeniable. deGrom's miss rate of 31.5 percent was the highest by a qualified starting pitcher in the last 10 seasons.

Chris Sale, Red Sox The lanky lefty logged a .179 opposing batting average on his four-seamer - second-best out of the four - but trailed deGrom in every other category. 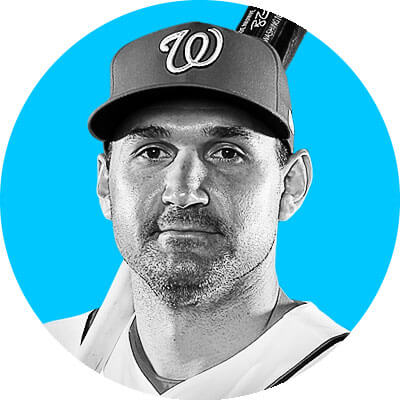 "You think you're on it, and you take a really good swing, and you always seem to foul it back. You can't really square it up. But being able to place it wherever he wants, that's what sets [deGrom] apart."Ryan Zimmerman, Nationals 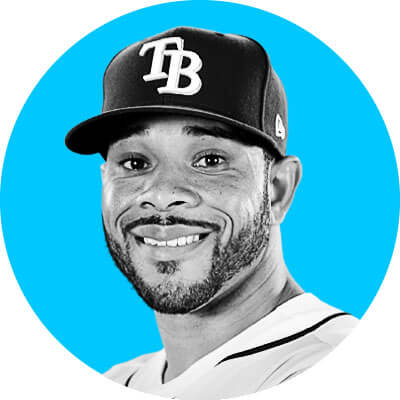 "[DeGrom] knows how to throw his little sinker or two-seam well, and he knows when to throw his four-seam at the right time."Tommy Pham, Rays

Price held opponents to a .139 average in at-bats ending with a sinker after the All-Star Break, the lowest such mark among qualified starters. Price went back to his hard-breaking sinker more heavily last season and averaged a velocity of 92.7 mph on 927 offerings in 2018.

What distinguishes traditional two-seamers from other fastballs is the grip between the narrow seams on the leather. The ball sits comfortably in the hand with the thumb tucked, but the placement of the fingers in between the seams produces more movement on the pitch.

Walker Buehler, Dodgers Buehler's season was so impressive that the rookie was considered for a second pitch. He generated a 16.8 percent miss rate, but opposing batters managed to hit .224 in at-bats ending with his two-seamer. Buehler's 16.8 putaway percentage was just a tick higher than the league average.

Aaron Nola, Phillies Nola made a strong case with his pitch, which moved in on right-handers and away from lefties. His horizontal movement of minus-9.7 inches was more drastic than Price's, but Nola trailed the Sox starter in both opposing batting average and putaway rate. 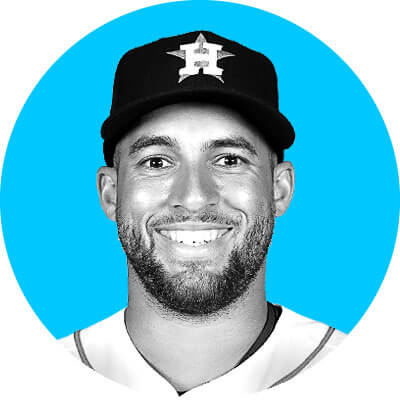 "It looks like a four-seamer - until it's not. I can normally tell the difference, but the biggest thing with [Price] is - I call it a hip shot - it starts at your hip and ends up back over the middle of the plate."George Springer, Astros

"The whole instructional league [in 2013] was learning how to throw a curveball. After that, I'd throw it here and there, and it was always good, but I love my fastball. This year, I saw how no one could hit it, and it was like, start throwing it a lot more." Blake Snell

Snell has turned heads with his vintage, big-looping curveball. The pitch is traditionally thrown by cupping the bottom seam with the index finger while the thumb grips the back of the baseball. Snapping the wrist downward generates the spin that gives the pitch its movement.

Justin Verlander, Astros Verlander threw 495 curveballs in 2018, the third-lowest total in his 12-year career, but he was still effective with the pitch. His 28.3 putaway percentage was considerably above the league average of 22.4, but his 34.4 percent miss rate ranked 28th among starting pitchers (minimum 300).

Aaron Nola, Phillies Nola used his curveball as a strong complement to his two-seamer and threw it 992 times - a career high. 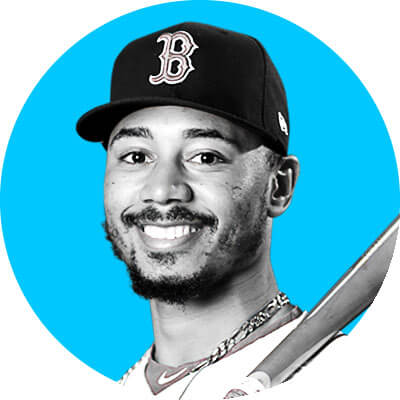 "He's so tall that he has a high release and, I'm assuming, a bunch of spin. He throws two, three, four pitches for strikes, and then he'll throw something that looks like a strike and isn't. That's why he won the Cy Young." Mookie Betts, Red Sox

Scherzer's is a master at deceiving hitters. His changeup spin rate of 1,457 rotations per minute is 1,030 fewer than the average of his fastball. Opponents slugged .192 in at-bats ending with Scherzer's changeup, and he allowed just one home run off the pitch.

"Without giving away all my trade secrets, it's the same arm action and tunnel. When they see the ball come out in the middle of the zone, I create the seed of doubt in the hitter's mind as to whether it's [a] fastball or a changeup. That was the pitch that really got me to the big leagues."Max Scherzer

Changeup grips can vary widely. Scherzer uses a unique grip with three fingers on top of the ball, while his pinkie and thumb sit opposite beneath the ball. Upon the release, his wrist turns until the pinkie is on top, which helps guide the pitch where he wants it.

Jacob deGrom, NYM DeGrom's change clocked in at 88.9 mph, second-fastest among those of starting pitchers, and his 27.4 percent putaway rate was well above the league average of 19.1. But Scherzer dominated, limiting opponents to a .126 average in at-bats ending against the pitch - 12 points lower than deGrom's average.

Kyle Hendricks, Cubs Hendricks leaned on his changeup heavily and threw it 932 times, nearly double Scherzer's 548. However, Hendricks trailed the Nationals pitcher in several other categories, most notably putaway percentage. Hendricks' 21.1 percent rate was close to the average of 19.1.

Zack Greinke, Diamondbacks Like deGrom, Greinke threw a firmer changeup at 86.5 mph, a pitch that registered a minus-6.7 inches on the horizontal movement plane. Scherzer's change is much slower, at 83.9 mph, and moves more dramatically, at minus-8.5 inches. Opponents batted .179 in at-bats against Greinke that ended in the changeup, which pales in comparison to Scherzer's .126 average.

"He threw me a [2-2] changeup, and I swing right through it. The bottom just fell out. I'm like, 'I will never take another [2-0] fastball off this guy again.'" Tommy Pham, Rays

Kluber's best pitch is so good it can't be labeled. Somewhere between a cutter, slider and curveball, it's a brilliant combination of velocity and movement. Opponents chased 42.9 percent of Kluber's cutters out of the zone, highest rate in the AL and second-highest in the MLB among qualified starters.

"None of us are really robots. The more you throw a pitch, the more comfortable you feel, the more you learn different ways to manipulate it. You can make it bigger, make it smaller, with more depth, things like that. I think what gets guys out is messing with timing and manipulating the ball."Corey Kluber

Kluber's grip almost resembles that of a four-seamer, but the index and middle fingers are close together toward one side of the seams, rather than spread out among the horseshoe. His thumb grips the bottom seam rather than tucking completely below the ball.

Chris Sale, Red Sox Sale's sweeping slider is magnificent in its own right, especially when he throws it against left-handed hitters. The pitch almost looks like it's behind the batter's back, and it ends up in the strike zone. Sale's bid for the top spot here was hurt by injuries and struggles in the postseason.

Max Scherzer, Nationals This pitch was the third that landed Scherzer in contention for the league's most dominant - a good measuring stick for how good of a season he had. Scherzer won 18 games, tied for the National League lead - and his command of the slider was a big reason for that.

Jacob deGrom, Mets Like Scherzer, deGrom graces this list for the third time, and it's no surprise. His hard slider - it averaged 91.1 mph - produced a 36.5 miss rate. 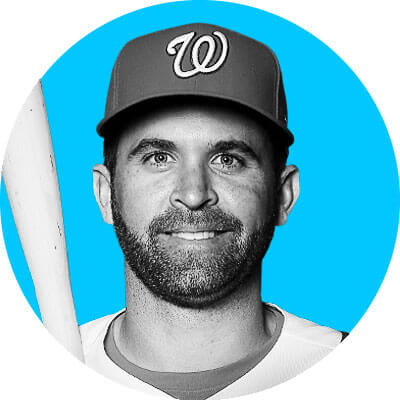 "[He] sets up his slider probably better than anybody in the game. Two-seamer backdoor ... and then the slider, cutter, whatever you want to call it gets righties diving in pretty good. I'm glad I'm out of that division." Brian Dozier, Nationals

"He gets so much spin that it goes sideways. Sometimes I think it's hard for him to know where it's going. Then he dials in and finds the release for it, and he can kind of do whatever he wants with it." Mookie Betts, Red Sox

For More About Pitching

How many complete games will be thrown in 2019?

Will pitchers bring the most heat ever in 2019? Not so fast

How can Walker Buehler top his debut season in Year 2?