The Formula One season start has been postponed. But when the schedule does roar off the starting line, here are the one-of-a-kind tracks from all over the globe that bring drivers within a hair's width of historic places, quirky corners and, yes, plenty of danger. Buckle up for 15 of the wildest spots of the F1 season. 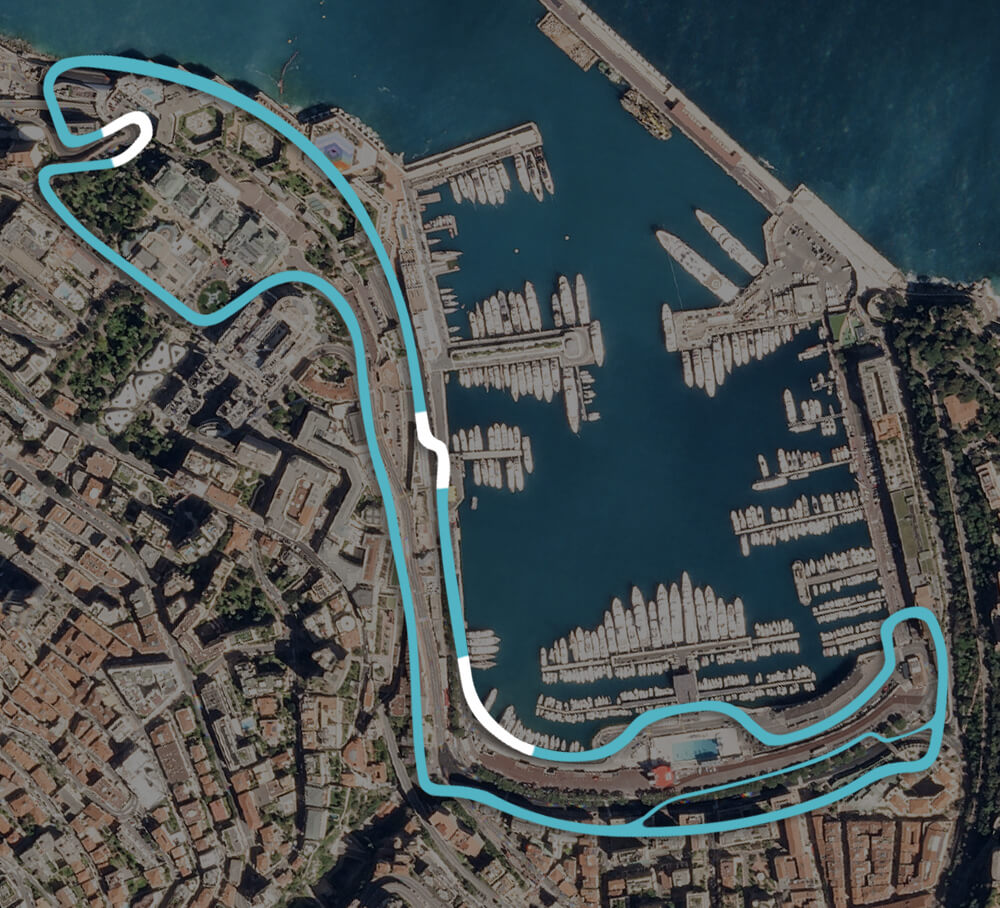 The jewel of the Formula One schedule, the Monaco Grand Prix (May 21-24), is held in the jewel of the Mediterranean, a luxurious microstate nestled on the southern coast of France. The race, traditionally held at the end of May, sees drivers sweeping past historic hotels, an iconic casino and extravagant yachts as they compete on the tight streets of the principality.

And drivers understand the gravity. Of his legendary 1988 pole position lap, F1 great Ayrton Senna said, "That was the maximum for me -- no room for anything more. I never really reached that feeling again."

Monaco lives and breathes tradition. The second-oldest circuit on the tour stands as one of the most glamorous -- and challenging -- on the schedule. Drivers have to manage the narrow roads and tight turns with no margin for error. "Any slight error and it is going to be a big crash," longtime driver Martin Brundle said. "You can't miskick the ball or slice a backhand." 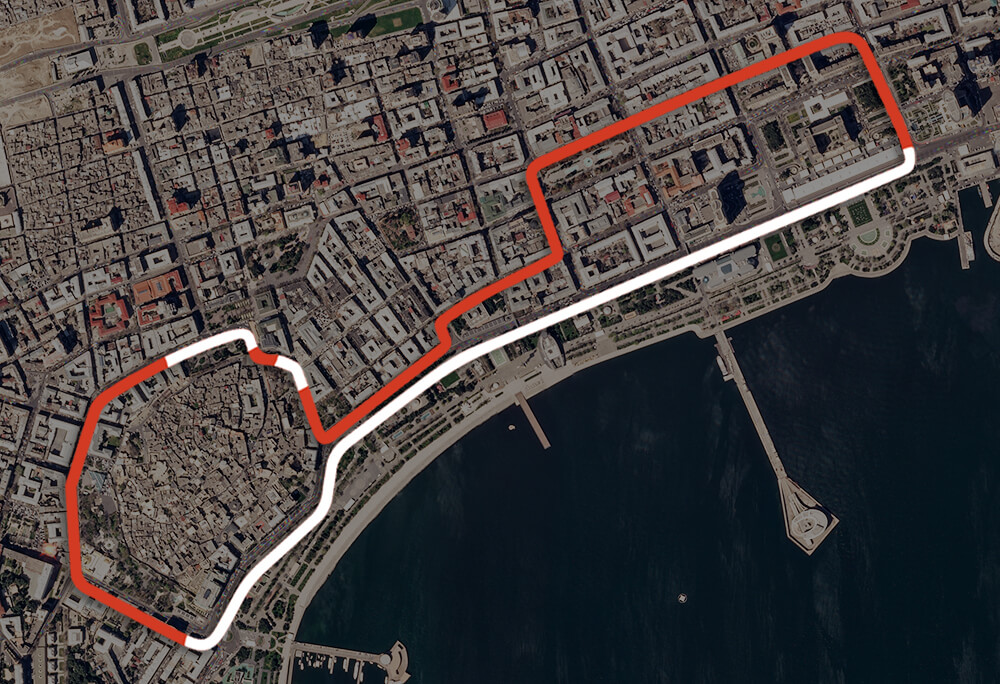 Perhaps no track illustrates the complexities of a modern, global F1 better than Baku. Half the track runs through the lavish downtown city, and the other half runs along historical architecture reminiscent of cartoonish Mario Kart castles.

This Herman Tilke-designed track puts modern twists on a street course while tormenting drivers with some of the narrowest stretches on the tour. Concerns over the country's human rights record have swirled around the race in Azerbaijan (June 5-7 this year), but the chaotic nature of the young race has already made it a popular fixture. Baku is currently on the schedule through the 2023 season.

Baku is a high-speed track, with a different winner each of the four years of the Azerbaijan Grand Prix's existence. "It's a spectacular track, it's super fast, it's massively challenging, a little bit crazy as well, in a positive sense," former driver Nico Hulkenberg said. The narrow turns and fast straights force drivers to be creative to get ahead. And with the potential for crashes, collisions and road hazards, everything can change in an instant. 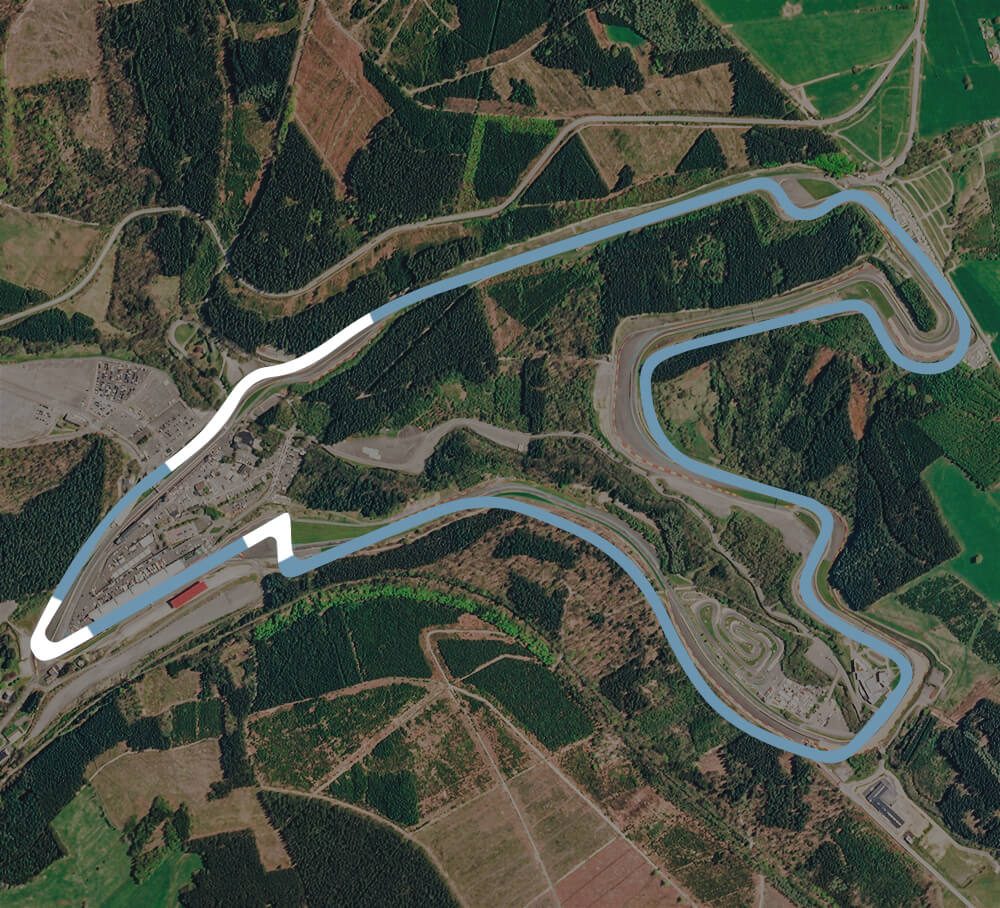 Expect the unexpected at the Belgian Grand Prix. When it rains, drivers have to manage the poor visibility and track conditions. Circuit de Spa-Francorchamps is F1's longest course, so it can be raining on one side and sunny on the other.

And even if the mercurial summer (Aug. 28-30) weather cooperates, drivers will be forced to wrangle some of the most iconic and challenging stretches in F1, such as Eau Rouge and Raidillon.

Ferrari's Charles Leclerc won last year's race after only 10 drivers finished on the lead lap. A tour favorite ("I bet every driver likes Spa," Kimi Raikkonen said), winning here proves that a driver can handle everything a track can throw at them, all in one race.

Former F1 driver Fernando Alonso put it this way: "One lap of Spa is like 20 at any other track, in terms of the excitement and adrenaline it generates." 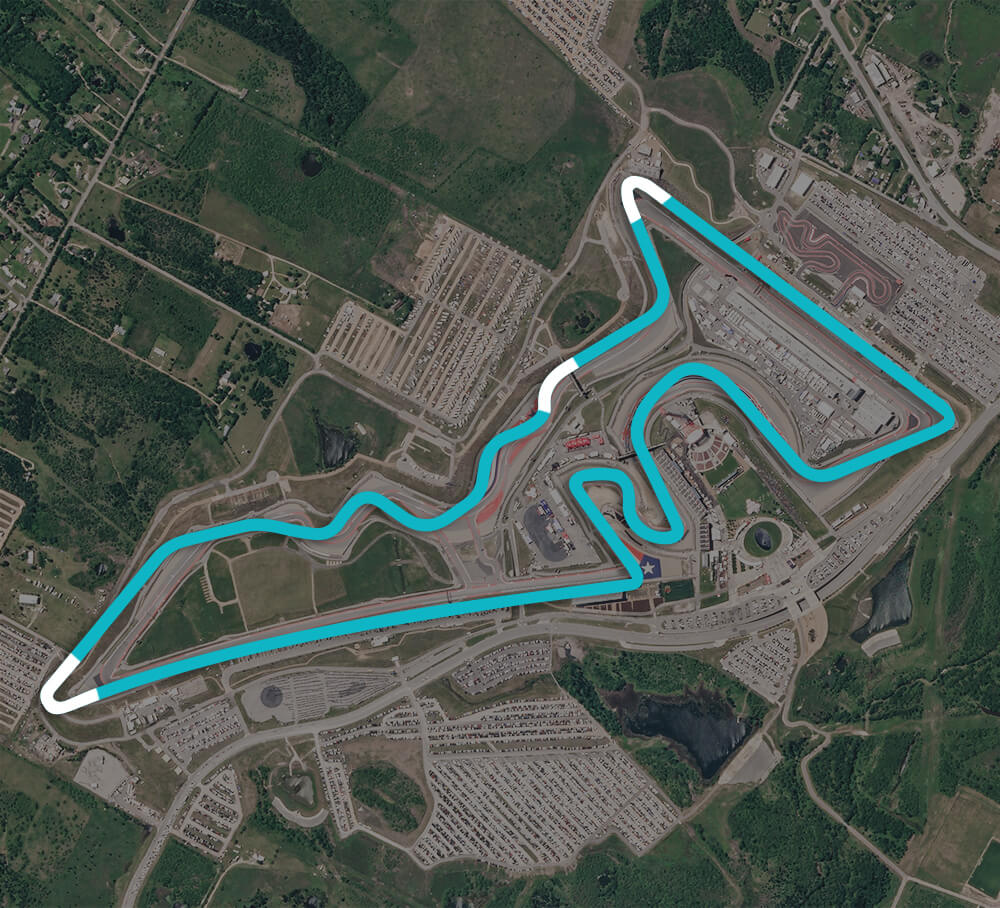 Ups and downs galore in Texas! This Tilke track opened in 2012 and has been the home of the United States Grand Prix (Oct. 23-25 this season) since. The track makes use of the rolling hills outside of Austin not just as scenery but also to give drivers elevation changes found nowhere else on the schedule.

At a time when Formula One faced concerns of stagnant races with few passes, Circuit of the Americas was built to feature wide turns that give drivers multiple opportune locations to make moves. "You can pass in four different places," Daniel Ricciardo said, "which encourages you to battle. It encourages you to fight." 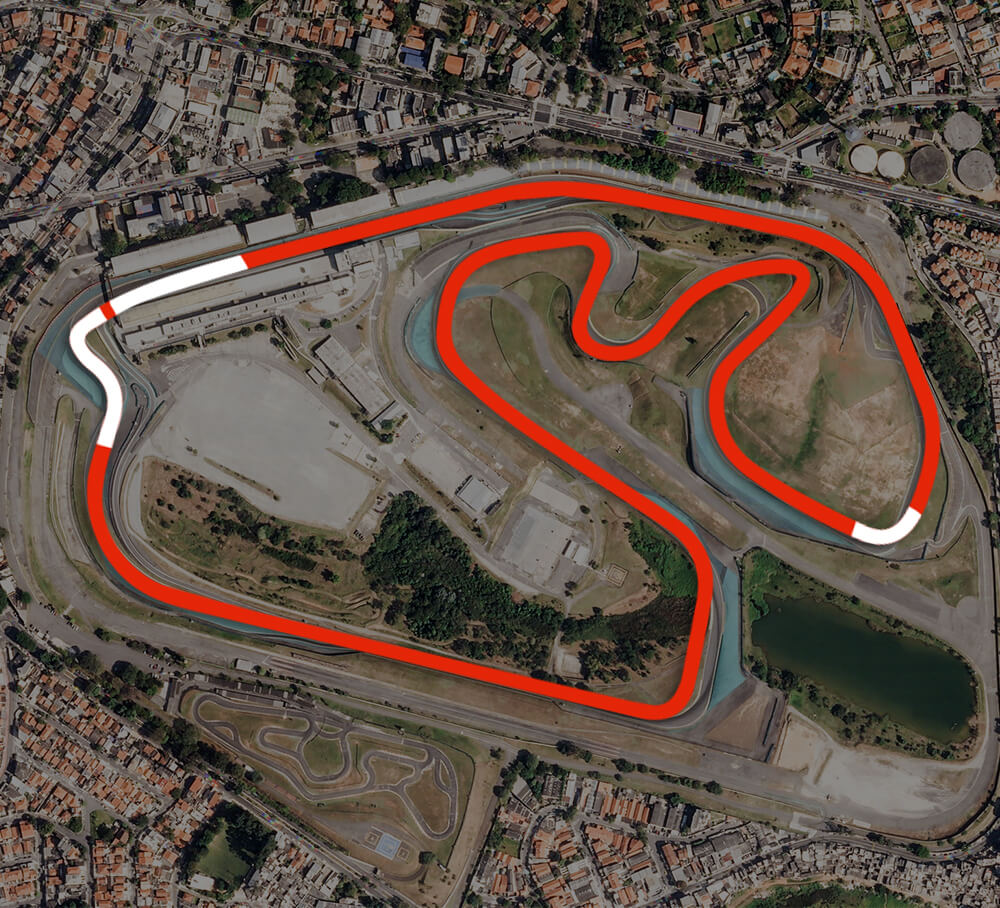 Every fall, F1's only voyage to South America is also to its largest worldwide market: In 2018, the tour attracted 115 million Brazilian viewers! And that passion shows on race day at Interlagos, with fervent fans all along the counterclockwise circuit.

Describing his 2008 showdown with Brazilian Felipe Massa, Hamilton said as much: "The noise, the atmosphere, was just crazy. I had perhaps 2% of the fans wanting me to win while the rest were for Felipe. It was just so intense. But I didn't resent it -- it was normal for Sao Paulo."

This race has been friendly to the home country, having been won by a Brazilian driver nine times. In fact, due to Brazil's position on the calendar (Nov. 13-15 this season), this race has been the site of season championships coming down to the wire. The future of this historic track, however, is up in the air, as the race might move from Sao Paulo to Rio de Janeiro after the 2020 edition.

When the green flag drops ... 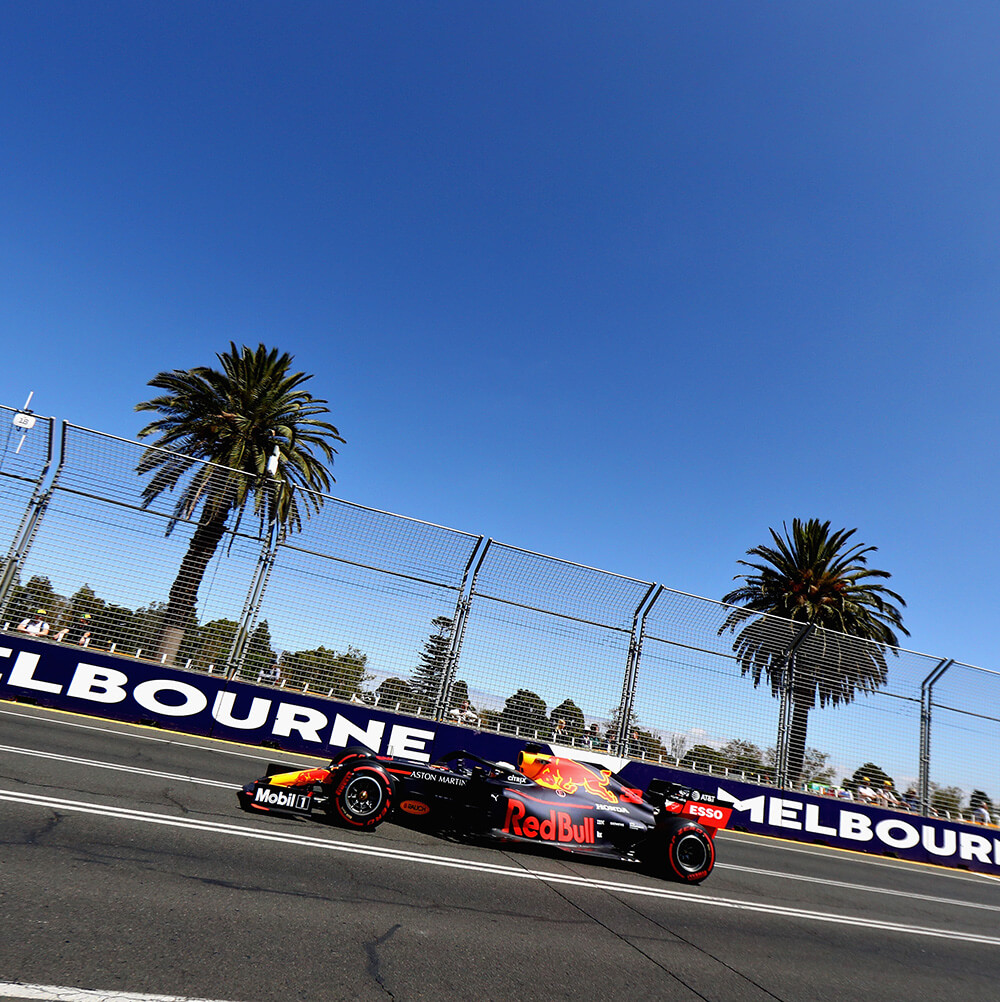 When the green flag drops ...

The start of F1's 70th season is in limbo with the cancellation of the Australian Grand Prix in Melbourne. When drivers do hit the roads, their schedule will take them all over the planet, from Vietnam to the Netherlands to Russia to Mexico -- and many more places -- by the end of the season.