"I love the competition and the challenge," she says. "Baseball is not just a physical game. It's a mental game too. You have to have a good memory, but if you make a mistake, you have to be able to forget about it and move on to the next inning."

Apgar, 15, was one of the nearly 300 girls, ages 9-18, who converged on Rockford, Illinois, last summer for four days of spirited competition. They came from across the United States and from as far away as Australia and France for the Baseball for All Nationals, the largest girls-only baseball tournament in the world. The event brought together the past, present and future of women and the national pastime. Games were played at Beyer Stadium, home of the iconic Rockford Peaches, the team immortalized in the movie "A League of Their Own," and players wore patches commemorating the 75th anniversary of the All-American Girls Professional Baseball League.

"Usually you don't see women playing baseball," Apgar says. "So this really helps break down barriers not just for baseball but for women in sports too."

In truth, girls and women have played baseball almost since the sport's invention. Today more than 100,000 girls play youth baseball nationwide, according to Baseball For All, an organization that promotes girls' participation in the sport. But at the high school level, girls are often pushed away from baseball and toward softball, under the premise that the two diamond sports are equivalent. Almost half a million boys, but only 1,762 girls, played high school baseball in 2017-18, according to the National Federation of State High School Associations.

That disparity is part of why Justine Siegal founded Baseball for All six years ago.

The girls in Rockford needed to look no further than two still-spry AAGPBL alums for inspiration. Former Peach Shirley Burkovich, 85, and former Peoria Redwings pitcher Maybelle Blair, 91, served as honorary coaches and connected with players like Apgar and 10-year-old Hazel Knox, who, despite the generation gap, share the same dream they once had: to play baseball at the professional level.

"I like how it feels when you hit the ball, get on base and bring people home," says Knox, an infielder for the East Bay Hurricanes 11-under team. "And I like that we get to show the boys that we are good at playing baseball." 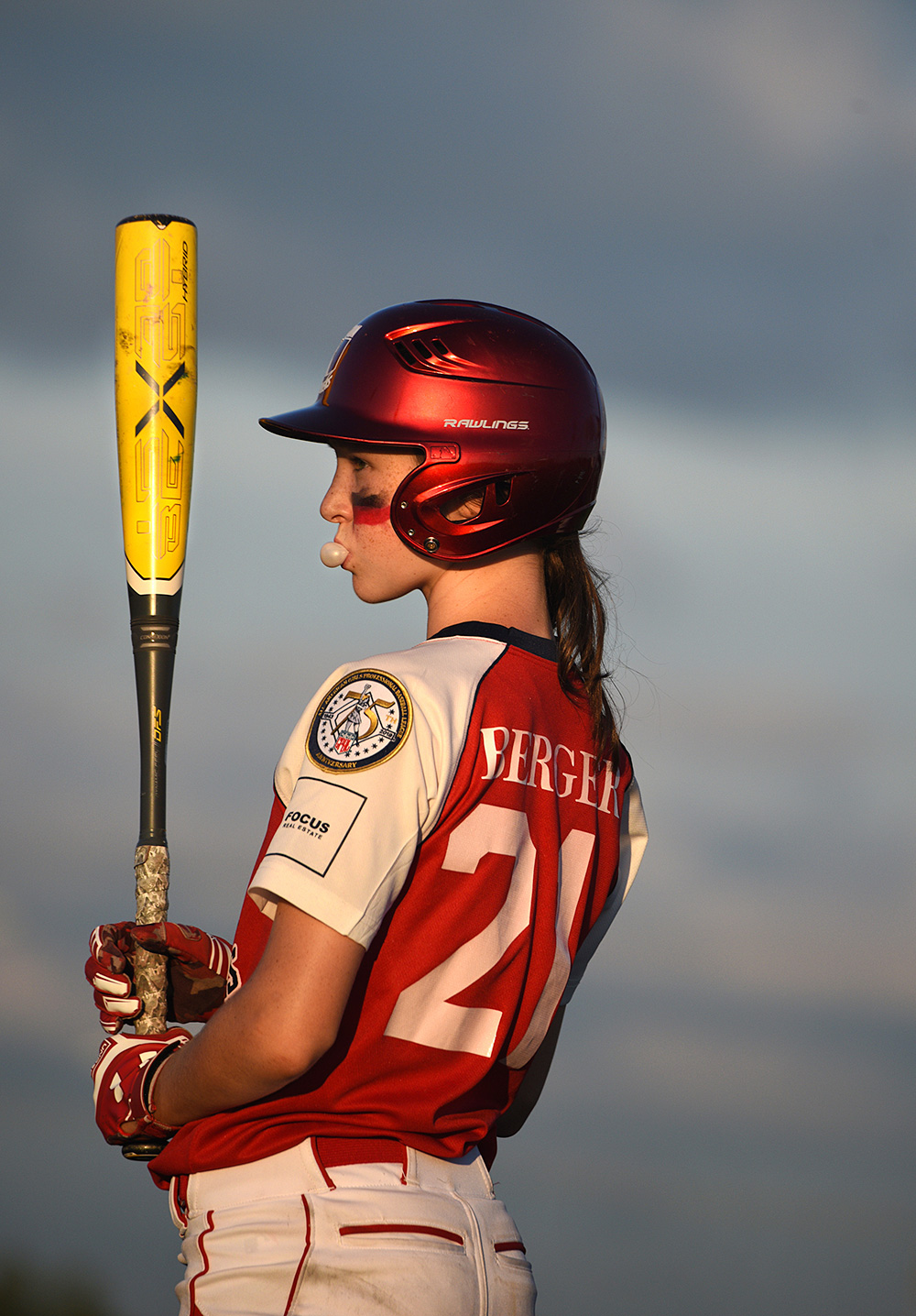 The Boston Slammers became the first all-girls team to reach the semifinals of the Boston Mayor's Cup, beating five boys squads along the way. Elise Berger threw a no-hitter for the Slammers in the quarterfinals. "I always played baseball, never thought about softball," the Vermont native says. "You'll hear, 'Oh it's a girl playing,' but once you get on the field and start playing, it stops." 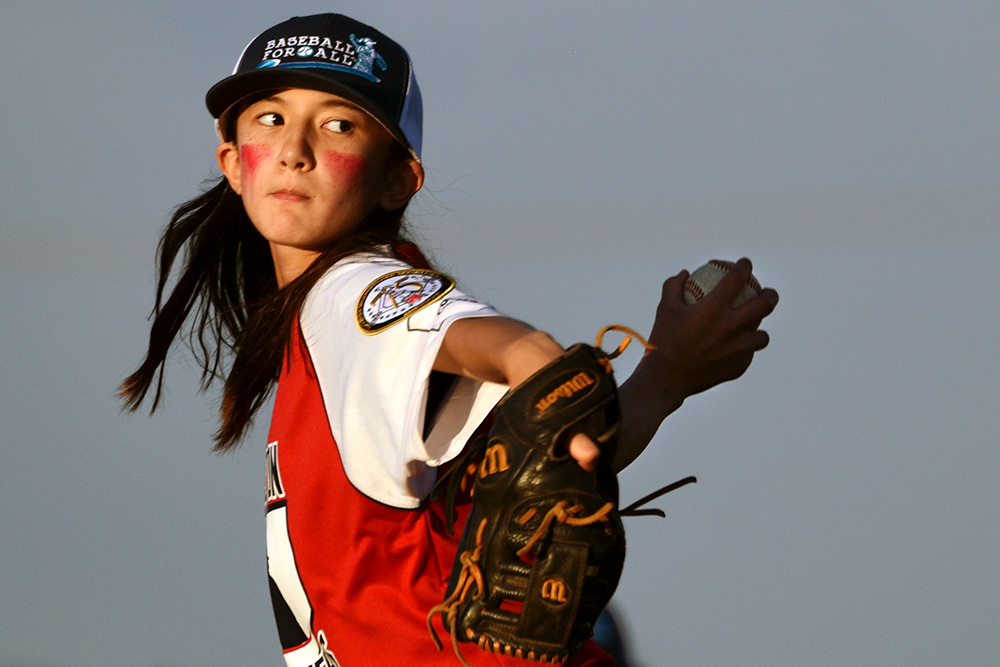 Riley Keblin followed her big brother onto the baseball field in their hometown of Newton, Massachusetts, when she was 4 -- and never looked back. Now, 12, the Slammers pitcher says she "eats, sleeps, dreams about baseball." 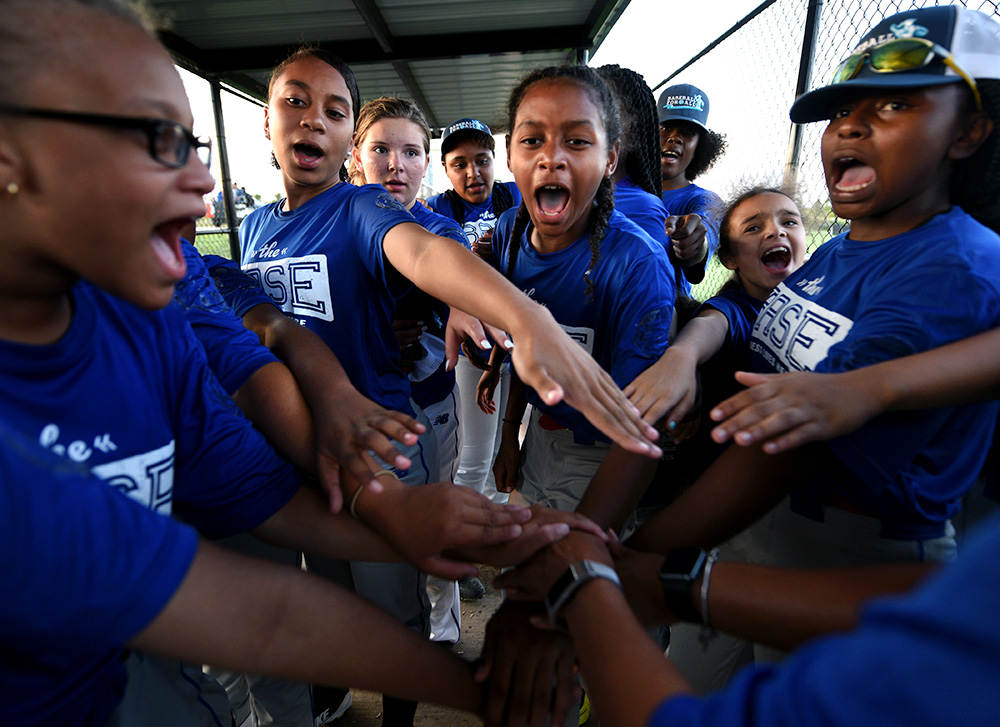 The BASE -- a Roxbury, Massachusetts-based program that provides training to kids who have historically been underserved in the sports community -- formed its first girls baseball team in March. Many of the players had never played the sport before they suited up as the only girls team in the Roxbury Rookie League. They might have lacked experience, but they did not lack enthusiasm in Rockford, cheering each other on: "Rip, rip, rip! Get a hit, get a hit!" 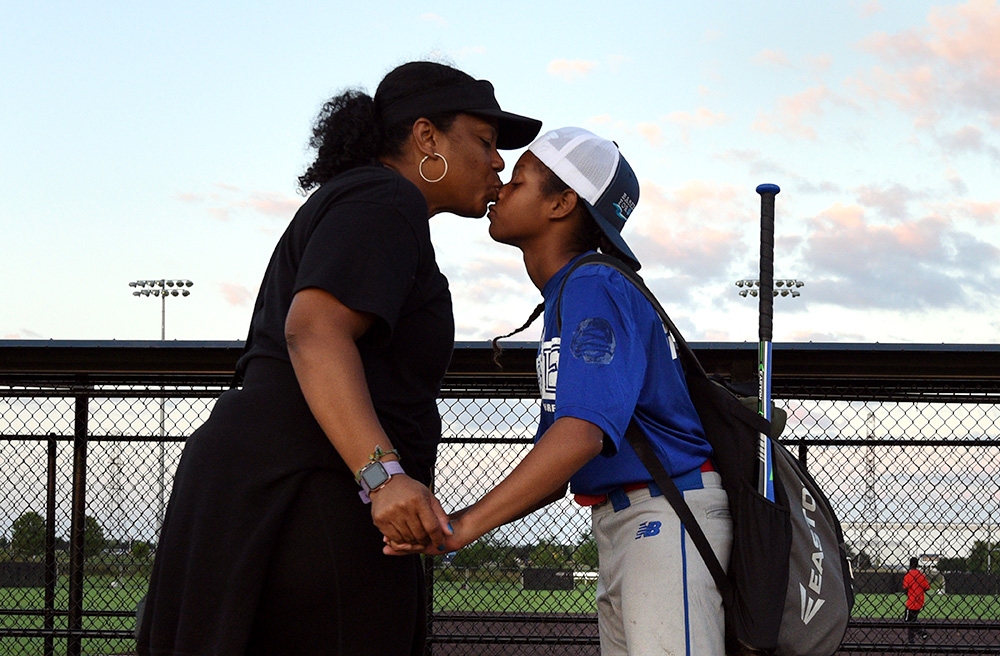 "As mom and a woman who loves sports, I couldn't be happier to see both my girls be part of this experience," says Alicia Castro, whose daughters Gwendolyn, 10, and Gricelda, 12, right, played for The BASE. "It's inspiring to meet the ladies who first played professional baseball. It's one more reason for the girls to realize the sky is the limit." 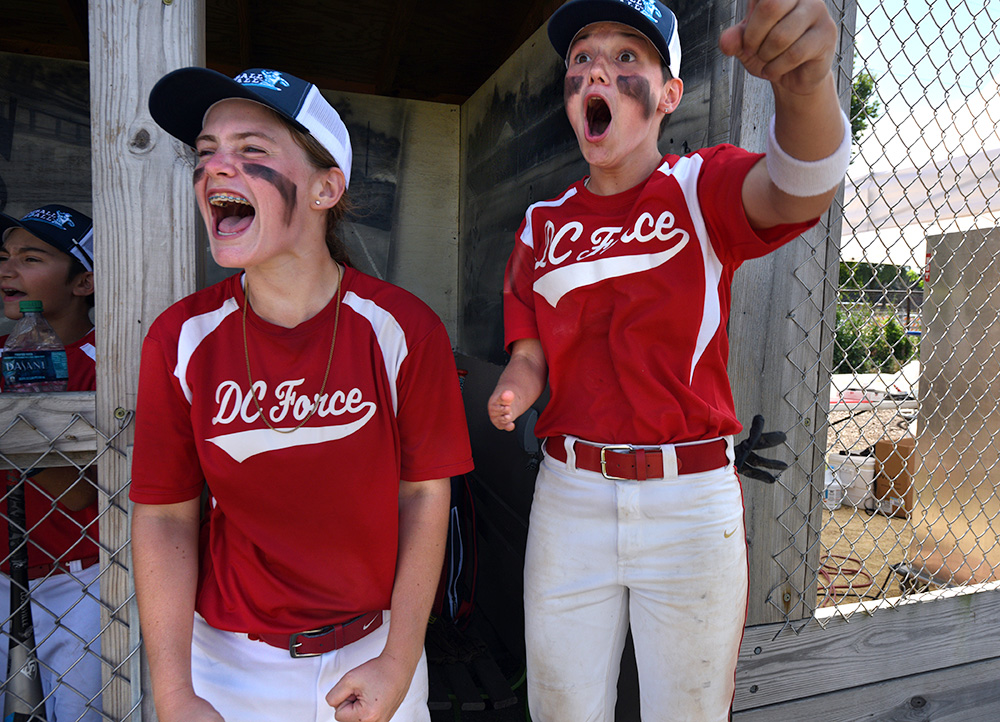 "I love the camaraderie and the pace of baseball," says DC Force's Paloma Benach, 14, left, with Apgar. "Something's always happening, whether you see it or not. It's a game that if you don't understand it, you never really will. So it makes you feel smart in a different type of way." 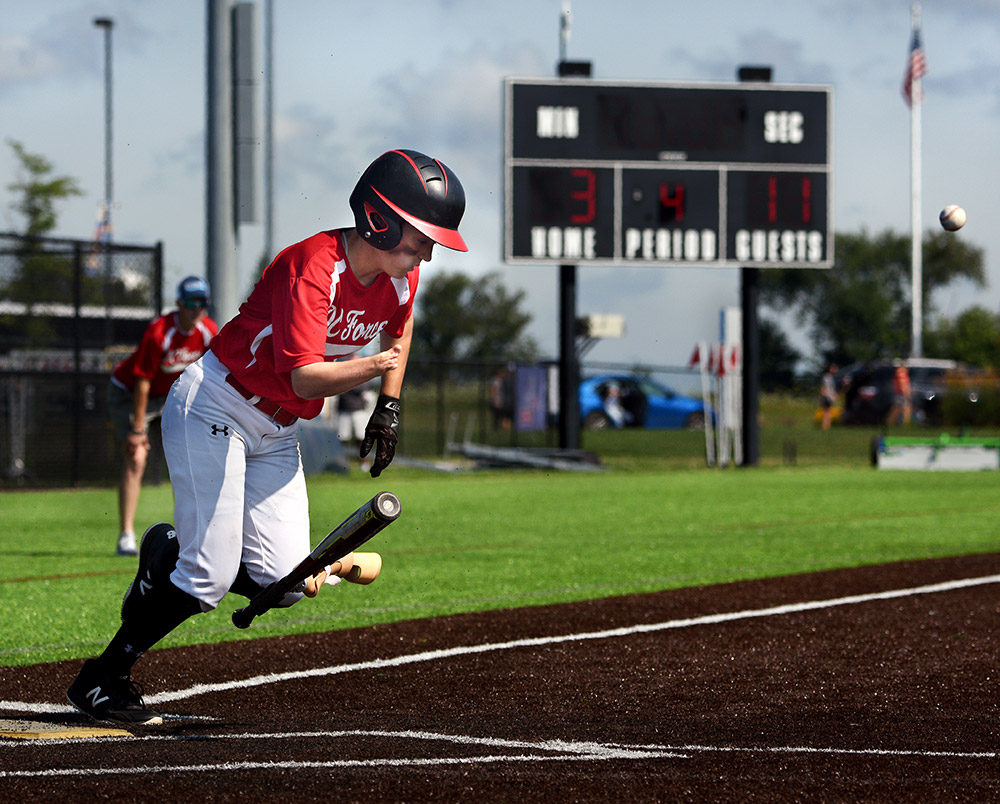 Apgar, who was born without a right hand, uses a prosthetic arm with an attachment that fits onto the baseball bat, then flips it off once she makes contact. "Since I've never had two hands, I've never known any difference. I just learned like everybody else did," Apgar said. "I don't consider myself an inspiration. But as I grew older, I realized that I'm a female athlete playing a male-dominated sport with one hand. I just want to get the word out that people with amputations can play sports, and women can play whatever they want." 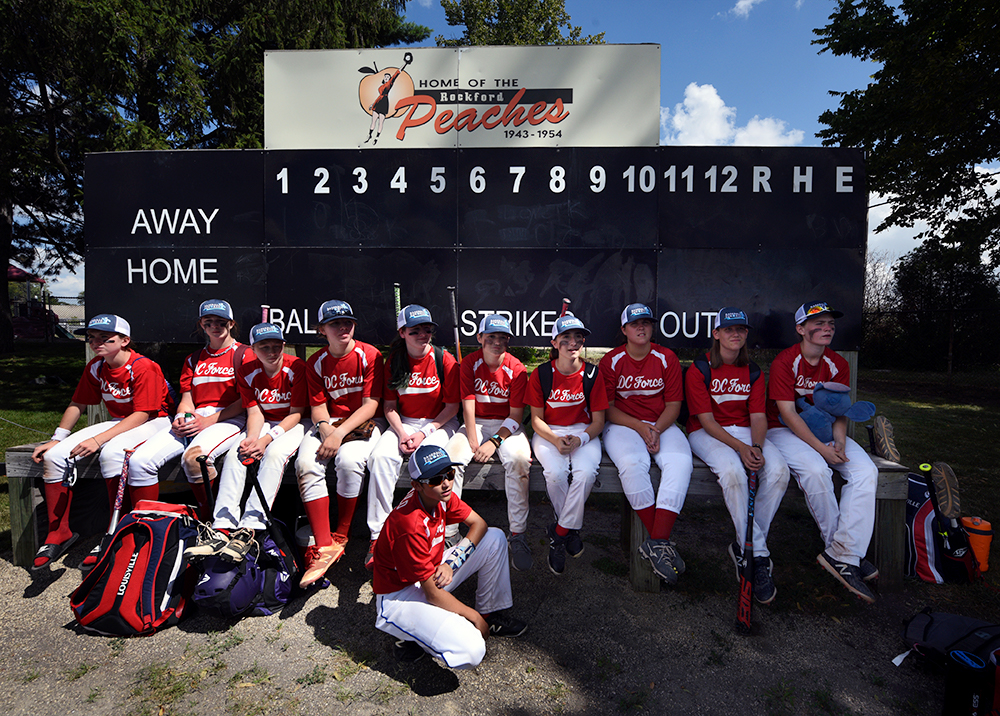 "These girls get a lot of messages telling them to get out of baseball and go to softball," says DC Force 14U coach Ava Benach. "They all play on teams that are coed, and they're usually the only girls on their teams. But they plan on playing [baseball] as long as they can, which is what you want for anybody, whether they're Derek Jeter or a 10-year-old kid." 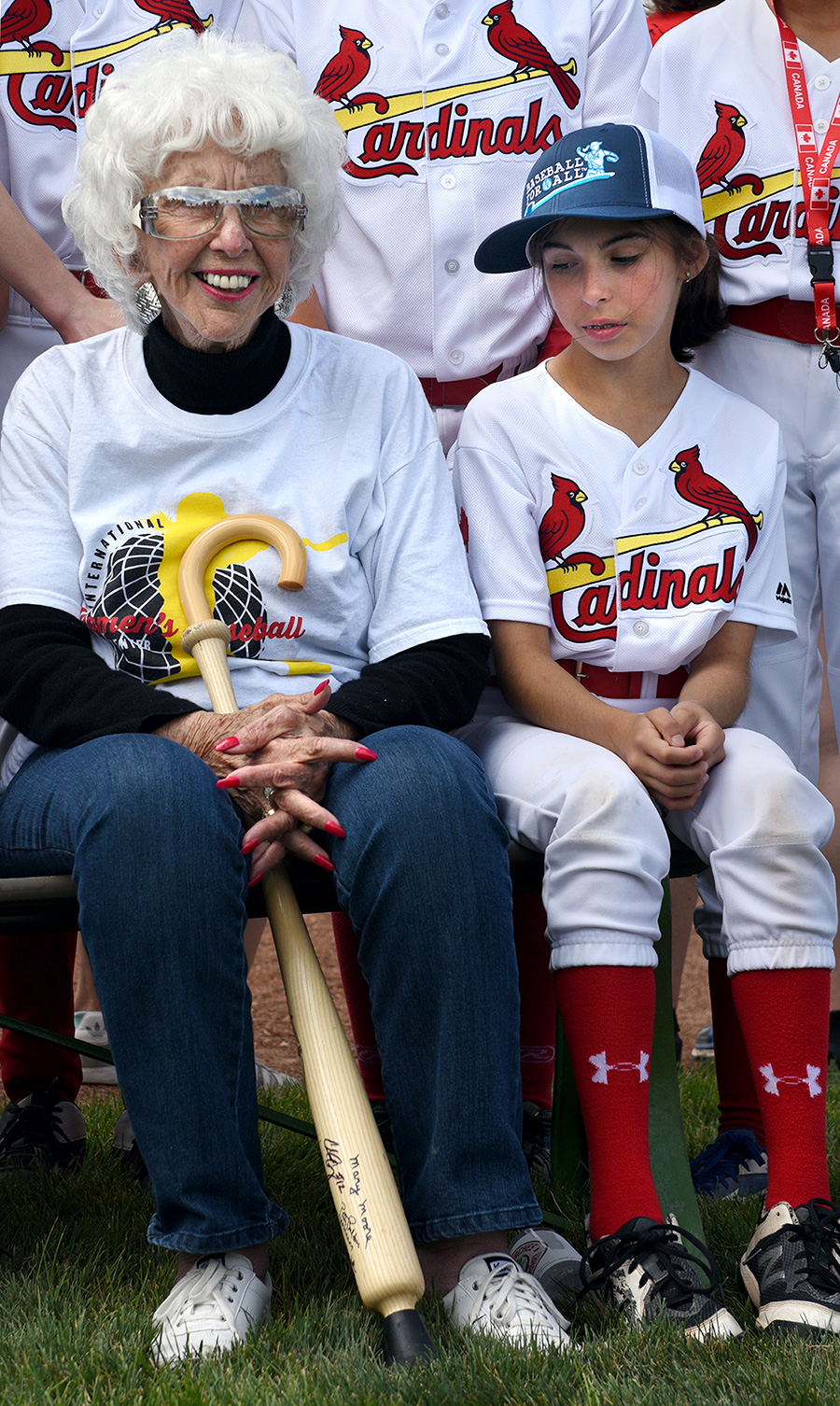 Blair, left, was a pitcher for the AAGPBL's Peoria Redwings and the inspiration for the character "All the Way Mae" in "A League of Their Own." "It would be so wonderful for these girls to have a league of their own," says Blair, 91, jabbing her cane, made from the barrel of a Louisville Slugger bat, for emphasis. "As long as I'm this side of the grass, I'm going to keep pushing for it." 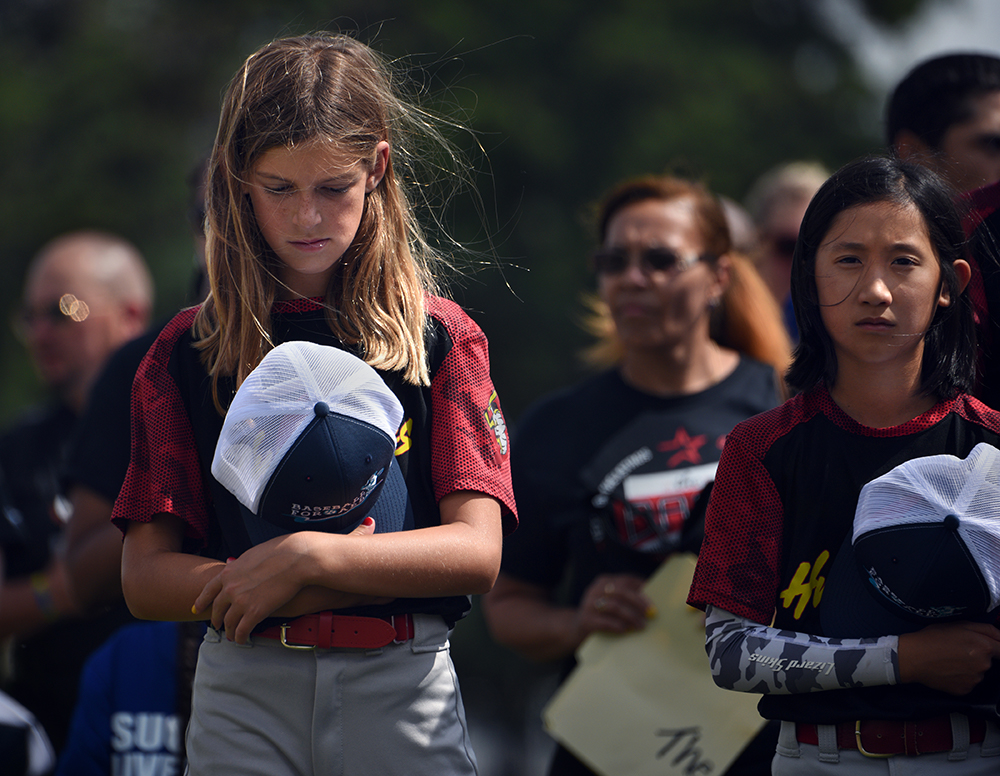 "At Nationals, I liked that every player was a girl and was trying her hardest to play good hardball," says Knox, left, with Hurricanes 11-under teammate Alyssa Seo. A total of 24 teams competed in four age divisions. 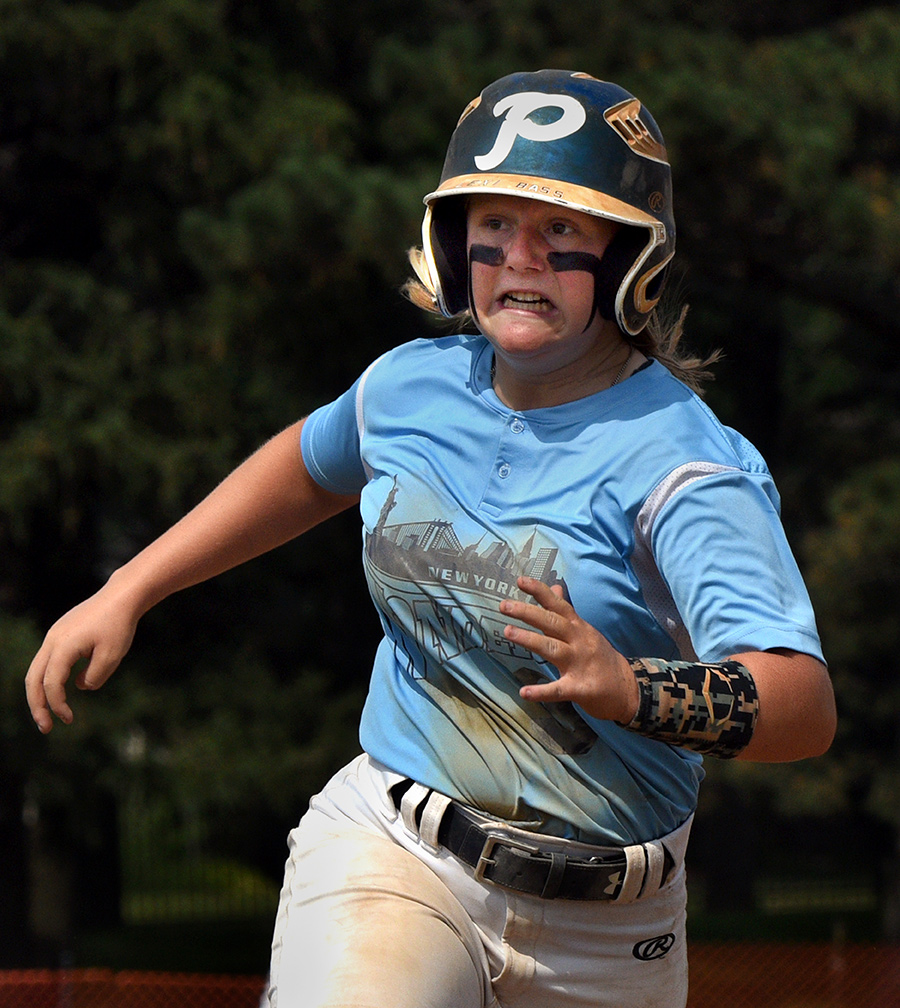 Seven years ago, when Lexi Pittelkau joined her first baseball team in South Carolina, the coach not-so-subtly encouraged her and the other girls to switch sports. "He reminded our parents that the rec league also had softball," she says. By the end of practice, she had convinced him she was baseball-ready. Now the 14-year-old plays on multiple travel teams -- and helped lead the New York Wonders to the 18-under championship game. She hopes to play baseball in high school. 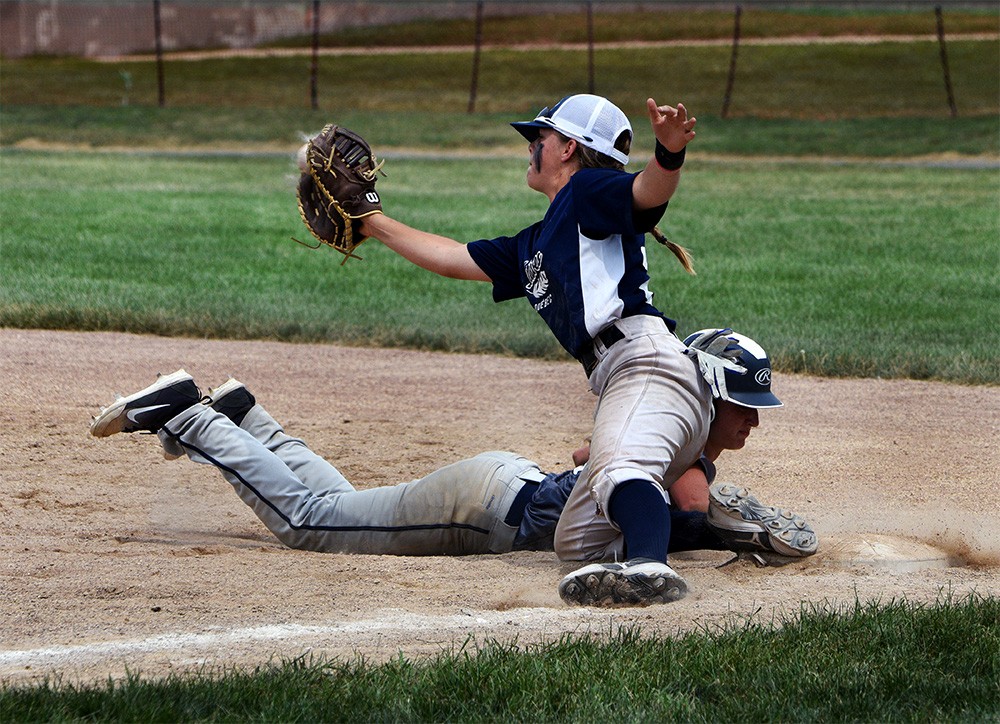 "I love baseball because it is the most beautiful sport on earth," says Emma Patry of Lyon, France. The tournament also drew players from as far away as Canada, Alaska and Australia -- and as nearby as Chicago. Taylor Daniels (sliding) of Winnetka, Illinois, is a three-time BFA veteran. 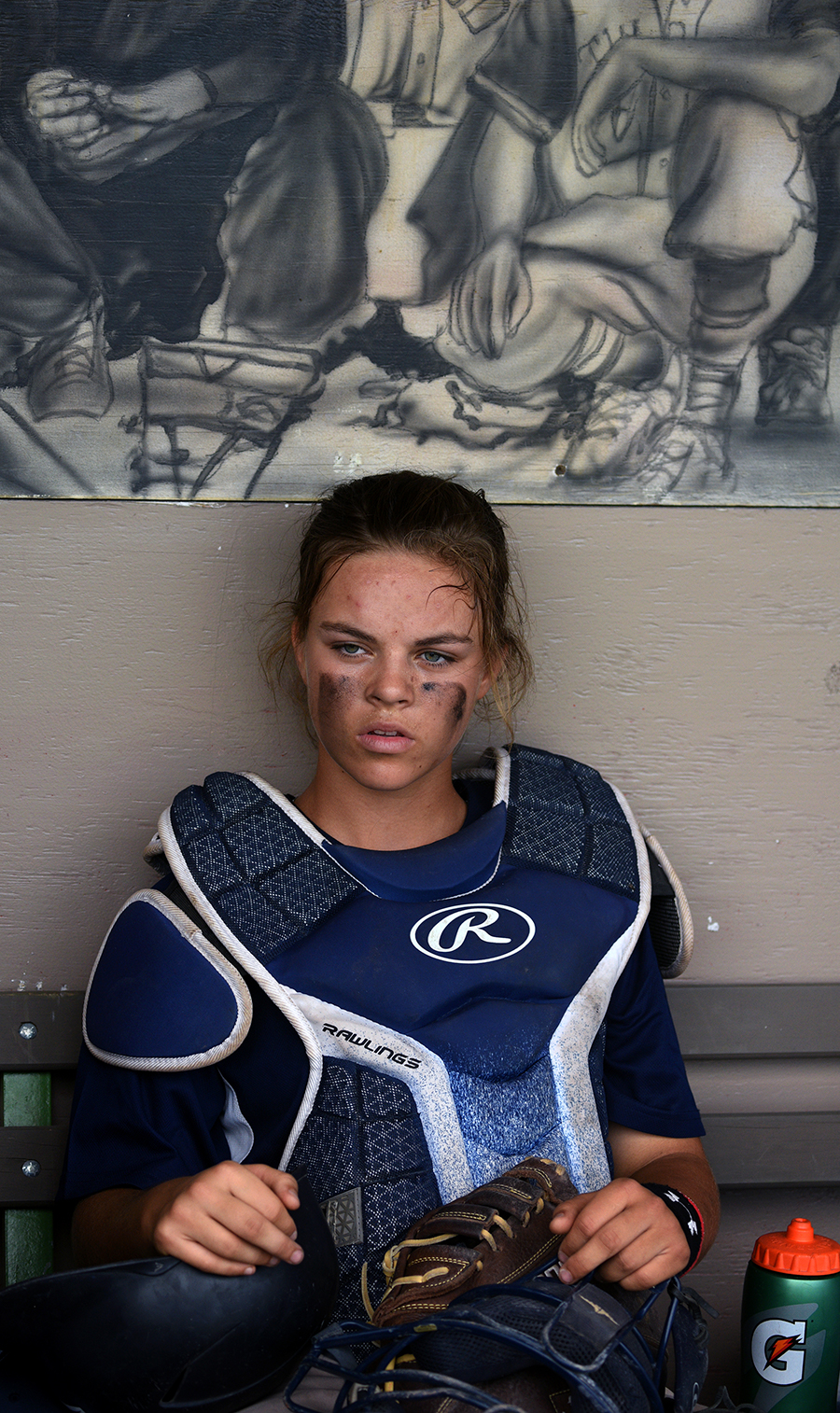 Patry, a 15-year-old pitcher and catcher, is the only girl who plays baseball in her hometown near the French Alps. At the Baseball for All tournament, she joined -- and quickly bonded with -- a team of French speakers from Quebec. After only a few hours of practice with the Natives 18U squad, "I already felt like part of the team," Patry says. "It's amazing. There's no way a tournament like this would take place in France." 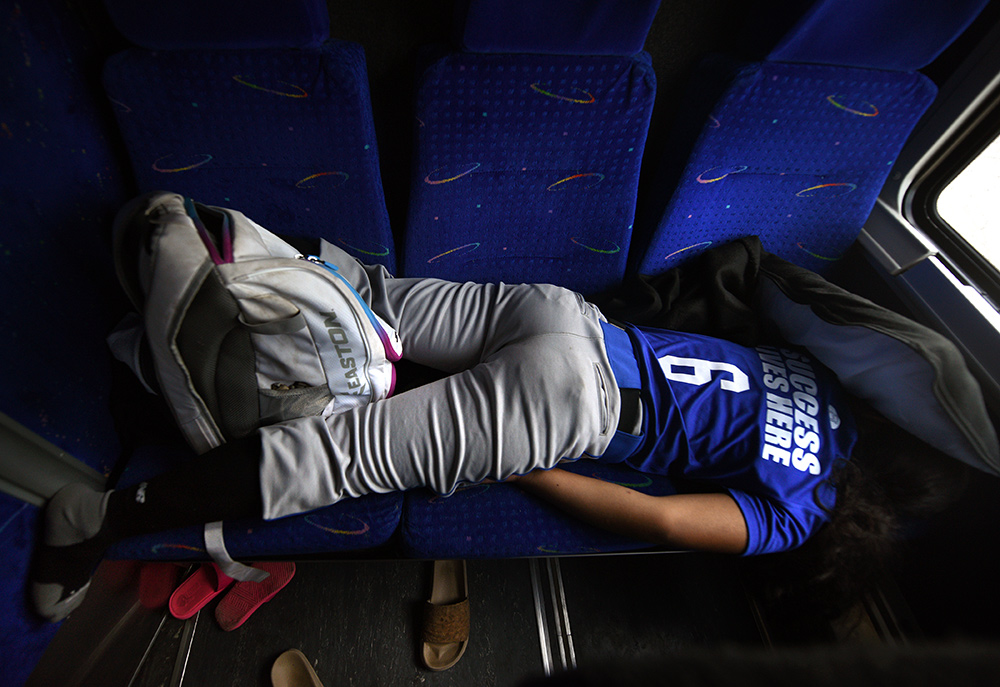 The BASE provided equipment and uniforms for all players and chartered a bus so that players like Yari Mejia, 13, could travel 1,000-plus miles from Roxbury to Rockford for the tournament. "Our program is about baseball, but it's so much more than that," coach Lori Dipina says. "We have college fairs and career days. We also do college visits during school vacation." 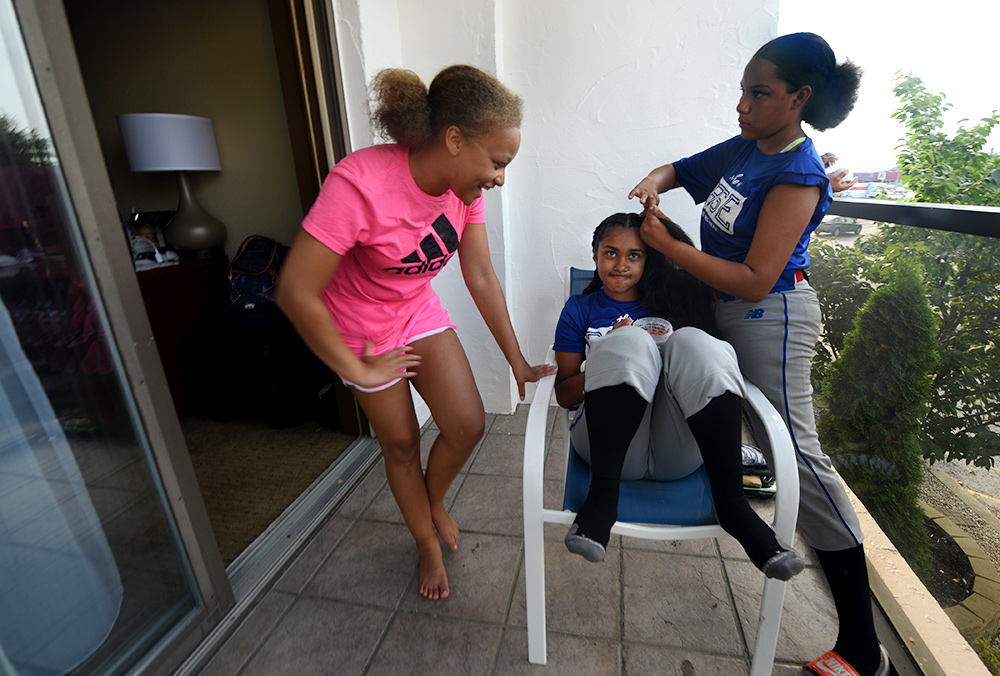 In addition to baseball, the tournament provided plenty of bonding time for Mejia, center, and her teammates Ava Morales, 12, left, and Ericka DeJesus, 13 -- including trips to a local water park, a "Betty Spaghetti" dinner to raise funds for the Rockford-based International Women's Baseball Center and a local minor league game. 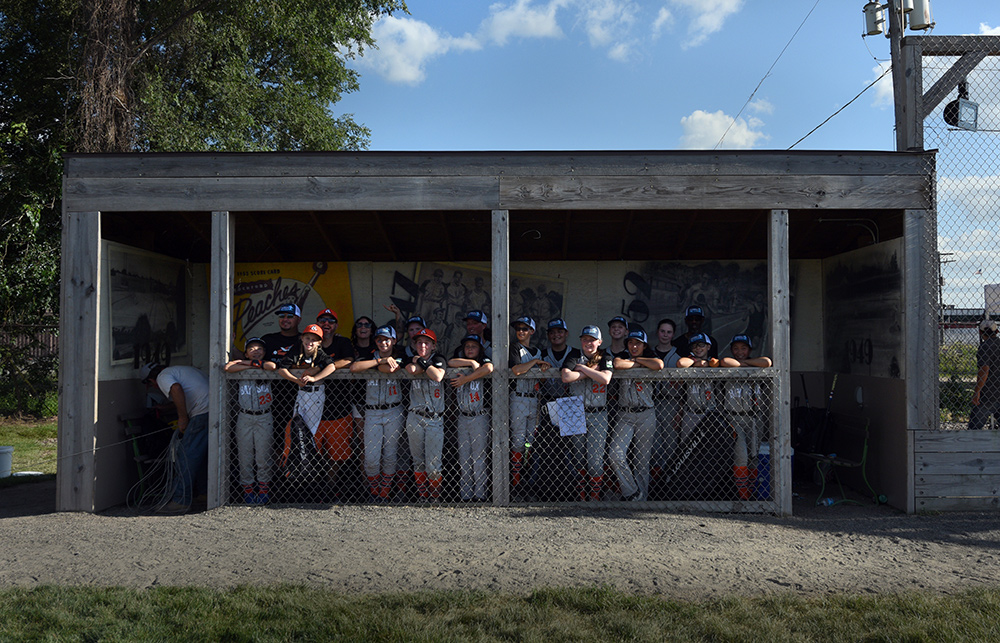 Programs like the San Francisco Bay Sox aim to provide a path forward for girls who want to continue playing the sport. An outgrowth of the San Francisco Parks & Rec Department, the BaySox have grown into the largest girls baseball program in the United States, expanding from one team of 12 girls to providing year-round training and both rec teams and travel teams for more than 80 girls ages 6-18. 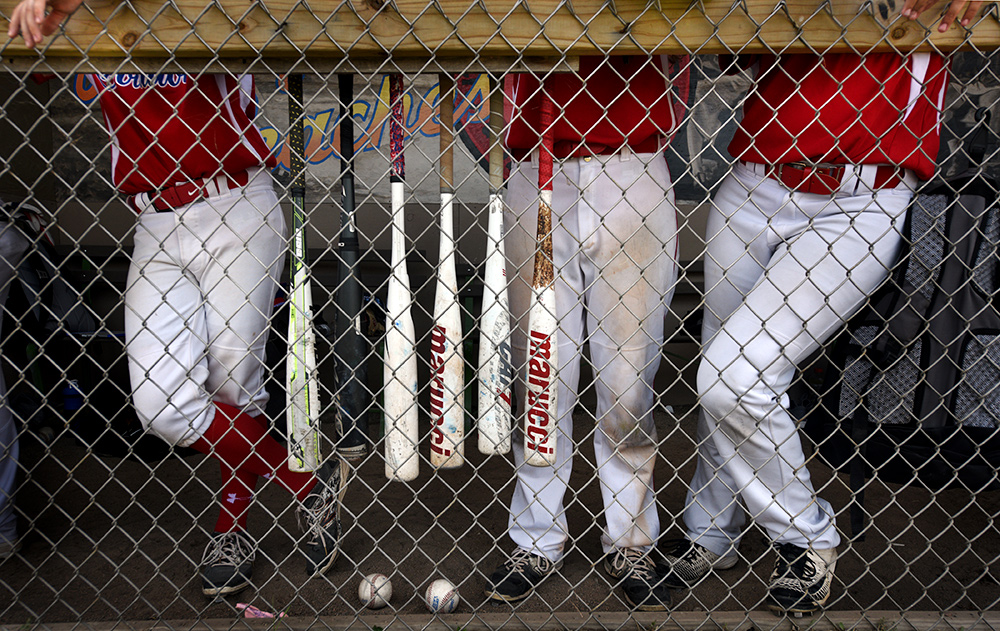 The bats came alive for the Evolution, a California-based team comprised of girls from the Golden State, Hawaii and Nevada, which entered the tournament as defending champions -- and won the 18-under title again following a spirited matchup with the New York Wonders at Rivets Stadium. 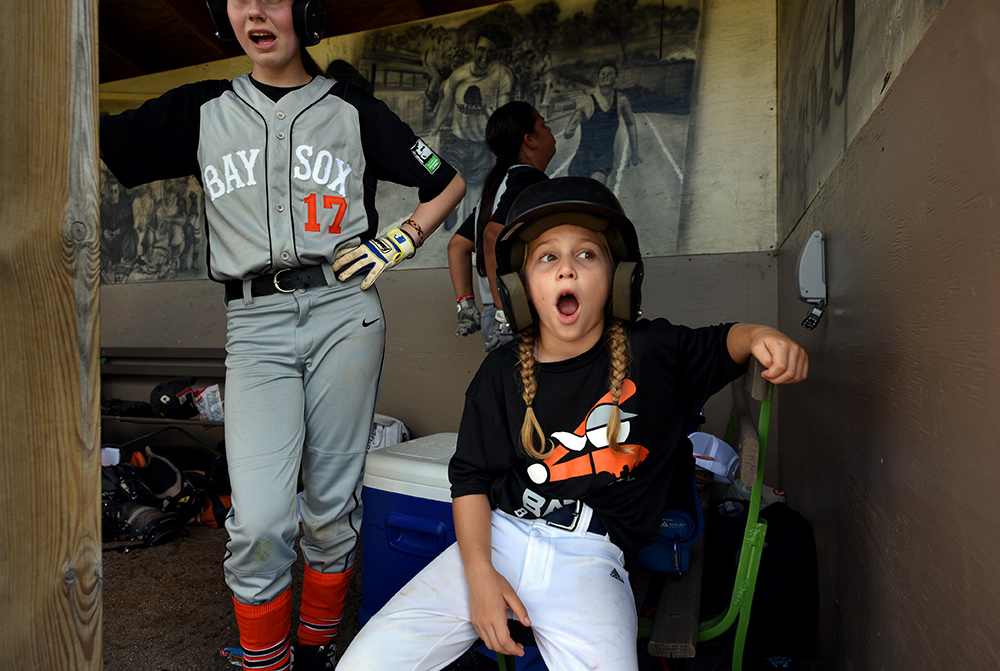 Rio Alcantar, 7, was too young to play in the national tournament this year, so the San Francisco native served as a bat girl for the 14-under BaySox team. BFA is adding a 9-under division next year, and Alcantar says she will be ready. "The men used to say you only can play softball and that wasn't right," she says. "You have to play baseball too. ... Girls, do not believe the boys, please." 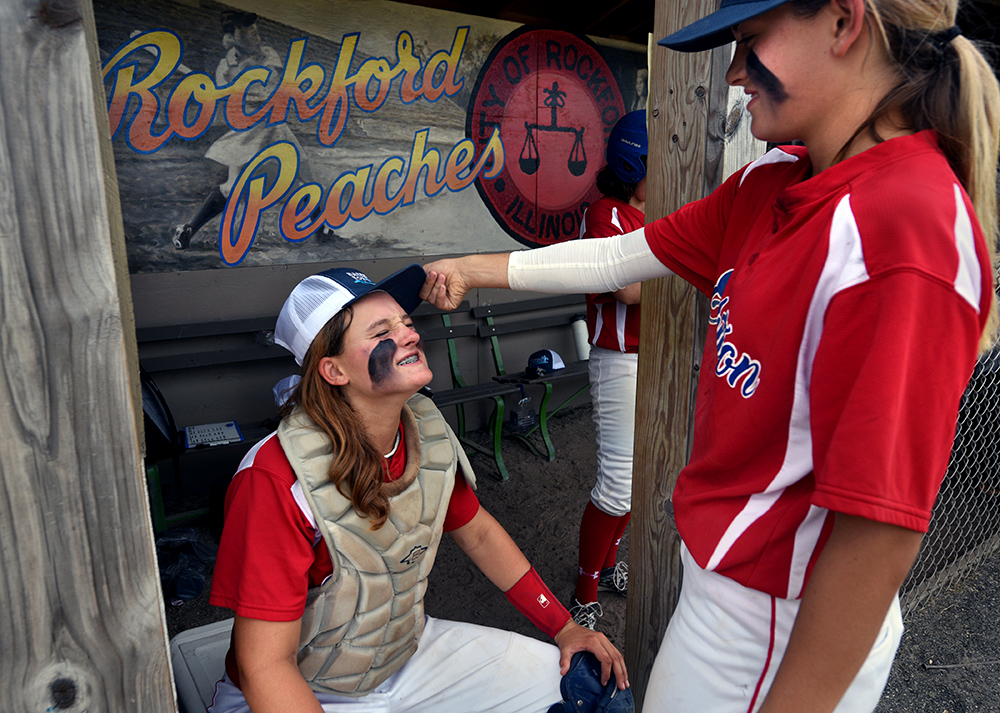 Audrey Byrne, 15, left, and Denae Benites, 16, were among the 280 girls who competed at Baseball For All, the largest all-girls baseball tournament in the country. Teams such as their 18-under Evolution squad competed in the same ballpark where the Rockford Peaches played in the AAGPBL from 1943 to 1954. 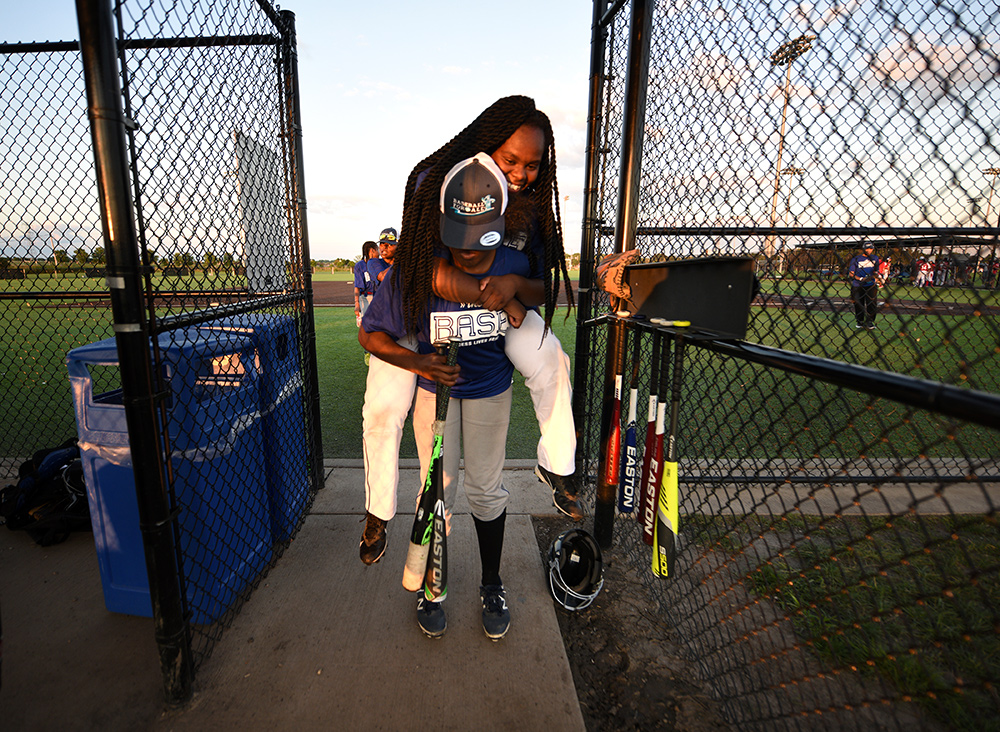 Unlike most of their BASE teammates, pitcher Trayce Brim, 13, top, and teammate Aariyanna Gould, 13, both hail from Chicago -- and have considerable experience with the sport. "I love baseball because I've basically been playing it since I was like 3 years old," says Gould. "I'm used to playing with boys, but I think I could get used to playing with the girls."
You May Also Be Interested In 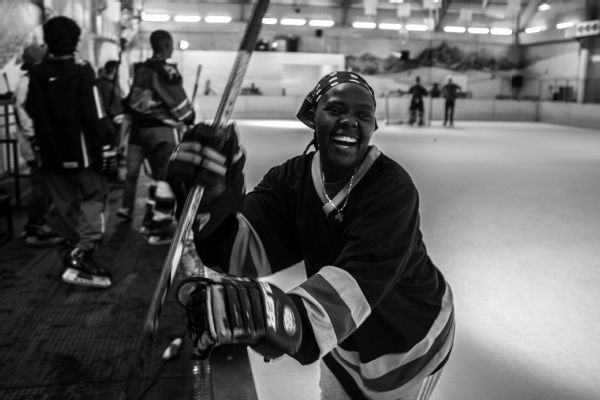 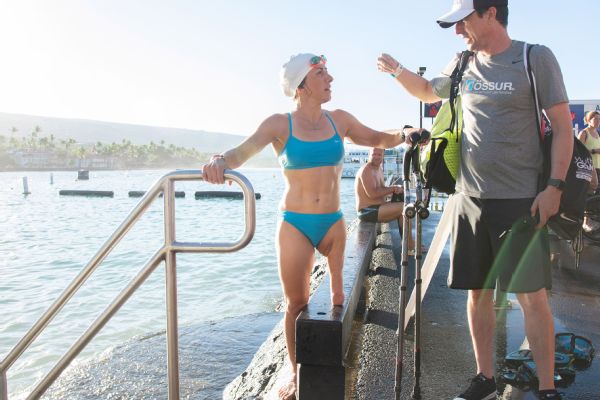 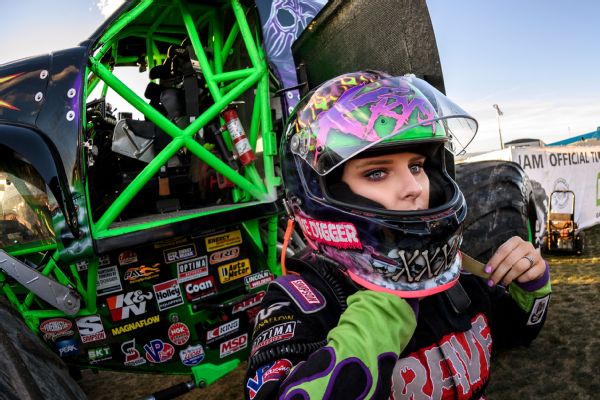