he call came in around 5 on a tepid January night in Gainesville, Florida. Officer Bobby White was patrolling an area nearby when he heard the complaint; kids were playing basketball too loudly in street. The officer on duty for that district was on another call, so White picked it up.

Video from White's dashboard camera shows him pull onto NW 21st Street, where a couple of teenage boys were shooting a basketball on a single hoop over the street.

As his patrol car came to a stop, the boys quit playing. White got out of his car and approached them.

A scene as old and terrifying as the list of headlines that preceded it -- Trayvon Martin, Freddie Gray and others -- but what happened next did not befit the precedent.

There was no confusion. No chaos. Just more basketball.

"Can you believe someone called in a noise complaint about kids playing basketball in the street?" White asked as he approached 17-year-old Aahtrell Johnson.

Officer White quickly smiled -- "Obviously, I ain't got no problem with it."

Then he and the boys started playing together. It began small, with the two kids who were there when he originally pulled up. But as the minutes passed, more kept showing up.

There were the several from inside Tyree Thomas' house -- the hoop stood in his front yard. "My friend came in and said the police was outside," Tyree explained, "so we went outside to see what they did. Turns out they did nothing wrong."

By the time White left, there were eight kids playing. The whole event took about 10 minutes.

"Any time I have a chance, even when I'm not on active duty, to get out and interact with kids in the community, I do so," he said.

A few days after the encounter, officer Ben Tobias, the public information officer for the Gainesville Police Department, posted White's dashboard camera footage online. Since then, it has received more than 17 million views on the department's Facebook page alone.

Overnight, White became the "Basketball Cop," and the hashtag #HoopsNotCrime began to trend.

People also began donating basketballs and hoops. The Orlando Magic invited the group of boys to come to a basketball game and sent their bus to pick them up. Rock sporting apparel sent basketballs. The mayor of Gainesville invited them to his house. The Florida Gators gave them tickets to one of their games.

They've also had a few high-profile drop-ins. Shaquille O'Neal came to Gainesville after he heard the story and played basketball with the kids. The Harlem Globetrotters came to play and gave them game tickets.

"The response has been incredible," White said. He was even able to get a couple of local businesses to donate time and supplies to build a permanent basketball court in Tyree's backyard. The boys would no longer have to play in the street.

"I feel safe," Antwan Thompson said. "Like this is my home." 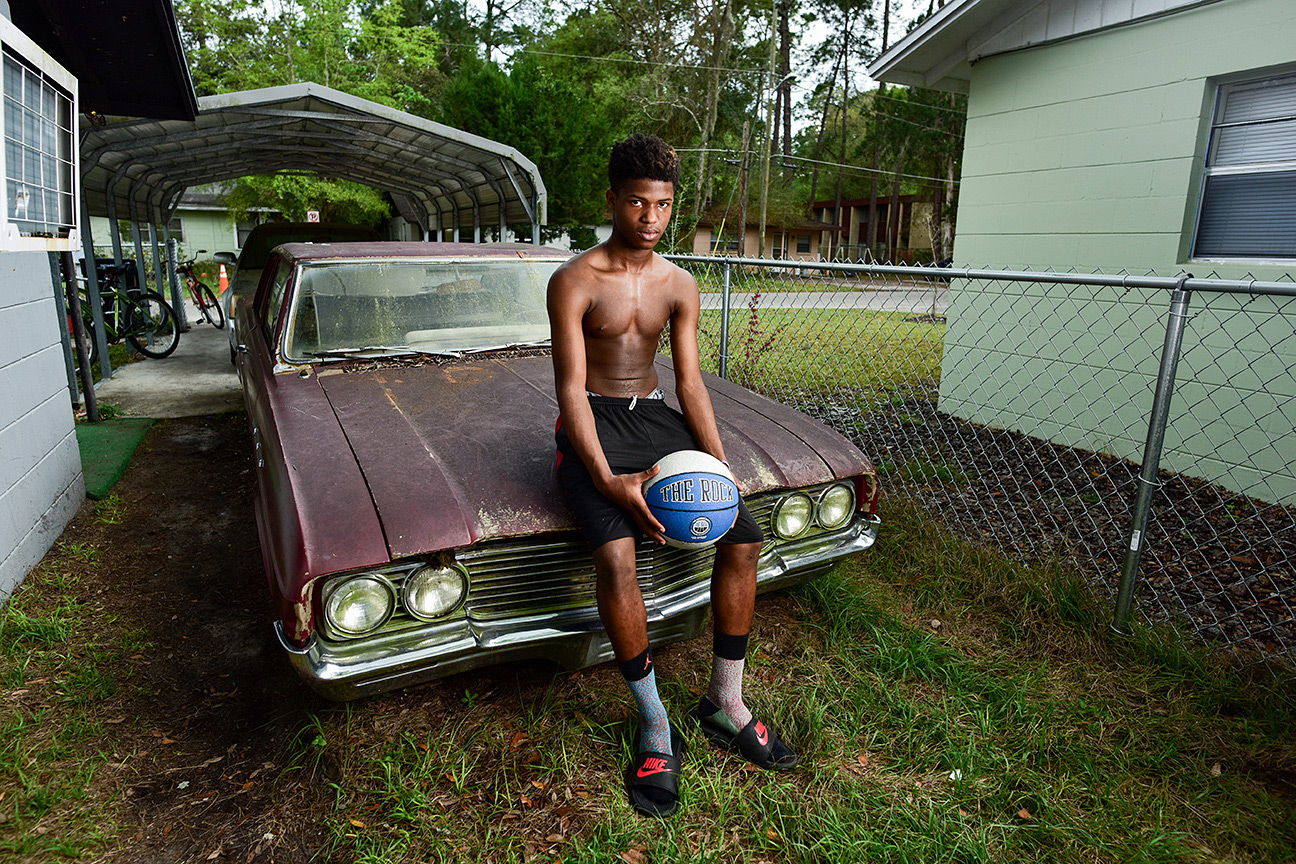 Dennis Darby, 16: "When he started playing basketball with us, like, that's when I knew everything was cool. At first, yeah, I thought they were going to try and say something, but he came up all nice and started playing with us. And from there it just led to something else." 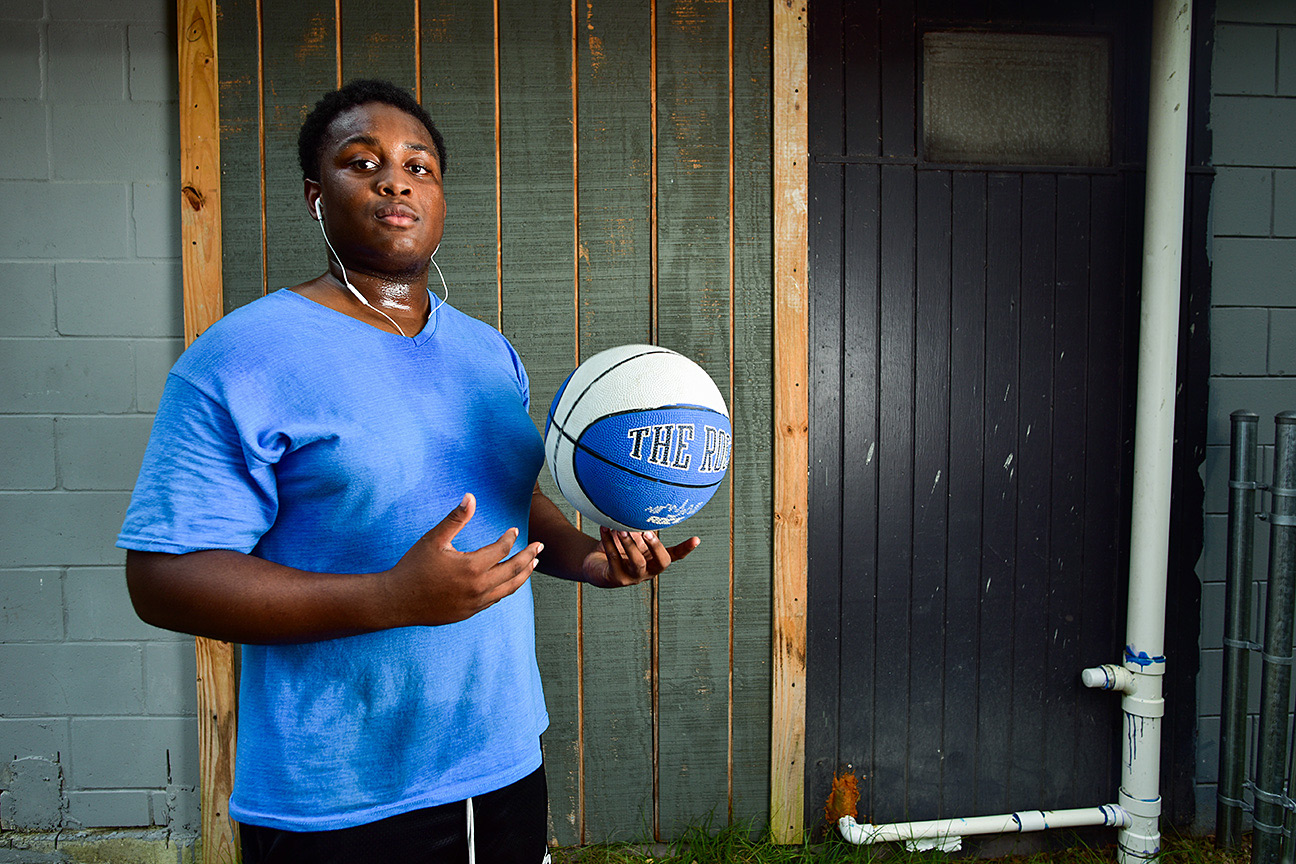 Aahtrell Johnson, 17: "To play with Shaq was just a once-in-a-lifetime thing. It's not every day you get to play with a legend. Not just an NBA player but an NBA legend that was basically unstoppable." 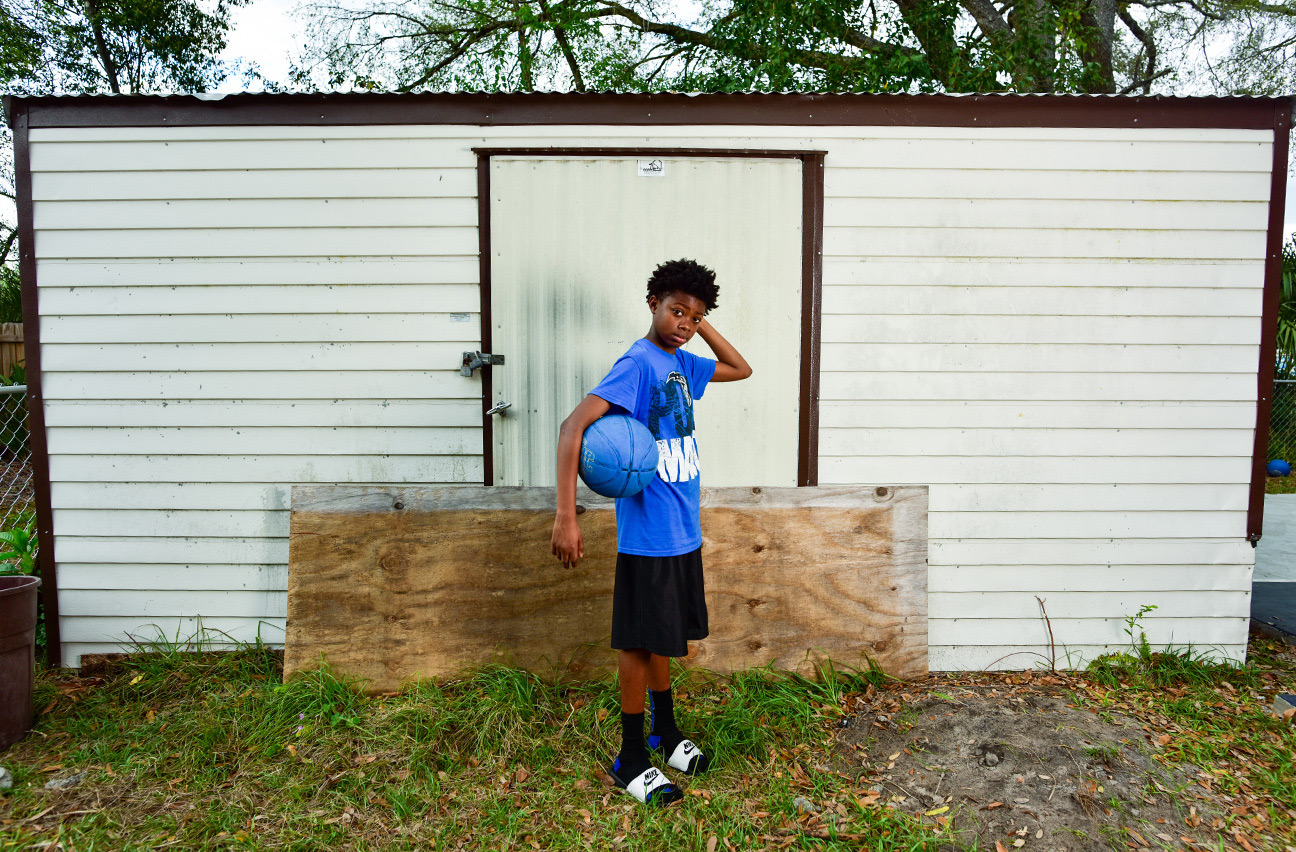 Antwan Thompson, 12: "When Officer White came, everybody thought we were in trouble, but we weren't. All on the news, they [have] been showing cops beating up people and stuff like that but ... this cop right here, he didn't want to hurt nobody. He just wanted to play basketball with us. I play basketball here every day. It's better than playing out there in the street." 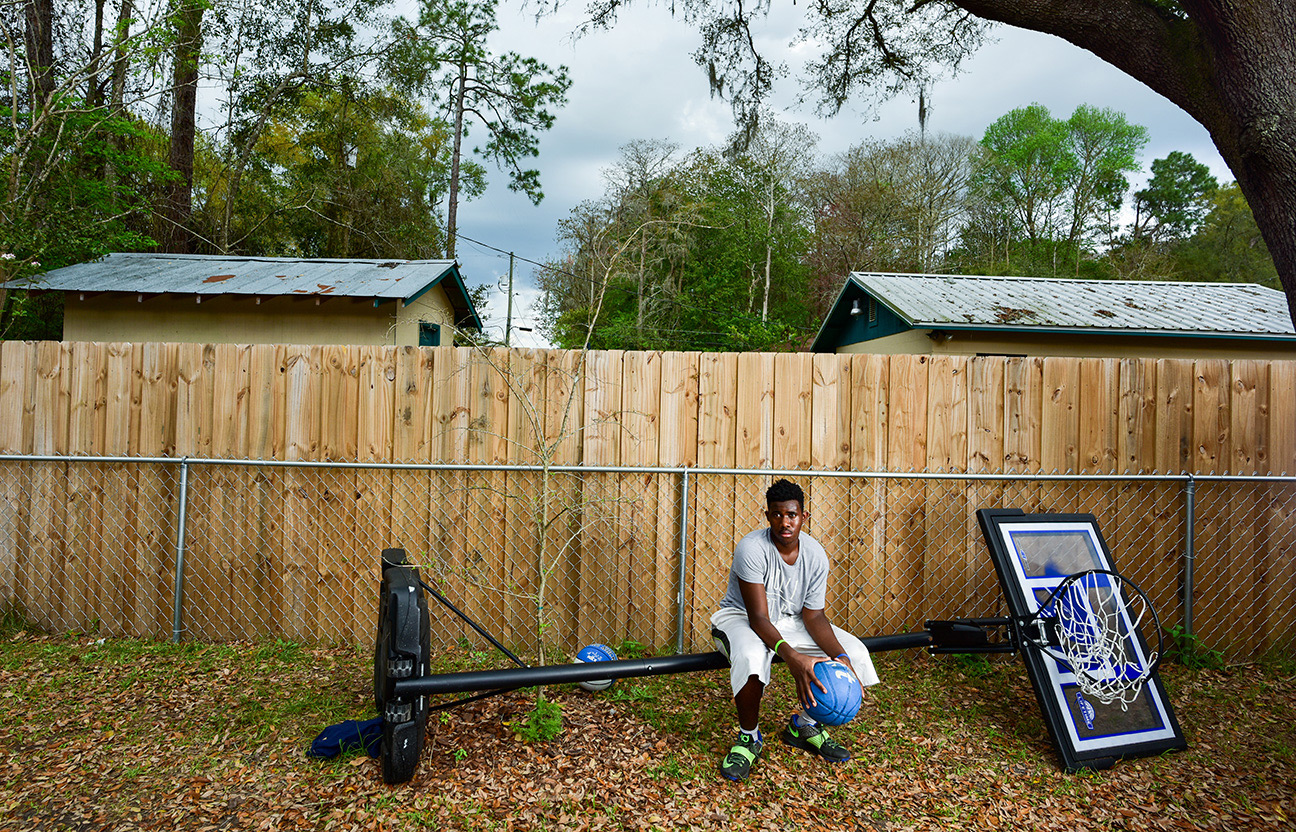 Tyree Thomas, 16: "Basketball in my life is 100 percent important. First school, then basketball. Officer White told us to do good in school, and ever since I [picked] up all my grades and been trying to do what I wanted to do. It's changed my whole life." 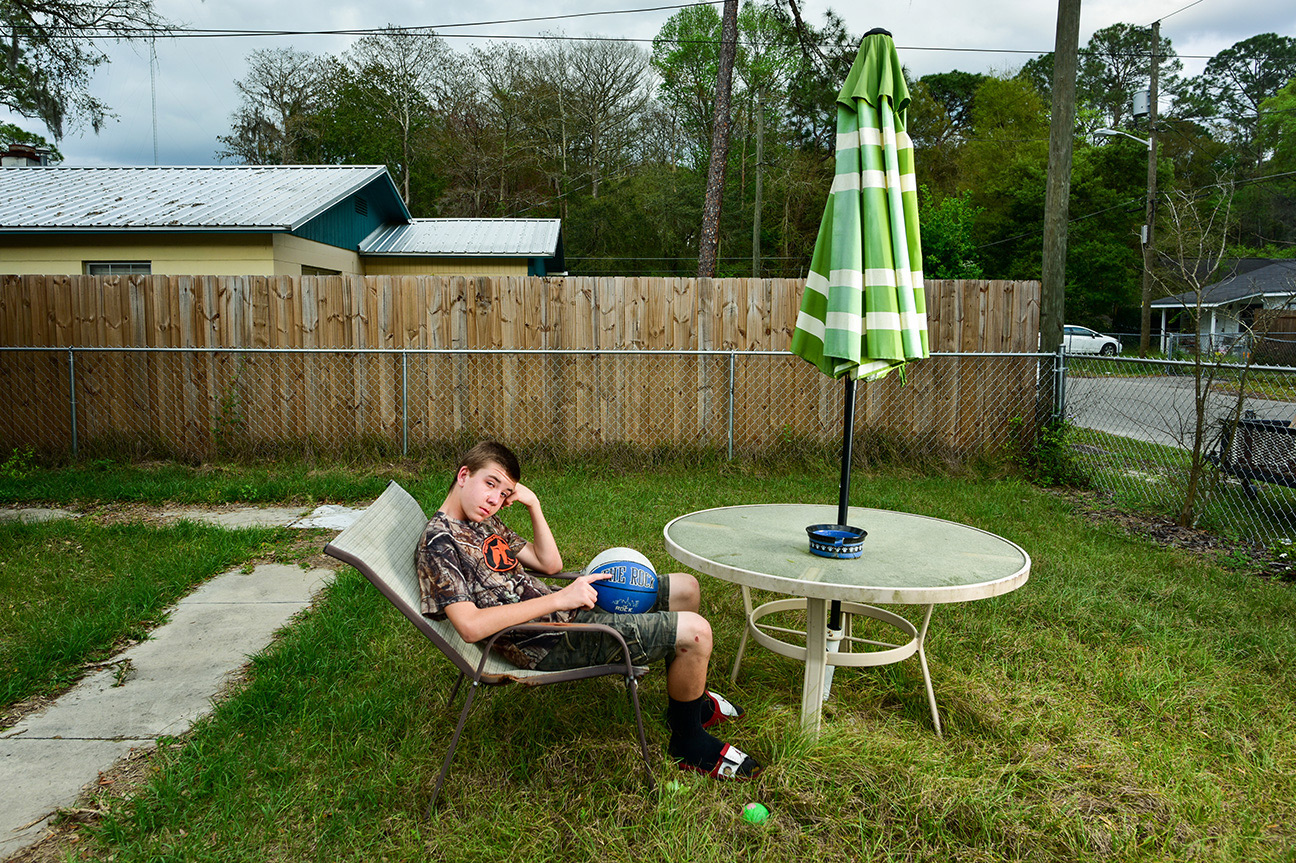 Tyler Cummings, 13: "A few of my friends were already outside, but the rest of us were inside hanging out. Then we were told that a cop was here because we were playing basketball too loud, and the rest of us came outside. At first Officer White talked to us, but then he started playing basketball with us. It was sort of cool because I didn't expect for him to play. Cops can do good things for the community." 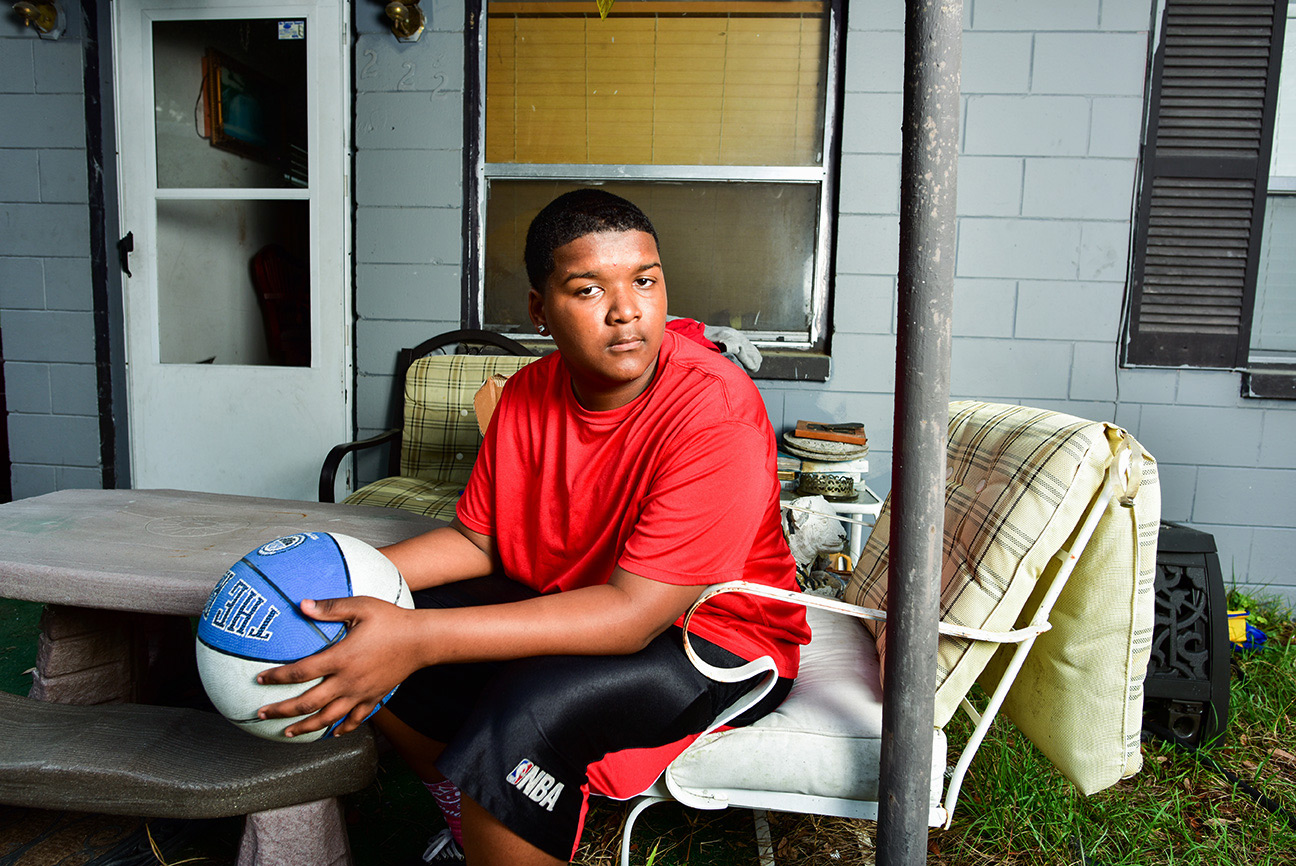 Darryl Lewis, 17: "Everything that's been going on in the news and all that make cops seem like they're bad. To have [White] come out here and build this court for us has just changed everything." 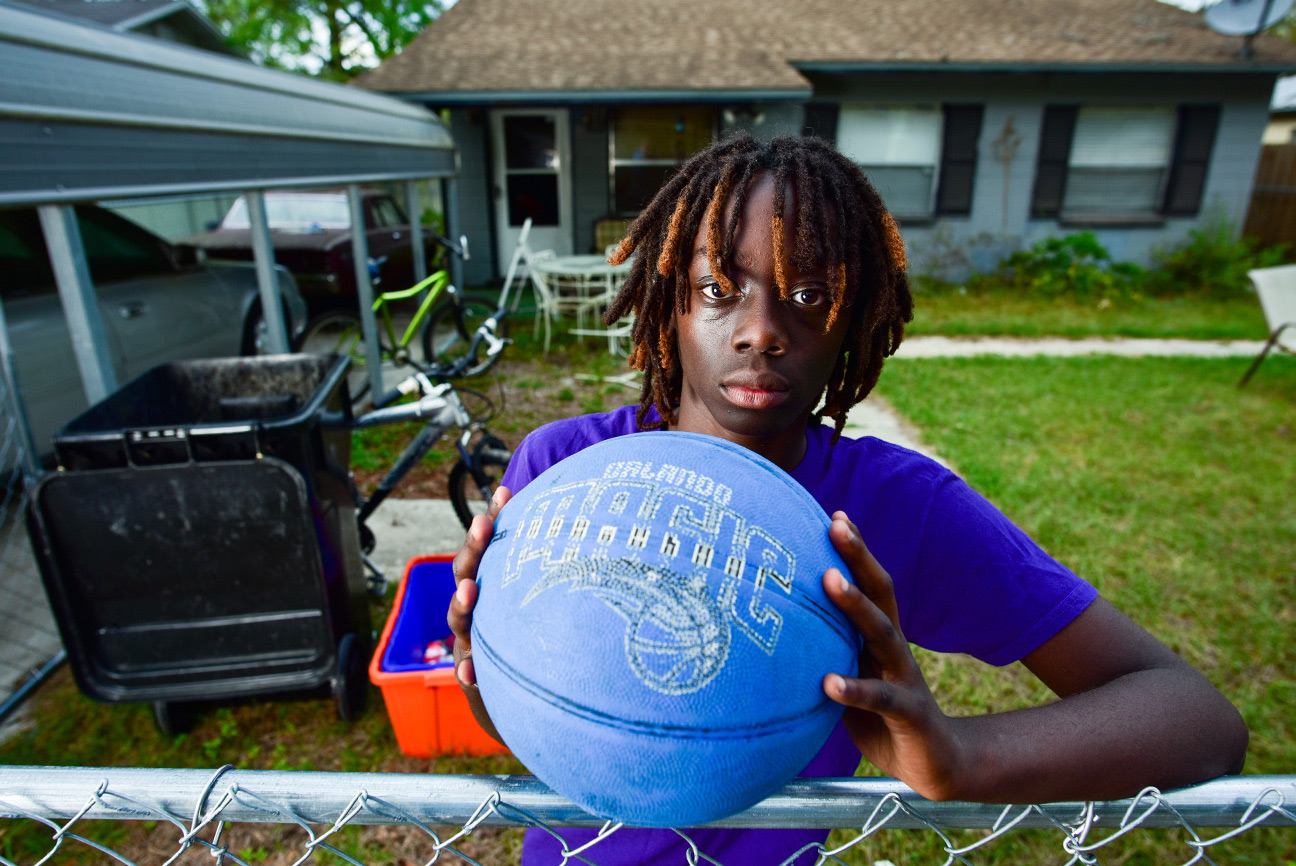 Ahman Covington, 13: "I come over here, and Tyree helps me get better at basketball. We play one-on-one. (I wish I was taller so I could get all the rebounds and stuff.) I come over here mostly every day. Officer White comes out here to check on us and see how we're doing and see how things are going with the court." 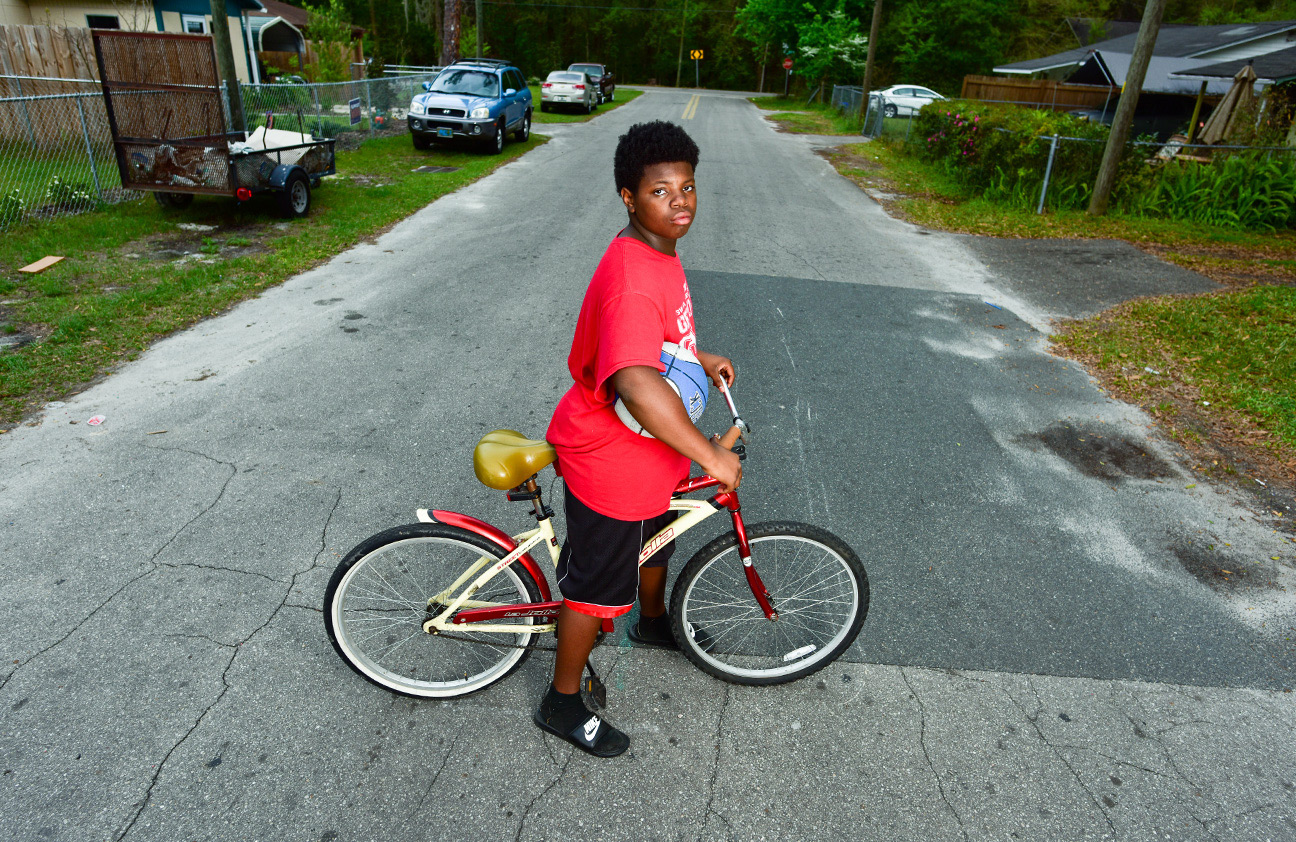 White on his time with the boys: "It's been great. I've gotten to know the kids very well. I've met all their parents. We've gone on road trips to Orlando Magic games and [Florida] Gator basketball games. I come out here on a regular basis on duty, and I'll come by off duty sometimes to see how they're doing" (Pictured: Fabian McCullough-McKnight, 14) 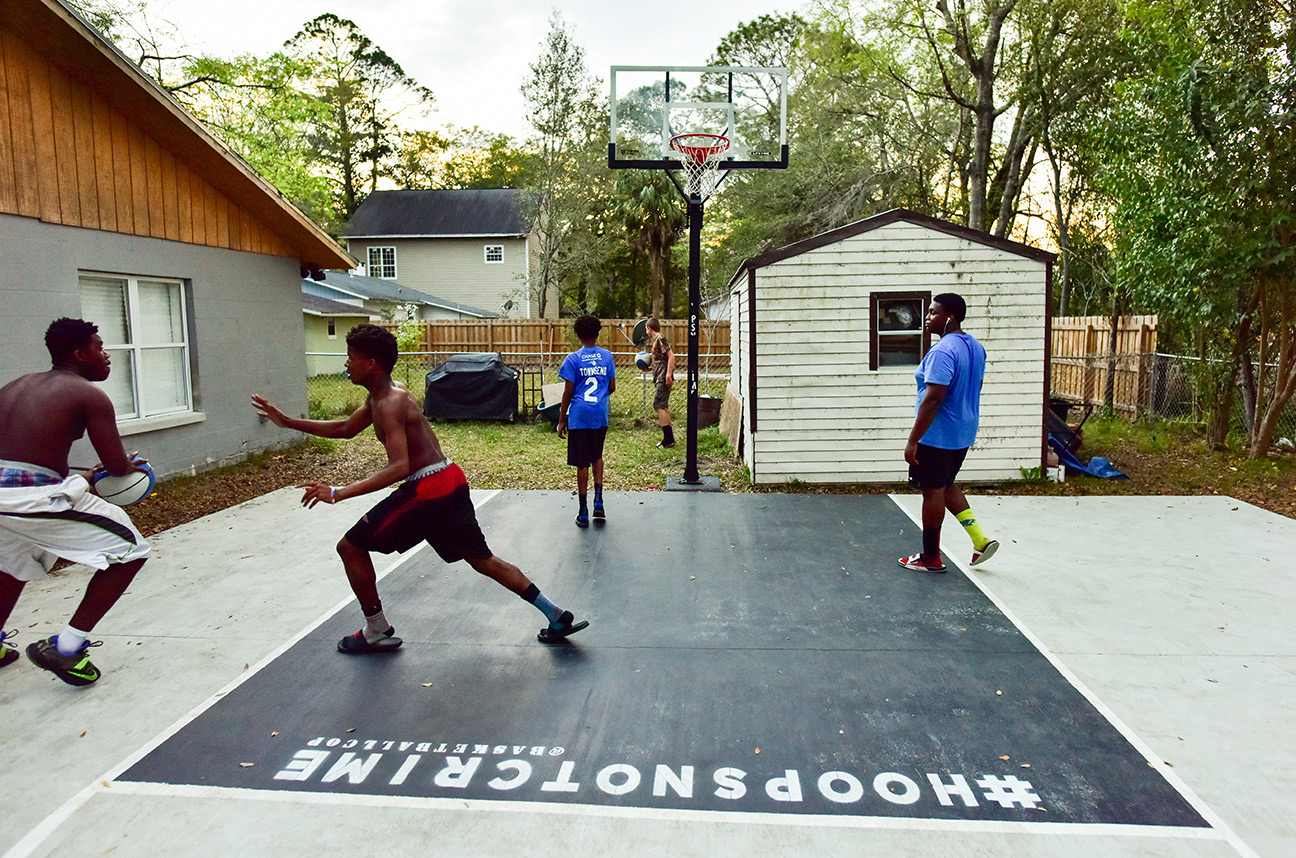 Through the Basketball Cop Foundation, White wants to raise enough money to build courts in Gainesville and send supplies to other towns. He has already shipped hoops and balls to the police departments in Pittsfield, Massachusetts; Nampa, Idaho; and Midland, Texas.