Open the Swedish dictionary, flick to the letter Z and shortly after running your finger down the page, you will come across "zlatanera." The literal definition is "to Zlatan." Figuratively it means "to dominate" and, after originally being coined by a French satirical show, it was accepted for entry by the Swedish Language Council in 2012. 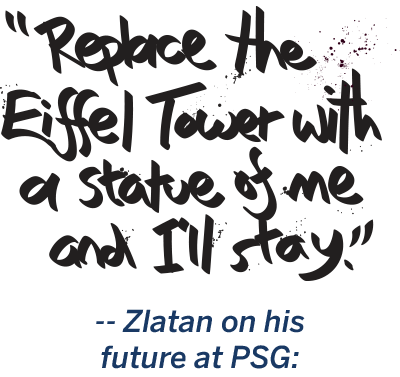 A couple of years later, the Swedish post office announced its own way of recognising Zlatan. It released a "zlamp," the special commemorative stamp celebrating his performance against England and the Puskas Award-winning bicycle kick he scored. Five million of them were pre-ordered; one imagines they were all first class.

Then last October, Zlatan picked up a Gold Record award. His own take on "Du Gamla, Du Fria" (the Swedish national anthem) had been streamed three million times in Sweden. "Rumour has it that it's the most streamed national anthem ever," posted Zlatan on Instagram.

To get a genuine appreciation of Zlatan's impact and influence, you have to localize. What makes him special and arguably sets him apart from fellow members of the League of Extraordinary Footballers, is that he has changed how a nation thinks about itself. Zlatan's motivation for putting his own spin on the national anthem was not completely egotistical. Aside from being "boring," he felt the original version didn't represent him, nor modern Sweden. "It hasn't clicked for me," he said to Dagens Industri. Zlatan's interpretation, by contrast, "is what Sweden looks like" today. 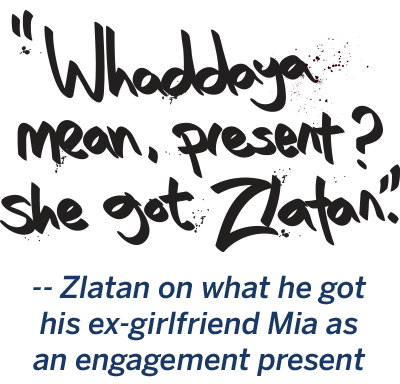 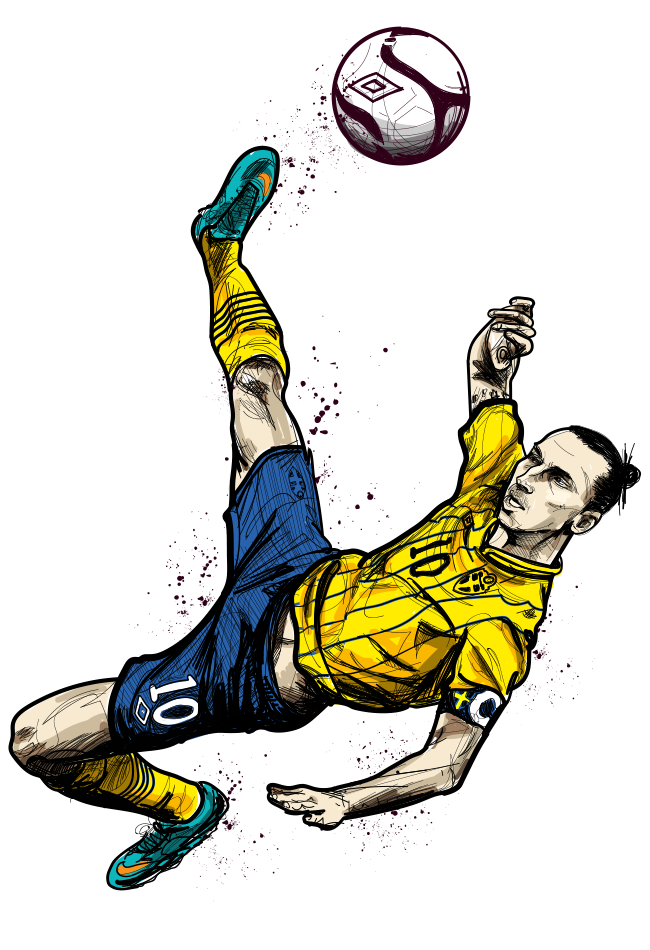 "I do not speak perfect Swedish, but that is how it is. Mixtures everywhere. We are all different, yet equal. My dad is from Bosnia and Muslim. My mother is Croatian and Catholic. But I was born in Sweden and am a Swedish citizen. You cannot change that."

When Zlatan was a boy he felt like he was "from Mars" and didn't fit in. He had a lisp and couldn't pronounce the letter "s." Rosengard, Sweden, where he grew up, was full of "Somalis, Turks, Yugos, Poles -- all sorts of immigrants -- and Swedes," but there was "no Swedish-style civilised conversation at home." He was 20 before he saw his first Swedish film. "I didn't have a clue about any Swedish heroes or sporting figures, like Ingemar Stenmark or anybody."

While most wannabe footballers his age in Sweden wanted to become the next Thomas Ravelli, Martin Dahlin or Thomas Brolin, he was "into Brazilian stuff and tricks" and would "download all kinds of feints that Ronaldo and Romario were doing." He was different. The outsider. Parents of the "blonde and well-behaved" kids in Malmo's academy organised a petition to stop him playing for the team. "When it really comes down to it, they didn't want any brown kids or hotheads who did showy Brazilian moves all the time."

How things have changed.

Never afraid of what the camera might record, Ibrahimovic has provided more than a few memorable clips down the years. 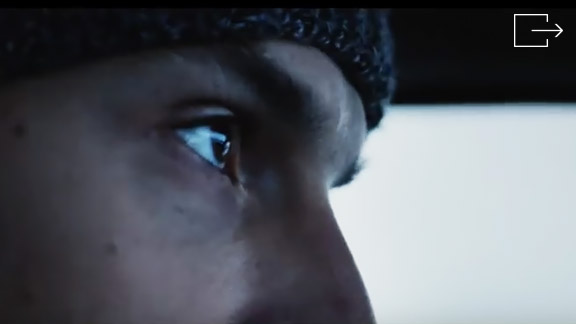 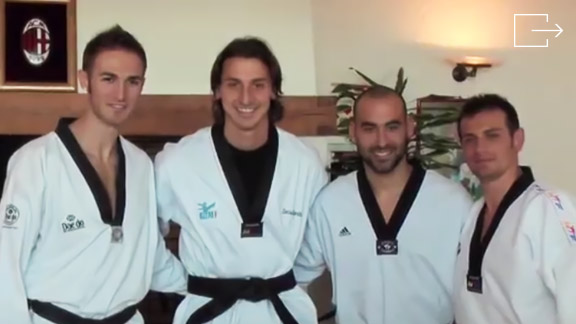 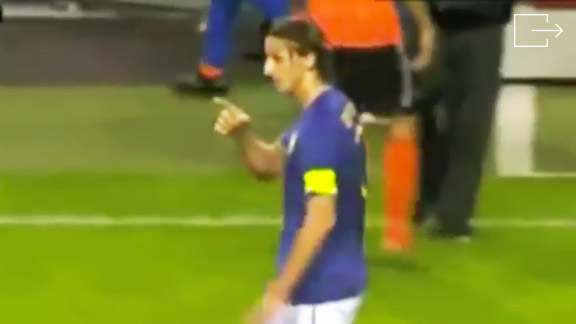 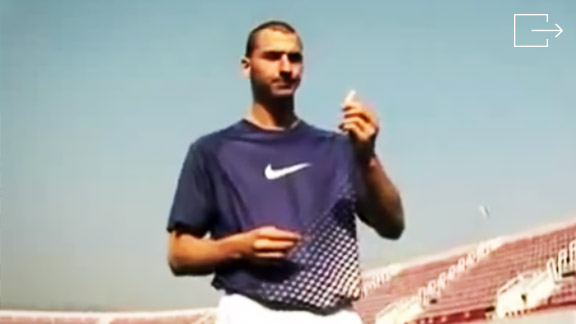 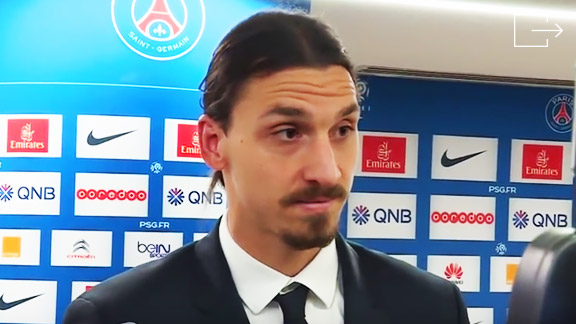 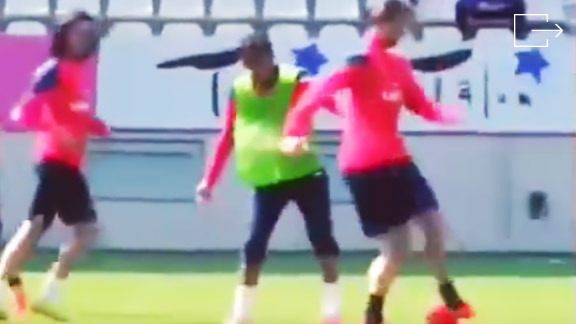 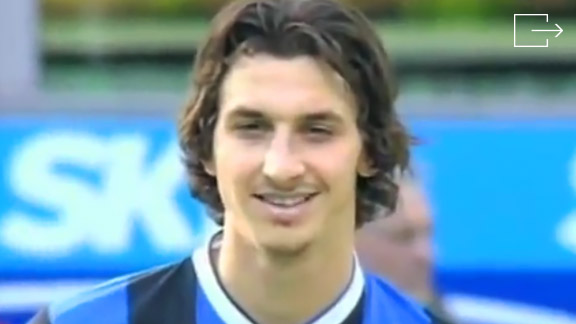 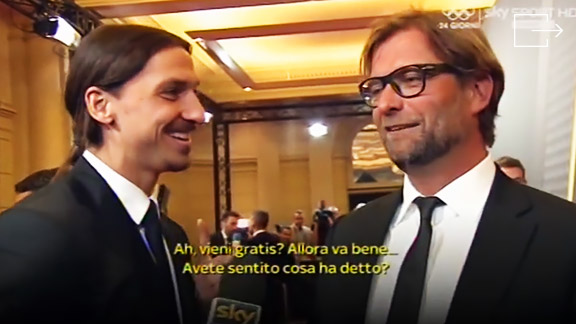 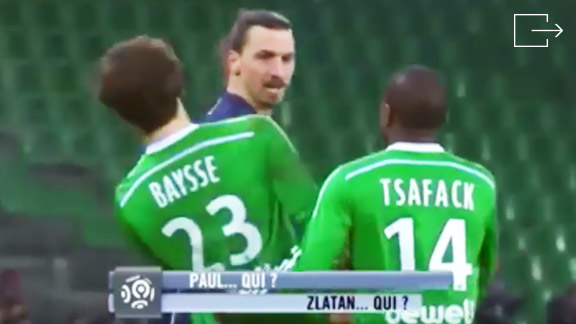 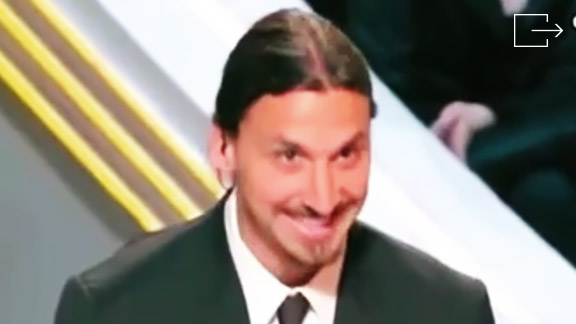 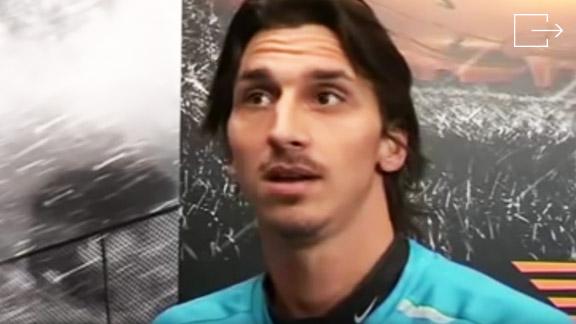 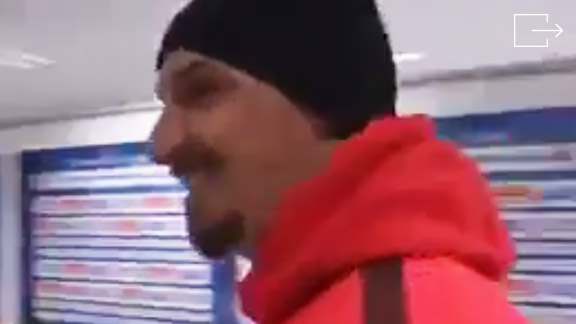 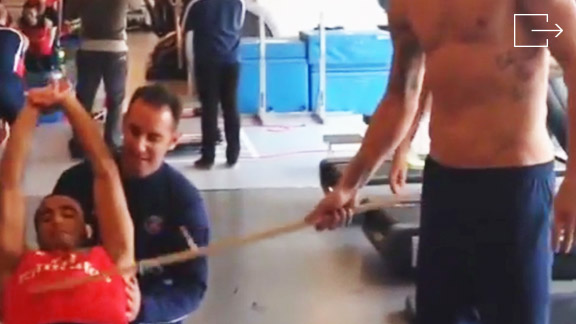 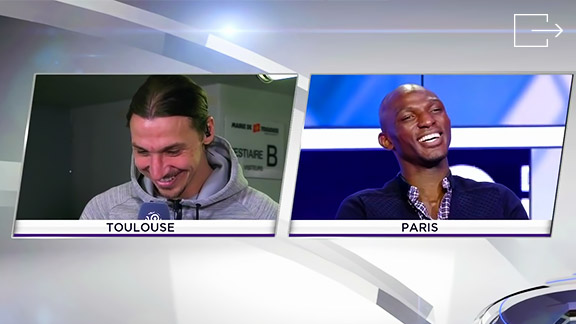 When Princess Madeleine and her British-American husband announced they were expecting a baby boy in 2015, one of the papers in Sweden had a few name suggestions. Zlatan, 34, was one of them because he "embodies Sweden's open and tolerant approach to immigrants." With that in mind, maybe the Swedish Language Council should add that to its definition of "zlatanera." No one is more symbolic of the New Sweden than Zlatan.

Ask people around the world what or who they identify Sweden with and Zlatan is up there holding his own, if not out-performing Ikea, Abba, Ingmar Bergman, Alfred Nobel and Stieg Larsson. Indeed, it's hard to think of any Swede under 40 who is more famous than Ibra. People identify the country with him; Zlatan, tongue firmly in-cheek, believes he has "put Sweden on the world map." After four years at Paris Saint-Germain, he thinks he has "put France on the world map, too." 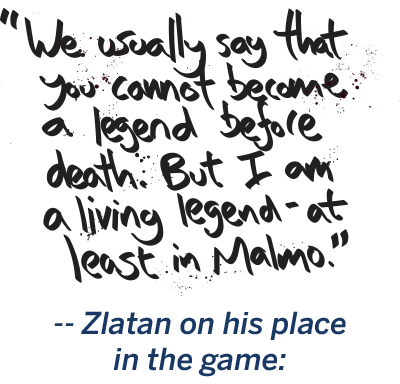 It makes this summer's European Championship of great personal significance. Unless he jets off to Brazil to represent his country at the Olympics, this tournament promises to be his last for Sweden. It could be Zlatan's final act in France, too, given that he is to leave PSG for four seasons. "Replace the Eiffel Tower with a statue of me and I'll stay," he said, joking, before he chose to move on.

His cult of personality is so huge in France that even the snobbish custodians of haute cuisine haven't been able to resist. The menu at Doddy's Coffee in the Paris suburb of Boulogne-Billancourt features a 600g burger with onions, bacon and three different kinds of cheese known as Le Zlatan.

Players and coaches on Zlatan

Ibrahimovic has played with and for some of the game's greats. Not surprisingly, he made an impact on pretty much all of them!

When Sweden begins their tournament against the Republic of Ireland in Paris on June 13, the locals will not be neutral. Zlatan will get the same support Diego Maradona did when he played for Argentina at Italia '90 and you can bet it will extend beyond the capital as well. Four days after the Ireland game, Sweden plays Italy ("my second home") in Toulouse. Their hosts, TFC, rather oddly sent Zlatan a message on his 33rd birthday referring to him as "Oh great Z." A box of presents included a couple of Toulouse shirts with his sons' names on the back, a copy of the latest "Call of Duty" video game for his Xbox and a balm to heal a heel injury.

It's Zlatan's heel that instantly springs to mind when you think of him at the European Championships. More specifically, Zlatan using it to flick the ball into the top corner against Italy in 2004. If ever there was a more quintessential Zlatan goal, a special move for a character that would not seem out of place in Street Fighter II or Mortal Kombat, it's precisely strikes like this one, and the regularity with which he scores mind-boggling variations of them, that make him such a unique talent. Italy's Taekwondo team once even felt compelled to make him an honorary black belt. 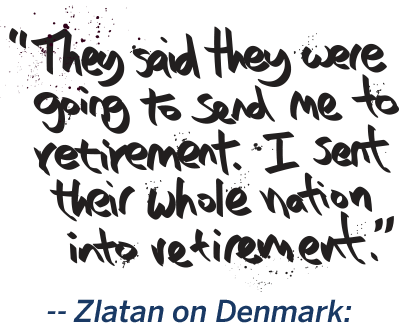 Zlatan is by no means finished. Sweden and PSG's all-time top scorer goes into this European Championship on the back of the most prolific season of any PSG player since Carlos Bianchi in 1978 with 35 goals in 29 appearances. He is not considering hanging up his boots, either. This past November, Denmark tried to send him into early retirement during the playoffs only for Zlatan to score three times in a 4-3 aggregate win, qualifying Sweden for the Euros at their expense.

James HorncastleJames contributes to ESPN FC, Guardian Football Weekly, FourFourTwo and The Blizzard.
Photo Gallery
The World According to Zlatan 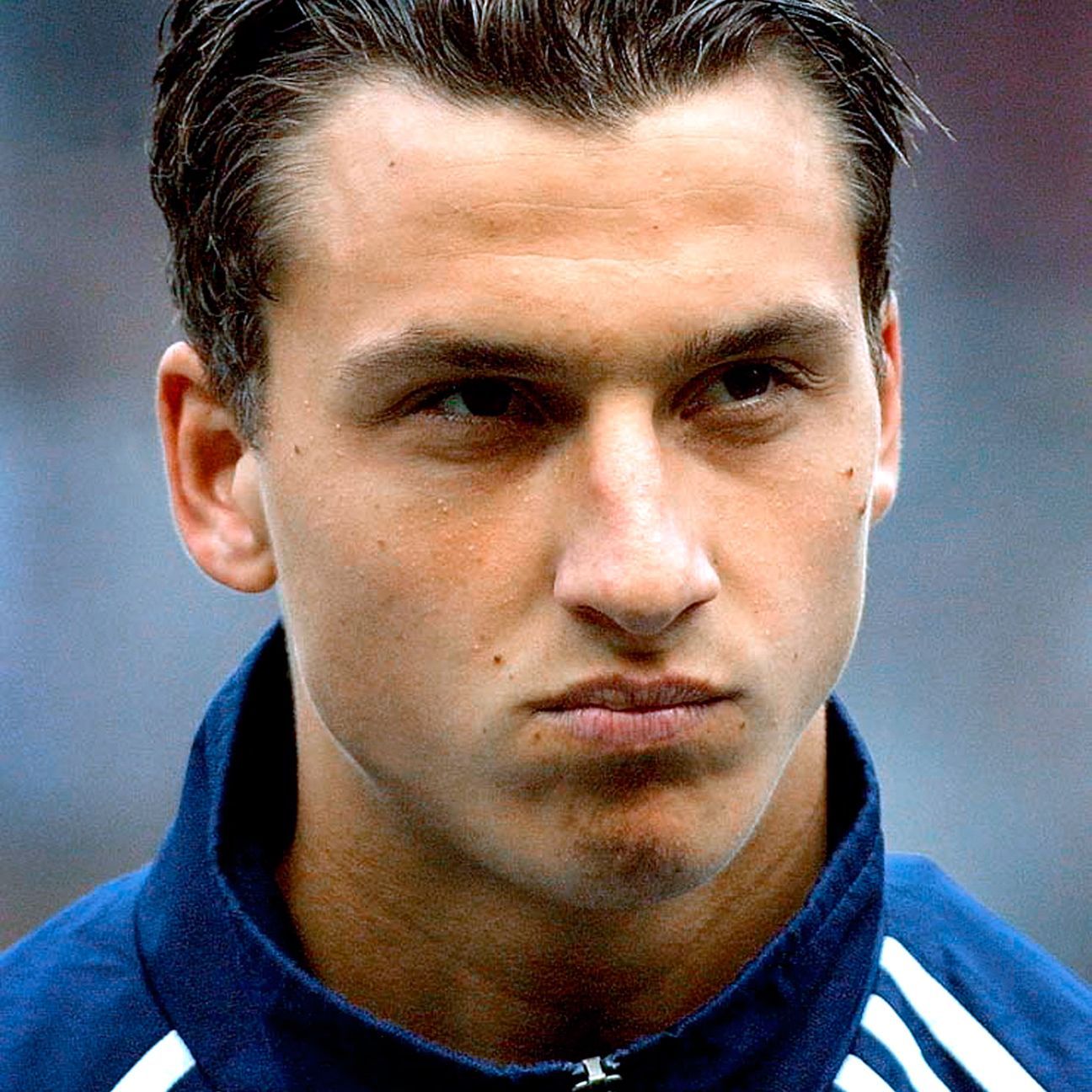 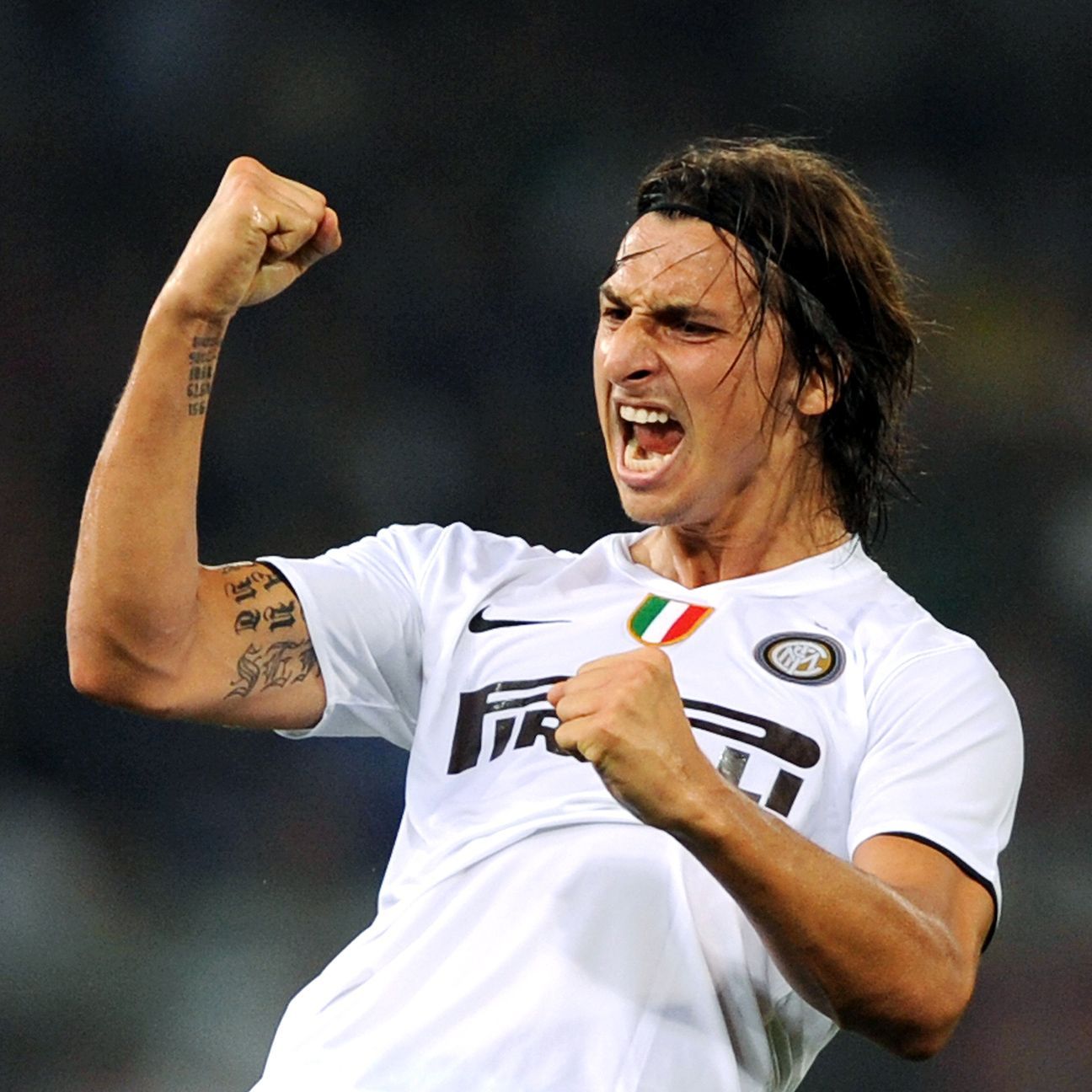 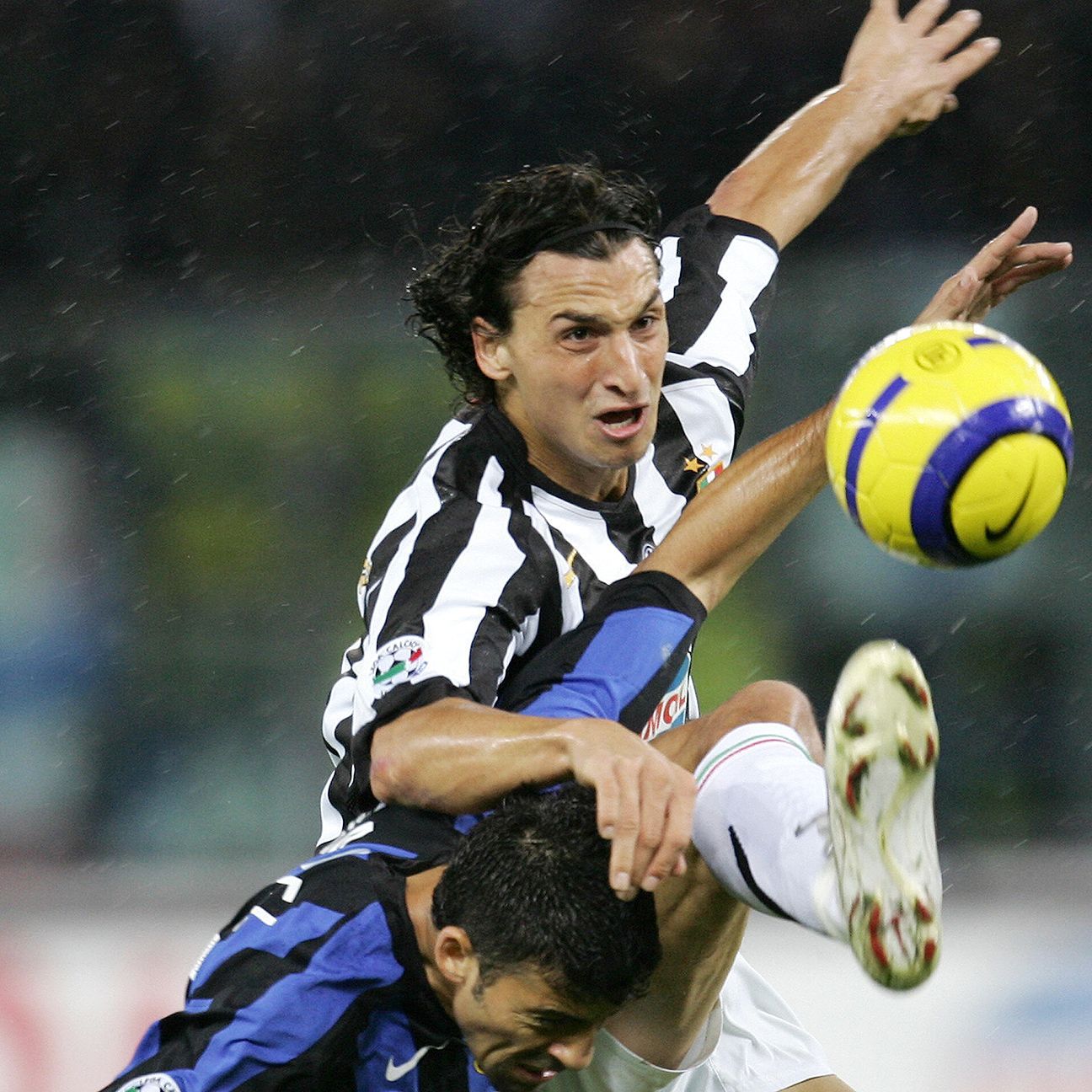 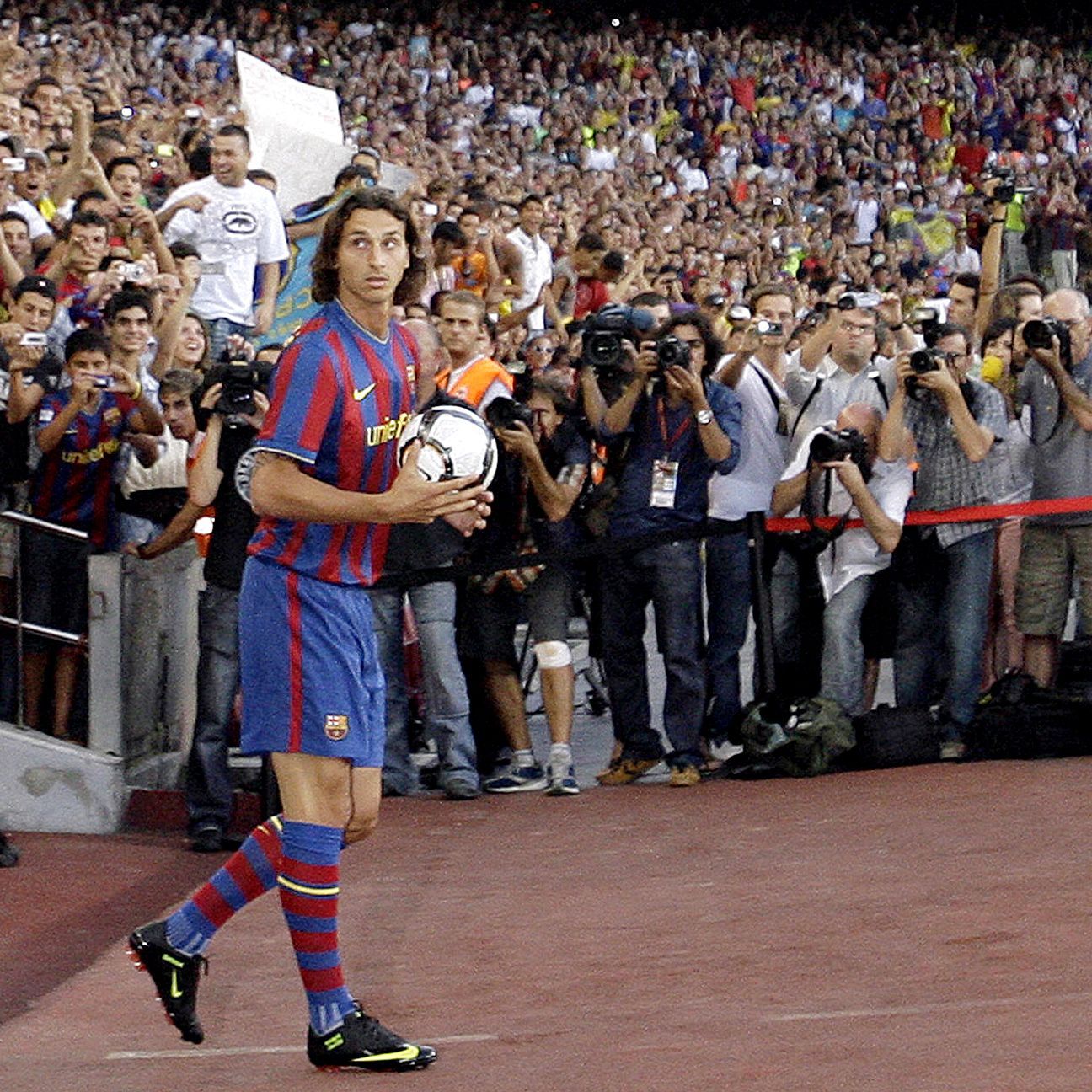 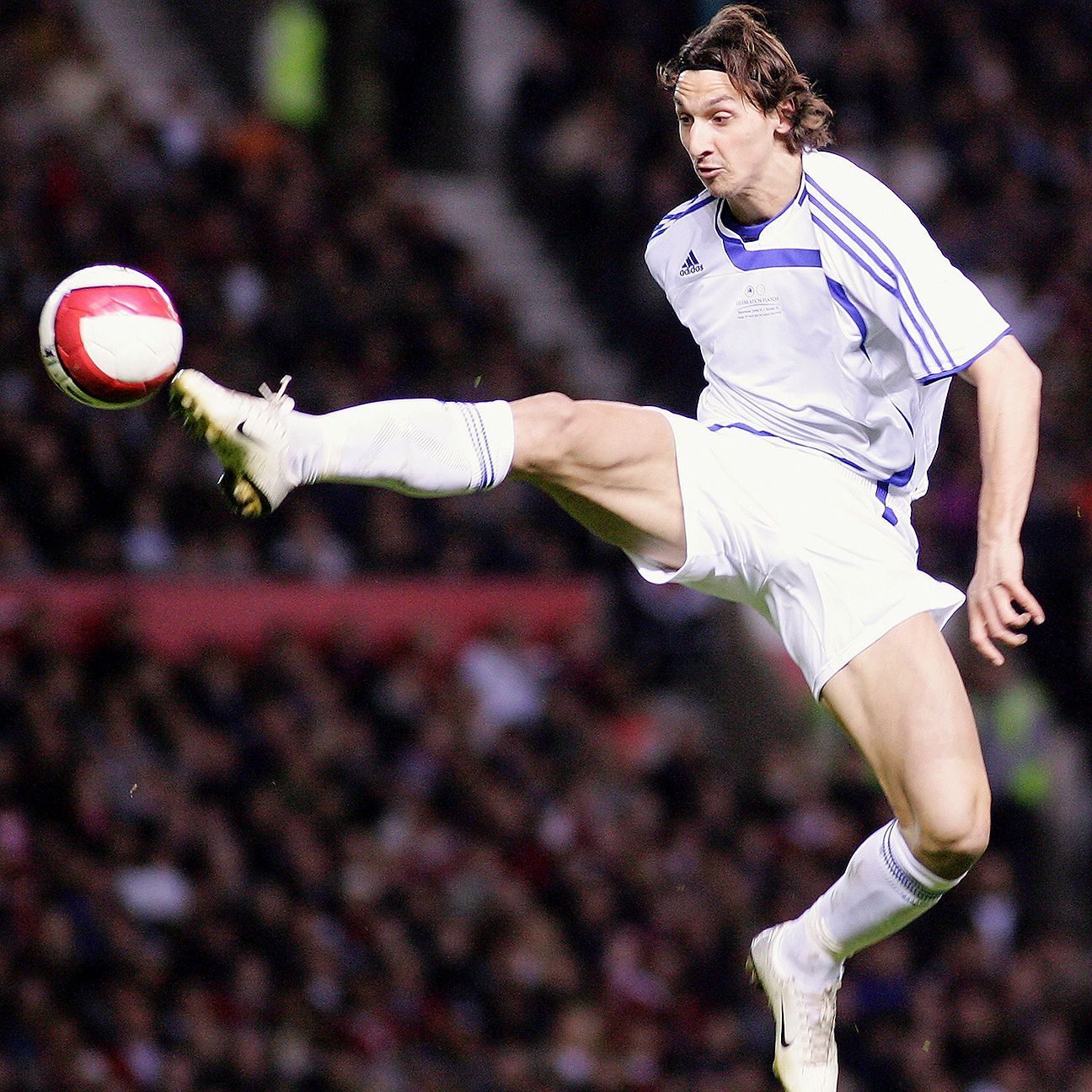 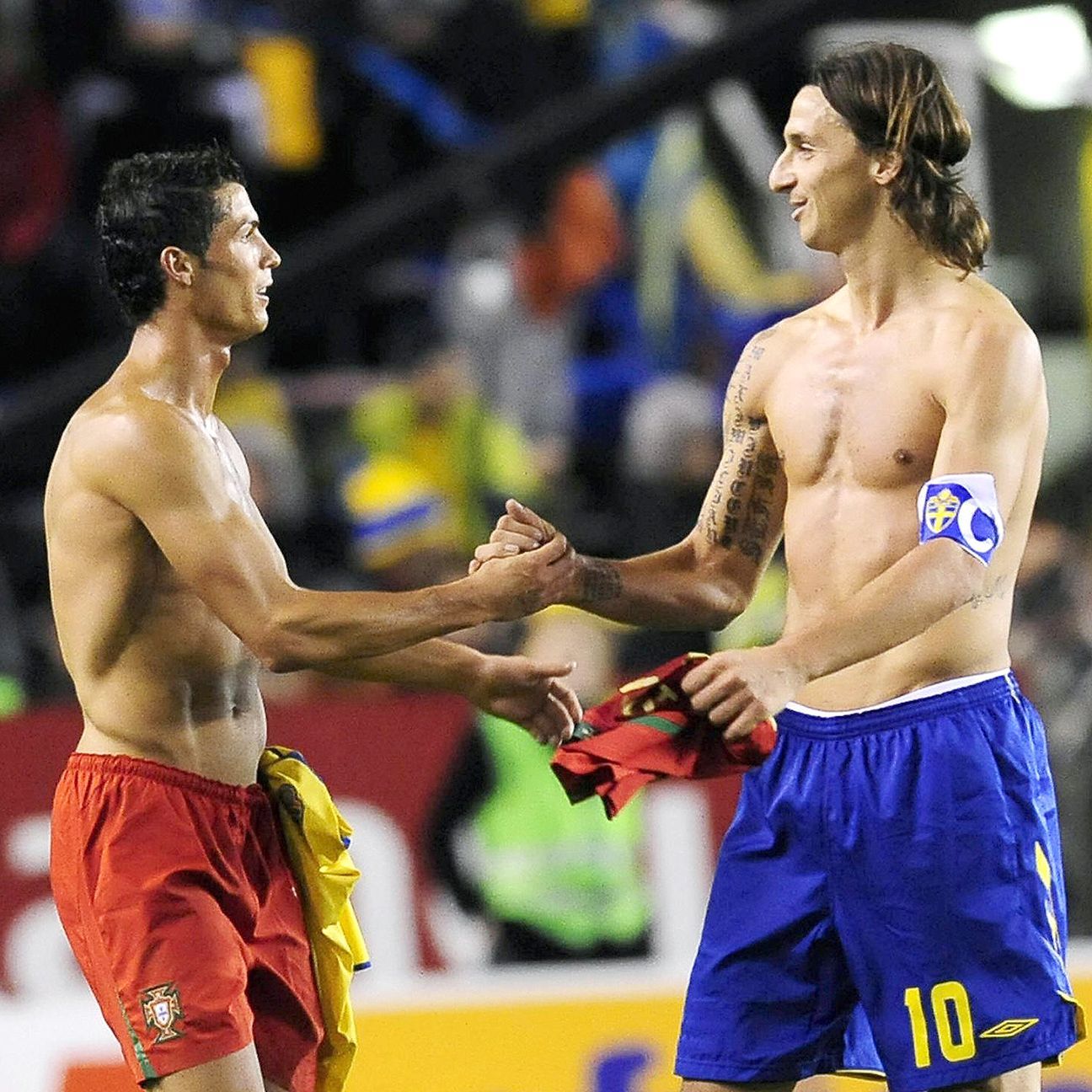 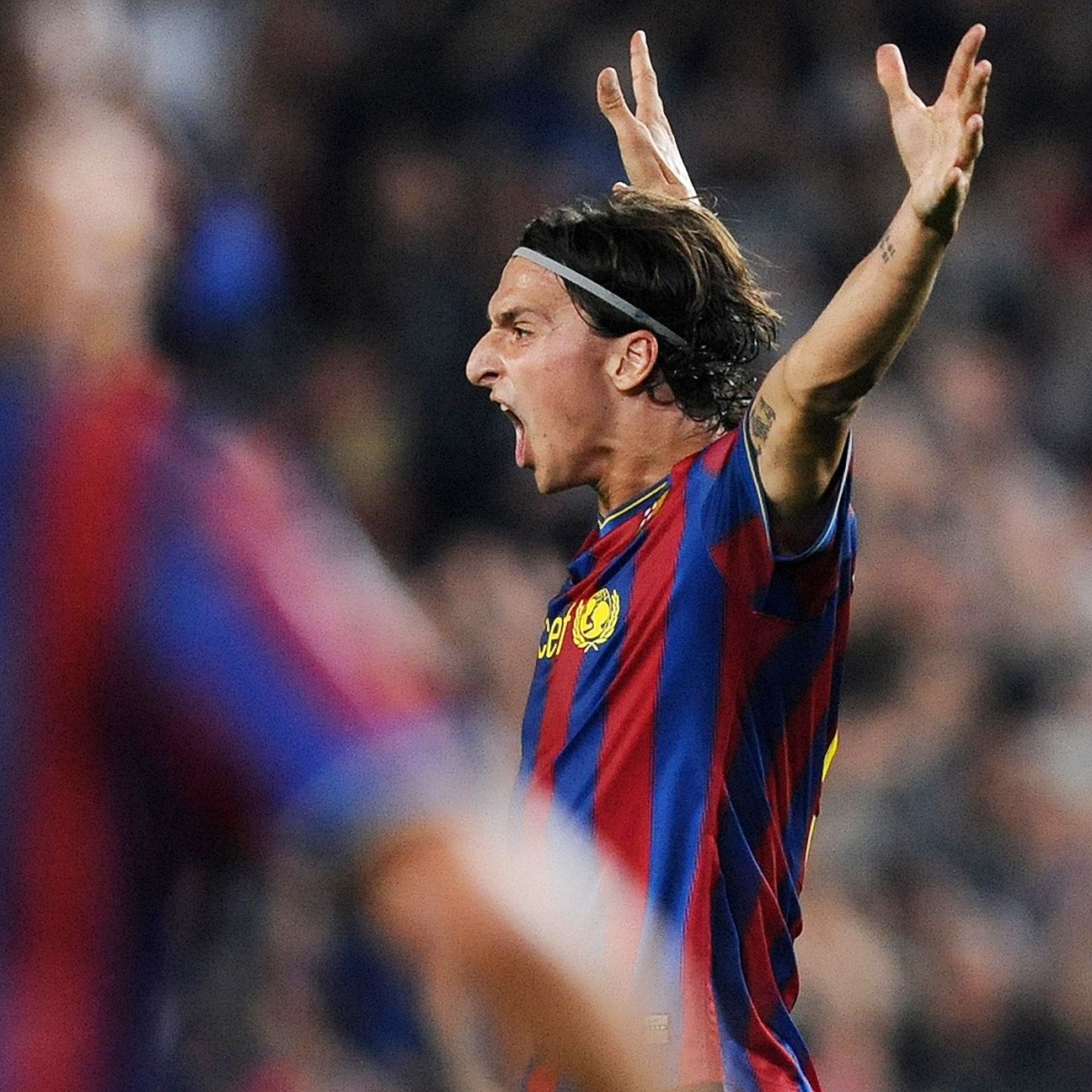 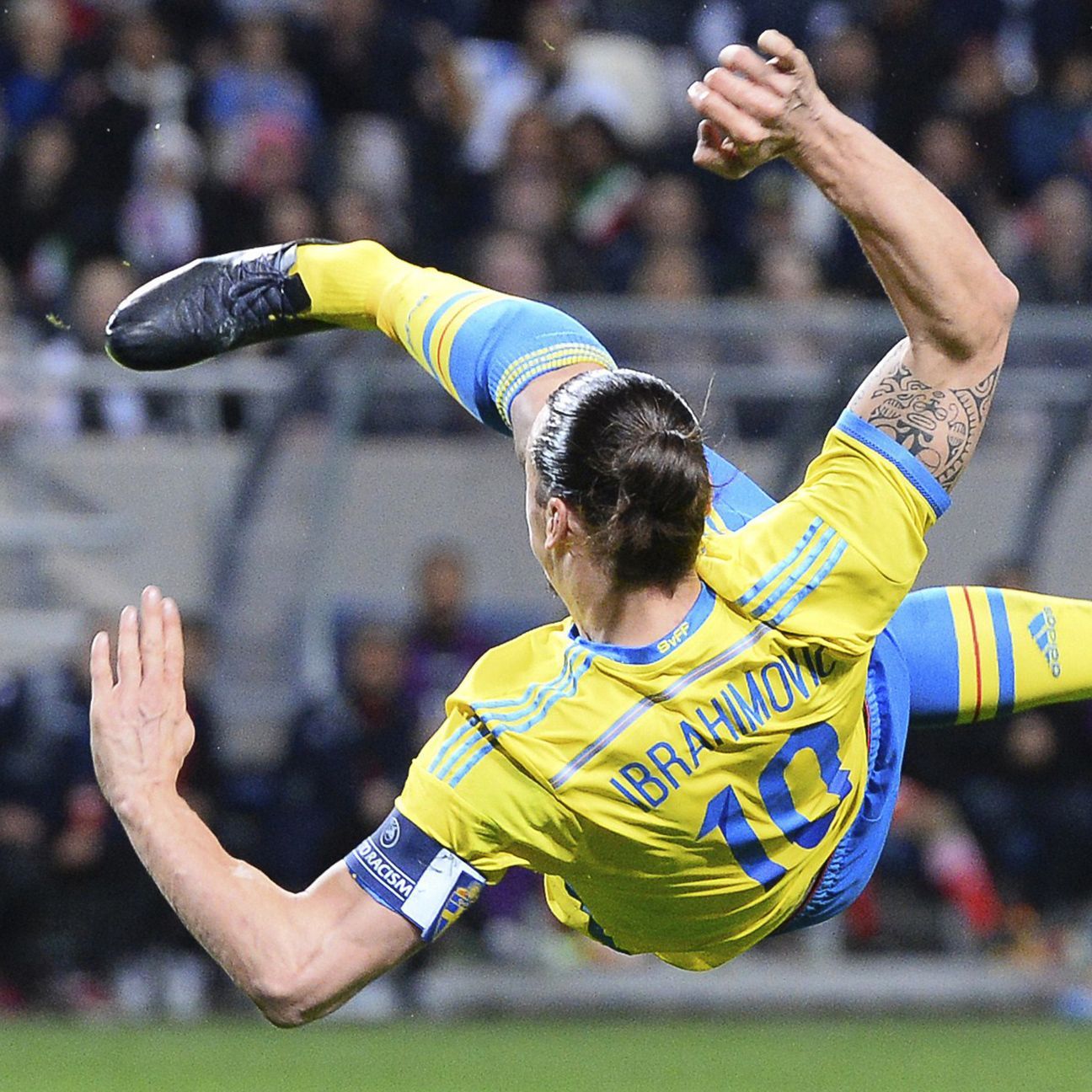 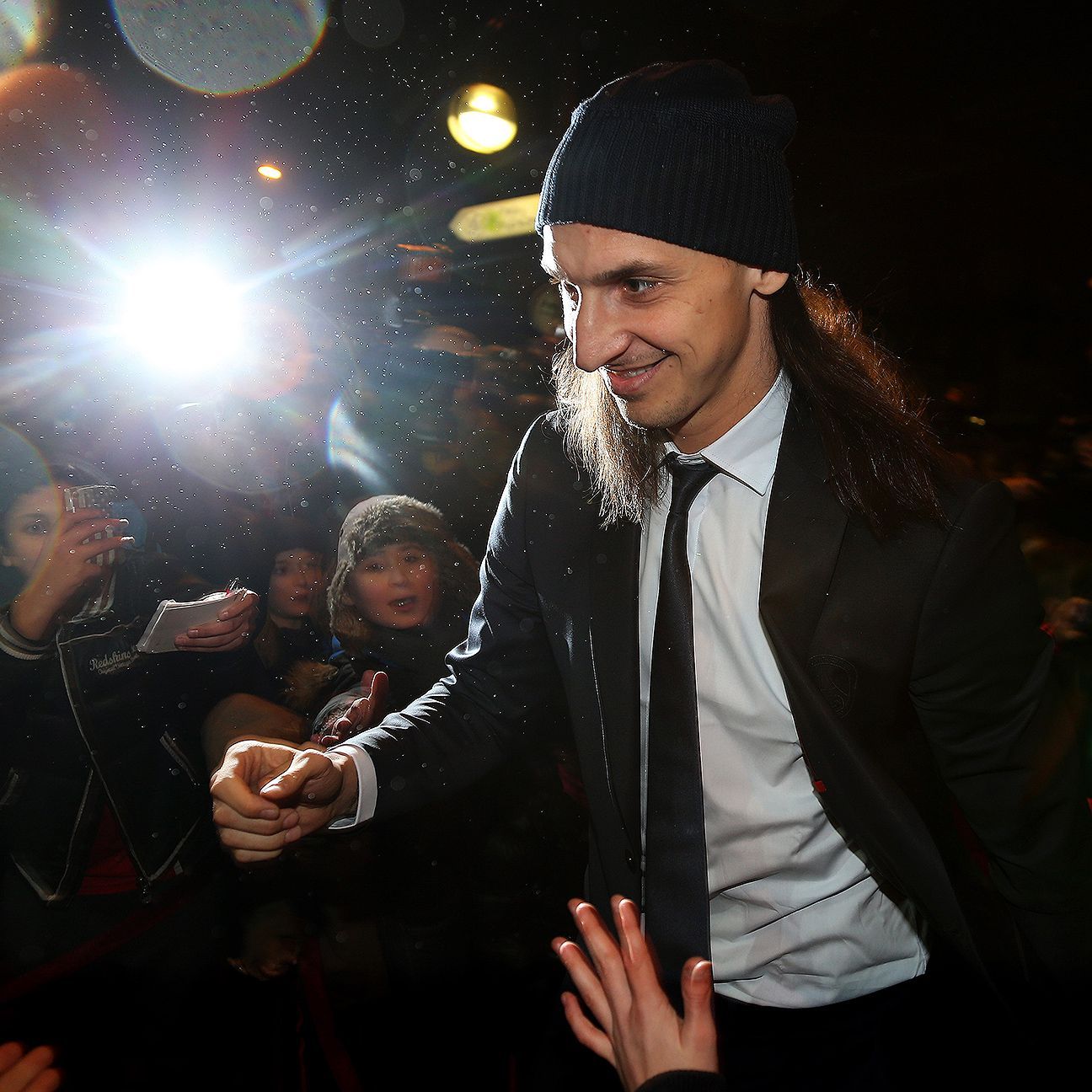 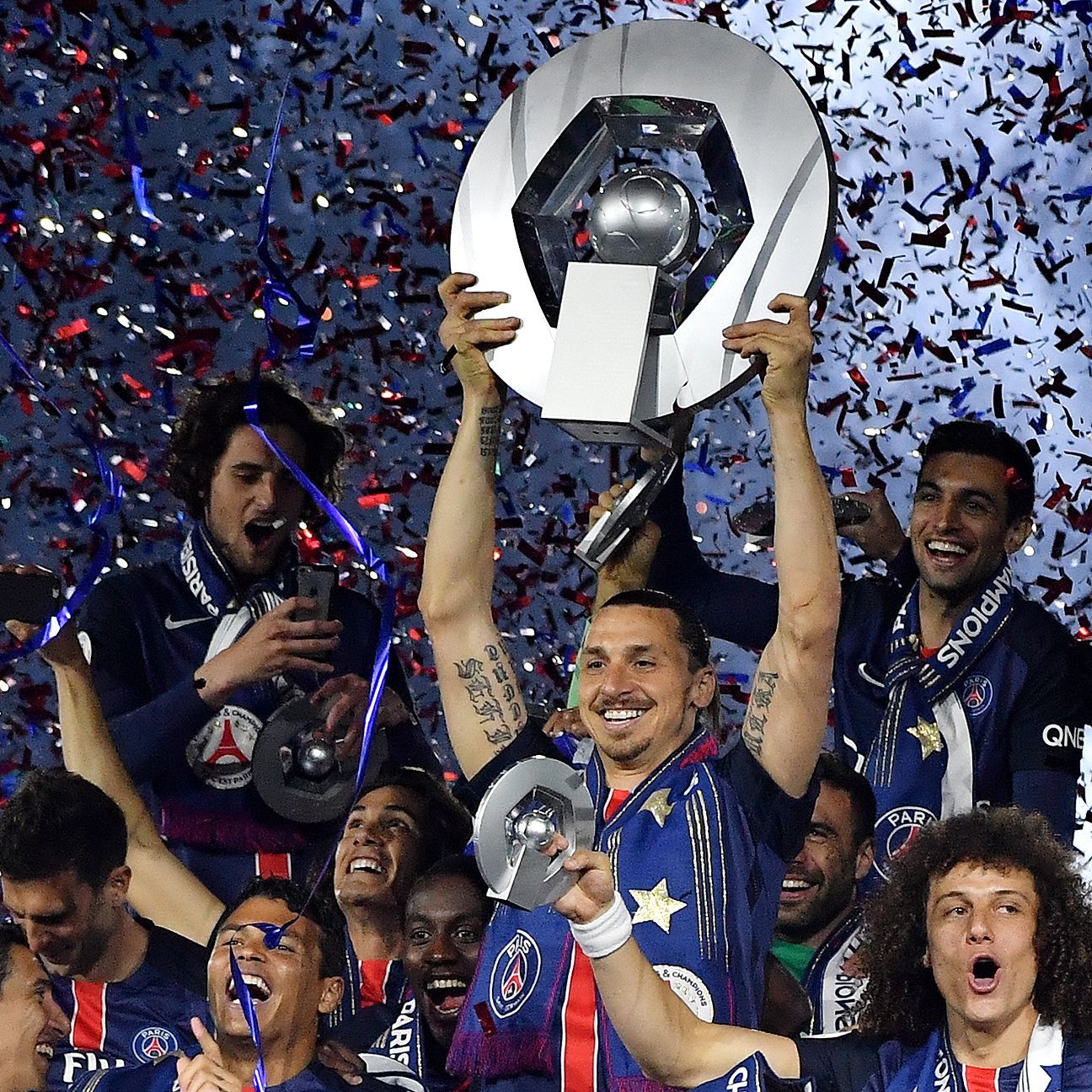