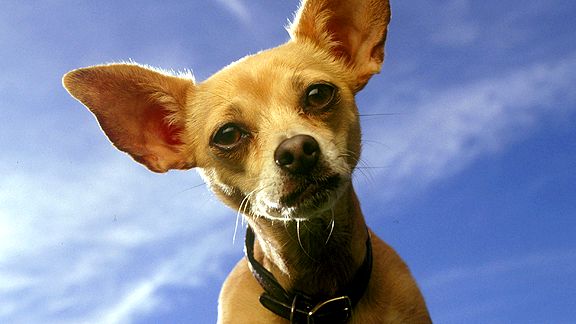 Ten years ago this week, then-Kansas defensive end Dion Rayford angrily attempted to crawl through a Taco Bell drive-thru window to claim a chalupa that was missing from his order -- an action for which he was suspended from his team, received probation, became the butt of late-night talk jokes, and narrowly avoided the epic scorn and derision of a sports blogosphere that, much to his good fortune, had yet to exist.

As the old saw goes, to be great is to be misunderstood.

John Keats died largely ignored. It took the Vatican 359 years to apologize to Galileo. During his lifetime, Bach -- perhaps the greatest composer in Western history -- was thought of as little more than a talented organ player. So too has Rayford's principled genius gone unrecognized and unsung. In an era marked by the public's chronic unwillingness to stand up and demand what is rightfully theirs -- instead rolling over for bailed-out banks, manipulative politicians, uber-powerful corporations, those sinister forces that would charge $8.50 for an 8-oz. cup of warm stadium beer -- Rayford said enough. No mas. He drew a line in the sand, then crammed his 6-foot-3, 270-pound frame through a 14-by-46-inch window, the better to seize the warmed-over chalupa that was both his due and destiny.

Hey, nobody said virtue was an easy fit.

Rayford is a role model. An inspiration. He had the courage of his convictions and the can-do, Teddy Rooseveltian spirit of vigorous action to match. He went for the chalupa. He would not be denied. No he can't? Yes he can. Surrounded by so many metaphoric missing chalupas of our own -- unaffordable health care, burgeoning public debts, crummy schools and crumbling roads, a BCS cartel that callously blocks the college football playoff everyone not wearing a yellow blazer wants -- can we, as Americans, say the same?