Terry Cashman of 'Talkin' Baseball' to get honor 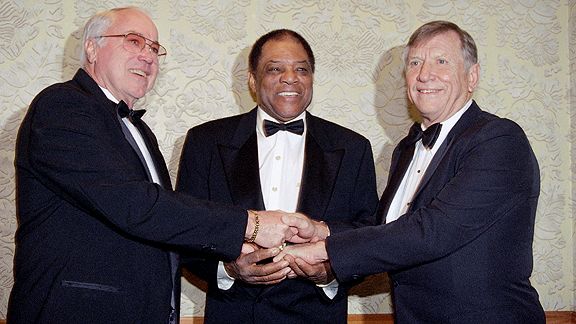 The Hall of Fame will honor "Talkin' Baseball" composer and singer Terry Cashman this summer as part of induction weekend, 30 years after his song that pays homage to Willie Mays, Mickey Mantle and Duke Snider became a ballpark favorite.

The 69-year-old Cashman will perform his ballpark anthem once again during ceremonies July 23, a day before Roberto Alomar, Bert Blyleven and Pat Gillick are inducted.

Last year, the Hall recognized John Fogerty and "Centerfield" on its 25th anniversary, marking the first time a musician or a song had been singled out for tribute during the festivities. Cashman was among the visitors in town that day and heard the performance.

"Just the idea I'm in the baseball Hall of Fame is like heaven for me," Cashman said by phone from his home in the Bronx.

As a minor league pitcher, Dennis Minogue hardly had Hall of Fame talent. Once he changed his tune -- and name -- and forever linked Willie, Mickey and the Duke, he earned his spot in Cooperstown.