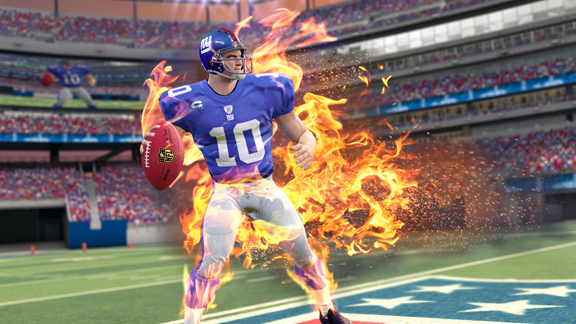 The flame-inducing, 7-on-7 gridiron slugfest known as "NFL Blitz" will hit Xbox Live Arcade and PlayStation Network on Jan. 4. And while the remake uses the same playbooks of the classic arcade game, the rosters have been updated to include current NFL stars.

But because the game features only seven players on each side of the ball, EA Sports had to make some tough decisions when making the final roster cuts.

ESPN's Gamer Blog will reveal these rosters exclusively, breaking down one division per day and wrapping everything up before the holidays so you can already have a strategy in mind once the game drops in 2012.

We kick things off with the NFC East. 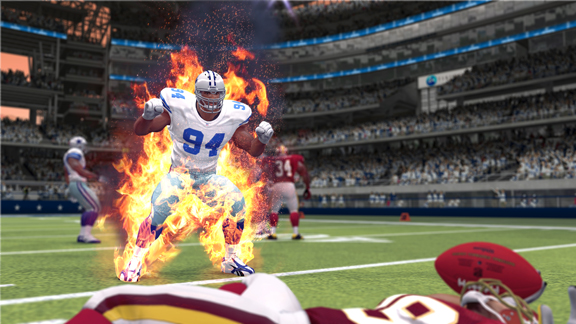 EA SportsThe Cowboys have the makings of a good all-around "Blitz" team.

For those not familiar with the "NFL Blitz" franchise, the game is built on speed, jump catches and mobile quarterbacks. The Cowboys offer all of this with a strong-armed Tony Romo, a receiver who can fly in Miles Austin, DeMarcus Ware chasing down the ball from all over the field, and a blazing fast running back in Felix Jones. I would've rather had DeMarco Murray in the backfield, but in terms of "NFL Blitz," Jones features that video-game speed you're looking for. The absence of Dez Bryant hurts this roster, though, as he is the perfect big-bodied receiver "Blitz" gamers like to throw to downfield.