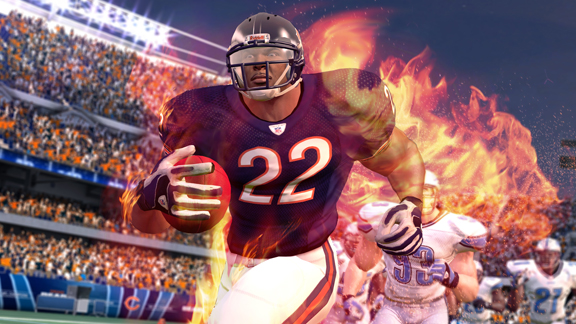 EA SportsA healthy Matt Forte should make the Bears a fun team to play as in "NFL Blitz."

Aaron Rodgers is on fire. Scary thought for virtual defenses everywhere as Rodgers drops back in "NFL Blitz" and throws a scorcher downfield to a leaping Greg Jennings. Unstoppable? Pretty much. Then again, when you're the defending champs (and currently undefeated), maybe that's just how you roll.

But the Packers are just one of the rosters revealed exclusively today on ESPN, as we break down all of the lineups that gamers will be able to play as once "NFL Blitz" hits the Xbox Live Arcade and PlayStation Network January 4.

And in case you missed yesterday's reveal, checkout the NFC East lineups from yesterday. If anyone can stop the Packers in "Blitz," it might just be those virtual Eagles. 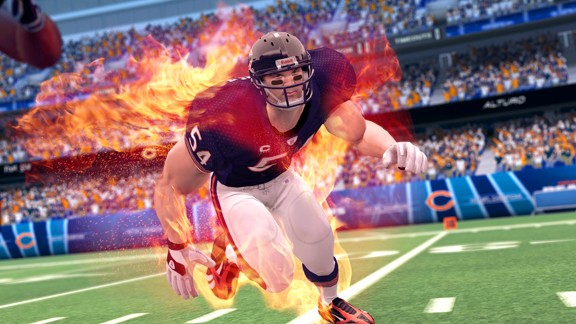 EA SportsBrian Urlacher is ready to bring the (virtual) pain in "NFL Bliz."

The more I look at the Bears "Blitz" lineup, the more I love it. Jay Cutler has a cannon, Knox and Hester are two of the fastest receivers in the game, Matt Forte is great out of the backfield catching passes, and that defense can really smack some people around and create havoc (and turnovers!). Definitely a must-play team for "Blitz" fans.