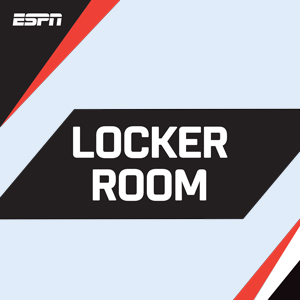 Former athletes offer their insights on the biggest stories in the world of sports and beyond.

Geoff Schwartz and Barrett Jones discuss who the best team in the NFL is, lame duck coaches, chaos in CFB, are joined by Raiders OL Marshall Newhouse and more...

After a big 20-15 win over the Lions, Le'Veon Bell joined Geoff Schwartz and Danny Graves to break down the big win and JuJu Smith-Schuster's breakout game

Geoff Schwartz & Danny Graves look ahead to the World Series with Rod Dibble, weigh in on another week of NFL injuries & how serious DeShone Kizer is about being an NFL QB.

After a blowout victory over the colts, Seahawks WR Doug Baldwin joined Sean Farnham and Barrett Jones on the Locker Room. Must listen!

Kirk Morrison and DâMarco Far break down the 2nd Sunday of the NFL season with some help from Mike Reiss, Falcons DB Desmond Trufant and debate over Overreaction Monday.

On the first NFL Sunday of the season, Kirk Morrison and D'Marco Farr break down the biggest headlines of the day with some help from Todd Archer and Brady Henderson.

Kirk Morrison, Geoff Schwartz and Danny Graves looked back at Week 1 of college football, NFL holdouts and Geoff Blum called in to talk about Houston's plight.

Kirk Morrison, Max Starks and Willie Colon talked about the Mayweather-McGregor fight, Willie's protest in NYC and stories of rooming on the road.

Did Magic really tamper with PG-13? PLUS Kirk tells a story about catching a ride to a Raiders game with complete strangers & MLB umps need thicker skin.

The guys share their thoughts on the 6-game suspension for Ezekiel Elliot, as well as weigh in on how things will change for the Marlins and share their superstitions.

Pat Bradley, Cole Cubelic and Jordan Rodgers get into the storylines at the start of training camp, how to talk about athletes and coaches honestly in the media and CTE.

Pat Bradley, Cole Cubelic and Jordan Rodgers get into the storylines at the start of training camp, how to talk about athletes and coaches honestly in the media and CTE.

Sean Farnham, Ryan Hollins and Antoine Walker talk about Summer League in the NBA and what they would tell themselves as rookies.

Reaction to the finish of Pacquiao/Horn, OKC flat out stole PG13 from the Pacers, and why the NFL needs guaranteed contracts.

Kirk Morrison, Antoine Walker and Chiney Ogwumike talked about the NBA Draft, their experiences being drafted and one-and-done players.

Sean Farnham, Ryan Hollins and Antoine Walker discuss the biggest topics of the day including the Celtics/Sixers trade, the Louisville situation, Mayweather/McGregor and more.

Kirk Morrison, Ryan Hollins and D'Marco Farr look at trash talking on the field and court, LaVar Ball and coaches working with them.

Mike Golic Jr., Pat Bradley and Ryan Hollins joined The Locker Room discussion and talked with Terrell Owens about a variety of topics.