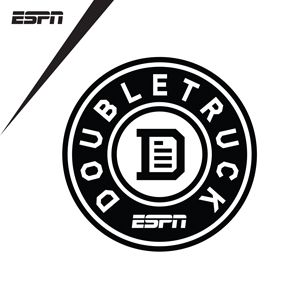 A showcase for the best of ESPN's features and investigations, now in audio form. Justin Ellis interviews writers about their craft and how their stories are told.

ESPN writers Sarah Spain, Jason Reid and David Fleming sit down to discuss the biggest stories of 2017 and what they mean for the future of sports.

The Lakers drafted Lonzo Ball to be the star of their post-Kobe era. There's just one (possibly insurmountable) problem: Dude can't score. By Kevin Arnovitz.

Joel Embiid has turned the Sixers' famed process into performance art, and everyone is feeling merry and bright-for now. By Ramona Shelburne.

They offer players a putrid punch in the nose but likely little actual performance boost. So how exactly did smelling salts become an essential part of NFL game days? By David Fleming.

With an eye toward building world football's biggest brand, Paris Saint-Germain spent $613 million to sign Neymar. But has the oil-fueled deal also changed the sport forever? By Bruce Schoenfeld.

Think we've put this, ahem, behind us? Think again! On its fifth anniversary, we proudly present the definitive oral history of the NFL's most celebrated blooper. By Dave Fleming.

It's more than just another breakfast joint. For years, college football fans of all stripes all across the South have made pregame and post-game pilgrimages to celebrate and commiserate over eggs, hash browns and, yes, waffles. By Dave Wilson

The Patriots legend thinks he can play until he's 45 without sacrificing mind, body or integrity. But his future is not just in his hands. By Tom Junod and Seth Wickersham.

Ten years ago, North Carolina Tar Heels mascot Jason Ray entered our lives in an unexpected and tragic way. But his story -- and his decision to become an organ and tissue donor -- lives on. This is the legacy of Jason Ray. And why, to so many people, he'll never be forgotten. By Wayne Drehs.

As last season ended, Chris Paul and James Harden had the same revelation: They could not beat the Warriors alone. In this ESPN the Magazine cover story, we ask: Can they beat them together? By Jackie MacMullan

The Charcuterie Board That Revolutionized Basketball: 10/18/17

In the past three years, the Warriors have won two NBA titles with the most explosive offense in history. This is the inside tale of how it all began -- on a plate of appetizers. By Baxter Holmes.

Winning isn't everything. But after Super Bowl XLV, Green Bay's hero QB has been on a journey to find out what is. By Mina Kimes.

In a fading town in rural Texas, one girl took the field in the struggle to keep a high school football tradition alive. by Elizabeth Merrill

How the NFL and its team owners, famous for ironclad control, grappled with losing it after an attack by President Trump and a rise of player protests during the national anthem. By Don Van Natta Jr and Seth Wickersham

The rise and fall of former heavyweight boxing champion Tommy Morrison, whose career was cut short by HIV. The fighter faced jail time, drug problems and more in his final years, all while denying he had the virus. By Liz Merrill

How a teenage gamer in the hottest new esport, Overwatch, became a reluctant icon for South Korea's feminist movement. By Mina Kimes.