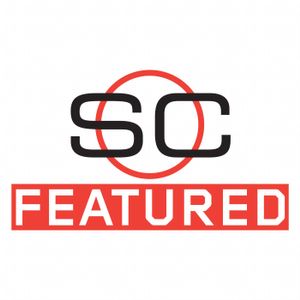 Audio documentaries, short stories and much more from the SportsCenter team.

By making it to the NFL, Atlanta Falcons defensive end Takkarist McKinley kept a pledge he made in high school to his grandmother moments before she passed away.

The work Hall of Fame quarterback Dan Marino has done for autism has helped a young man in Miami who works at Hard Rock Stadium.

Every year, each NFL team selects a player for the Ed Block Courage Award, an honor bestowed on a player who serves as a role model of inspiration, sportsmanship, and courage. Pittsburgh Steelers cornerback Artie Burns was chosen by teammates to receive the award because of how he handles things at home following the death of his mother two years ago. Monday Night Countdown reporter, Michelle Beisner-Buck sat down with Burns to discuss how the 22-year-old keeps a handle on football and family.

At 19, Amobi Okoye became youngest player drafted in NFL history as the Texans No. 10 pick in the 2007 draft. Now Okoye wants to become the first player to beat encephalitis.

Will Witherspoon played LB in the NFL for the Panthers, Rams, Eagles and Titans. Today, he's a farmer in Missouri pushing the benefits of local farms and farm fresh foods.

Sam Gado was nine when he immigrated from Nigeria to the U.S. He was 13 when he started playing football. At 27 he retired to become an ear, throat and nose doctor.

The Broncos' Assistant Turf Manager Luke Kellerman's two-year battle with colorectal cancer started a movement within the organization to recognize and honor all cancer survivors.

Philadelphia Eagles defensive end Chris Long took a life-changing trip to Tanzania in 2013. During his time in East Africa, his eyes were opened to the global water crisis. As a result, Chris founded "The Waterboys" to help bring clean water to Tanzania.

When he played for the Patriots, Titans CB Logan Ryan adopted a shelter dog named, Leo. The joy Leo brought to his household led Ryan to start a campaign to save shelter dogs.

Brittney Harmon gave her dad a special present on her wedding day. So when it came time for the father-daughter dance, Brittney slipped into a blue Chicago Bears gown.

After signing as free agent with Buffalo this summer, Anquan Boldin was disturbed by the violence in Charlottesville. So he decided to retire and focus on humanitarian causes.

Lions DE Ziggy Ansah is from Ghana. He never played football until walking on at BYU. He turned into a 1st-round pick. This summer Ansah held his first football camp at home.

Bill Johnston worked for the Chargers for 38 years. When the team moved to L.A., the PR Director elected to stay behind to help his wife, who is battling Huntington's Disease.

Comedian Kevin Hart gets serious when it comes to fitness. Hart sat down with Chris Connelly and discussed his passion for motivating others to live healthier lifestyles.

Brett Okamoto explores Conor McGregor the man, the person behind the persona, the working-class hero of Dublin. Wright Thompson and Ryen Russillo offer their insight, too.

The array of punishments in the world of fantasy sports covers the absurd, painful, humiliating and simply unspeakable. But that's what it takes for last place teams to avoid tanking. Matthew Berry tells us about the genesis of this trend and shares some of the most ridiculous punishments he's come across.

More than 250 high schools in Texas play six-man football. Chris Connelly tells the stories of two small-town teams hoping to make an impact on and off the field.

Since Jerry Jones purchased the Dallas Cowboys in 1989, he's exceeded expectations, except his own. He dreams big and builds even bigger. His legacy will include a bust in the Pro Football Hall of Fame in Canton, Ohio. Jim Trotter examines the business acumen of Mr. Jones.

Jen Lada goes behind the scenes with the subjects of the My Wish series. Learn about the magical connection of athletes granting children's wishes for over a decade.

What's an Olympic Medal worth? For a 3-year-old boy, it's a chance to save his eye.

Jon Stewart talks about the Warrior Games and the value of military service members and veterans who shine in them. Plus, the inspiring story of Army veteran Christy Gardner.

If you haven't heard of Lauri Markkanen yet, you will after the NBA draft. The 7-footer grew up in Finland, where ice hockey is king but his basketball skills made him a standout on the court. Markkanen shares his story, and ESPN draft analyst Chad Ford breaks down his potential.

Sean Swarner is the first cancer survivor to summit Mt. Everest, and conquer the highest peaks on each continent, a feat known as the "7 Summits". He's done this with one lung.

Craig Cunningham, a professional hockey player, suffered a cardiac arrest minutes before a game and was confronted with a life-changing decision: To live or keep his leg.

Bailey Landry is all over the LSU softball record books. But the story behind her name carries far more history - it's tied to the 1995 bombing of the Oklahoma City federal building.

In Episode 2 of Restart, we learn more about how the families react to race car driver Bryan Clauson saving a life through his own death.

Nine months after Bryan Clauson was killed in a short-track racing accident, his family found out the 27-year-old was able to give life after his death.

Jann Mardenborough's a professional driver in Japan's highest level of open wheel racing. Would you believe he learned to handle a car by playing the video game, Gran Turismo?

What do Dale Earnhardt, J.J. Watt and Russell Wilson have in common? The same thing as Laurie Hernandez and Bryce Harper - a special relationship and love for their mom.

After losing a close friend, Sebastian Terry decided to go on an adventure to make his life extraordinary. His list consisted of 100 accomplishments around the world.

As the now cancer-free James Conner received the second phone call to change his life, two families tell the impact Pittsburgh's third-round pick has had on their children.

We track down Bjorn in Arizona and find a man who is living but not alive. Despite their father leaving them, his kids yearn for a relationship, but will accept his safety.

Bjorn Nittmo, a high school exchange student from Sweden, discovered his talent in American football, and started the ride of a lifetime. Then he disappeared.

Chicago native Scoop Jackson went on a journey to explore all shades of Cubsville and find that one true, crazy, loyal, devoted fan. He found more than one.

From Bobby Jones through President Eisenhower becoming a member,the history of Augusta National explains why The Masters has a tradition like no other.

Anthony Rizzo is one of the best players in baseball. But don't treat the Cubs first baseman like a superstar. By beating cancer he's achieved more off the field than on it.

Five years before Title IX, Kathrine Switzer became the first woman to officially run in the Boston Marathon. She didn't start the race looking to make history, but that's why she finished.

In "Special Stories" learn about the extraordinary efforts of athletes in the Winter Special Olympics Games, and why Olympic great Apolo Ohno is an ambassador and huge fan.

In the latest SC Featured special, LaVar Ball sits down with Scoop Jackson and details his plan of making his three sons, Lonzo, LaMelo and LiAngelo, basketball superstars.

In this debut podcast, hosts Jen Lada, Tom Rinaldi, and producer Kristen Lappas share the story of the unlikely bond between a team of Swedish Adventure Racers and a stray dog they found in the Amazon Jungle.