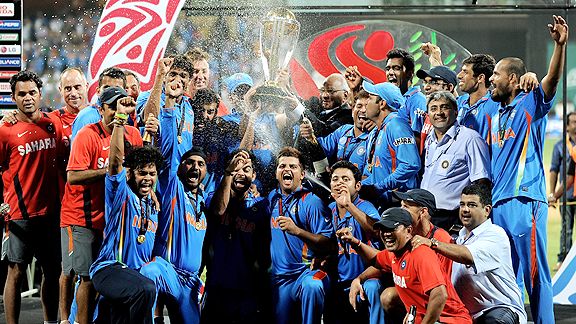 The ICC Cricket World Cup is the most prestigious international competition in men's cricket, sanctioned by the International Cricket Council and occurring every four years. Tournament matches are played under the One Day International format, after preliminary qualification rounds determine which nations earn the chance to compete. The first Cricket World Cup took place in 1975 in England and was won by the West Indies team. Defending champion Australia has won more World Cups than any other nation (four), including the last three competitions. The 2011 Cricket World Cup -- co-hosted by Bangladesh, India and Sri Lanka -- featured the first all-Asian matchup in a final as India claimed its second World Cup title with a dramatic win over Sri Lanka in Mumbai.

The first World Cup for cricket was played in 1975 in England, following the rise in popularity in one-day competitions played in various countries. (Until the advent of limited-overs, single-innings matches in English domestic cricket in the 1960s, such a concept was impractical. A round-robin series of five-day Tests, even among as few teams as the six that then had Test status, was too time-consuming to contemplate.)

Teams from eight nations were invited to compete in the inaugural event -- called the Prudential Cup (after its main sponsor) -- and were split into two groups of four teams, with round-robin play (of matches with 60-overs a side) determining which two teams from each pool would advance to the latter stages.

With players still getting used to the new one-day international format, the hosts looked impressive in pool play and easily advanced to the semifinals but were eliminated there by the Australian team. The other group featured the favorites, the West Indies, who were rescued by their last-wicket pair against Pakistan before hammering Australia by seven wickets to claim top of its group.

The Caribbean side eased past New Zealand in the other semifinal to face Australia for the title. Played on the longest day of the year (June 21) at Lord's in London, the West Indies took the trophy with Viv Richards able to run out opposing batsmen as his team won by 17 runs.

England would go on to host the next two World Cups, which were also sponsored by Prudential. West Indies repeated as champion in 1979, topping its group before defeating Pakistan in the semifinals. A victory over England in the final featured a century from Richards and Collis King blasting 86 for 66 balls. An inaugural qualifying competition was implemented prior to that tournament, with Sri Lanka and newcomer Canada earning their way to the final eight in that World Cup.

The 1983 event brought a change of format for pool play, as each team played the others in its group twice, not once, to determine the four semifinalists. Host England dominated Group A play, with Pakistan squeezing through to the semifinals (over New Zealand) by virtue of a better runs-per-over average. Two-time champion West Indies again advanced from the opposite pool, alongside a dark horse India team ahead of a disappointing Australian side. In the semifinals, the West Indies brushed past Pakistan by eight wickets (with more than 11 overs to go) while India again surprised by topping a below-par England team. And with the final expecting to be a third straight coronation for the West Indies, India rebounded from a slow start to pull off the big upset in a low-scoring title match at Lord's.

The result helped establish the era of South Asian domination of cricket's finances, and India and Pakistan co-hosted the 1987 Reliance World Cup, as a new sponsor had taken over for the event. Games were reduced from 60 to 50 overs per inning in the first World Cup held outside England. And while the two co-hosts each made the semifinals, it was the older guard of Australia and England advancing to the final, with the Aussies prevailing by seven runs, the closest margin in World Cup final history.

Victorious captain Allan Borders returned to lead Australia on home turf at the 1992 World Cup, but his team was knocked out at the group stage. This fifth World Cup included nine teams for the initial round-robin stage, and was the first to feature colored clothing, floodlights and fielding restrictions for the first 15 overs. Co-host New Zealand reached the semifinals, as did newcomer South Africa, allowed to compete after the fall of the country's apartheid regime. But the final at the Melbourne Cricket Ground came down to England versus Pakistan, with the Asian side prevailing by 22 runs.

The 1996 World Cup expanded to two initial groups of six teams each, and a quarterfinal round was added to the knockout stages. Matches were played in India, Pakistan and Sri Lanka, but the host countries and organizers took a hit after a shambolic opening ceremony and security-related boycotts. Both Australia and West Indies forfeited group matches against Sri Lanka in Colombo after a bomb killed hundreds there before the start of the tournament. Sri Lanka topped Group A, easily defeated England in the quarterfinals and then earned a win by default over India in Calcutta after an unruly crowd disrupted the match by starting fires as impending defeat faced the home side. Aravinda de Silva led the Sri Lankan recovery over India, and he dominated the final victory over Australia by taking two catches and three wickets, before adding 107 not out to lead his national team to a first-ever World Cup title.

England served as host again for the 1999 World Cup, in which the 12 teams entered were split into two groups under yet another format. The top three finishers in each group went into the Super Six, carrying with them the points they had earned against the two teams that had also qualified from their groups. They then played the qualifying teams from the other group, creating a final "all-played-all" league table, with the top four advancing into the semifinals. The system created some confusion, and two teams with just one win in Super Six matches -- Pakistan and New Zealand -- reaching the semifinals. Australia recovered from two early losses to become tournament favorite and reached the final after advancing past South Africa in one of the most thrilling one-day matches in history; the semifinal ended as a tied match after a mix-up by batsmen from South Africa, who had a lower net run-rate and were eliminated. The Aussies then dismissed Pakistan in the final, winning by eight wickets (with 179 balls remaining).

Fourteen teams reached the 2003 ICC World Cup -- held in South Africa, Zimbabwe and Kenya -- which continued the Super Six format with some tweaking involved. Boycotts again played a role in which teams advanced out of the groups, and South Africa was eliminated after a misread of rain-rule figures. Australia's Shane Warne was sent home after testing positive for an illegal diuretic (and later banned for a year), but the defending champions looked strong throughout and dominated Pakistan in a second straight one-sided final to repeat as World Cup winners.

Australia's streak would reach three at the 2007 ICC World Cup, which was touted as a celebration of Caribbean cricket culture but became subdued after the death of Pakistan coach Bob Woolmer, who was found dead in his hotel room a day after his team's early exit from the tournament. A record 16 entrants -- initially placed in four groups of four -- made for a long World Cup, with traditional powers India and Pakistan failing to reach the later rounds. Sri Lanka reached its second World Cup final but lost to Australia in a match that ended in darkness. And with the lack of light seemingly suiting the mood of the tournament, Australia lifted the World Cup trophy for a record fourth time.

The 2011 ICC World Cup was held in India, Sri Lanka and Bangladesh, and began with 14 teams placed in two groups of seven for intial pool play. Round-robin matches in each group provided some tense and dramatic moments, with the favored sides making it through to the knockout rounds but Bangladesh not joining its fellow co-hosts in the quarterfinals. India eliminated defending champion Australia at that quarterfinal stage, before topping Pakistan to reach the final. On the other side of the knockout bracket, Sri Lanka outlasted England and New Zealand to set up the first all-Asian final in World Cup history. India gave up 274 runs but proved successful in the chase to defeat Sri Lanka by six wickets in the final at Mumbai and claim its second World Cup title.

In April 2006, the International Cricket Council (ICC) awarded the hosting duties for the 2011 Cricket World Cup to the four-nation Asian bid containing India, Pakistan, Sri Lanka and Bangladesh. But after an attack on the Sri Lankan team in Lahore in 2009, the ICC decided to remove Pakistan from the host group. Bangladesh will serve as a host nation for the first time in World Cup history, while India will provide eight of the 13 venues selected as sites for matches throughout the tournament.

Fourteen national teams qualified for the 2011 ICC Cricket World Cup and were split up into two groups of seven teams for the initial stage.

After round-robin play within each pool -- highlighted by some tense, dramatic encounters in each group -- the top four teams from each pool advanced to the quarterfinals, with a knockout format taking over through the semifinals and final.

The highlight match of the quarterfinals featured home side India eliminating defending champion Australia by five wickets. In the other quarters, Pakistan eased past the West Indies, Sri Lanka advanced over England and New Zealand knocked out South Africa.

The Kiwis had reached another semifinal but failed to reach the final, falling to Sri Lanka by five wickets at Colombo. The other semi saw India defeat rival Pakistan by 29 runs, setting up the first all-Asian final in World Cup history. Captain MS Dhoni led India's late chase to overcome Sri Lanka by six wickets with 10 balls remaining as the home side won its second World Cup title in front of ecstatic fans in Mumbai. 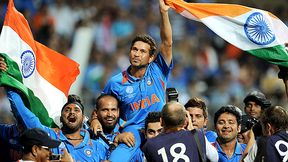 OUTSIDE THE LINES: E-TICKET 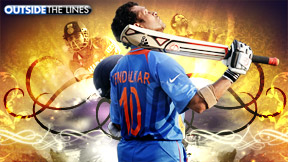 Why you should care about cricket

Wright Thompson goes on the road with the Indian national team and its greatest star, navigating the madness of a billion fans and chasing the soul of the game. Story »

You'll find full coverage of the 2011 Cricket World Cup at ESPN's Cricinfo, including the latest team and fixture news and the chance to join in on the site's fantasy games! Cricinfo World Cup page »