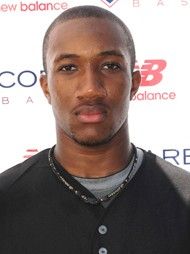 A wirey strong outfielder out of Missouri, Jackson has four solid tools. He looks to hit for average with a level swing and a very balanced approach at the plate. He has tremendous speed and can get his 6-foot-1, 180-pound frame flying around the base paths. In the outfield, he has a very strong arm with a whip-like left-handed release that darts out of his hand. He took good reads off the ball at the 2011 Area Code Games in the corner outfield.

He is currently committed to the University of Missouri but can drastically improve his draft stock with a solid senior campaign at Raytown High.

Are you a top baseball recruit? Send us your info to be included in the ESPNHS baseball database.