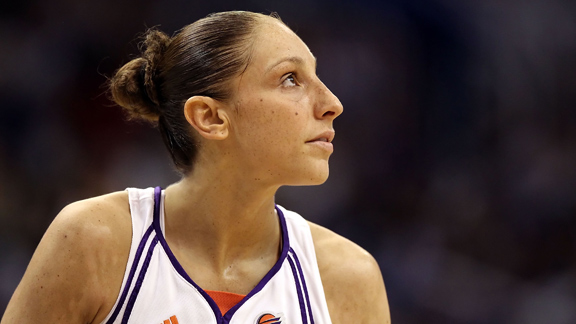 Drug testing is a complex science, which is why the World Anti-Doping Agency goes through strenuous steps to accredit labs.

But every so often, labs make mistakes. And as The File reports for ESPN.com, WNBA star Diana Taurasi claims that she was the victim of one such mistake.

What follows are the documents that form her case.

• In this written defense, mailed to the Disciplinary Board of the Turkish Basketball Federation, Taurasi's attorney, Howard Jacobs, sets out a multi-pronged attack on the lab in Ankara that found her urine contained the banned stimulant Modafinil.

• Among the reasons Jacobs claims the case should be thrown out is that Taurasi's urine sample was unaccounted for over the seven days it travelled from Istanbul to Ankara.

• The core of Taurasi's defense lies in two diagrams that show the time it takes for three different molecules in a urine sample to pass through a chromatograph machine. This time measurement, also known as retention time, is important as a first step in determining the signature for Modafinil.

The first chart is from a control sample that shows how long it took for Modafinil-laced urine to break down in the machine under controlled circumstances. The second is Taurasi's sample. According to WADA's standards, the "retention times" of each should be within two percent of one another, or between 1.51 and 1.57 minutes. Instead, it took 1.47 minutes for the molecules to emerge in Taurasi's sample. Jacobs argues that is enough to raise reasonable doubt about whether the drug that was found is Modafinil.

• Finally, Taurasi includes this report showing that she passed a polygraph test in Phoenix on Jan. 18.

Jacobs says he's only submitted polygraph evidence once before in his career -- in a case involving an America's Cup competitor that he won. Despite the test's reputation for unreliability, Jacobs says he's submitting it now because he believes "it's one more piece in the puzzle that shows Diana is innocent."