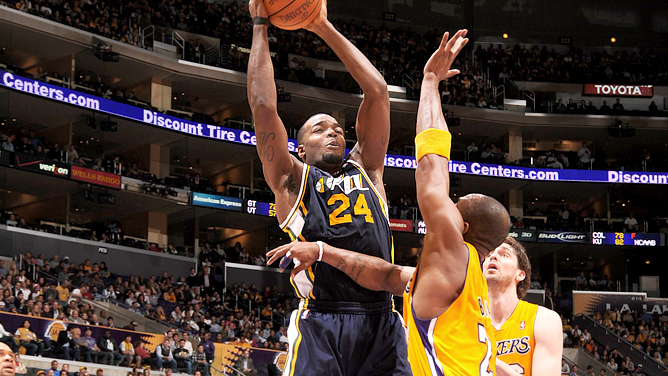 Kobe Bryant wasn't about to disparage Jerry West for saying the Los Angeles Lakers are "getting long in the tooth." He just begged to differ. West, a Hall of Fame player and former Lakers general manager, suggested last week at a speech in Orange County that there's a connection between the Lakers' age and their consistency on defense. Ten of the Lakers are 30 or older, including starters Bryant (32), Derek Fisher (36), Ron Artest (31) and Pau Gasol (30). "If there's a loose ball now, how often do they get to it? The reason you can't play defense is because you can't," West was quoted as saying by the Orange County Register. Asked about West's comments after the Lakers routed Utah 120-91 on Tuesday night, Bryant said, "We've been pretty good on defense all year. The numbers don't lie." Full story ».