Would a big-boy breakaway affect tourney?

There's been a lot of talk lately about a new, separate division in college athletics. The big boys breaking away to govern themselves, fleeing the controversy-riddled NCAA.

The five major football conference commissioners each had a turn during their football media days last month to discuss the future of the NCAA -- and they weren't shy about the topic. The overall theme was a need for change, and everything seemed to be on the table.

So the threat of separation -- talk of which has been around for years but never really taken seriously -- is real now. At the NCAA convention in January, a revolution could be at hand -- at the very least dealing with the way the NCAA is administered.

What effect could this have on the sport of college basketball? Could the most sacred of all NCAA championships -- the men's basketball tournament -- be radically altered as a result of these changes?

Not likely, say the three commissioners who run the highest-profile hoops-driven conferences that don't sponsor Division I football (Big East, A-10 and WCC). 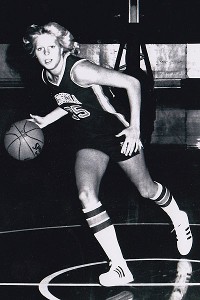 Courtesy of Val AckermanNew Big East commish Val Ackerman played college basketball and is fully aware of its importance within the NCAA.

"My starting point is that this is not recent,'' said new Big East commissioner Val Ackerman. "These comments aren't that new. I agree we need to take a hard look at the structure and the divisions and see what the role of conferences and the NCAA headquarters should be. I think the discussion that would seem to be most appropriate is around football, whether or not there needs to be a new kind of division.

"But I think basketball is a different sport, as are the other sports, in ensuring that no matter what structure [of the NCAA] is devised, the basketball tournament should be preserved. People want the great stories -- Florida Gulf Coast, Wichita State or Butler. That's what college sports is about.''

A basketball tournament without schools in basketball-rich areas in the Big East, for example,  wouldn't make any sense, she added.

"Participation of all Division I schools in a Division I championship in basketball, field hockey or whatever is worth fighting for, regardless of football decisions,'' Ackerman said.

College football already is separated to some degree, with the conferences keeping the bowl money and controlling the sport's championship. The NCAA is only in place to administer the rules and regulations. Ackerman, a member of the Knight Commission, thinks "at the very least the NCAA should be compensated," something she would likely find strong resistance to from her conference commissioner colleagues in the ACC, SEC, Pac-12, Big Ten and Big 12.

"[The NCAA] doesn't get any share of football revenue," Ackerman said. "The conferences have it both ways. They want the NCAA to deal with academic eligibility and enforcement, but they don't get any revenue out of the pot.''

Ackerman does believe there needs to be a restructuring within the NCAA and is in favor of delving deeper into the stipend issue, especially in light of the ongoing O'Bannon lawsuit against the NCAA that deals with profiting off player images.

But Ackerman sees no scenario where the NCAA tournament would be touched by any major structural change to college sports.

Neither does West Coast Conference commissioner Jamie Zaninovich, who is currently on the men's basketball selection committee.

"There is going to be change, but it's unclear what that change looks like in the NCAA,'' Zaninovich said. "We think we all make a strong case that we bring a lot of value in men's basketball and in other sports. But at the end of the day, we're not the ones making the decision.

"But I haven't talked to anybody -- and I talk to a lot of people, but anybody with a significant voice -- that doesn't believe there should remain a consistent NCAA men's basketball championship, and all championships that we have. They are all very successful properties and are very successful for the student-athlete experience.''

The NCAA membership relies heavily on the 14-year, $11 billion men's tournament deal that was signed in 2010 with CBS/Turner.

"I'm confident that whatever happens with the NCAA, those things will remain the same,'' said Zaninovich of the championships. "The consensus is with our TV partners, city hosts and student-athletes that one of the best things we have is our championships.''

Zaninovich didn't dismiss some sort of new cut for Division I dealing with allocating resources, cost of attendance and so on. But he scoffed at any notion of changing the existing NCAA tournament model to segregate the financial haves and have-nots among the schools. 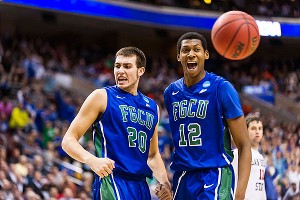 "It's obvious how important the funds of the NCAA tournament are to the NCAA budget,'' Zaninovich said. "That can't be understated. But the tournament has never been healthier. Our digital and mobil growth audience is all trending in the right direction. Florida Gulf Coast was one of the best stories ever covered. Those things are hard to replicate in other sports, especially if you only had 60-something schools with access to the event. There is no scarcity in the underdog story. That's what is compelling.''

Atlantic 10 commissioner Bernadette McGlade agreed that there should be change in the governance with all 32 conferences represented on the board, but she wouldn't be opposed to weighted votes based on each conference's financial influence in the NCAA. The current board has 11 permanent Football Bowl Subdivision representatives and seven rotating Football Championship Subdivision reps.

"So much of the NCAA's core fabric is the basketball championship,'' McGlade said. "A nationally relevant, basketball-centric league and the big five conferences can coexist together. We have to take the concerns of the BCS-level leagues seriously. We need to address them. We voted for the stipend. We are aligned philosophically.''

McGlade scoffed at the idea that the top three or four in the A-10 or the new Big East wouldn't be able to compete with the top of the big five football conferences. Everyone knows in basketball that is true. So a tournament with those conferences alone doesn't make sense to the commissioners, and they don't see how the public or the television partners would ever agree to such a proposal.

"The overall massive appeal is driven by the Cinderella story and with everyone having a chance to win,'' said McGlade, who also pointed out that the five football conferences don't touch much of the population-heavy Northeast (outside of Boston College and Syracuse), where the A-10 and Big East dominate. Holding a tournament without the majority of the Northeast corridor would exclude important markets.

"I'm optimistic that the big five don't want to destroy the championship,'' McGlade said. "They want to seek change, but everyone puts a tremendous amount of value on the championship."