It ain't easy being John Calipari.

Oh, I know: Every coach in the country would volunteer his left pinkie for the star-studded lineup Calipari assembled this season, a glittering collection of NBA lottery talent. And most coaches would love to be the Official Governor of Big Blue Nation, spurred on by the devoted love of a state full of dedicated basketball maniacs. Calipari sits atop one of the few thrones in the sport, and he has worn the crown with style and pomp. Life in the Commonwealth is most definitely good.

But that doesn't mean it's easy.

In fact, the advantages of Calipari's job can frequently double as its drawbacks. That insane talent only raises expectations, expectations that create in fans not hope but demands: win or else. Every move on this team is scrutinized by a local media corps year-round, 24/7, 365. The position Calipari has put himself in with this team is enviable, sure, but it is also tenuous; there is absolutely no margin for error.

Which only makes the coaching job he's done this season all the more impressive. First, Calipari had to assemble this juggernaut. (Recruiting is often overlooked in coach-of-the-year discussions, but why?) Then, he had to solder disparate talented parts -- the kind of top-end AAU stars who might easily bristle against diminished roles -- into a basketball team even better than the sum of its parts. Then, he had to guide that team through the maelstrom that is basketball season in Kentucky, particularly a basketball season in which nothing but a national title can be considered a success.

The Wildcats are very nearly there. Does Calipari have the best talent in the country? No question. Are Calipari's problems of the high-class variety? Oh yeah. But high-class problems are still problems, and no coach in the country -- through the media, through point-perfect long-view guidance, through in-season adjustments designed to maximize each player's ability -- manages them better than the governor of BBN.

Sure, sure: Saying Calipari's job is hard is like saying driving a Maserati is too stressful. But the driver still has to hit his turns, and Coach Cal hasn't missed one.

Rick Pitino insisted that, outside the birth of his three children, no day in his life was better than this past Saturday, when Louisville topped Florida to make it to the Final Four.

It sounded like adrenaline-fueled hyperbole, but Pitino makes a valid point. On a résumé dotted with impressive results, this season just might be the most miraculous and magical, not to mention the best coaching job in Pitino's illustrious career.

Louisville is going to New Orleans thanks to a 2-guard who drives his coach crazy, a point guard who ranked 175th in assist-to-turnover ratio and a big man who, up until a year ago, didn't have a single offensive move in his repertoire.

But mostly Louisville is going to New Orleans because a would-be (should-be) Hall of Fame coach pushed every right button at every critical juncture. When injuries decimated his roster, Pitino slowed things down, and when everyone finally got healthy, he went back to his roots, pushing the tempo and turning a team that is short on offensive savvy into a defensive swarm.

No one will even try to argue that this is among Pitino's top-five (top 10?) talented teams, but what the Cards may lack in skill, they make up for in gumption. They are relentless, a team that never seems to accept the fact that it can't or shouldn't be able to come back.

In a high-end Final Four, Louisville is the only real underdog, a team that limped into the postseason, losing four of its final six regular-season games.

Yet Louisville is going to New Orleans because one of the most successful coaches in the game did the best job of his career.

Thad Matta and Bill Self

In late February, Thad Matta curtailed the bravado of a talented Buckeyes squad by kicking his team out of practice.

Matta knew that he had the pieces to reach New Orleans, but at the time, the promising crew seemed to lack the focus to get there.

Ohio State became a national title contender the moment that Jared Sullinger fulfilled his promise to return for his sophomore season. Lost in that signature development, however, was the team's reliance on youth and the leadership void left by three graduating seniors.

The Buckeyes endured a 2-3 stretch in February that warranted questions about the way they'd end the season. Yes, they had weapons, but without the proper drive, they'd never achieve what their abilities suggested they were capable of accomplishing.

His elite coaching prowess has been proved by the development within his program. Deshaun Thomas enters the Final Four as one of the most potent scorers in the field. Aaron Craft's defensive fortitude has disrupted offense strategies all season. Sullinger lost weight and added new offensive wrinkles to his game under Matta's watch, too.

But the head coach deserves just as much credit for his ability to mold this young group mentally. Matta didn't have the veteran leaders who had led some of his Buckeyes teams in recent years, and unlike his 2006-07 NCAA national runner-up squad, he didn't have three first-round picks.

Matta's tutelage, however, fueled a rapid maturation process that equipped the Buckeyes with the proper mindset in March, even though they didn't appear to have it in late February. Every time his youthful team moved off track, Matta brought it back. Sometimes, he had to praise players after tough outings. On other occasions, he had to humble them like the day he booted them from practice.

But in the best coaching performance of his career, Matta became Ohio State's maestro.

And that's why the Buckeyes are still making music.

Back in October, a few days after the start of official workouts, Bill Self re-evaluated his expectations for this season's squad.

Coaches often downplay the potential of their team, but in this case, Self's concern seemed genuine. The Jayhawks had lost four starters and six of the top eight players from a roster that finished 35-3 the previous season. Only two returning players -- point guard Tyshawn Taylor and forward Thomas Robinson -- averaged more than four points per game in 2010-11.

When Kansas defeated Ohio State at Allen Fieldhouse in December, Self was thrilled, for reasons you may not expect.

"We needed a feather in our cap," said Self, whose team had already lost to Kentucky and Duke. "We needed to beat someone to get into the tournament. At that point we hadn't done it."

It happened because of Self, who has turned what was supposedly his worst team into one of his best. This is the second Final Four appearance for Self, who has won more games than any other college coach in America since his arrival at Kansas in 2003-04. Self sparked KU to the NCAA title in 2008. As impressive as his efforts were then, his excellence has been magnified more this season than in any other in his career.

In Robinson, Self took a player who averaged a little more than 14 minutes off the bench last season and turned him into a Wooden Award candidate.

Taylor, a third-team All-American, went from being one of the most criticized players in KU history to one of the most loved. Self transformed role players such as Jeff Withey, Elijah Johnson and Travis Releford -- all of whom averaged between two and four points last season -- into solid players and contributors.

Kansas advanced to the Final Four by beating a North Carolina team that played six McDonald's All-Americans. The Jayhawks don't have any. With Self on the sideline, it didn't matter.

It hasn't all season. 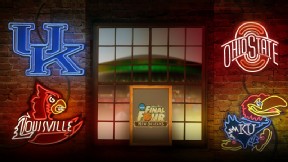 COUNTDOWN TO THE FINAL FOUR 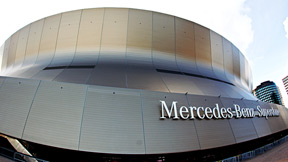 Sixty-eight teams had their sights set on New Orleans. Only four made it to the Big Easy. We've got it all covered at the Superdome.